A recent study finds Gibraltar holds the largest known Crag Martins roost in the world, with a record 12,000 birds this past winter, representing 1-2% of the European population. The birds have been roosting in Gorham's Cave. The study was led by the University of Gibraltar and has been published in the Nature research journal Scientific Reports.

Shelina Assomull spoke to the Museum's Tyson Holmes, but first to the University's Keith Bensusan. 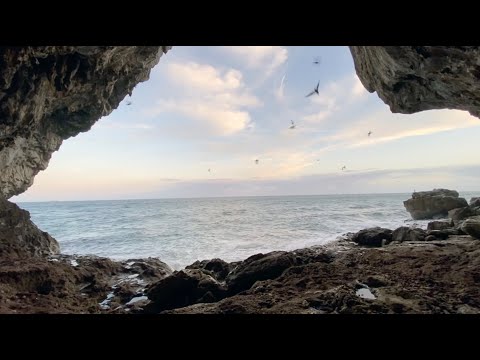 The study has been conducted by the Botanic Gardens, the Gibraltar Museum and GONHS and is funded by the University of Gibraltar.

Keith Bensusan of the University says that its publication in Scientific Reports will allow it to be read by many experts in the field, and give the University's research some exposure.

Those involved in the study have been tracking these birds since 2016 and have found the populations to be growing, with the birds actually returning to Gorham's Cave year on year during the winter.

"When the environment is protected, wildlife thrives."

He mentioned counting 5,000 birds entering the cave one evening and 12,000 birds on another evening. Counting just 20 birds flying around would be difficult. Not sure how they would count birds flying around because birds do not always fly in a linear fashion or one at a time. They circle around sometimes; going back-n-forth. Perhaps a photo is taken of the birds entering the cave and then they count the birds in the image. 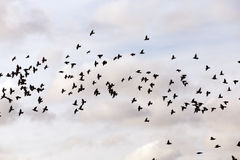 I found this article helpful to understand how they count birds:

Learn how to count birds, from single birds to large, active flocks, and why accurate bird counts matter.