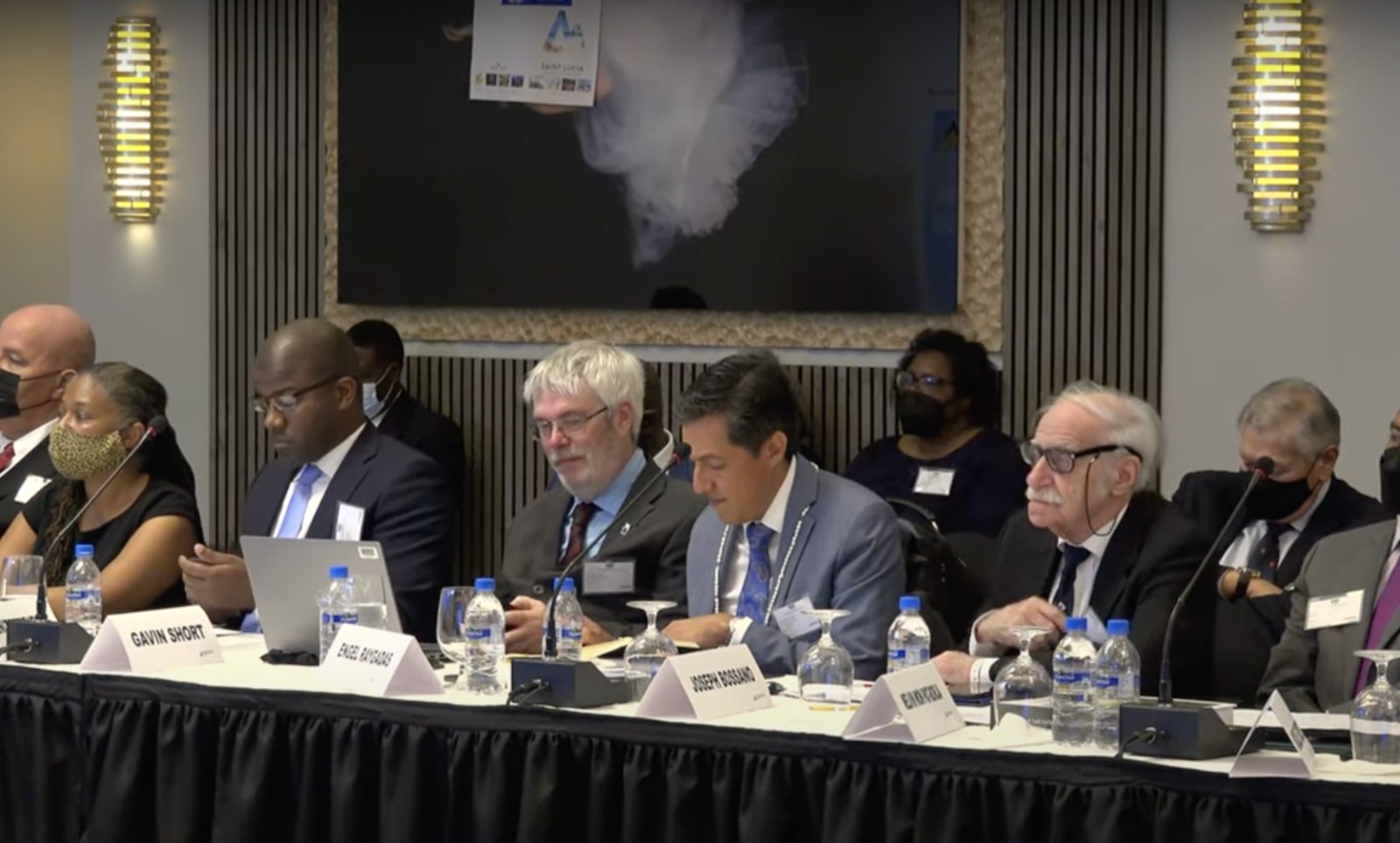 Spain “will never get Gibraltar back”, Sir Joe Bossano told a United Nations decolonisation seminar in St Lucia last week. Addressing the annual seminar that prepares the ground for the Committee of 24 meeting in New York, Sir Joe outlined the...

Addressing the annual seminar that prepares the ground for the Committee of 24 meeting in New York, Sir Joe outlined the well-documented differences between Gibraltar and Spain on the issue of sovereignty and said the Spanish arguments would amount to “perpetual colonisation” if put into effect.

And as he sought to “demolish” those Spanish arguments, he warned too of the rise in popularity of the far right party Vox in Spain and what that would mean should it ever attain power in government.

“These are the good guys,” he said of Spain’s current Socialist government.

“So imagine what happens if the bad guys get elected.”

With an eye on ongoing negotiations for a UK/EU treaty on Gibraltar’s future relations with the bloc, he said that without Schengen access, Gibraltar would be outside Spain’s external EU frontier, something that “will reduce fluidity of movement”.

“If Vox wins any future election and enters into Government, they may even try to starve us out,” he told delegates.

“But whatever they do, they will never break the Gibraltarian spirit.”

“Like the fascist dictator Generalissimo Franco, all they will achieve for our neighbours in the hinterland, El Campo, will be unemployment and emigration as in 1969, which we would very much regret.”

“The sovereignty of our nation is clearly that of Her Majesty the Queen of Gibraltar, who together with Government ministers constitute the Gibraltar Government that exercises executive power.”

“That is how it is, that is how it's going to stay and the sooner Spain accepts that reality, the better.”

Sir Joe reminded delegates that he had been addressing the UN for 30 years and that in that time, had garnered support from many delegations.

But he acknowledged too that Spain “is the one we need to convince”.

“If we ever do, the so-called doctrine of the UN will disappear overnight, of this I have no doubt,” he said.

And while he professed to have seen “a chink of light” from Spain at last year’s seminar in Dominica, Madrid’s position in New York remained unchanged.

Sir Joe said the Spanish position was fundamentally flawed because decolonisation “has always been about people, not disputed ownership of real estate”.

He said UN resolutions calling on the UK and Spain to decolonise Gibraltar were, in practice, “a clear example of colonialist behaviour”.

“Two colonial powers were to decide what was in a colonial people's interest, irrespective of their wishes and aspirations,” he said.

“This, Spain says, is the UN doctrine for our decolonisation.”

“If so it would be the most shameful betrayal of the rights of non-self-governing peoples in the history of this organisation.”

“This could never be decolonisation, it would be perpetual colonisation.”

He cited Spain’s argument that the UK had taken control of the isthmus, which was not ceded under the Treaty of Utrecht, and Madrid’s view that this meant UN resolutions for the progressive development of self-government were “rendered inapplicable” to the people of Gibraltar, trumped by the principle of territorial integrity.

“This, which would render our people homeless and stateless, is what Spain tells the world is the UN doctrine as the only option for Gibraltar's decolonisation,” he said.

The Treaty of Utrecht, in any event, “was broken” by Spain's many military attempts to recapture Gibraltar and “can hardly still be valid”.

It was a treaty, he said, that reflected the values of the 1700s, prohibiting the residence of Muslims and Jews in Gibraltar and making provision for the transportation of slaves from West Africa.

It was “a totally anachronistic and worthless piece of paper, used by both UK and Spain to deprive us of our rights to self-determination,” Sir Joe said.

He told the seminar too that successive Gibraltar governments had rejected UN call for bilateral dialogue between the UK and Spain under the Brussels Agreement.

“Now, no one in Gibraltar supports the return to Brussels or the issues of sovereignty being discussed between Spain and UK, with or without Gibraltarian participation,” he said.

And in response to Spain’s claim that Gibraltar had “a pernicious effect” on the Campo, he reminded delegates that Gibraltar bought goods and services from the Spanish hinterland and contributed 25% of the Campo’s GDP.

Why Gibraltar is Historically British - a bit of history and a bit of Biblical prophecy. Approx. 5 min. 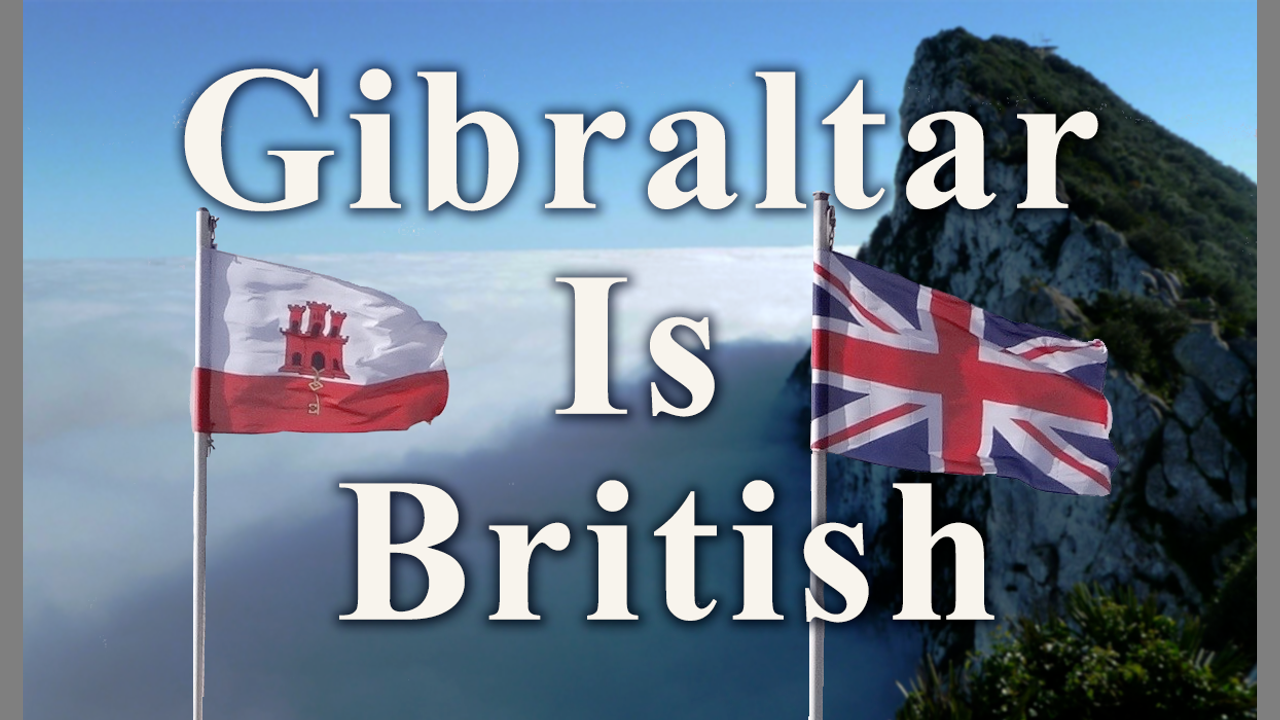 Why Gibraltar Is Historically British

His Rock of Defence – British Gibraltar As promised by God, the British possess the Sea-Gate of the Mediterranean – the Fortress of Rock, the strong-hold of His Defence Genesis 21:12 And God said unto Abraham, Let it not be grievous in thy sight...