Spain to ban plastic wrap for fruits and veggies 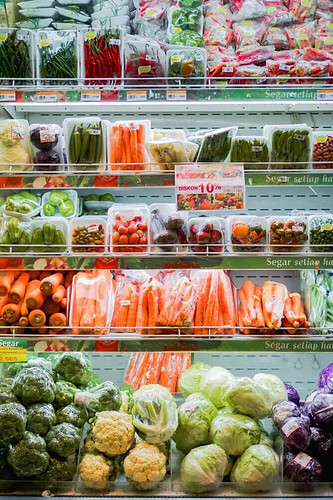 Spain to ban plastic wrap for fruits and veggies - NationofChange

The plastic waste used to wrap fruits and vegetables has been opposed by environmental groups both in Spain and abroad.

In the battle against plastic pollution, Spain has zeroed in on a new target — the plastic used to wrap fruits and vegetables in the supermarket.

Plastic-wrapped produce will be banned in the country beginning in 2023, according to a decree currently being drafted by the Ministry for Ecological Transition, as sources familiar with the matter told Spain’s El País Wednesday.

“[We want to] fight the overuse of packaging in the most effective way,” a ministry spokesperson told El País, adding that plastic pollution “has exceeded all limits.”

Malaga company creates bioplastics from tomatoes that decompose in seawater

Not sure if this is a step in the right direction - using food (which could to sent to feed the hungry) for industrial packaging.

Say Goodbye to Plastic Preserve your food & protect your family with our...

Once everyone goes back to the land, turning their weapons into Ploughshares, probably old-fashioned canning will become commonplace again.