Spain considers an F-35 order. Is the FCAS threatened? Spain considers an F-35 order. Is the FCAS threatened?

Spain acquiring the F-35 aircraft could require the transfer of strategic data on the FCAS, the upcoming European fighter jet, to the United States.

Spain reportedly considers an order for a total of 50 F-35 stealth fighter jets. The order would comprise 25 F-35B and 25 F-35A, a Lockheed-Martin official told Jane’s on the sideline of a Royal Institute of International Affairs session. The F-35A would come as a replacement for the aging F/A-18 Hornets of the Ejército del Aire, the Spanish Air Force. As for the F-35B, it would allow the Spanish Navy to retire its antique AV-8 Harrier II, operating from the Juan Carlos I aircraft carrier.

The replacement of the Harriers does not come as a surprise by the F-35B, given is the latter is the only modern VSTOL aircraft available on the market. The acquisition of the F-35A by the Air Force is a bit more unexpected.

In October 2020, the Spanish government announced the purchase of 20 additional Eurofighter Typhoons for €2 billion. That acquisition was seen as a stopgap solution for the Ejército del Aire while waiting for the development of the Future Combat Air System (FCAS) and its Next Generation Fighter (NGF). One could have expected the Spanish government to continue on that route.

The Spanish Navy and Air Force are still interested in the American F-35 fighter jet, even though the government is about to join a Franco-German program to develop a new European plane. 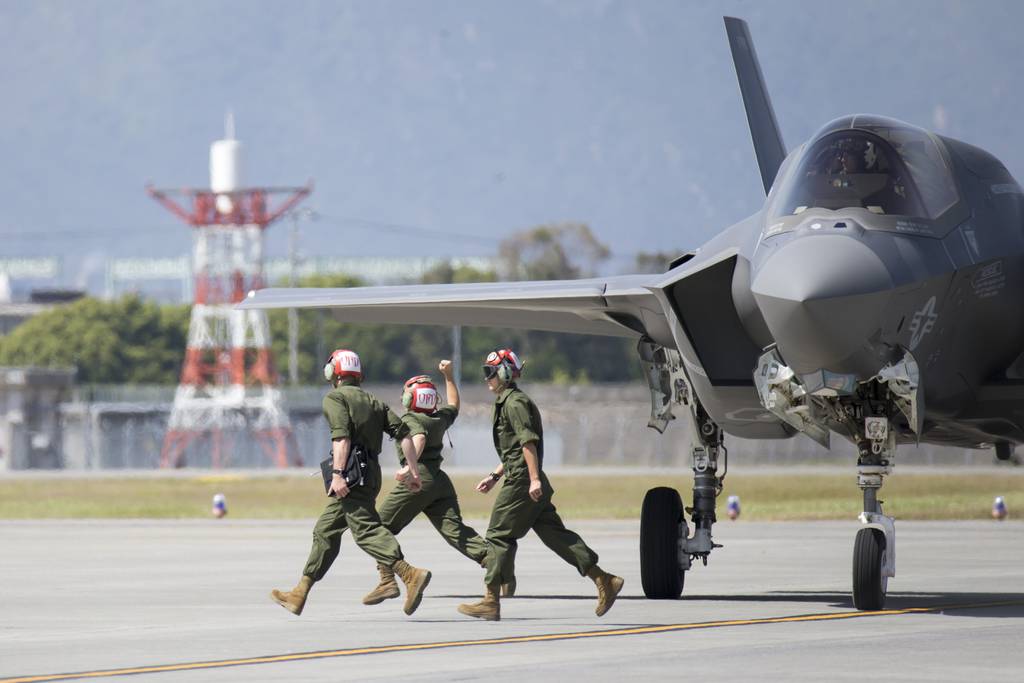 Spain has no interest in the American F-35 fighter jet and is solely committed to the Future Combat Air System that it is pursuing with France and Germany, a defense spokeswoman told Reuters.

WASHINGTON — Spain has no interest in the American F-35 fighter jet and is solely committed to the Future Combat Air System that it is pursuing with France and Germany, a defense spokeswoman told Reuters.

The statement comes after Spanish officials at a defense exhibition in Madrid last week said the Lockheed Martin-made plane was a least a theoretical contender for the Spanish Navy and, if the sea service were to select it, the Air Force.

“The Spanish government has no budget to enter into any other jet project in addition to the one that is already in place. We rule out entering the F-35 project. Our investment commitment is in the FCAS,” Reuters quoted a defense ministry spokeswoman as saying in a Nov. 9 report.

Rejection of the F-35 comes after speculation on social media the country was actively looking into a purchase, based on a separate report in the London-based Janes defense publication last week. That article cited information about a Lockheed Martin F-35 sales campaign in Europe, including in Spain, as coming from “an official,” with no affiliation given.

The case of the prospective F-35 sale to Madrid was particularly sensitive, as Spain is working to establish itself as an equal partner with Germany and France in the FCAS program. Giving the impression of flirting with the American product at the same time would have undercut Madrid’s aspirations toward that end. 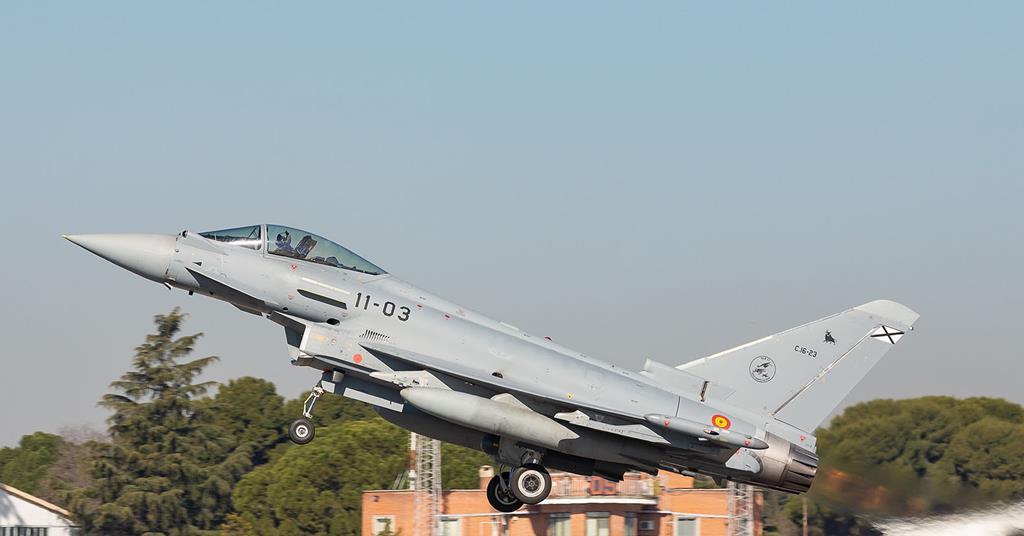 “The F-35 is an available aircraft, but for Spanish industry and for the Spanish customer, the Eurofighter is the right choice,” claims Kurt Rossner, Airbus Defence & Space’s head of combat aircraft systems.

For Spain, we are prepared to deliver aircraft as fast as possible” to meet the Halcon programme requirement, he adds. The nation’s air force already has 68 examples in active use, Cirium fleets data shows.

While Airbus believes it is best placed to deliver, Rossner notes of the reported F-35 interest: “It would be a surprise if Spain would not have not discussed it.”