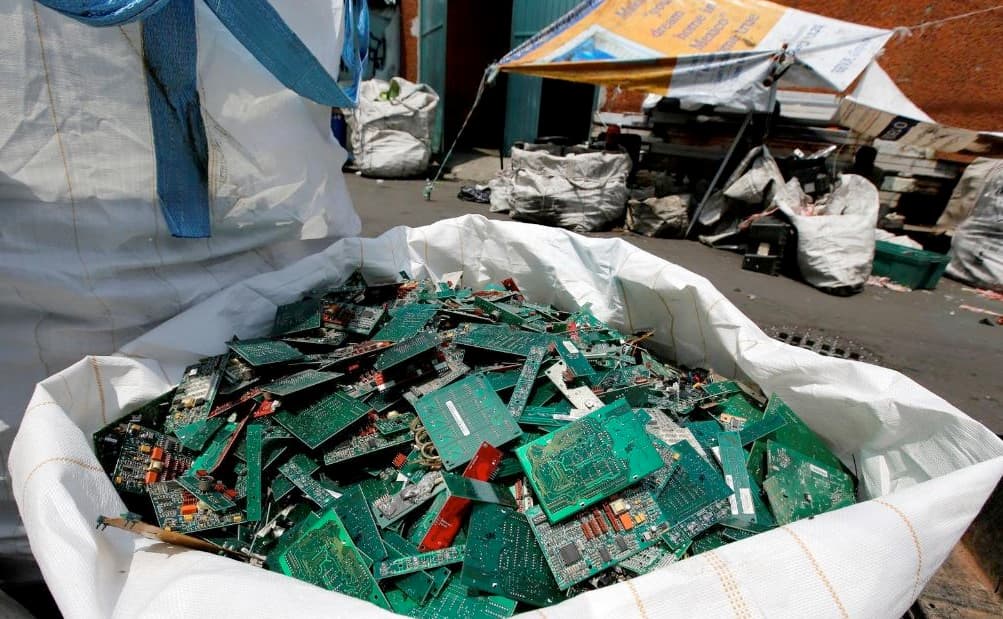 Madrid: Spanish police have broken up a criminal group that smuggled over 5,000 tonnes of hazardous electronic waste from Spain's Canary Islands to several African countries, authorities said on Tuesday.

Police arrested 43 people suspected of having illegally shipped 331 containers of used electronics to Africa over the past two years, the finance ministry said in a statement.

The network allegedly forged customs documents for the exported waste to make it seem that the containers held second-hand goods, in an operation valued at over 1.5 million euros.

Most of the trash was sent to Ghana, Mauritania, Nigeria and Senegal.

Africa has become a major dumping ground for discarded electronics from around the world, known as e-waste.

This is often burned to extract minerals such as aluminium and copper that can fetch a high value when resold.

Electronic devices and vehicle parts can contain cadmium, mercury, lead, arsenic and other substances that can harm the environment or human health when they are not properly handled.

Apocalypse/Revelation 11:18 And the nations were angry, and Thy wrath is come, and the Time of the "Dead", that they should be Judged, and that Thou shouldest give reward unto Thy Servants the Prophets, and to the holy people, and them that fear Thy name, small and great; and shouldest DESTROY THEM WHICH DESTROY THE EARTH. SIGNS