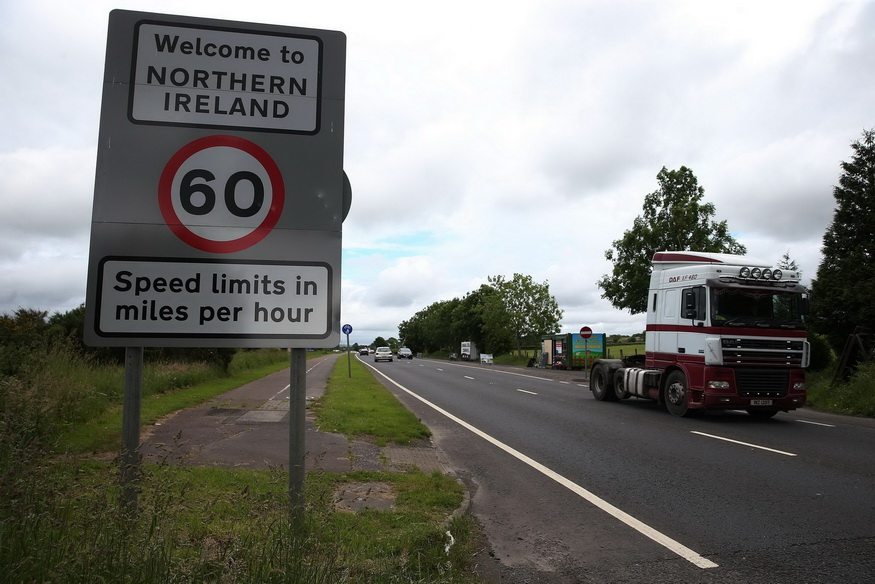 By PA reporters and Chronicle staff The situation surrounding the Northern Ireland Protocol is “now very serious”, the Prime Minister has indicated, amid concern of a breakdown in rlations between the UK and the EU. Boris Johnson spoke to I...

By PA reporters and Chronicle staff

The situation surrounding the Northern Ireland Protocol is “now very serious”, the Prime Minister has indicated, amid concern of a breakdown in rlations between the UK and the EU.

Boris Johnson spoke to Irish premier Micheal Martin about the post-Brexit arrangements on Tuesday following reports that officials working for Foreign Secretary Liz Truss have drawn up draft legislation to unilaterally remove the need for checks on all goods being sent from Britain for use in Northern Ireland.

A Cabinet Minister later said the UK is “not ruling out” unilaterally suspending parts of the Northern Ireland Protocol if the European Union is not willing to discuss reforms.

Commons Leader Mark Spencer told BBC Radio 4’s PM programme: “I think the first stage here is to get round the table and recognise the joint challenge and to make sure we open those channels of dialogue.”

Asked whether that meant the UK would not “act unilaterally”, Mr Spencer replied: “I’m certainly not ruling that out.

“I think at some point in the future, if the EU won’t come to the table and won’t help us solve the challenges that Northern Ireland is facing, then we will have to look at what we can do as a UK government.

“But the first stage here is clearly dialogue and to say to the EU: Look help us sort this out.”

A unilateral decision to withdraw from the Northern Ireland Protocol could trigger a major breakdown in relations between the UK and European Union.

The renewed tension between London and Brussels comes too after a dramatic election result at the weekend in which Sinn Fein emerged as the largest party in the Northern Ireland Assembly and overtook the DUP to become the first nationalist or republican party to emerge top at Stormont.

Although the Brexit issues arising in Northern Ireland are different to those that affect Gibraltar, there will be concern that any breakdown between the UK and EU over Northern Ireland could delay or potentially even derail efforts to reach agreement on a framework for Gibraltar’s future relations with the bloc.

Negotiators working toward a Gibraltar treaty meet again in London today for a second day of talks in what is now the eight formal round of negotiations.

Chief Minister Fabian Picardo said he would make a statement to Parliament next Monday to offer an update on the latest developments in the talks.

In a Downing Street account of the call between Mr Johnson and Mr Martin, the two leaders agreed on the vital importance of restoring the devolved institutions in Northern Ireland as soon as possible.

The Prime Minister was said to have made clear that the situation in respect of the protocol was now very serious.

He also said that the balance of the Belfast (Good Friday) Agreement was being undermined and the recent elections had further demonstrated that the protocol was not sustainable in its current form.

“Despite repeated efforts by the UK Government over many months to fix the protocol, including those sections related to the movement of goods and governance, the European Commission had not taken the steps necessary to help address the economic and political disruption on the ground,” a Downing Street spokesman said.

“The Prime Minister reiterated that the UK Government would take action to protect peace and political stability in Northern Ireland if solutions could not be found.”

An Irish Government spokesman said the Taoiseach had urged Mr Johnson “to engage in intensified EU-UK discussions to address issues relating to the implementation of the protocol”.

The spokesman added: “He set out clearly his serious concerns at any unilateral action at this time, which would be destabilising in Northern Ireland and erode trust.”

“The Taoiseach pointed out that the EU has engaged constructively in the protocol discussions, addressing the issue of medicines, and last October putting forward a substantial package of flexibilities and mitigations, including on customs and SPS arrangements.”

“The Taoiseach stressed to the Prime Minister that the way forward should be through continued engagement with a view to arriving at agreed EU-UK solutions that address the practical issues arising around implementation of the protocol.”

In a statement on Tuesday afternoon, European Commission vice president Maros Sefcovic said renegotiation of the protocol was “not an option”, and that unilateral action by the UK would make work on possible solutions “more difficult”.

“The EU has been open to joint work with the UK on implementing the protocol to bring long-term legal certainty and predictability to the people and businesses in Northern Ireland,” he said

“The EU remains open to such discussions. Only joint solutions will work. Unilateral action by the UK would only make our work on possible solutions more difficult.”

“The protocol, as a cornerstone of the Withdrawal Agreement, is an international agreement. Its renegotiation is not an option. The European Union is united in this position.”

The Prime Minister and the Taoiseach also discussed the need to restore powersharing in Northern Ireland following the Assembly elections.

The Irish Government spokesman said both leaders agreed on the importance of “having a strong functioning executive in place to deliver for the people of Northern Ireland”.

He added: “The Taoiseach emphasised the importance of the two governments working together in support of the full operation of the institutions of the Good Friday Agreement.”

Mr Johnson also had calls with DUP leader Sir Jeffrey Donaldson who reiterated his position that there must be action on the protocol before his party will enter government.

Speaking after the call, Sir Jeffrey said he was not “setting a time frame” according to which the UK Government must take action on the protocol.

Asked if legislation should be introduced to satisfy bits of the protocol “within weeks”, the DUP leader said: “I’m not setting a time frame for this; what I am making absolutely clear (is) it is decisive action that we need, and we need that to happen quickly.”

On the earliest point at which the DUP could return to powersharing in Northern Ireland, he said: “I’m not measuring this by time frames; I’m measuring it by outcomes.”

He said he had reached out to the EU and was hoping to meet with the EU ambassador to “receive an update from them”.

Sinn Fein’s Stormont leader Michelle O’Neill has insisted an Executive must be formed now, adding: “The public here can’t be a pawn in the British Government’s game of chicken with the EU.” 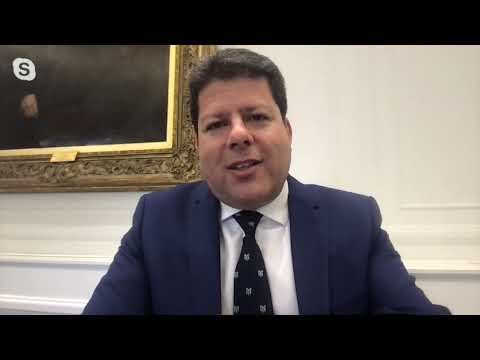 EU TREATY OVER THE ROCK ‘ON ROCKY GROUND’?

It has been made clear throughout that the negotiation of a treaty between the EU and the UK over Gibraltar was a very different venture from events happening over the Northern Ireland Brexit Protocol, but recent developments lead to some uncertainty.

Optimism on achieving a treaty over Gibraltar has been the emphasis of the Chief Minister, Fabian Picardo, throughout, even up to and including yesterday, the 11th May 2022.

The distinction between the Gibraltar situation and that of Northern Ireland was expressed clearly, as recently as last September.

Wendy Morton, the then Europe Minister, said about Gibraltar, when giving evidence to a Committee of the House of Commons, “the Northern Ireland issue is very, very different… It’s very, very separate to the Gibraltar issue.”

It is a statement that was and remains true, but, however true, it is not that which may be the problem now. The question may now be one of trust, with Gibraltar being affected by a breakdown in relations between the EU and the UK.

Nations keeping their word, as agreed in treaties, is a central doctrine of international law, and is crucial to uphold the trust and faith needed to convince countries to enter treaties with each other. Breaching, or seeking to change, a treaty is seen often as undermining that much needed faith between nations.

Regrettably, whilst the Northern Ireland and Gibraltar situations are viewed as being and are very different, any perceived lack of adherence to agreements by the UK over Northern Ireland, may be seen by the EU as undermining confidence in the desire of the UK to adhere to a treaty, even one that may be reached over Gibraltar.

Press reports emphasise that the Chief Minister, Fabian Picardo, considers that all parties negotiating the proposed treaty over Gibraltar continue in a state of strong optimism. That despite the increasing tensions between the EU and UK over the Northern Ireland Protocol to the UK Brexit Treaty. The positivity was expressed after two days of negotiations, which came to an end yesterday.

Simultaneously, however, the British Prime Minister, Boris Johnson, is reported as threatening to overturn aspects of the Northern Ireland Protocol, in favour of the more important Good Friday Agreement, which led to peace in Northern Ireland. He referred to the need for the support of the Catholic and Protestant communities, which the Protocol does not have.

The EU, prior to Liz Truss’ latest statements. had not received that news favourably, insisting that the Northern Ireland Protocol, which the Prime Minister was central in achieving, should not be interfered with, nor that a new negotiation should be started.

The Prime Minister’s reaction comes in the wake of the elections results in Northern Ireland.

Sinn Fein, for the first time, gained the largest number of seats in Stormont, so it nominates the first minister.

The second party in the polls, the Democratic Unionist Party [DUP] indicated that it would not name a deputy first minister, or re-engage in a power sharing government, unless action was taken by the UK with the EU on the Northern Ireland Protocol, and those matters dealt with.

DUP leader, Sir Jeffrey Donaldson, after complaining about the harm the Northern Ireland Protocol is doing to businesses, and its effect in increasing the cost of living, said, “It has also altered our constitutional relationship with the rest of the United Kingdom without our consent”.

The promise from the GSLP-Liberal Government is that any treaty over Gibraltar will not alter its constitutional relationship with Britain, with Gibraltar’s British sovereignty remaining untouched, despite any compromises and fudges needed to arrive at agreement.

The Bloomberg news agency has suggested, however, that the EU may take various steps against the UK, including stopping talks on future Gibraltar relations with the EU.

Other measures, which it reported may be taken not engaging Gibraltar, include infringement proceedings against the UK, suspension of the EU-UK trade agreement, and a freeze on the beneficial access of UK companies to the EU market.

TIME TO WAIT AND SEE

The question is whether the statement that the Chief Minister envisaged making earlier this week has had to be changed due to the developments in Northern Ireland impacting on the Gibraltar EU-UK talks.

What has happened in the last days may have cast a levanter cloud over that statement, and over what may develop engaging Gibraltar’s future relationship with the EU. Right now, Gibraltar can only wait and see what happens.