Should there not be an inquiry into GBC?

Being infatuated with anything can be a dangerous thing, and when you happen to be the Chief Minister infatuated with GBC, could even cost him his seat in Parliament, because he is incapable of recognising the situation he is facing especially at a time when his government is working from a deficit - and he is as pleased as Punch forking out over £14 million for GBC for the little they produce.

When the GBC manager earns more than Government ministers, and even others, more than the elected Opposition including the Leader of the Opposition, people will wonder what on earth is going on.
As a television station, GBC produces only 4 hours a day including repeats and what many consider to be sub-standard programing. GBC is a village station but engrossed in an air of grandeur, and now living in luxury at taxpapers' expense. 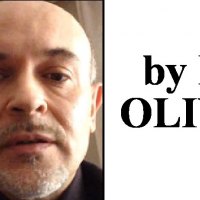 The migration of GBC from dilapidated studios at Broadcasting House to its new luxury hotel at South Jumpers Bastion has raised many eyebrows in the community. After a series of insipid relaunches, renovations, re-brandings and aborted attempts at relocations, the definitive resettlement was accomplished in August.

An exultant CEO Gerald Teuma heralded the providential tidings from his multi-million pound, state-of-the-art TV headquarters. Beaming with smug self-satisfaction he said that “despite the fact that it has cost a significant amount of money, it would not be as much as you would expect.”
He explained that the total cost of the fit-out and redesign of the building amounted to £3.7m of which GBC had contributed £700,000, so the hit to government coffers had ‘only’ been £3m. The building has been rented from the developer at a cost of £300k a year in rent. But this does not tell the true story of direct public funding at GBC.
Teuma is an old hand at this game and his opening message in tried and tested pre-emptive tactic tradition was to warn the public not to expect more.
“We cannot deliver more than what we did, we are maxed out,” further stating that the operational budget has not increased and neither has the number of staff.
Value for money?
He also vowed that the overall GBC product, both radio and TV will improve.
That remains to be seen. For now, as Panorama already pointed out, all we have seen is a background panel of images and a person reading the news standing up and then sitting down. Let us examine more closely where the broadcasting monopoly is today: one thing is Teuma’s optimistic narrative, and quite another the reality of GBC television output. Do the CEOs claims stand up to scrutiny? The key question is, does it deliver value for money?
Previous manager did better with shoestring budget
GBC staff is growing all the time. It has become an unmanageable leviathan sucking the udders of the state dry especially in the past decade. The trickle of staff vacancies advertised is constant. They must now have close to 100 employees, almost two thirds more than during George Valarino’s time as general manager, when GBC provided a similar service, in some respects superior, with one major difference. He did it with a shoestring budget.

What the old GBC lacked in infrastructure, investment and technical resources they made up with inventiveness and imagination. In many ways more money, resources and a larger physical footprint has just amplified negative traits, the complacency, and mistakes of the past, without any of the charm, personality and attractive features of what was a manageable, austere, truly local channel.
GBC then had a well-grounded sense of realism, self-consciousness of what it was and what it was not, something sorely missing today. Yes, there was compulsory payment of a licence fee which irritated many, but by comparison to the sums of money handled today, it was peanuts.

Clearly the passage of time, a pathological sense of entitlement and a seemingly bottomless pit of public funding does not guarantee forward motion or advancement. As far as value for money and even content, we are arguably worse off now than we used to be.
FINANCIAL DEPENDENCE
In terms of impact on the public purse, Mr Teuma’s figures fail to recognize the black hole that GBC is to the public purse, historically consuming dozens of millions of pounds, with a sharp increase in its dependence on handouts since 2007. At the beginning of the millennium people were shocked to learn that the broadcasting monopoly received an annual public subsidy of roughly £1m. The subvention gradually grew to £4.7m per annum while this year at the Budget Debate it was disclosed that the taxpayer subvention had reached a staggering £5.2m. How many millions has GBC cost since 2000?
GBC breast fed beyond the point of engorgement cannot expect to remain indefinitely in a publicly subsidised cocoon, living under the misapprehension that money grows on trees, shielded from the cross winds of competition, existing like a museum artefact in a protectionist utopia, producing sub-standard material that lacks any semblance of quality control, doped by a fantasy world of ‘national broadcaster’ status, waiting for the next Government cheque to drop in through the letter box.
Those days are gone. The model is unsustainable.
Not content with being in such privileged position, they further exploit their advantage by competing for a share of the advertising market as if they were just another normal player in a level playing field. While the current model of media subsidies remains intact, the resultant scorched earth of unfair competition that GBC perpetuates, creates an environment where no independent media outlet can ever hope to flourish.
GBC do some things well, there is no denying that. They cover big events to a satisfactory standard, but the day-to-day journalism leaves a lot to be desired. They are content to regurgitate press releases, to scratch the surface of domestic affairs, lounging in the commonplaces, without any in-depth analytical coverage of current affairs, that probably amounts to 90% of their news output.
Newswatch and Viewpoint are the only programmes people watch, but monopolies create tired, sclerotic formats and only come alive when the breaking news is dramatic or has direct, immediate repercussions on the community. The rest of the time it is a mechanical process, going through the motions of filling up airtime with bland fodder. Their reporting technique is mostly reduced to planting a microphone in front of someone and asking them the most anodyne questions, never challenging their subjects, rarely having enough knowledge of the subject matter to be able to press and cross-examine the interviewee.

GBC have to become financially self-sufficient or sink

The scandal of GBC - Part 3

There certainly is a case to be made if not for the defunding of GBC in its entirety, certainly for a dramatic reduction of the annual subsidy, enough for them to deliver a daily news service. They have to become financially self-sufficient or sink, be weaned off their reliance on public money and adjust their operation to what they can realistically pay.

DECENT PROGRAMMES
GBC do have some good material in their schedule. Everything that Richard Garcia does is worth watching. The quality control, the meticulous attention to detail and rigorous historical research is guaranteed. ‘Journeys in Law’ was also a stand-out feature particularly the highlights of the series, the interviews with James Neish QC and Charles Gomez. This is a production that should be expanded and continued. The recent gardening programmes ‘Lives in Bloom’ where Gibraltarians on both sides of the border showed their backyard horticultural allotments was also superb. ‘Thought for the Weekend’ with Reverend Robin Gill, is also an oasis of deep thinking in a generally shallow channel, and always contains thought-provoking matter, profound philosophical and theological insights, often enough coming at the audience from unexpected, leftfield directions. Even Richard Cartwright’s ‘The Collectors’ is a watchable programme, that revels in its own sense of straightforward immediacy. Richard’s down-to-earth character, quirky style, always infused with good humour and a regular-guy temperament, has allowed him to carve a niche audience and prolong his popularity and time in broadcasting. He has a nose for offbeat content and an ability to unearth unusual personalities. Perhaps his challenge is to push the boundaries of his programmes a bit more.

The scandal of GBC - Part 4

Then there was ‘(Mis)Understanding Gibraltar’ where a panel of mainly non-Gibraltarians pontificated and patronised us with their platitudes, clueless cliches and prosaicisms, individuals with strange accents theorising about tolerance, about identity, about nationhood and how all of this relates to what it means to be Gibraltarian.

Let us recover the Register of Gibraltarians. The political party that retrieves that document from the undeserved oblivion under which it languishes, will forever have my gratitude and vote!
This is in some respects even worse than The Hub, because at least the latter is conscious of its own cultural worthlessness, whereas this overload of bunkum is impregnated with sinister and utterly transparent pseudo-intellectual pretensions. It should be renamed understanding narcolepsy and be marketed as a miracle cure for insomnia.
There are those which must rank as among the worst television products ever made. Programmes like Viral TV, a collection of the stupidest YouTube videos on internet, probably breach every broadcasting code of conduct given the subject matter, dangerous domestic accidents, accidents at work, people slipping in pavements, crashing, falling down stairs or headfirst into walls, risking life and limb.