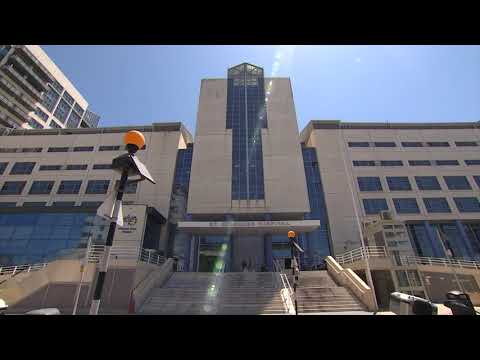 A number of senior GHA healthcare professionals have been increasingly concerned and frustrated at the politicisation and political micromanagement of the health authority.

In emails sent in May and seen now by GBC, one of the GHA's most senior medical staff drafted an open letter to government and opposition parties, warning this approach was hampering the development and running of the GHA consistently, despite changes in ministers and governments.

The draft letter said: there seems to be an institutional unwillingness by the political parties and Gibraltar civil service to understand that healthcare is a highly specialised area that cannot be operationally managed by politicians and civil servants without creating an inefficient and unsafe environment.

It said impartial regulation was necessary - by external agencies such as those that regulate the NHS, namely the General Medical Council, Care Quality Commission and Nursing and Midwifery Council.

The GHA should be run at arm's length from the government, the letter said - it should be run by specialised healthcare managers and professionals, and backed up by dedicated and specialised healthcare support services such as GHA human resources, procurement and occupational health. It called for mechanisms that would prevent political attempts to micromanage services or influence individual patient care.

The senior healthcare professional drafting the letter said the government should issue a clear and transparent mission statement making it clear to the people of Gibraltar and the GHA what services will be provided and funded . It should then be beholden on the government to set a budget that would reasonably allow the GHA to perform these duties, not - it said - an arbitrary figure decided at cabinet without specialist healthcare input.

The letter drafted in early may said the government's role should be to hold the GHA and its management to account in open board meetings by using the findings of internal and external audits, thereby making evidence based assessments of performance and not speculative and ill-informed judgements based on social media claims or individual complaints.

The doctor sent the draft letter to a number of team leaders, as well as all consultants, GPs and the nursing executive team. In the days that followed they received numerous emails from colleagues confirming their support. One observed the lack of communication with politicians was a major part of the problem, while another warned that it was not the first time that letters had been addressed to politicians, and that the last time one was written, they were invited for an emergency, extraordinary meeting, but nothing emerged from the efforts.

It is not clear whether the letter was ever sent to Gibraltar's politicians, but - to date - it does not appear to have been issued as an open letter. The leaked email makes it abundantly clear though that in may a number of Gibraltar's senior healthcare professionals were frustrated and concerned at the politicisation and micromanagement of Gibraltar's healthcare.

It is not clear if anything significant has changed since then. Gbc has asked the government for comment and is awaiting a reply.