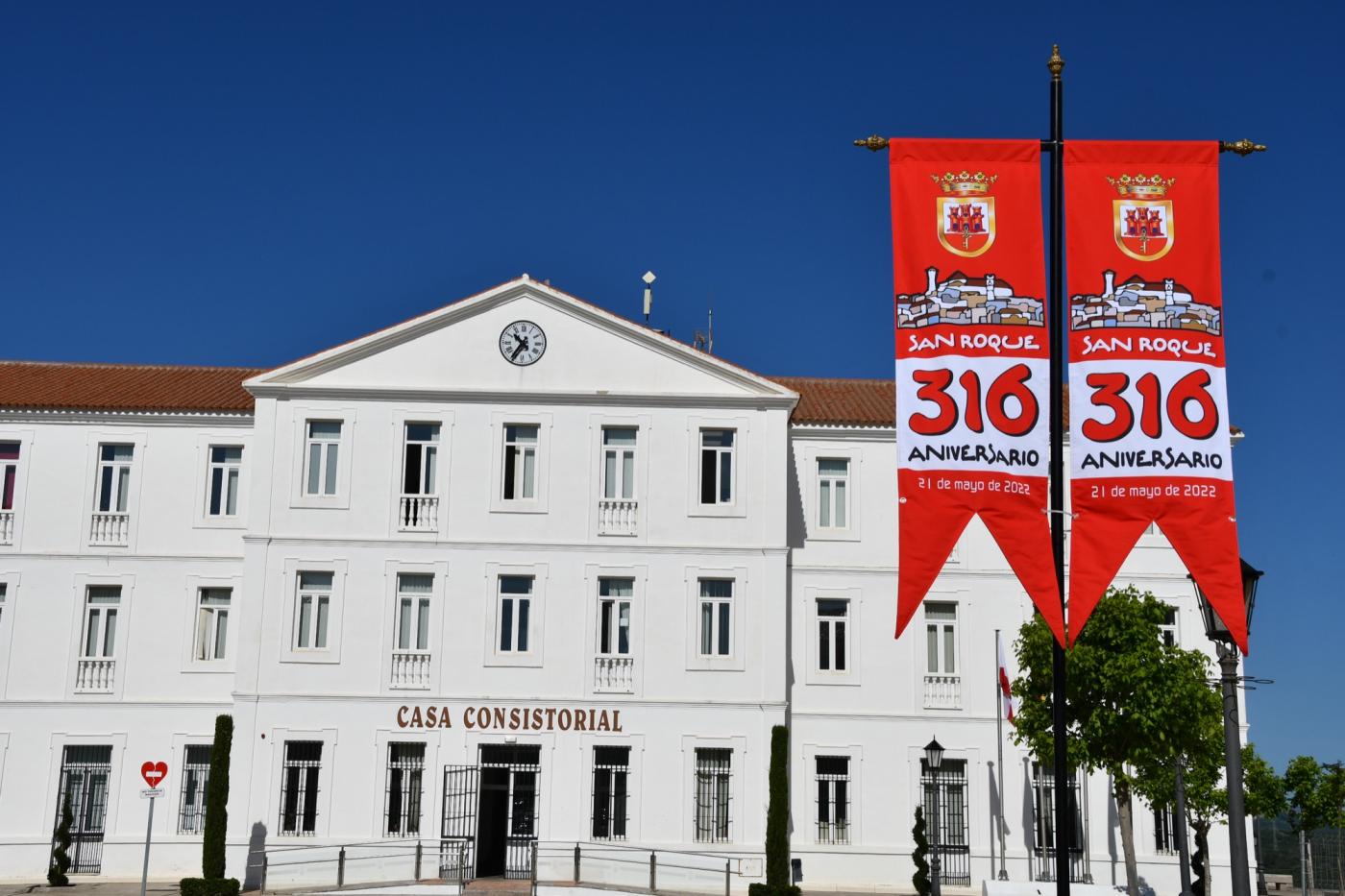 San Roque prepares for this weekend to celebrate the 316th Anniversary of the Foundation of the City, which will have as its main event the traditional Institutional Plenary of Honours and Distinctions. An equestrian art show, concerts of various styles, a festival of food trucks, workshops, a children's show... The offer for Friday, Saturday and Sunday is wide and for all audiences, and attendance is free.

After the weekly meeting of the Government Team, the Mayor, Juan Carlos Ruiz Boix, pointed out that "we have been working for several months for the celebration of the 316th Anniversary of the Foundation of the City, 21 May which falls on a Saturday and that is why this year the local holiday is brought forward to Friday 20. Finally there will be three days of celebration after two years of pandemic". He recalled that last year the 2020 and 2021 activities were unified with "a tribute to the essential sectors" that were on the front line during the worst of the pandemic.

This year 2022," said Ruiz Boix, "will be the first plenary session within the normality that we are recovering. An Institutional Plenary in which we are going to recognise 13 people and entities that have stood out in artistic, cultural, sporting facets.... They will receive awards granted unanimously by the six political groups.

Then," he continued, "there is a series of activities that are being developed mainly by Culture, but also by Youth. Different activities and concerts in the Plaza de las Constituciones, where there will also be a series of foodtrucks (trucks serving food)". "Mainly, what we want is to share the joy of feeling San Roqueños and San Roqueñas (people from San Roque) in the bars, restaurants ..., and also in concerts and other activities in the Plaza de las Constituciones. And to know that during these last eleven years we are building a different, more dynamic and participative San Roque".

In this celebration of the 316th anniversary of the city," said the mayor, "we want to see the people of San Roque and its neighbourhoods sharing this anniversary.