Ruled by God’s Laws or the Dictates of the State?

Most people who have seen the film The Ten Commandments on television have never seen Cecil B. DeMille’s opening introduction. DeMille had something more in mind than just making a film about a religious figure from the Bible. He considered his production to be so important that he came out on stage to deliver a short but powerful statement on the nature of freedom under the law of God:

The theme of this picture is whether men ought to be ruled by God’s laws or whether they are to be ruled by the whims of a dictator like Rameses. Are men the property of the State or are they free souls under God? This same battle continues throughout the world today. 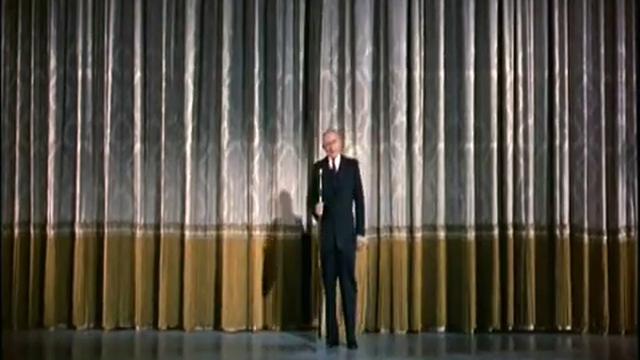 Read the post/thread at Defending-Gibraltar that contains this video: Ruled by God’s Laws or the Dictates of the State? https://defending-gibraltar.net/t/ruled-by-god-s-laws-or-the-dictates-of-the-state/3961 To survive what is coming, read/study: ht…

The film’s elaborate souvenir book that was made available in theaters includes a preface with the title “The Law by Which Men Live”:

THE TEN COMMANDMENTS are not laws. They are THE LAW. Man has made 32,000,000 laws since they were handed down to Moses on Mount Sinai more than three thousand years ago, but he has never improved on God’s law. ((The Ten Commandments Souvenir Book, Paramount Pictures Corporation (1956, 1957), was published by The Greenstone Company, New York, N.Y.))

There are so many laws — new and old — that each of us probably breaks a few every day. “No one knows how many laws there are in the United States. Apparently, no one can count that high…. When federal laws were first codified in 1927, they fit into a single volume. By the 1980s, there were 50 volumes of more than 23,000 pages. … The Internal Revenue Code alone … contains more than 3.4 million words and, if printed 60 lines to the page, is more than 7,500 pages long. There are about 20,000 laws just governing the use and ownership of guns.” (Kowal.com) 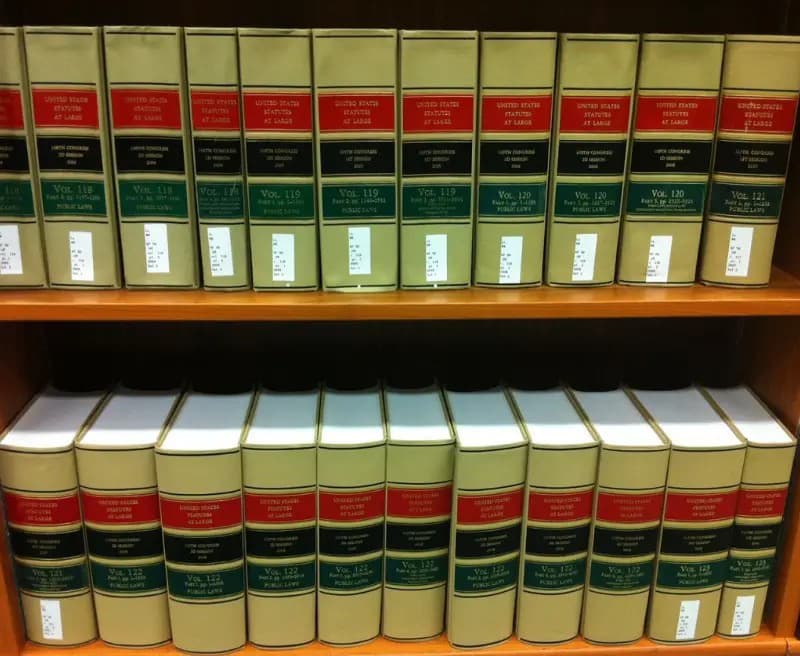 Law Library of Congress Reading Room Copy of the U.S. Statutes at Large

The Ten Commandments, a summary statement of a broader body of revealed laws, have been a fixed summary standard in America since before its official founding. Nightline host Ted Koppel stated the following in a 1987 commencement address at Duke University:

What Moses brought down from Mt. Sinai were not the Ten Suggestions. They are commandments. Are , not were . The sheer brilliance of the Ten Commandments is that they codify in a handful of words acceptable human behavior, not just for then or now, but for all time. Language evolves. Power shifts from one nation to another. Messages are transmitted with the speed of light. Man erases one frontier after another. And yet we and our behavior and the commandments governing that behavior remain the same. ((Ted Koppel, The Last Word , Commencement Address at Duke University, Durham, North Carolina (May 10, 1987). Quoted in Robert H. Bork, The Tempting of America: The Political Seduction of the Law (New York: The Free Press, 1989), 164.))

Ruled by God’s Laws or the Dictates of the State? - The American Vision

The Ten Commandments is copyright free which means it can freely be uploaded to streaming platforms.

Does @DG-Truther-Videos upload the videos that are in youtube form to others platforms?

Only to BitChute at this time: 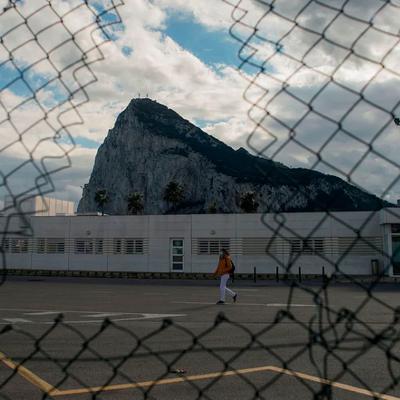 Due to YouTube's censorship of relevant news and truth being revealed by brave whistle blowers and truthers, this channel has been created to be a bastion of truth for our Defending-Gibraltar.net forum site. Many truthers come to the Defending-Gi…

The Kingdom of God: The Rule of Law

The Kingdom of God will be a government of justice. God’s holy and beneficial commandments will be taught and universally enforced—for the good of everyone! 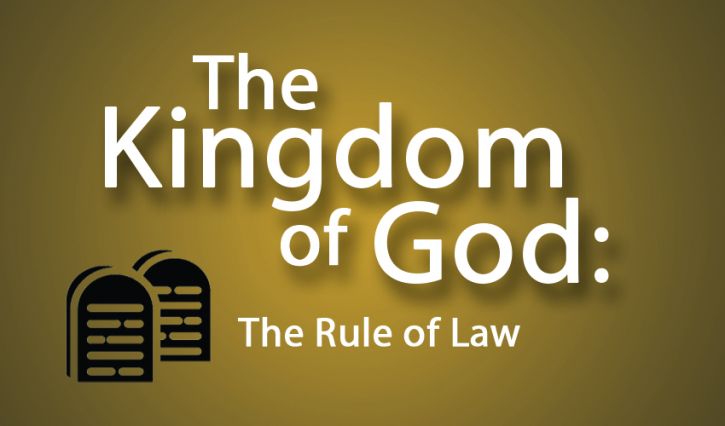 As we have already seen in this series of posts, the coming Kingdom of God will be directly governed by Jesus Christ. He will lead a government of spirit beings who will govern the nations of the world with supreme authority and power. This government will be characterized by complete justice and fairness.

What will set that government apart from the many failed human governments that have come and gone throughout history? How will it be different from human attempts to form global empires—such as the empires of Genghis Khan, Alexander the Great, Julius Caesar, Napoleon or Adolf Hitler?

An administration based on perfect law

Unlike so many human governments throughout history, Jesus Christ will not administer a government based on whims or circumstances or with the goal of pleasing specific constituencies. His government will be based on the perfect and just administration of law.

But that law won’t be an obscure code that nobody pays attention to. God’s law will be the basis of all life in the Millennium. It will be the core of an entire way of living that will transform the lives of everyone on earth!

"One of the first things the returning Christ will do is replace all current human governments and begin administering the government of God as King over all the earth"He will return to earth! 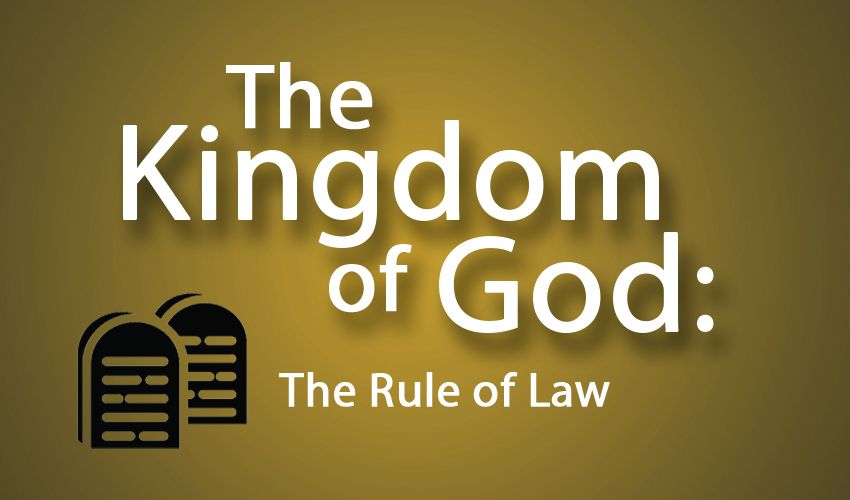 The Kingdom of God: The Rule of Law

The Kingdom of God will be a government of justice. God’s holy and beneficial commandments will be taught and universally enforced—for the good of everyone!

The Commandments are the Principles upon which The Law of God (The Torah - Five Books of Moses) is based. I wonder what Mr. Cecil B. DeMille thought about The Torah - The Pentateuch.

. I wonder what Mr. Cecil B. DeMille thought about The Torah - The Pentateuch.

There is much out there about Mr Demilles thoughts,
Did you ever ask him -now that would be interesting.