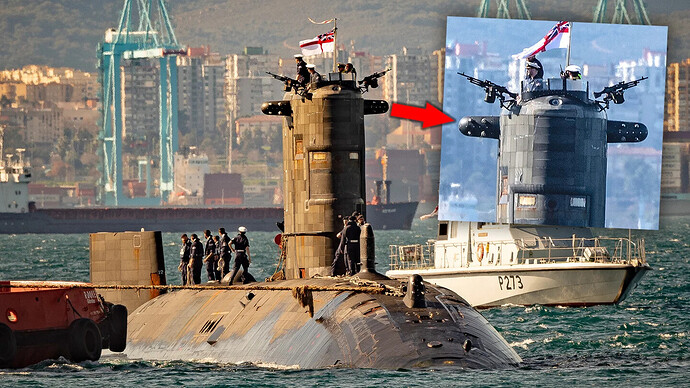 These somewhat exotic non-acoustic sensors that were once mainly found on Soviet submarines would help supplement sonar when searching for other subs.

February 2, 2021 – The U.K. Royal Navy's Trafalgar class attack submarine HMS Talent has arrived in the British territory of Gibraltar sporting curious new sensors on either side of its sail. We can say with near certainty that these are additions to an existing system designed to detect enemy submarines without the use of sonar that first appeared on the boat in 2019.

In addition to the sensor suite, the submarine also has a pair of 7.62mm FN MAG machine guns, known as L7 General Purpose Machine Guns (GPMG) in British military service, mounted on pintles on top of the sail. The fitting of machine guns in this manner, together with arming individual sailors with small arms and non-lethal weapons, are common force protection measures employed by the crews of Royal Navy submarines, as well as those belonging to other navies, especially when entering or exiting ports.

As for what these sensors actually do, they are designed to detect other submarines beneath the waves via the changes in water density that they leave in their wake. These systems have historically been almost exclusively associated with Soviet and now Russian submarines.

In principle, such a system would be a valuable additional passive sensor for a submarine when hunting for other boats underwater.

A BRITISH submarine equipped with high-tech silent tracking system has been spotted off the coast of Gibraltar.

Why Did The British Royal Navy Install A New Sensor Suit On Its...

The UK’s Royal Navy has deployed its Trafalgar-class submarine HMS Talent in the Mediterranean. It is equipped with a new sensor suite that can track enemy submarine movement, photos reveal. Oil Smuggling Has Sustained This Balochistan Town For...

From 2018 - A Royal Navy vessel fired a warning flare after Spanish Guardia Civil vessel got too close to nuclear submarine HMS Talent. It is understood that HMS Talent was departing Gibraltar after having her Tomahawk missile stores replenished. This is becoming increasingly common. Earlier in the month, the USS Newport News, a Los Angeles class submarine, was harassed as she visited Gibraltar. Local media reported at the time that eyewitnesses said a Spanish customs boat was intercepted by a Gibraltar Defence Police vessel after it came too close to the US submarine.

The incident brings new meaning to the term "cord cutting."

If you like Military History, here's a 1958 movie about Lionel “Buster” Crabb and describes his exploits during World War II. The film depicts events in Gibraltar harbour during the World War II Italian frogman and manned torpedo attacks, although the film’s depiction of those events is highly fictionalised. 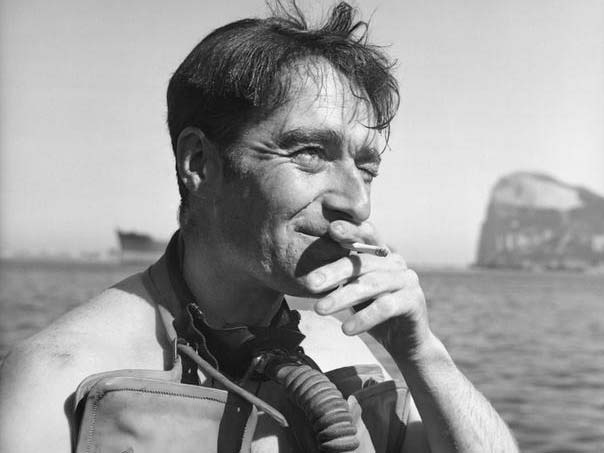 Dr John Bevan, chair of the Historical Diving Society at the Diving Museum in Gosport, on a collection telling the story of the mysterious Commander Lionel ‘Buster’ Crabb and the dawn of underwater frogman warfare in World War Two Commander...

What we might think about is Spain's alliances which were enemies of Britain. Has that changed? Is there a silent Nazi enemy still at large?

THE BATTLE FOR GIBRALTAR:

The Battle For Gibraltar

The Rock of Gibraltar was a stage on which one of World War II's most absorbing intelligence battle of wits was played out. The history of the Defence Security Office (DSO) in Gibraltar, released b

Both the German and the Spanish Intelligence Services regarded the Rock's military and naval facilities as an important strategic target against which to plan sabotage attacks.

Spain was nominally neutral during World War II, though under General Franco's far-right Nationalist regime it was politically aligned with Nazi Germany.

The Abwehr had bases on both sides of the Straits, in Tangier and elsewhere in Spanish-ruled Morocco as well as in Algeciras on the opposite side of the Bay of Gibraltar. The Germans were thus able to monitor Allied shipping movements into and out of the Mediterranean. There was also a large Abwehr station in Madrid, which supervised sabotage operations against the Rock undertaken locally from the Algeciras office.