Revealed: UK’s plans for underground submarine base in Gibraltar 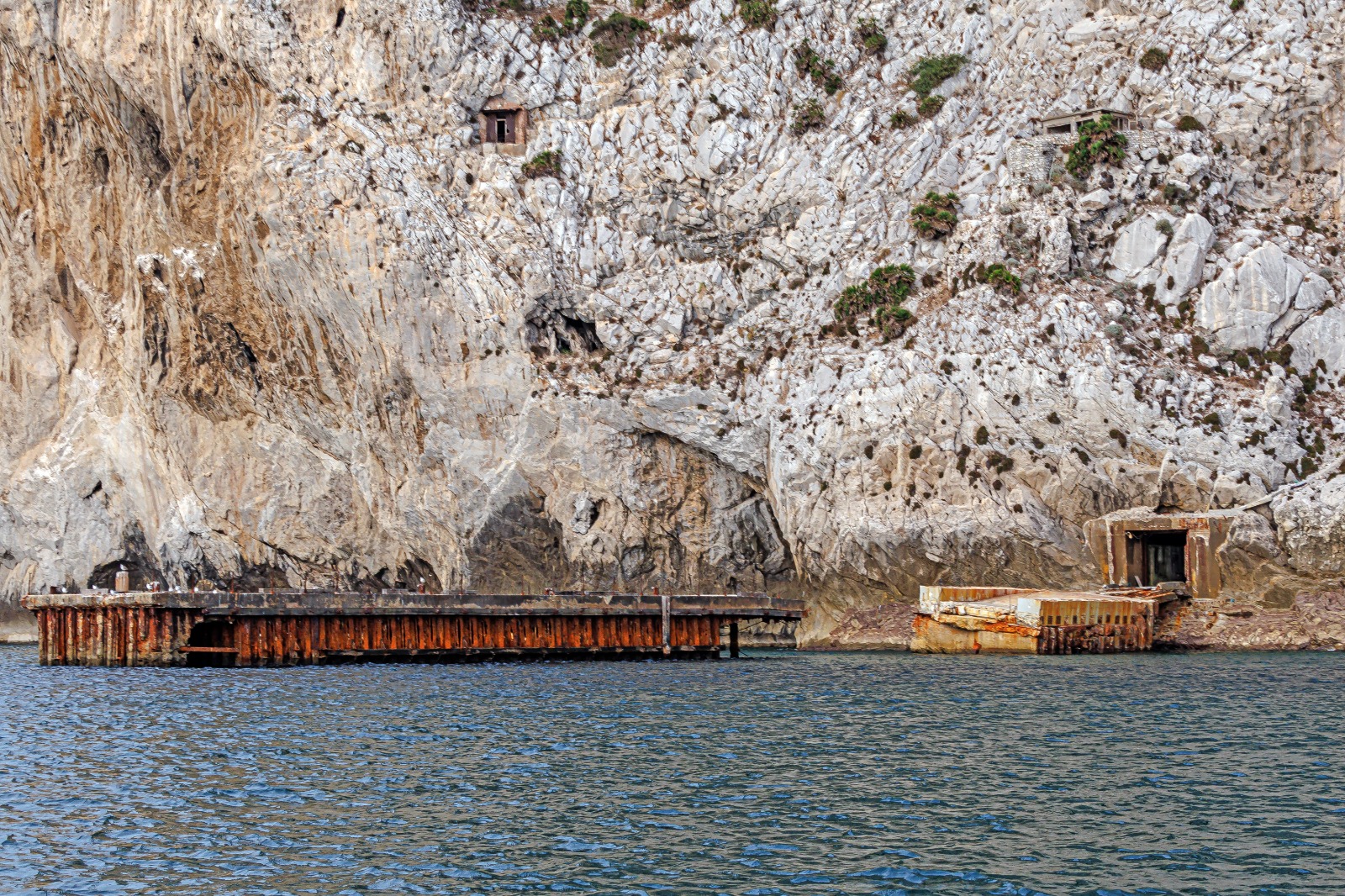 Revealed: UK’s plans for underground submarine base in Gibraltar

A fanciful yet persistent urban myth about a secret submarine base deep inside the Rock is rooted in fact, the Chronicle reveals today. Detailed secret plans drawn up in 1942 and published today for the first time show the UK hoped to build...

A fanciful yet persistent urban myth about a secret submarine base deep inside the Rock is rooted in fact, the Chronicle reveals today.

Detailed secret plans drawn up in 1942 and published today for the first time show the UK hoped to build subterranean submarine pens in Gibraltar. 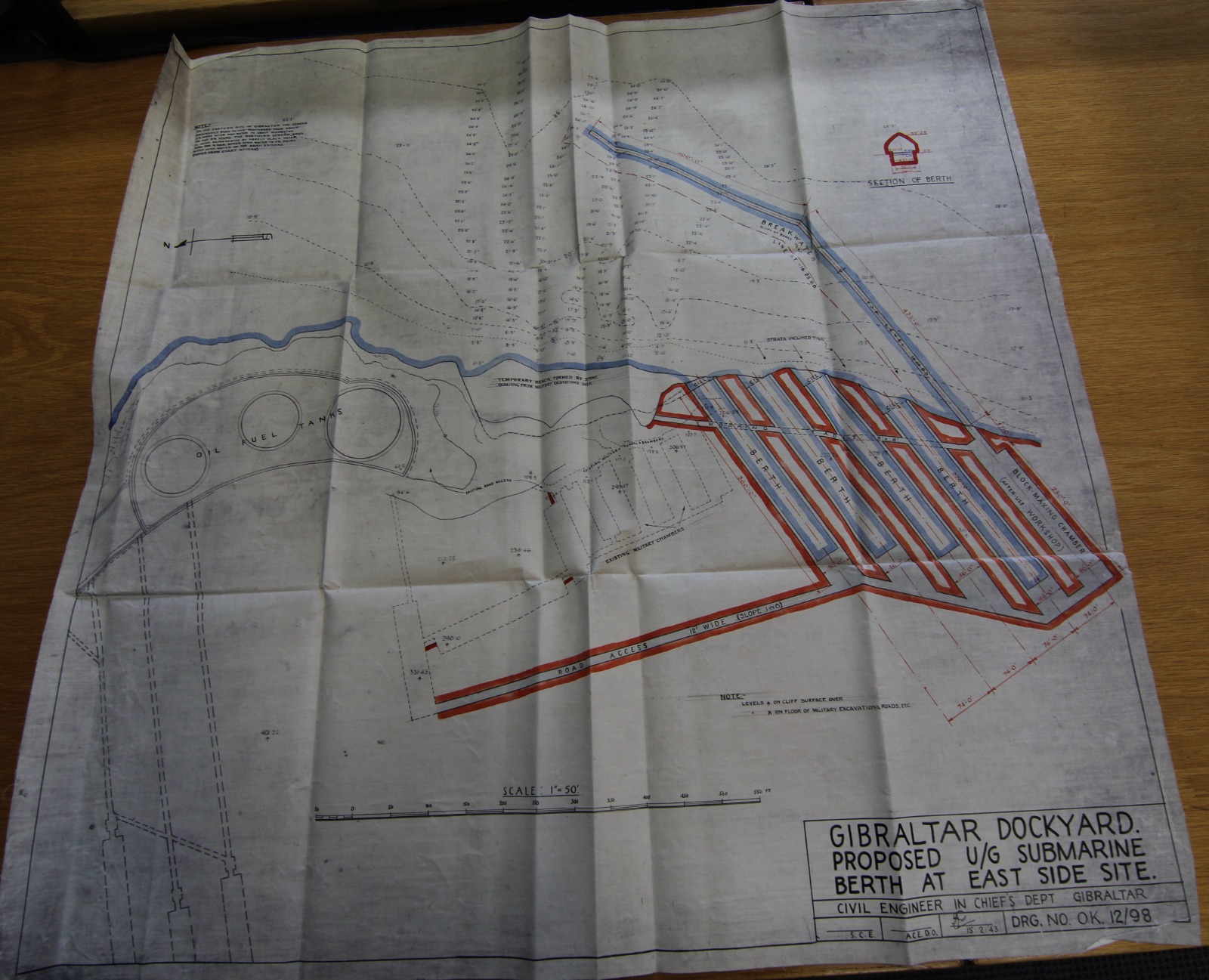 Technical drawings set out ambitious plans to construct berths blasted into the Rock protected by reinforced concrete and breakwaters, much like the U-boat pens built by Nazi Germany in France and other north European sites.

Two potential locations were identified in Gibraltar, one on the east side near the old ammunition jetty by Sandy Bay, the other in Little Bay.

The underground bases would have allowed British submarines to refuel and rearm protected from air attack and saboteurs. 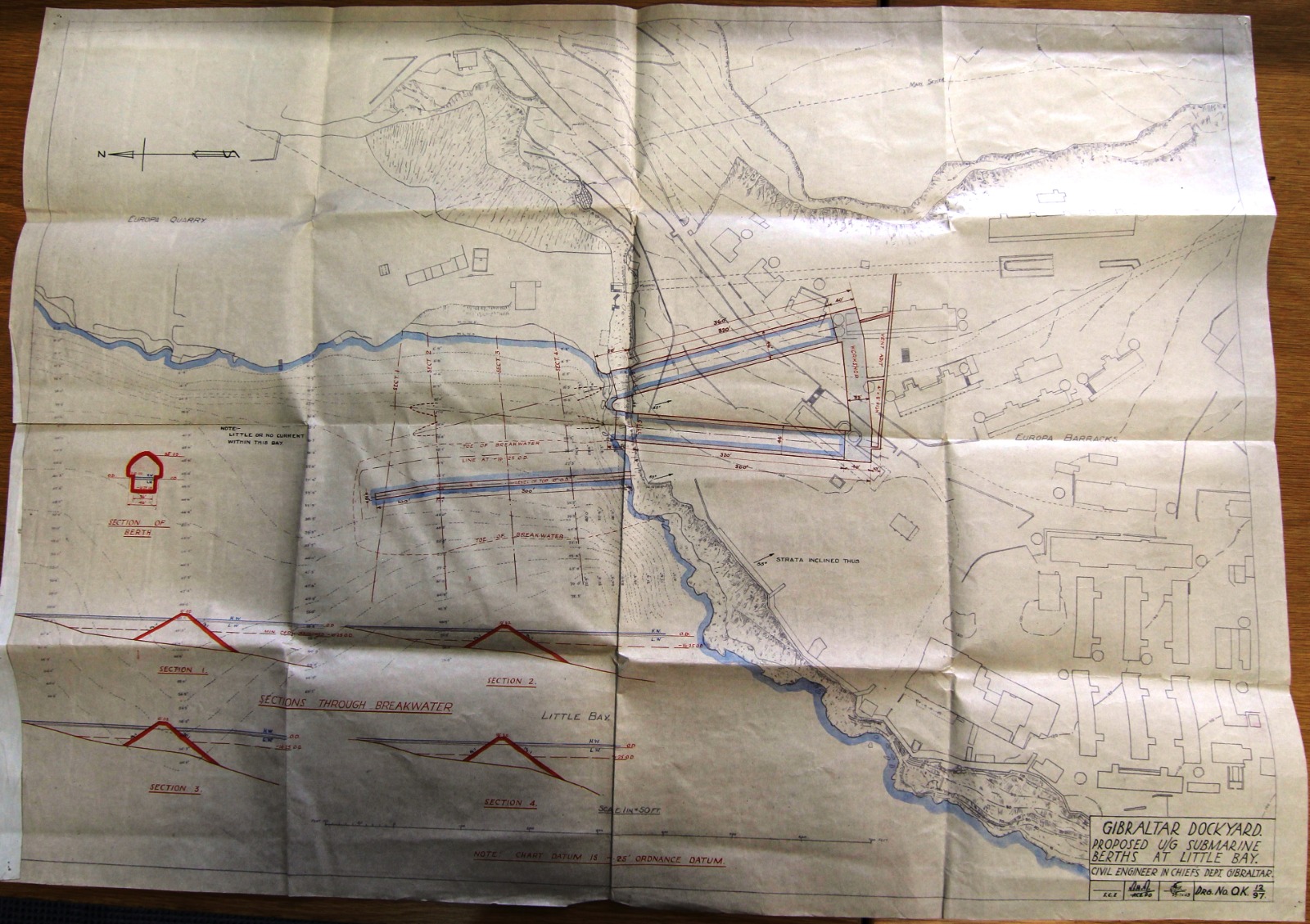 They were first proposed at a time when the Allies had yet to launch Operation Torch, the invasion of North Africa launched from Gibraltar that swung the tide of war.

In the event, the success of Operation Torch and the shift in battlefronts meant the plans were never progressed as Gibraltar moved from an offensive stance to use as a logistics and repair base.

A shortage of manpower and resources meant the focus was instead moved to bases closer to the frontline areas of submarine operations in the eastern Mediterranean.

But with an eye on future developments and the potential of attack from Spanish coastlines, the Gibraltar project was never cancelled outright, and was instead “suspended indefinitely” in April 1943.

The declassified documents were found in the National Archives in Kew by Ian Reyes, a Gibraltarian researcher whose work with the Fortress of Gibraltar Group is helping to chart unknown stories from Gibraltar’s recent military history.

The plans, which also explore options for reclamation work within the harbour, show how even in the middle of World War II, military planners were already considering how Gibraltar’s role would change in a post-conflict era. 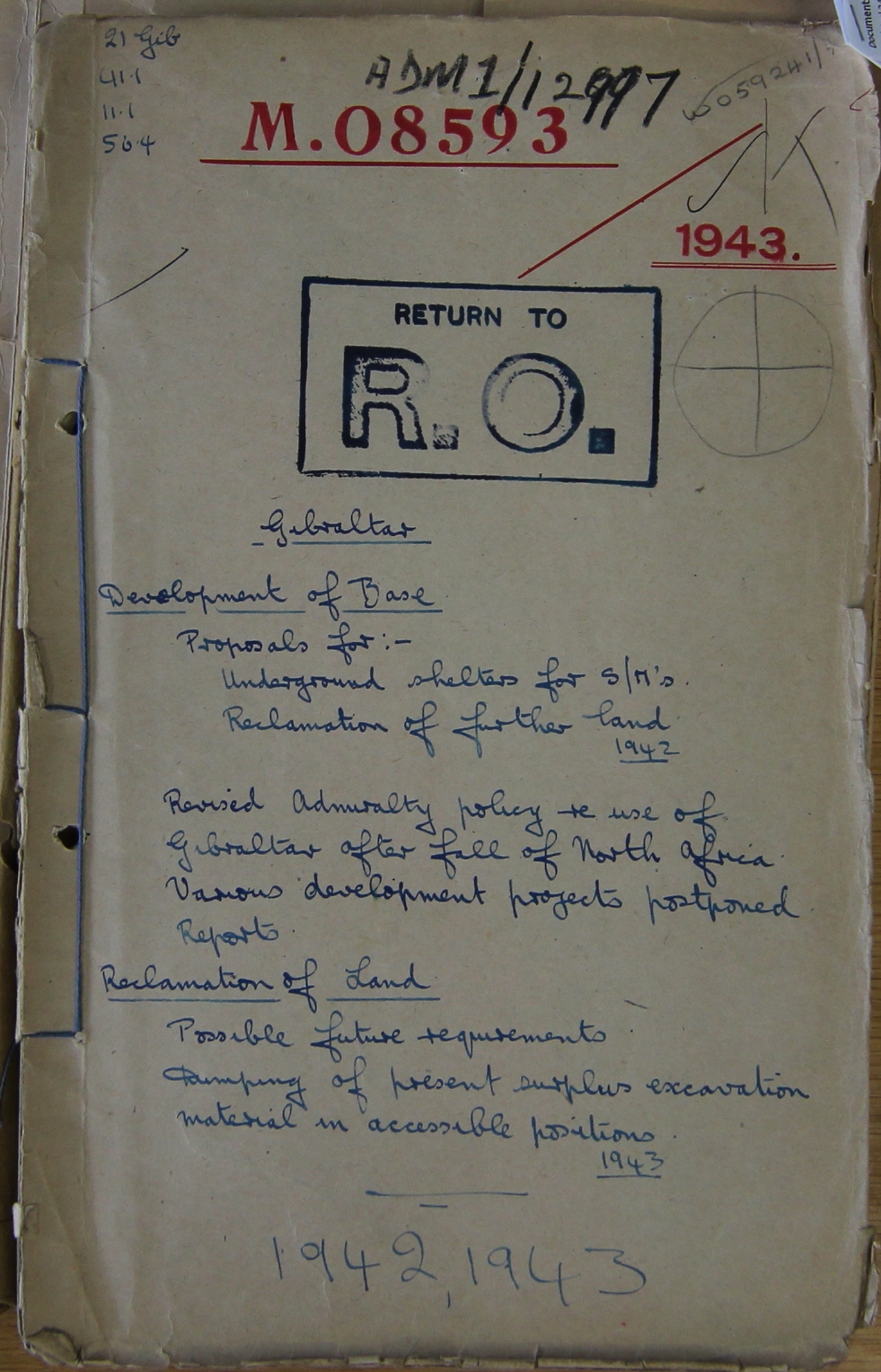 The haul of documents discovered by Mr Reyes in the National Archive starts in July 1942, four months before Operation Torch, with a note from the Director of Plans and the Admiralty office.

At the time, submarine operations in Gibraltar were supported by the Royal Navy submarine depot ship HMS Maidstone inside the harbour, which acted as a base for Britain’s 8th Flotilla.

But the risk of underwater sabotage and aerial attack meant military planners were keen to provide a shore-based alternative.

“It is most desirable that arrangements should be made at the earliest date possible to enable submarines to operate from shore base at Gibraltar in case Maidstone should be damaged, or for any reason have to be withdrawn,” the note from the Admiralty dated July 19, 1942, states. 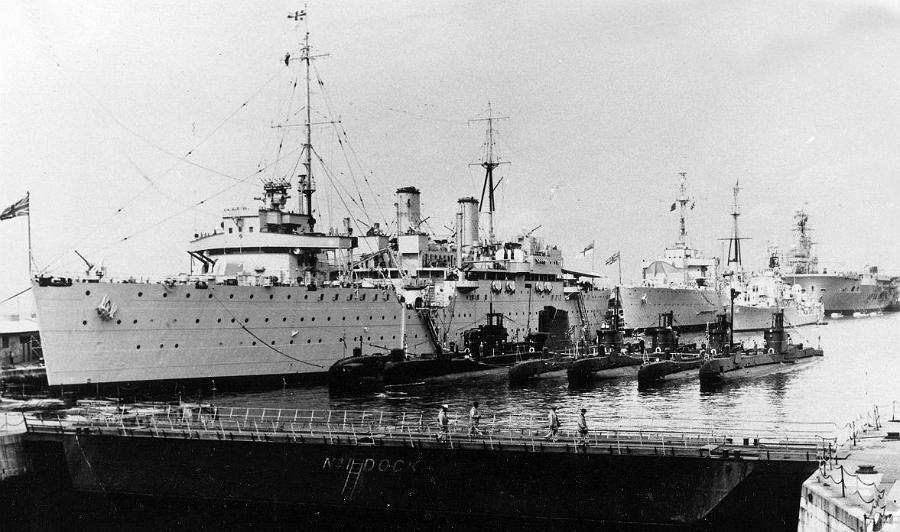 Two schemes were drawn up by the Civil Engineer in Chief’s Department in the dockyard in Gibraltar, including detailed plans overlaid on maps of the east side and Little Bay sites.

They envisioned underground bombproof berths for up to six submarines linked into the tunnel network that had been drilled into the Rock in the preceding years as the UK prepared for an invasion of Gibraltar that never finally materialised.

The planners considered topography both on land and beneath the surface, assessing how best to build breakwaters to protect the entrance to the bases from the weather and torpedo attack.

Shallower water made the east side the preferred option, despite the difficulties that rough weather could pose in that area. 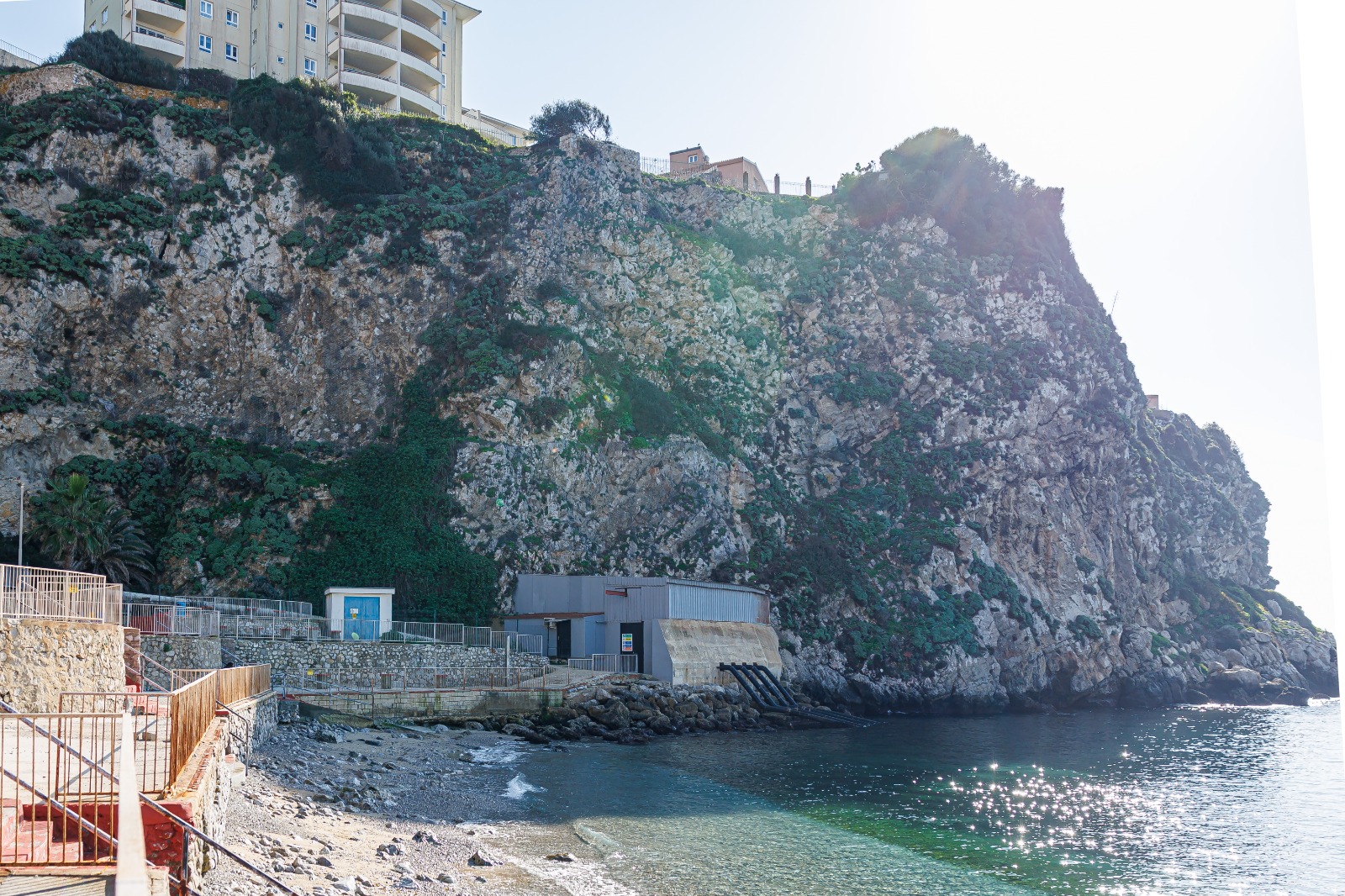 The east side meant too that the submarine base would be protected from artillery attack from the Spanish coastline, where gun batteries could easily zero in on the Little Bay site.

In one document in the file, dated late November 1942 and signed by the Superintending Civil Engineer in Gibraltar, took a long-term view and noted that “...a very good reason for construction on the east side is that the shelters would be practically immune from direct gunfire from Spanish territory, a particularly valuable feature in the event of a siege.”

“The proposed site in Little Bay, though preferable from considerations of access, is open to the serious objection that the entrance to the shelters would be open to direct fire from Spain at a comparatively short range.”

By April 1943, however, military planners had gone cold on the plan as attention and resources were focused elsewhere.

The Director of Plans set out the strategic thinking in a detailed note dated April 18 that year.

Up to the end of 1942, Gibraltar was regarded as “a fortress about to be beleaguered and bombed” and the focus was on creating an underground defence network.

“After ‘Torch’ it became clear that the function of Gibraltar was changing,” the note states.

“The threat of assault of bombing was rapidly receding while the demands on the repair facilities of the port were growing far beyond what could be dealt with.”

“The defended and undefended anchorages were often full to overflowing and ships exposed to danger.”

“Now, the threat to Gibraltar has almost disappeared while the demands on the port as a repair, fuelling and transit base are at a high level and likely to remain so until the end of the war in Europe.” 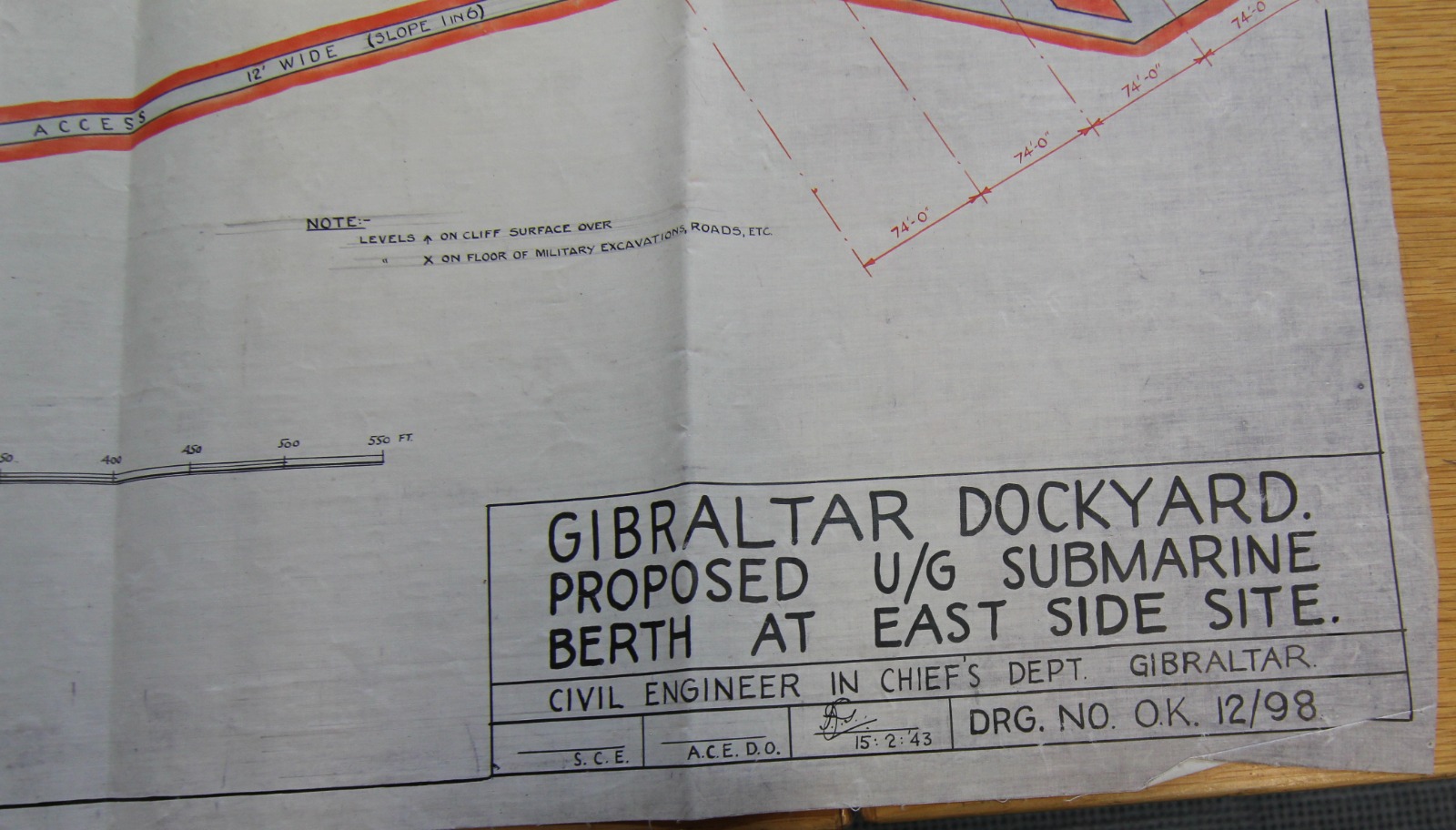 The note said a growing number of well-defended bases in Algeria and Tunisia were becoming available to Allied submarines and that these were “closer to their hunting grounds”.

It concluded there was no justification to direct limited labour resources to build submarine facilities in Gibraltar “that are most unlikely to be used during this war”.

There was a proposal to cancel the project outright, but a note from the Civil Engineer in Chief said “it may be necessary to consider underground submarine shelters under proposals for post war development”.

He said the project should be “suspended indefinitely, instead of cancelled”, a suggestion that was taken on board

The documents we report on today shine valuable light on an otherwise unknown aspect of Gibraltar’s military history. They were kindly shared with us by Ian Reyes [picture above], who has spent years gathering historical documentary evidence about the Rock’s role in World War II. Here, in his own words, Mr Reyes explains what drives him and his love for the Rock’s heritage and its conservation.

People ask me why I have a keen interest in military history, especially that of Gibraltar.

I suppose it starts with being surrounded by military vehicles when visiting my dad at his place of work at MOD Motor Transport Workshops.

I also remember playing in Little Bay and looking up at the rock wondering how these embrasures on the cliff face had come about, who had made them and why.

From a young age I started collecting After the Battle magazines, articles and records of Gibraltar.

I was struck by a picture featured in After the Battle magazine of a Valentine tank in Gibraltar. I was interested to find out how many tanks there were during the war and thought about building a replica tank model.

My first enquiries let me to Bovington tank museum in England. However, their reply was that the records of tanks in Gibraltar were incomplete and suggested I try the National Archives in Kew, London.

This was way back in 2008, and I started researching their website for files which were available, purchasing small records and copies.

This sparked my interest to visit the archives and my first visit was in 2010. I discovered a world of information, many new discoveries and spent a whole week and a half researching.

I managed to take over 12,000 photos of documents, records and files, which ultimately was too much for my camera to handle.

My main research centred around army documents contained in war diaries, which was obligatory for each unit to comply during their stay in Gibraltar.

Some contain pictures, sketches and plans, and daily entries of their activities.

One of the interesting finds is that of the Canadian tunnelling company war diary, which is extremely thorough and detailed.

And a further highlight, was reviewing the top-secret file pertaining to MI5 of the work in Gibraltar, which was titled “Battle for Gibraltar”.

Consequent to researching that file I discovered the identity of a prominent double agent recruited by MI5 and active in the secret battle against German intelligence in the Spanish Campo area.

I have returned to the archives on numerous occasions during the past years, every time making new discoveries and amassing, a large collection of records and information.

Every time there is a new discovery to be made, and these have been supplemented by a visit to the Imperial War Museum picture archive.

I have also contacted various other entities in the in UK and Canada which have also passed on to me records and information.

Friends get to know the fact that I am a military enthusiast and have also forwarded interesting articles and records which have added to my collection.

This information I have put to good use by writing articles for the History Society, which I, together with other enthusiasts, founded in 2013.

I have also been in contact with authors in the UK, and was even involved in the discovery of the SOE radio room a few years back which was featured in the book written by Nick Rankin.

I continue to work with the Fortress of Gibraltar Group and the Gibraltar Heritage Trust and have also assisted the Gibraltar National Archives in some of the exhibitions.

Was Victor Rothschild the double agent?