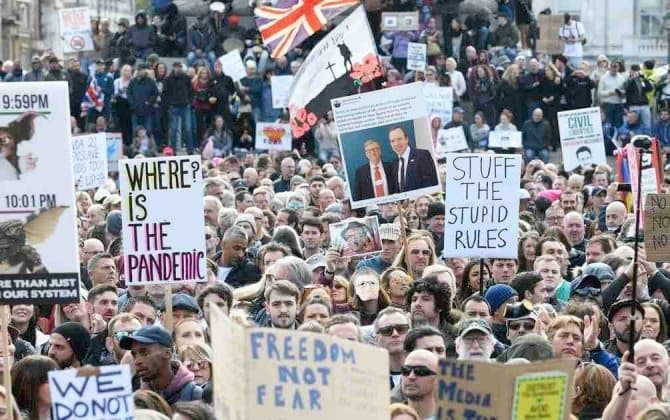 Read the post/thread at Defending-Gibraltar that contains this video: If you CAN handle the truth, View, Join, & Post your own VIDEOS, Video Links, or Truther Articles. This video is not necessarily the views or opinion of...

ONE STEP AT A TIME, hand in hand, we will walk out of the society they are trying to enslave us.

Reignite Freedom’s mission is to implement global, unified, and strategic pushback against the globalist agenda, ensuring we maintain our individual and collective liberty.

Refrain from using cards, debit or credit for as long as possible...use them as little as possible... and when you use cash take the opportunity to tell your neighbors friends and family why, to reverse the push for financial tyranny.

Taken from the video: You say you have nothing to hid, YES YOU DO YOUR CHILDREN They want your children, your gold, your land, your money, they practice slavery most profitable business on the planet. 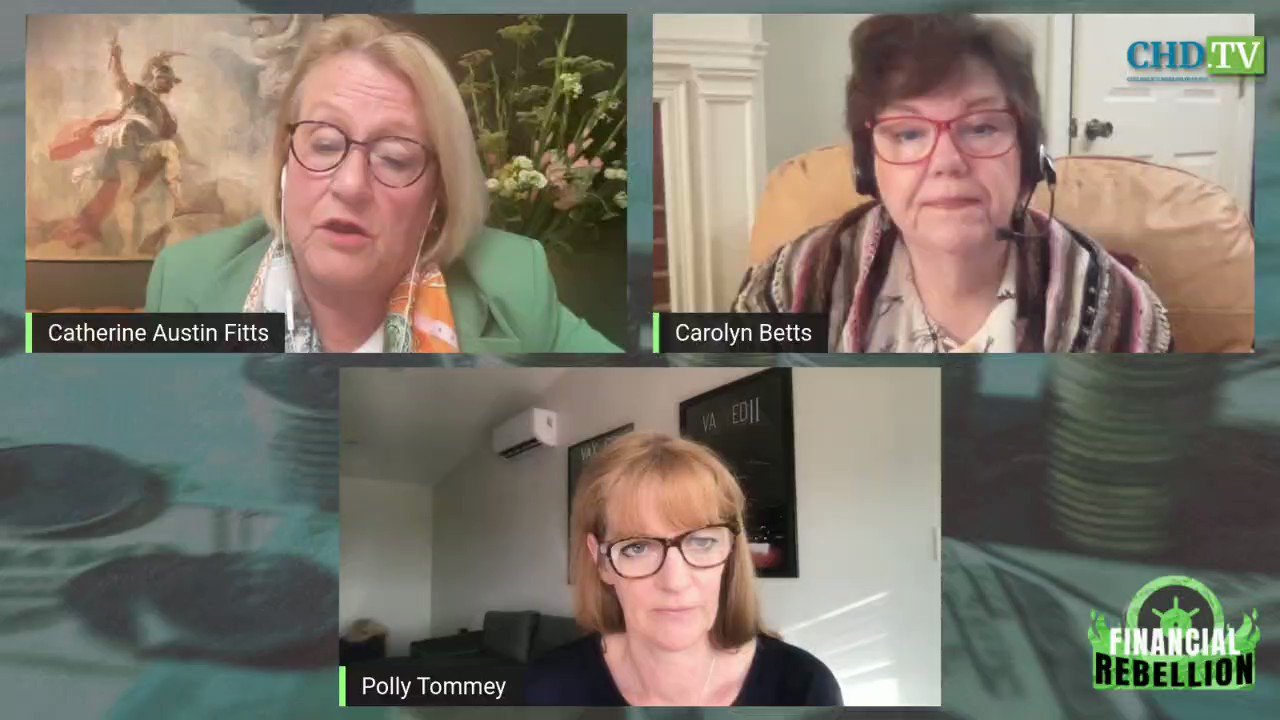 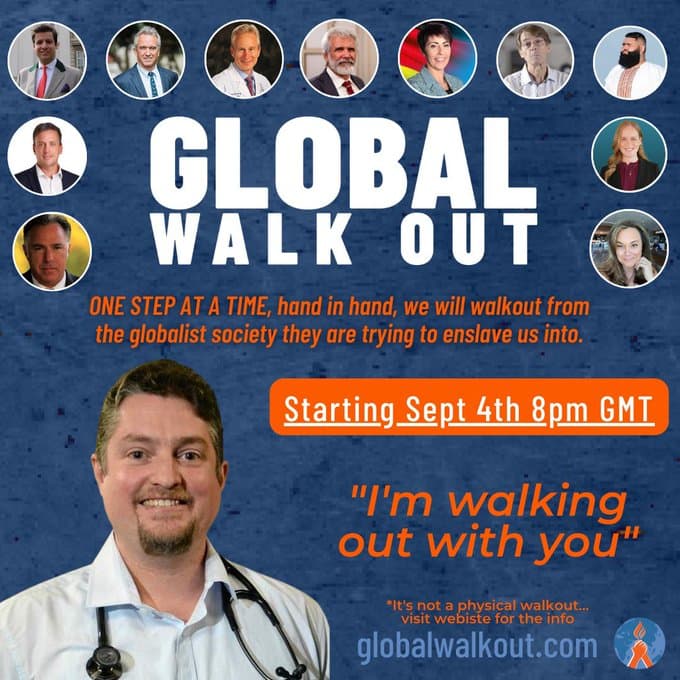 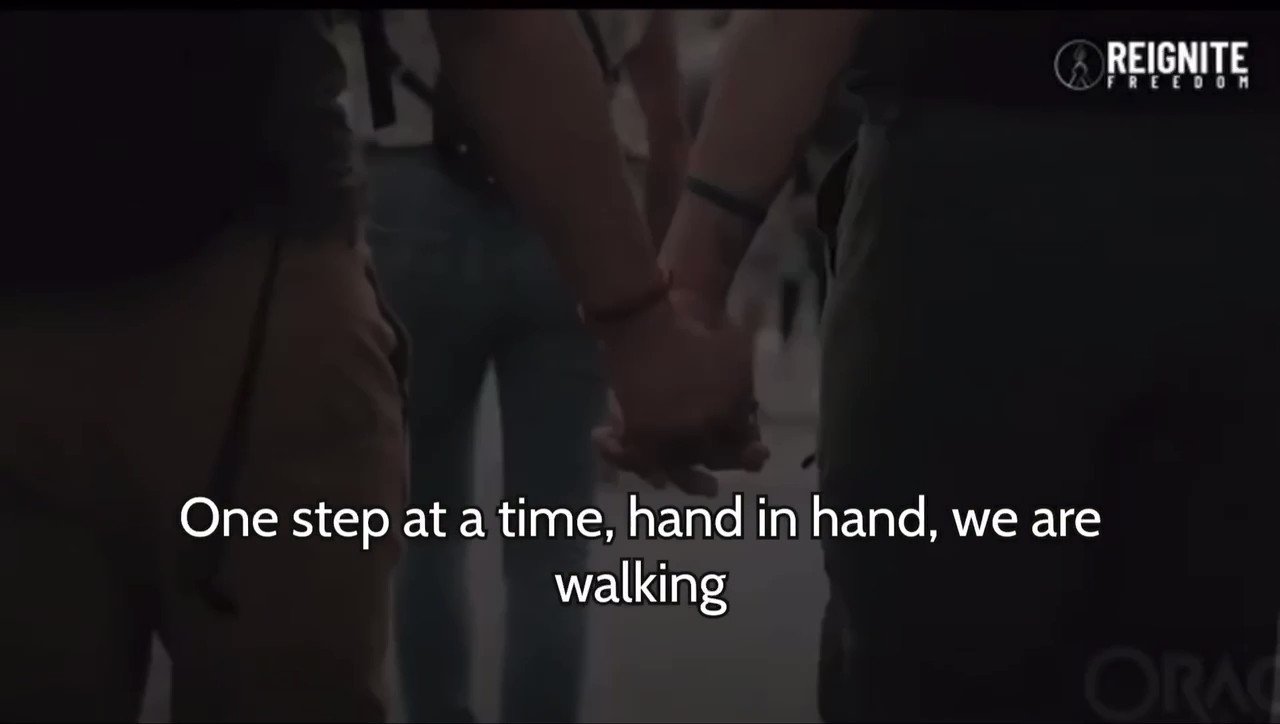 @
Oh boy this is hilarious. Conspiracy theorist Monica Smit has today launched her Global Walk Out. What are they walking out of? Well, Global Society of course! The first “step of the walk out is to only use cash to reverse the push for financial tyranny. Okaayyy…”
NancyDrewberry September 8, 2022, 9:14pm #3

The entire current financial system needs to go which includes their frn (federal reserve notes) and return to an economy backed by something real ..... like gold, silver, etc. which is tangible.

A PHASE OF DIVINE LAW

In this modern world the Bible occupies a less important place in the thoughts of men than in the days of our ancestors. Some ascribe this to the outmoding of superstition by the so-called superior knowledge and wisdom of an enlightened scientific age (Enoch 68:16 & 1 Timothy 6:20). Others, while receiving the spiritual message of the Bible, fail to see in it the solution of our economic and social problems.

Yet both Old and New Testaments contain a revelation of God’s Will, eternal principles which are the only true guide for mankind from age to age. In spite of the drift away from the Bible, the need is greater than ever before to learn Divine Wisdom and obey the Divine Will.

The closer the enquiry into the works of the Creator, the more obvious it becomes that there is a right and a wrong way of doing things. Throughout all is the reign of law. Obedience to The Law tends to Life, disobedience tends to Death. Obedience to the laws of electricity has supplied many wonderful inventions for the comfort and convenience of mankind. Disobedience of the law of insulation is death.

The law of fertility of the soil has been termed the Wheel of Life. Death and decay are transmuted into life and health by the harmonious (organic) action of bacteria, fungi and worms in the soil. The true basis of public health should be the law of return of animal and vegetable wastes to the soil, yet in our time the chemical mind has neglected this Wisdom. Analysis of soil chemicals has posed as scientific knowledge, and dosing the land with this or that chemical compound has been the vain remedy for sickness of the soil. The unexpected result of that way is soil erosion, dustbowls, deserts, polluted drinking-water, more diseases, sickness and death.

In modern times the doctrines of finance capitalism have held the stage. The so-called science of economics has been enthroned. The miseries of the workers in the 18th and 19th centuries, the dire poverty of the masses in contrast with the fabulous riches of the few, these were regarded as regrettable evils, but inevitable, as part of the man-made "laws of economics". Men have failed to realise that the system of finance capitalism was made by man, and had no part in the Wisdom of God. The evils are inevitable only as long as the evil system which causes them is allowed to endure and prevail.

In the beginning God created man and woman, whose happiness and welfare depends upon obedience to His Commands. Worldly counsels, however, prevailed; the lust of the flesh, the desire of the eyes, and the pride of life were preferred to the Wisdom of God. The result was death. In the same hour that the sentence of death was passed, came the promise. The seed of the woman should bruise the head of the serpent, but the serpent would bruise his heel. The long genealogies that follow in the Bible were recorded in the hope of the coming of the seed of the Woman, the expected Redeemer of mankind. The hopes of The Covenant seed were in the future. When Jesus came in fulfillment of the promise, the powers of evil sought to destroy Him, but He rose from the grave triumphant over sin and death.

The Bible teaches believers in Jesus to look forward to His return in power, when they hope to be changed into His likeness, and they expect that the "dead" in Christ shall also be raised in the new body of eternal life. This is the Gospel of Salvation, and is expressed in the words of Jesus, John 3:16, "For God so loved the world that He gave His only begotten Son, that whosoever believeth Him should not perish, but have everlasting life."

The Bible contains another theme which is termed the Gospel of the Kingdom of God. Abraham was called to inherit a certain land, to found a great nation, and to be a blessing to all families of the Earth. In due time his descendants, the twelve tribes of Israel, entered into Palestine with the promise that, if they obeyed God’s voice, they would be unto Him a kingdom of priests, and an holy nation. They were being established as God’s Model Kingdom on Earth, to obey His Law, and to be prosperous and happy. Other nations would observe this shining example of how God’s Law works in human affairs, and wish to do likewise.

Israel, as Bible history shows, rarely obeyed God’s Laws. They became a melancholy example of the frustrations which follow departure from The Right Way of doing things. The two Israel nations (for early in their career they divided into two kingdoms, the northern ten-tribed House of Israel, and the southern two-tribed House of Judah; Judah [Jew-dah] being the ancestor of some of the Jews) went successively into captivity and exile.

Some of the Jews returned from exile, and it was to them Jesus came preaching the Gospel of the Kingdom of God. He gave them another chance to obey God’s Law and to become God’s Model Kingdom on Earth; but they rejected Him, and therefore He declared that the Kingdom of God was taken from them and would be given to a nation bringing forth the fruits of it.

The attempt of the Zionists to claim Palestine as the national home of the Jews is unscriptural on several grounds, and its fruit is the insoluble Palestine problem, and may well be the Sarajevo to kindle into flame the Third World War. It ignores the fact that the Jews are descended from only two of the twelve tribes of Israel. It ignores the fact that no promise of national restoration is made in the Scriptures apart from the New Covenant in Christ. It forgets that the wider promise to Jacob was that his seed should spread abroad to the West, and to the East, and to the North and to the South, and that the blessings would be to the "utmost bounds of the everlasting hills."

We, of the British Commonwealth of nations (Ephraim - Genesis 48:19) have, through no conscious effort of our own, come to occupy a unique position in the world, with a unique opportunity to put God’s Law into practice, and be a blessing to other nations. This position and opportunity are shared by the United States of America (Manasseh - Genesis 48:19). Instead, we have enthroned the false gods of finance capitalism, and unless we set our own house in order, the opportunity will pass us by also. It is therefore an urgent matter for us to become acquainted with God’s Law, that we may find the solution of the problems which so grievously perplex our age.

When both houses of Israel were going into captivity, the prophets received God’s promise that He would write His Law in the hearts of His people Israel, Jesus supplied the key to this promise when He said "If ye love Me, keep My Commandments." And again, John 3:3, "Except a man be born again (as his spirit-Being, which is not human), he cannot see the Kingdom of God."

Obedience to God’s Law is the result of the new birth (as your spirit-Being). The sinful nature of the flesh (human) can not do God’s Will, only the new spiritual life with the Spirit of God through faith in Christ Jesus can keep The Law. Thus the Gospel of Salvation and the Gospel of the Kingdom become one organic whole.

In the Kingdom of God, Christ will be King. Every great war has been followed by a League of Nations or a U.N.O., but every such attempt to bring concord and security to mankind has ended in disaster, because it has been built on faulty foundations (Ezekiel 13:9-16). The citizens of the Kingdom of God must be born again as their spirit-Being, and they must acknowledge Christ as Lord and King.