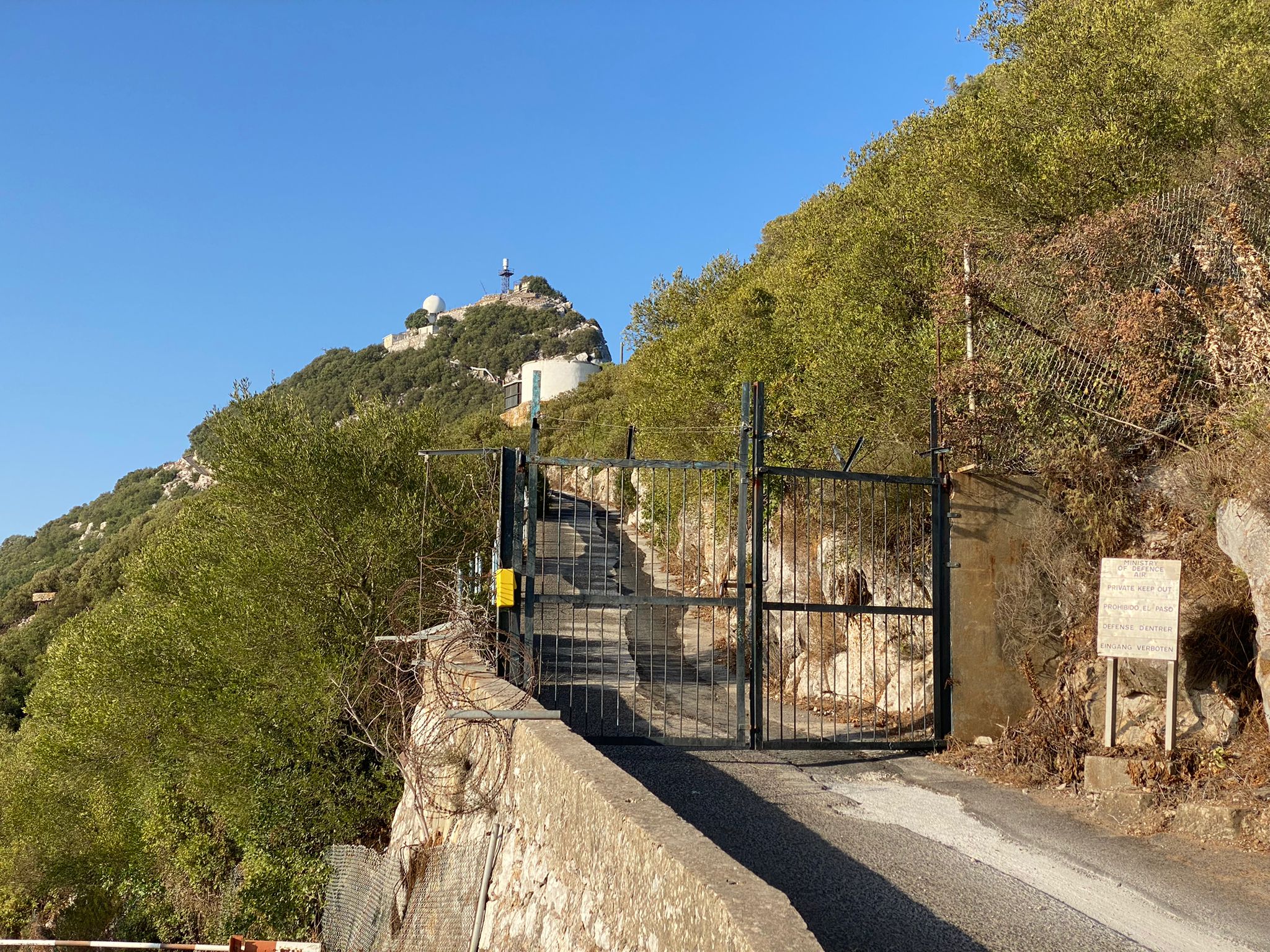 RAF Gibraltar is set to replace its existing radar equipment according to a planning application filed with the Town Planner. The radar equipment will be located where the exiting tactical air navigation system, commonly referred to by the...

RAF Gibraltar is set to replace its existing radar equipment according to a planning application filed with the Town Planner.

The radar equipment will be located where the exiting tactical air navigation system, commonly referred to by the acronym TACAN, is within Rock Gun.

The existing infrastructure is unable to be used and therefore a new 11.8 metre structure is required.

According to the application, the new purpose built tower incorporates an equipment cabin that will house the radar equipment cabinets and associated ancillaries.

The cabling from the antenna will run down the new tower structure. The radar antennas will be housed within a white radome similar to the existing radar installation and the new radar structure will be installed on the existing TACAN installation.

“The general public is safe at zero metres from the radar and the radio electric impact is zero at all categories at ground level at this distance.”

“This is the highest safety level achievable. The site is protected by a perimeter fence with a healthy margin of safety and there is no risk to the public.”

“The risk to wildlife due to exposure to RF energy emitted by the Radar is considered extremely improbable. The wildlife would have to be directly in line of the radar beam and within 5.9m metres of the radar antenna as it rotates for a sustained period of time.”

The only permanently illuminated lights on the radar site will be low intensity red obstruction lights on the top of new tower structure to comply with aviation safety requirements.

An application for a new fence around Rock Gun has also been filed with the Town Planner. Permission is being sought to remove the existing security fence in sections while constructing a new fence ensuring no breach of security. The new fence will be three meters high with barbed wire on top. The fence post will be constructed from hot dipped galvanised steel and polyester powder and the panels from galvanised super security pattern expanded metal sheets with a polyester powder coated finish.

In addition, a new main access gate will be installed, measuring three meter wide by three meter high. These double gates are to be manually operated. Spectacular aerial work for the highest radar on the Rock

A Boeing Chinook helicopter delivered four pieces of radar equipment to the Rock Gun on the top of the Rock this afternoon, a step that the Gibraltar administration considers "key in the upgrade of the air traffic management systems at the Royal Air Force (RAF) base in Gibraltar". This fragile equipment was transported to the top of the Rock by the experienced crew of the 27th Squadron from the RAF base at Odiham (England). The air operation was carried out in support of the UK Ministry of Defence (MOD) Marshall Programme to upgrade and support air traffic management capability at 65 units in the UK and around the world. RAF Gibraltar's air traffic infrastructure at Rock Gun will benefit from this investment, with an improved air traffic picture and enhanced remote monitoring and management of the system. The four suspended loads delivered by the Chinook were components of the new STAR-NG radar, including the radar units and drive mechanism. A new navigation beacon was also carried to the top of the Rock.

RAF Gibraltar's Base Commander, Lieutenant Colonel Nel Doherty, noted the skill of the teams involved in today's successful flight: "I am really delighted with the way this difficult task has been accomplished. As always, the Rock poses its own challenges, which makes a replacement like this more complicated than usual.

Recently, 27 Squadron has provided tactical airlift to frontline troops in Afghanistan. The Squadron operates the Chinook helicopter, an extremely capable and versatile support helicopter that can carry up to 55 troops or up to 10 tonnes of mixed cargo.

The radar is expected to be operational in September 2022 after a period of verification and testing. Controllers will continue to use the Watchman radar until then. 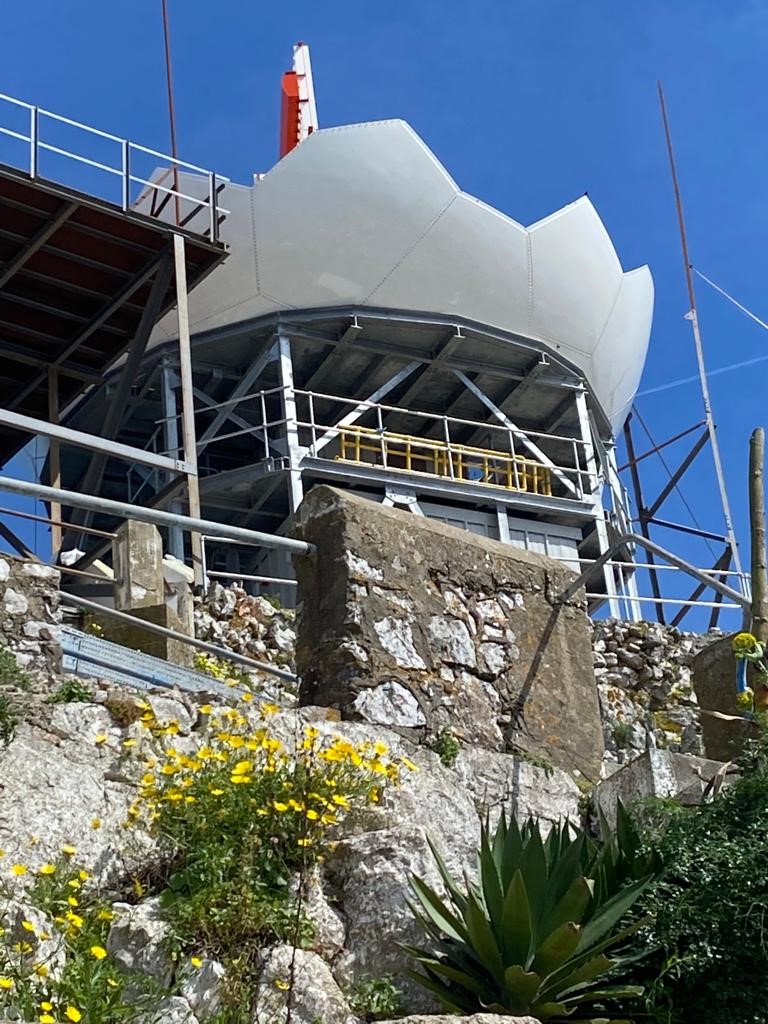 For the next few months, the Rock of Gibraltar will carry two radomes, a combination of radar and dome, as RAF Gibraltar continues its upgrade of air traffic management systems.

For the next few months, the Rock of Gibraltar will carry two radomes, a combination of radar and dome, as RAF Gibraltar continues its upgrade of air traffic management systems.

The new STAR-NG radar, being installed under the UK Ministry of Defence’s Programme Marshall, will be covered within its protective casing over the coming days, temporarily changing the skyline of Gibraltar.

Since the 1980s, Rock Gun has had a single radome encasing the ageing Watchman radar. Once the new STAR-NG radar has passed its rigorous validation checks, the Watchman radar will be shut down and removed from site, after giving decades of impeccable service to the airfield 400 metres below.