Protestors vow to target Drag Queen Story Hours in Bristol, Leeds and Oxford after police had to escort performer from a Reading library after group stormed event 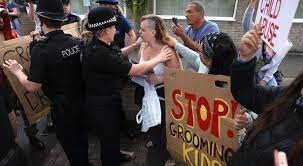 Protesters who stormed a library drag queen ‘Story Hour’ have vowed to target future performances and hinted at further action by declaring the ‘first phase’ was done.

The anonymous video supplied to MailOnline showed a demonstrator telling supporters he would be at other events on the tour.

He vowed: ‘I will be at the Oxford ones, the Bristol ones and hopefully I will get to the Leeds one. Those are the ones I am hoping to commit to by swapping days this weekend.

‘We have done the first phase, well done everyone. Top marks for everyone involved.’

It came after police were forced to escort a drag queen to safety after a group of protestors stormed the ‘Story Hour’ event run for three to 11-year-old children at a library. 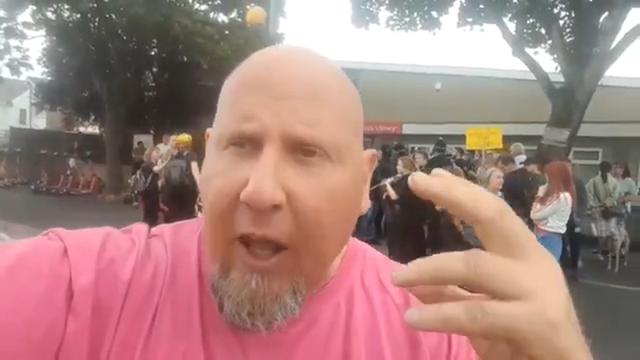 Would leftists actually target a Christian school church service with a sexualized drag show? Of course they would.

Students at Manhattan’s Grace Church High School say they were supposed to attend Wednesday church services on April 27th, 2021 when they were greeted with a surprise substitution show featuring a dancing drag queen in orange go-go boots called “Brita Filter” (the symbolism of the stage name is unknown). The event was sponsored by “Spectrum,” the school's LGBT support club and members of the school faculty.

The students allege they felt pressured to participate and had to pretend they enjoyed the event. Some Spectrum club members tapped teens on the shoulders and ordered them to stand for the show, while others handed out pride stickers and stated “Take one or you’re homophobic.” Other kids got involved in the show and began twerking in the chapel.

After the dancing was over, Brita discussed being “pansexual.” 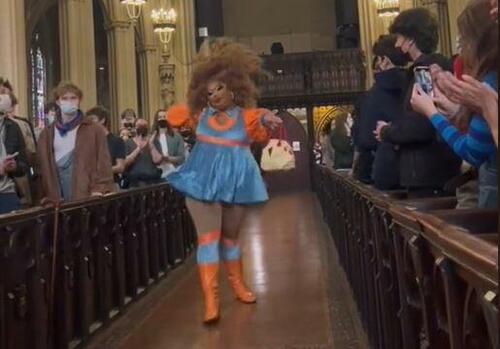 Said one student, “It’s notable that this person consistently called themselves fabulous and talented and beautiful. Not just once or twice, but over and over this person reassured themselves that way...”

The inherent narcissism of the pride movement is easily observed.

Beyond the obvious affront to Christian doctrine, the trend of sexualized drag performances for kids sponsored by schools has become an epidemic. Numerous schools over the past year have been caught secretly hosting drag queen shows without asking parents for permission. The wider media exposure of these events has been met with attacks from leftists, claiming that there is no sexualization agenda in schools.

The gaslighting has been rampant and the goal behind trans indoctrination and school drag shows is openly admitted: It's about political activism and normalization.

On TikTok, Brita bragged about the event:

“I literally went to church to teach the children today...A Catholic High School here in NYC invited me to their Pride Chapel. Visibility matters and I’m so honored to have had the chance to talk to you about my work as a LGBTQ+ Drag Queen Activist.”

Grace Church Schools plan to introduce pride events to younger middle schoolers as well, with lessons on the “history of the pride flag” and what it symbolizes. 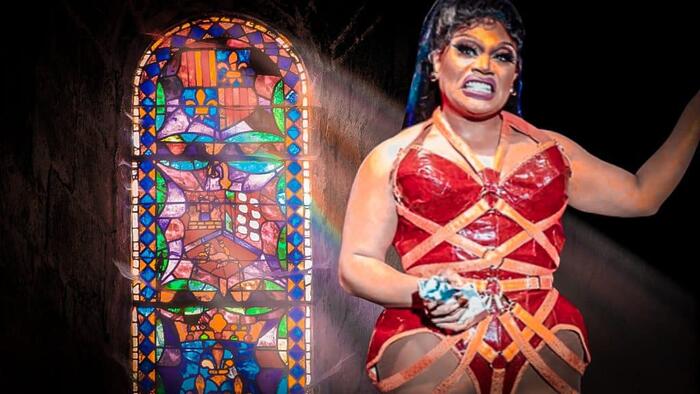 The trend of sexualized drag performances for kids sponsored by schools has become an epidemic...