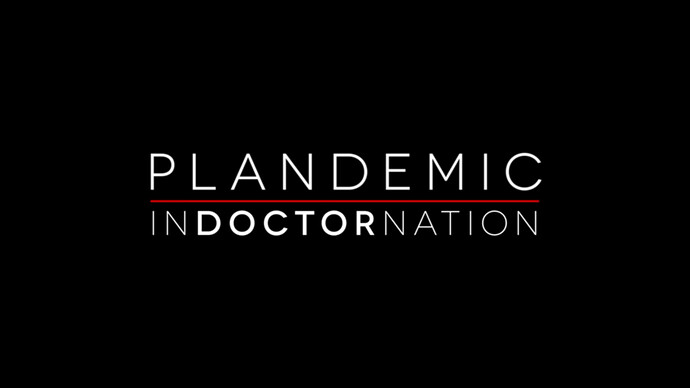 Plandemic II: inDOCTORnation film released - here are the most damning...

The bombshell new film, "Plandemic II: inDOCTORnation" was released yesterday, and this film unleashes bombshell after bombshell about Dr. Fauci, the CDC, the WHO, the corrupt vaccine industry, the NIH under Obama, and the whole pandemic scam that...

The full-length film is available at this link on Brighteon.com:

Guided by the meticulous work of Dr. David E. Martin, Plandemic II: Indoctornation, tracks a three decade-long money trail that leads directly to the key players behind the COVID 19 pandemic. Plandemic II connects the dots between all forms of media,...

Adams wrote: This next link is usually more censorship-resistant for sharing:

Consider this film to be a “must-see” documentary that will absolutely blow your mind and forever change your understanding of the total corruption of the “science” establishment and the for-profit medical system. In essence, a group of evil people built this virus and released it onto the world so they could crush humanity and earn billions in profits. Even more shockingly, this isn’t the first time they’ve tried this.

Also be sure to read Mike's Natural News article linked above because more is disclosed.

JAH’s response after watching the film:

“This explains, in minute detail, why pharmacy is prohibited, by God’s Law that you have abandoned in favor of fraudulent ever-more oppressive legislation, that the pharmaceutical companies bribe your politicians to enact and enforce, to cause you irreparable harm, while stealing your money.

The only solution is to return to The Law, and ban all pharmaceutical products and those who administer them. God promised you in The Law, that if you keep The Law, then He would remove all sickness from man and beast, but you have rejected Him and His Law to your own impoverishment and destruction.

It’s time to return to God and The Law.

It is extremely important that you watch and digest the contents of this film.

Only The Truth and The Law can set you free from these evil people.”

Thank You. Long Live The King.

Read also – HEALING IN HIS WINGS: The Way to Good Health

Good day and good wishes Dots.
Thank-You for sharing Mike Adams latest article and film PLANDEMIC ll. I learned so much by viewing this informative film.

Agreed. We all need to return to God and enforce God's Law thereby banning all Pharmacy.

Learned so much from watching this film.

Thank-you for the message (JAH"s response).

The ‘Plandemic’ and the Great Awakening

‘Plandemic 3’ Will Expose Power Players and Their Intentions, and is do to be released over the winter.

We are the David against the Goliath. The Goliath is incredibly powerful, but will be defeated. But it requires us to do the one thing that we're all afraid to do right now, and that is to stand up and speak out …

Willis the film maker suddenly started appreciating the importance of having faith in something greater than ourselves.

“I found a deeper understanding of my own fate and faith,” he says. “And I have learned that the people that impressed me the most, are humble, are not doing this for any kind of profit, but that are simply here to stand for the organism of life, all have some form of a foundation of faith in God in their lives …