Pedro Sánchez and Juanma Moreno, in San Roque for the presentation of the Cepsa project 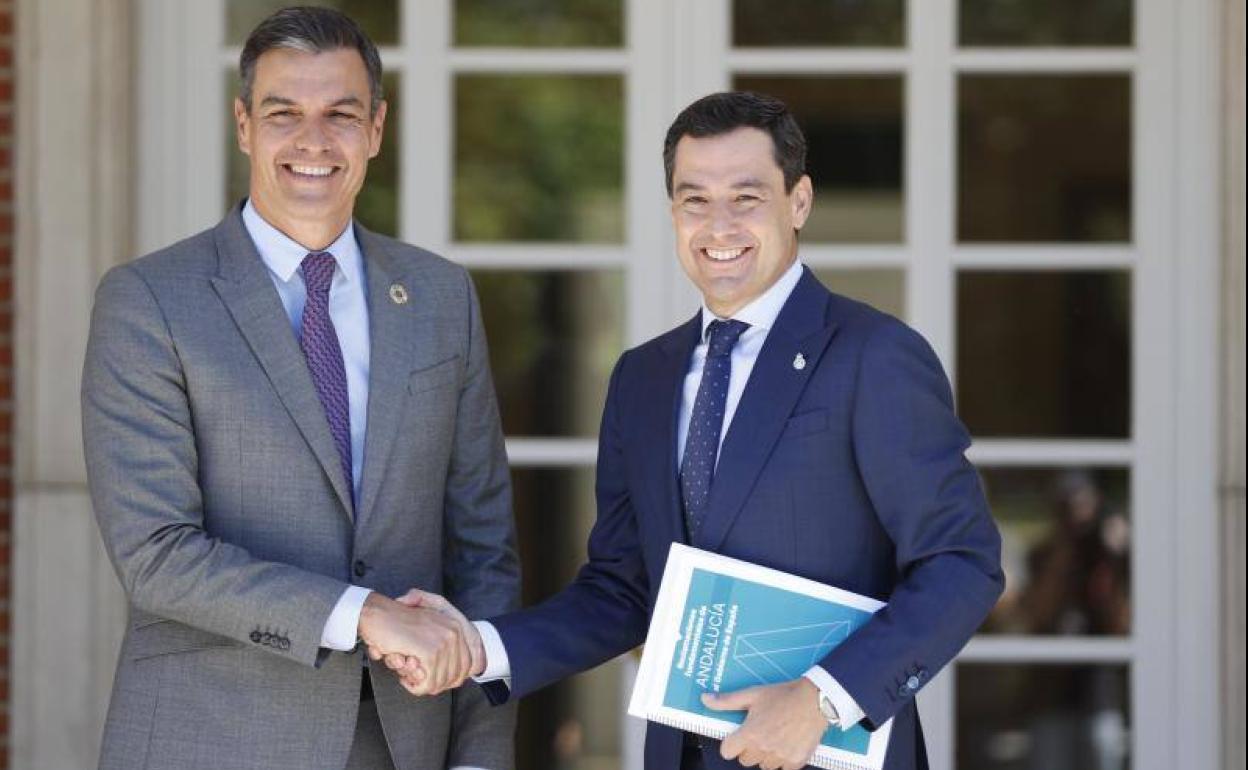 The Mayor of San Roque, Juan Carlos Ruiz Boix, has expressed his satisfaction and gratitude for the visit that the President of the Government of the Nation, Pedro Sánchez, the Minister of Transport, Raquel Sánchez, and the President of the Junta de Andalucía, Juanma Moreno, will make next Thursday to present the "Positive Motion" energy transformation projects at the Cepsa Refinery in San Roque.

Ruiz Boix expressed his gratitude and excitement at the presence of the authorities, both from the Central Government and the Andalusian Regional Government, to announce some of the investments that the new management of the company, led by its new CEO, Maarten Wetselaar, had already proposed in May. The mayor recalled that the advisor announced an investment in our country of some 5,000 million euros in green hydrogen, in methanol, in fuels for ships, and that it would be produced in the two main plants that Cepsa currently has, in Huelva and San Roque.

"I understand that this visit on Thursday 1st suggests that the relevant part of the five billion euros announced will be in the municipality of San Roque. We will study this implantation," he continued, "we will cooperate so that our municipality can be the object of these investments and I will always position myself on the side of industrial plants that respect the environment, health rights and our town planning".

In this sense, the mayor recalled that San Roque has 35 hectares that are in the portfolio for industrial land pending the development of the reparcelling project, "which is where we are right now and we are still awaiting new investments and actions".

Therefore, the San Roque councillor hoped that the land in San Roque would be one of the areas considered by Cepsa's management and by the Spanish government, which is promoting this ecological transition, "this decarbonisation that we all want to achieve by changing fossil fuels (diesel, petrol, fuel oil) for a new green hydrogen fuel, methanol". We understand that we are all pursuing this objective, as it is more respectful of the environment, and it is in this task that I am grateful for the visit, and we will be looking forward to finding out more details of Cepsa's Strategic Plan in Spain", he concluded.

The visit of the leaders of the Central Government and the Junta on 1 December to the municipality of San Roque will be to attend the presentation of Cepsa's green hydrogen projects in the area.

During the event, the company plans to disseminate the key points of its projects to make its Positive Motion strategy a reality, a commitment to energy transformation and decarbonisation.

Campo de Gibraltar is one of the areas considered optimal and favourable by Cepsa to develop these sustainable projects, and which will have the support of the Spanish Government and the Andalusian Regional Government, taking into account that the production of green hydrogen is one of the decarbonisation strategies set by the European Union between 2025 and 2030. In addition, it is also intended to develop a similar supply chain from Cepsa's energy park at La Rábida, in Huelva.

Last October, Cepsa confirmed that it will work jointly with the Port of Rotterdam to establish the first green hydrogen corridor between the south and north of Spain. The route is expected to be operational by 2027.