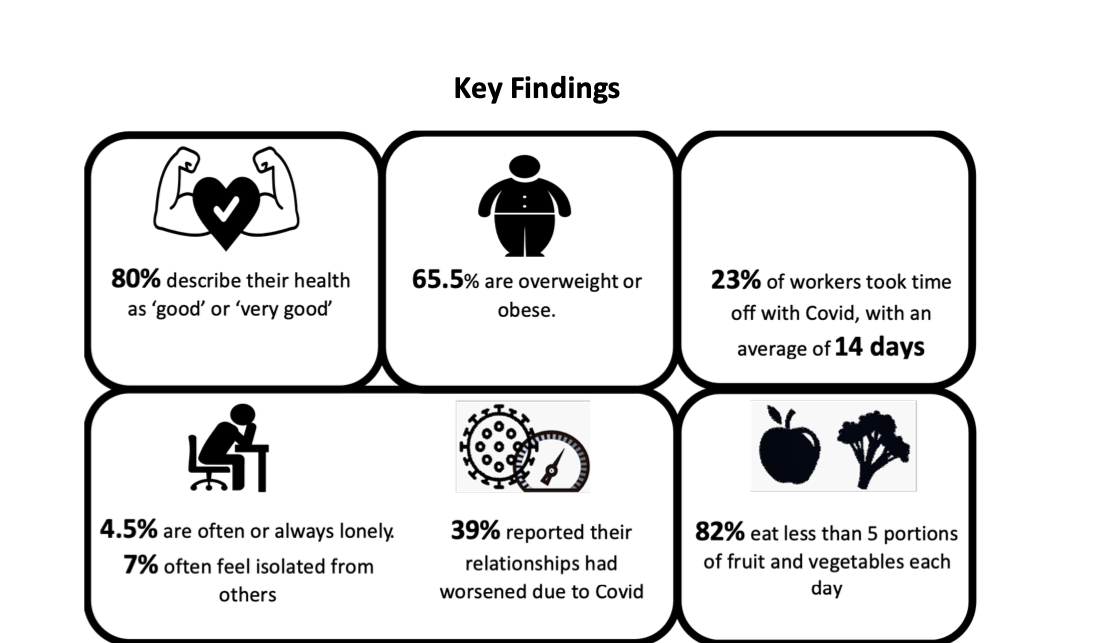 One third of Gibraltarians have anxiety, 65% are obese and overweight, and 82% eat less than five portions of fruit and vegetables a day, according to a survey by Public Health Gibraltar that nonetheless found most respondents felt they were in good...

One third of Gibraltarians have anxiety, 65% are obese and overweight, and 82% eat less than five portions of fruit and vegetables a day, according to a survey by Public Health Gibraltar that nonetheless found most respondents felt they were in good health.

These were among the key findings in a health and lifestyle survey carried out by Public Health Gibraltar earlier this year.

The survey aims to analyse the overall health of Gibraltar against the backdrop of the pandemic, and its findings will aid professionals to lay the foundations of local health care going forward.

The survey was published in draft form on Friday, the last working day for the Director of Public Health, Dr Sohail Bhatti, who ensured it was published before his departure.

“Unfortunately, this is one of my last acts as your Director of Public Health,” Dr Bhatti said.

“I hope, however, that the findings help instigate a dialogue and debate about our health and wellbeing in Gibraltar.”

“The aim is to provide the report in a number of instalments, the first is an overarching report, followed by more deep dives into issues.”

Alcohol consumption, exercise, smoking, gambling and sleep were some of the subjects the team from the Contact Tracing Bureau quizzed 606 respondents on.

Most, some 80%, described themselves as being of good or very good health.

But when the survey drilled deeper into the public’s health and lifestyle, there were different indicators as to the state of Gibraltar’s general health.

“Holding a mirror up to yourself can be daunting and sobering,” Dr Bhatti said.

“This is when we see every blemish, but also our assets.”

“It is noteworthy how highly people rate their health, when on many parameters they are not doing well.”

Key to findings was a sharp increase in reported mental health issues, most prominently anxiety.

Six years ago, in the 2015 health and lifestyle survey, the top five reported illnesses were all to do with physical health.

Now, after more than a year in a pandemic, anxiety tops the list.

Some 32.5% of respondents have reported having anxiety and 12.5% reported depression.