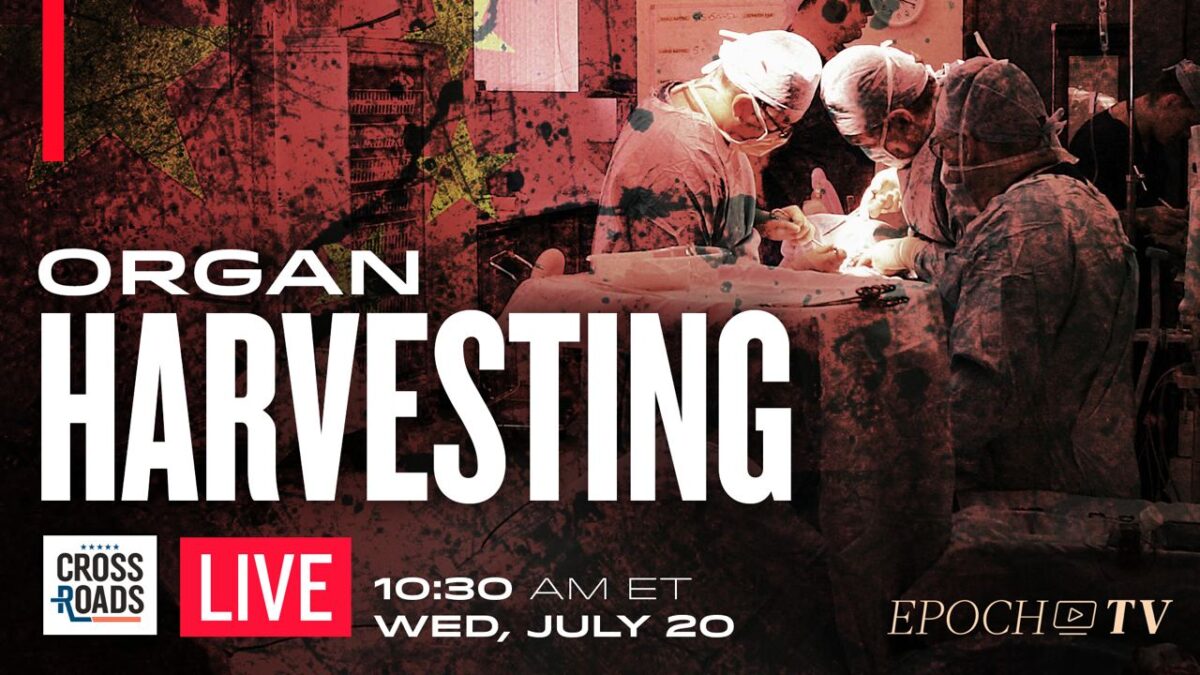 On July 20, 1999, the Chinese Communist Party launched a persecution against one out of every 13 Chinese ...

On July 20, 1999, the Chinese Communist Party launched a persecution against one out of every 13 Chinese people, in a campaign that included arrests, torture, and killing. This was the persecution against Falun Gong, a Chinese meditation practice based on the principles of truthfulness, compassion, and forbearance. Now, 23 years later, the persecution continues, but its crimes are being exposed.

Among the key findings in the persecution of Falun Gong is that of live organ harvesting, where religious believers are being used as living sources for organ transplants in a murder-for-profit program by the Chinese regime.

We will have Dr. G. Weldon Gilcrease, deputy director of Doctors Against Forced Organ Harvesting (DAFOH) joining us to talk about DAFOH’s findings on what’s happening.

In this live Q&A with Crossroads host Joshua Philipp, we’ll discuss these stories and others, and answer questions from the audience.

A shorter version of the same video above, but without the Q & A. 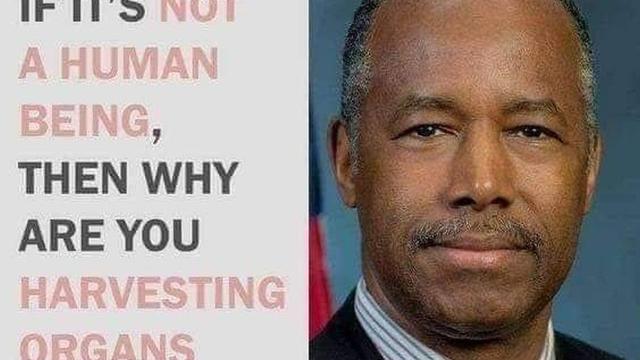 sharing video clips fake news media don't show copyright owned by Crossroads with JOSHUA PHILIPP YOU NEED TO WATCH THIS VIDEO (LINKS) wear the hat or touch the wall bitchute.com/video/L5wppKerGNmX/ Pfizer Was Fully Aware That Their 'Vaccines' Were… 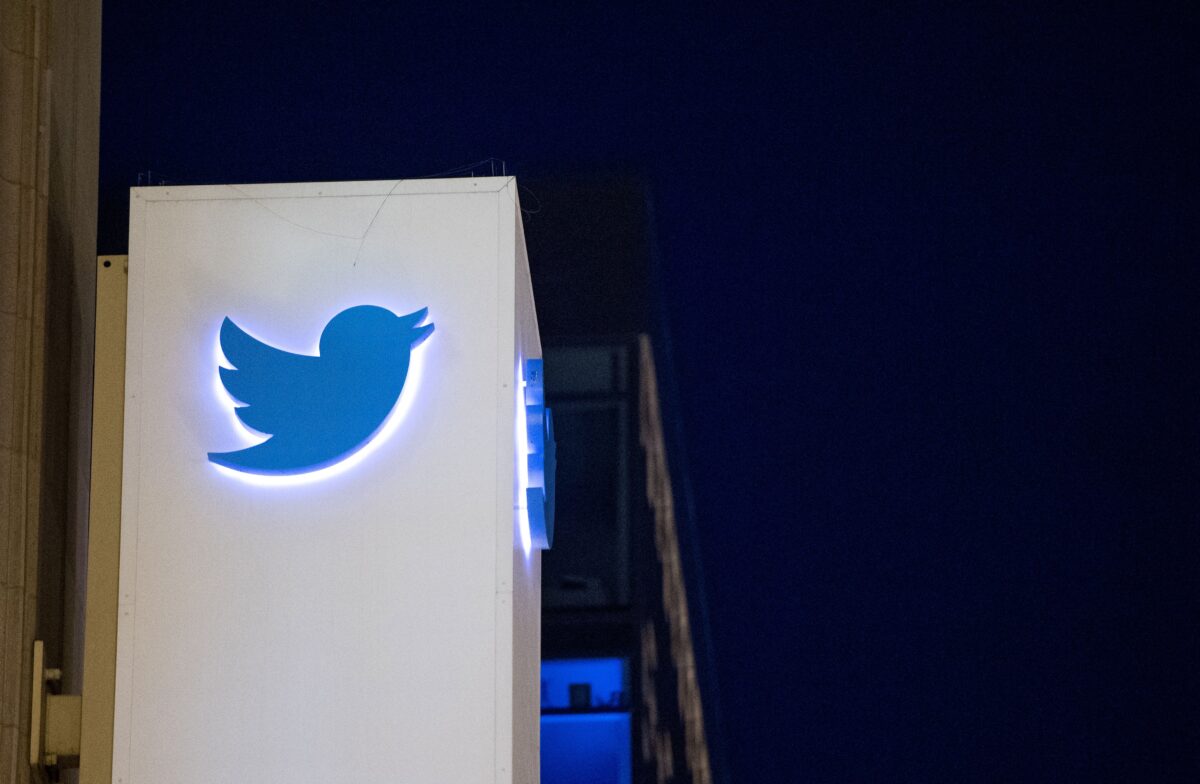 Twitter on July 28 imposed a blockade on all content from The Epoch Times without explanation, raising further ...

Twitter on July 28 imposed a blockade on all content from The Epoch Times without explanation, raising further concerns about freedom of speech on the platform and drawing ire from three U.S. senators.

The platform enforced a warning on all links from The Epoch Times. A click on a link directs users to a page titled “Warning: this link may be unsafe,” which prompts users to return to the previous page.

“The link you are trying to access has been identified by Twitter or our partners as being potentially spammy or unsafe,” the warning stated, citing Twitter’s URL policy.

The notice said that the link could fall into any of four categories: “malicious links that could steal personal information or harm electronic devices”; “spammy links that mislead people or disrupt their experience”; “violent or misleading content that could lead to real-world harm”; or content that “if posted directly on Twitter, are a violation of the Twitter Rules.”

Twitter’s warning page allows users to proceed to the Epoch Times link if they click on the word “continue” at the very bottom of the page.

The platform has not responded to multiple requests from The Epoch Times for clarification.

“Twitter is blocking all links to @EpochTimes, including a story about a human trafficking survivor, and labeling them as ‘spammy’ and ‘unsafe.’ Twitter must explain itself for this outrageous act of censorship,” Rubio wrote in a July 29 tweet.

“Twitter is censoring @EpochTimes under the guise of ‘unsafe’ speech. Remember what happened the last time corporate media and big tech tried to censor my investigation on Hunter Biden corruption?” he wrote. “The truth always prevails.”

“We all remember your biased censorship of [The New York Post] and how that ended for you,” Scott said.

Among the first to be affected by Twitter’s blockade was Eliza Bleu, a human trafficking survivor. In an interview that premiered at 7:30 p.m. ET on Thursday, Bleu shared about how abusers groomed her by preying on her vulnerabilities.

Bleu tried to repost the link after watching the interview, and to her surprise and dismay, found that she “couldn’t even click on the link.”

“I’m pretty disheartened that the interview link was labeled as unsafe, because it’s not unsafe,” she told The Epoch Times.

“By watching the interview, anyone can tell it’s pretty educational,” she said. “I wasn’t talking about anything that wasn’t factual. I was just really just trying to educate, raise awareness, and bring attention to the issue.”

She added that the link seemed to be accessible when the interview first aired but became blocked sometime afterward.

The Epoch Times was founded in 2000 by Chinese Americans who fled communist China and sought to create an independent media outlet to bring uncensored and truthful information to the world.

At least 10 staff members for The Epoch Times were arrested that year in China, with one editor-in-chief spending a decade in prison.

While operating outside of China, the media outlet has remained a consistent target of attacks from the Chinese regime over the past two decades.

The printing press of the Hong Kong edition of The Epoch Times has suffered a series of violent break-ins, including arson, over the years, viewed as attempts by Beijing to intimidate the publication. In an official statement last year, President Joe Biden’s State Department condemnded an attack on an Epoch Times reporter in Hong Kong.

Major Chinese state media, by contrast, remain accessible on the platform as of press time.

Jeffrey Tucker, founder of the Brownstone Institute think tank and a contributor for The Epoch Times, also expressed his shock.

“The @EpochTimes, the entire media complex, has been declared by Twitter to be unsafe. This stuns me, even though I thought I was beyond shock at this point,” he wrote.