In the early hours of Christmas morning (clue) in 1950, the Lia Fail (Stone of Destiny) was removed from Westminster Abbey by four Scottish Nationalists:- Kay Matheson, Ian Hamilton, Gavin Vernon and Alan Stuart, and taken back to Scotland, with the assistance of two new members of the team: Johnny Josselyn and Bill Craig.

Big Ben struck 4 a.m. as Kay Matheson drove the Anglia into a lane at Palace Yard by the Abbey. Ian Hamilton parked the known car on nearby Millbank. She stayed in the car as the other broke into the Abbey near Poets' Corner and made for the Confessor's Chapel. Hamilton laid his coat reverently on the ground to receive the Stone, but it wouldn't budge.* He pulled one of the rings, and suddenly it was sliding towards him as easily as though THE HANDS OF ANGELS WERE HELPING. To his horror he realised that only part of the sandstone (porphyry) block was attached to the ring.

In 1950 – 70 years ago – The Stone of Destiny began its final overturn. It happened on Christmas Day as a SIGN to the British people that Christ had returned. The Windsors were put on notice; and G…

161. The Coronation Stone is Jacob’s Pillar – The Real One is Still Hidden in...

The Lia Fail; Stone of Destiny; Coronation Stone – Jacob’s Pillar JAHTruth.net/liafail The stone in Edinburgh Castle is a fake copy that QE2 was fraudulently crowned upon JAHTruth.net/b… 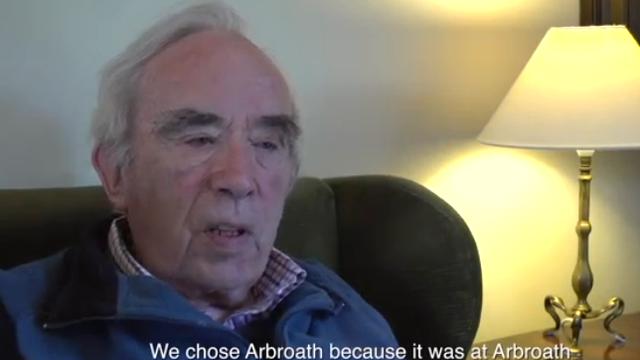 'Will the Stone of Destiny, which has been hidden somewhere in Scotland for almost 70 years, finally surface and complete its prophetic return journey to Ireland, to be reunited with the Ark of The Covenant for Christ’s coronation?

We are living in unprecedented times. The global, Babylonian market system has been in near total shutdown now for weeks, and possibly for the foreseeable future. Is this its final year, as prophesied in Revelation 18. Is this the end of the Roman Catholic church (Rev. 17:5), likewise as prophesied?

'Despite these obvious differences, the British and Scottish ruling and political classes keep up the pretense that the original was returned – so that they can keep up the deception that Elizabeth is God’s chosen queen...' 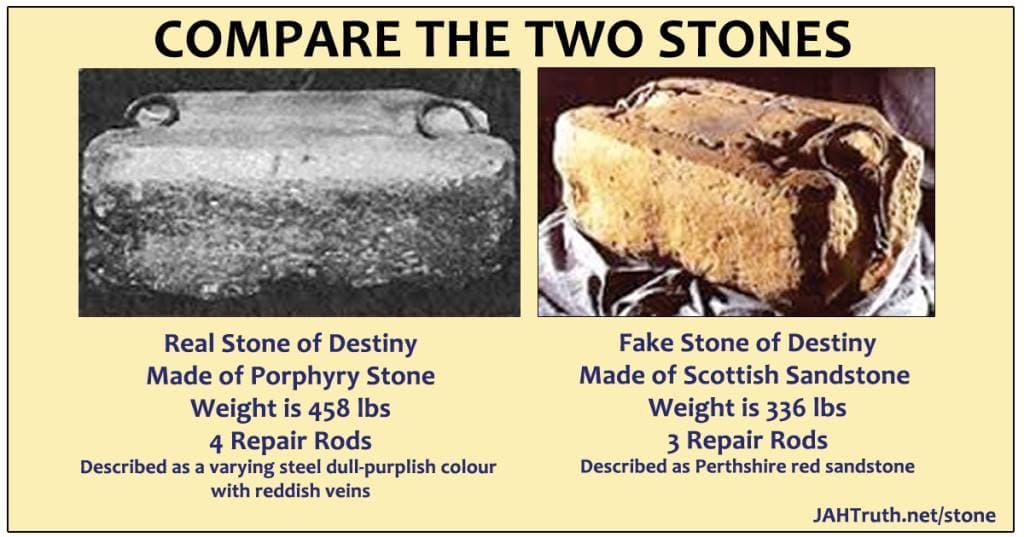 How I took the British Coronation Stone 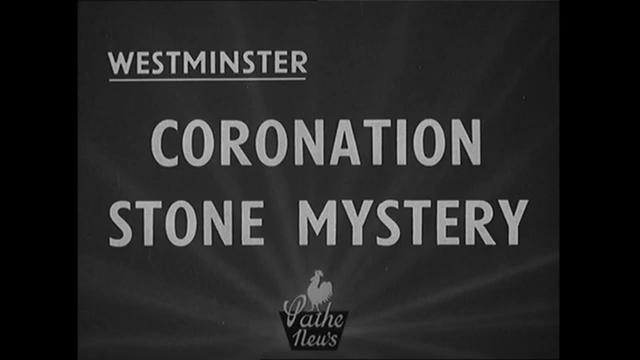 How I took the British Coronation Stone

The first three overturns were:
1. From Judah/Pharez in Jerusalem to Judah/Zarah (of the “Red Hand” – Genesis 38:28-30) at Tara, County Royal Meath, Ireland, c. 588-583 B.C.
2. From Tara to Scotland and Fergus the Great, c. 500 A.D.
3. From Scotland to England, with Edward “Longshanks”, in 1296 A.D.
4. The fourth overturn began on 25/12/50 (Christ-mas day) when Ian Hamilton and friends kindly removed the Stone of Destiny from Westminster Abbey and took it from David, who was from both the Judah line of David (Gen. 49:10) and also was called prince David, who had become king Edward the 8th and outlived his stand-in – George the 6th, fulfilling, exactly, Christ’s own prophecy to his Apostle John in His Revelation to John:

Revelation 30:16 ...I Jesus have sent mine angel to testify unto you these things in the communities. I am the root (source) and the successor of David (Ezekiel 21:27), [and] the bright and Morning Star.

It is impossible for the Stone that was taken to England by Edward “Longshanks” the First not to have been the real Stone of Destiny because God says so in His Prophecy to Ezekiel and that same Stone was taken by Ian Hamilton and friends also in fulfillment of Christ’s own prophecy in Revelation 22:16, quoted above, in order to prevent Elizabeth from being crowned on the REAL Stone of Destiny, after 22/4/48 (the “Fig Tree” date – the founding of the Jewish state in the Middle East), in fulfillment of that prophecy.

The Scriptural Marks of Christ

Whereby We May Know Him During His Second Coming by A. Freeman, guest writer There seems to be a huge disconnect between popular beliefs concerning Christ’s Second Coming and what the Scriptu…

(1 Jan 1951) A Christmas Day sensation at Westminster Abbey - the Stone of Destiny (which had been there for some 600 years) was stolen from the Coronation Chair. Opinion among a representative group of people in Glasgow varies widely. Also in Glasgow is a replica of the stone. Rumour, of-course, was very busy, and one was that it had been dumped in the Serpentine in London. 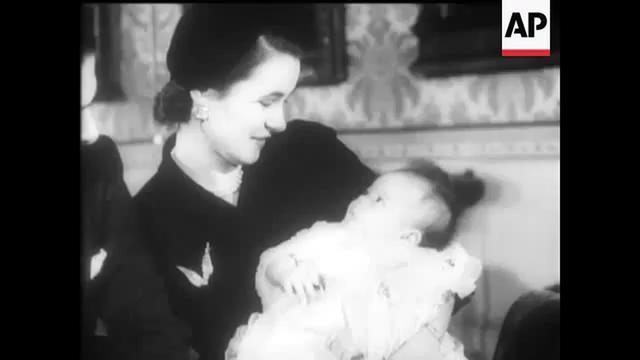 A Christmas Day sensation at Westminster Abbey - the Stone of Destiny was stolen from the Coronation Chair.

(The British Coronation Stone: its distant origin;
4,000 year history and amazing future.
But where is it now? Read on, right to the end,
to find out how it affects you.)

William Pritchard was the name of the artist commissioned to draw this medal, to be presented to those who removed the Stone of Destiny from Westminster Abbey, London, on Christmas Day 1950, and returned to it's current resting place, Scotland, on 31st of December 1950

'Two miles further on, at half-past two in the afternoon, we came to a sign which said "Scotland." We passed the sign and gave a little ragged cheer and shook hands. We were all most moved, for success is a strange thing, much nearer to prayer than to laughter.' as quoted from Ian Hamilton's book No Stone Unturned

And, with a faked copy handed back to the authorities at Arbroath Abbey, April 1951, this would lead to the Unlawful coronation of Elizabeth, June 1953, and a CURSE placed upon herself for lying to the British people which still continues up until this very day 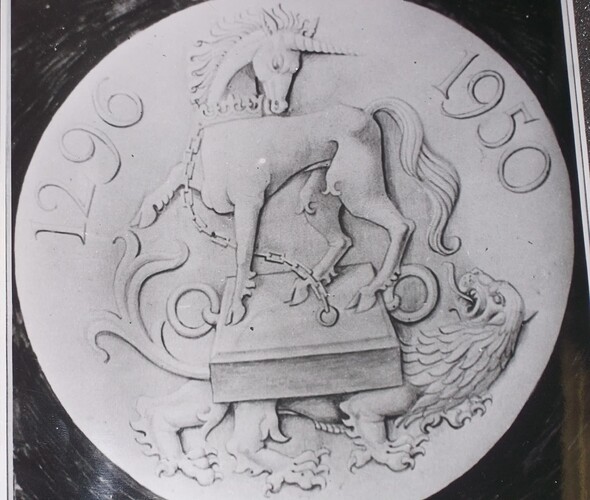 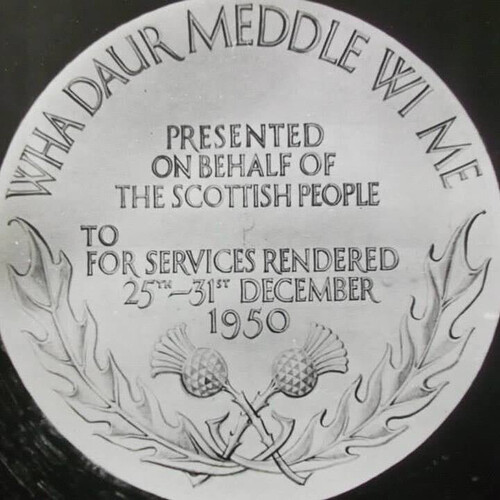 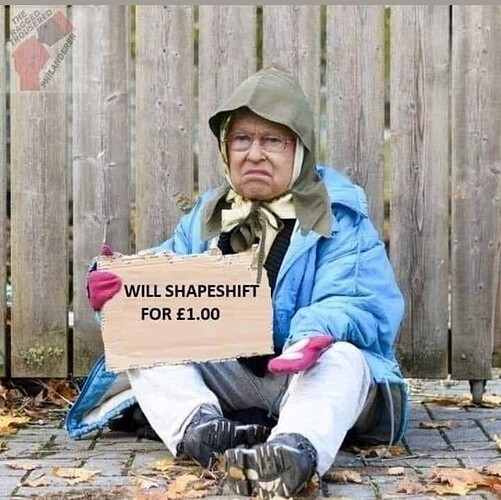 A handful of miles inside Scotland we stopped.
The symbol of her liberty had come back to Scotland, and we felt that some sort of rude ceremony was needed to mark the return of the Lia Fail to the custody of the Celtic people.
We stopped and drew the coat back and exposed it to the air of Scotland for the first time in six hundred years.
From our provision basket we produce a gill of whisky. we had kept this through the cold, wet nights for just such an occasion. We each poured a little of the fine spirit on to the Stone, and proposed a toast: Neil to the four robbers of Christmas Day, Alan to the Stone, and myself to the new Scotland we were going to build.
Thus quietly with little fuss, with no army, with no burning of abbeys or slaying of people and with the expenditure of less than seventy pounds, we brought back the Stone of Destiny'.
The above quote from Ian Hamilton's books on the return of the Stone of Destiny to Scotland on 31st of December 1950 now moves forward into 2020 for its hidden whereabouts after a fake copy of the stone was handed back to the authorities, at the time, on the alter at Arbroath Abbey on 11th of April 1950.
The search continues

ALL BLESSINGS FOR THE NEW YEAR 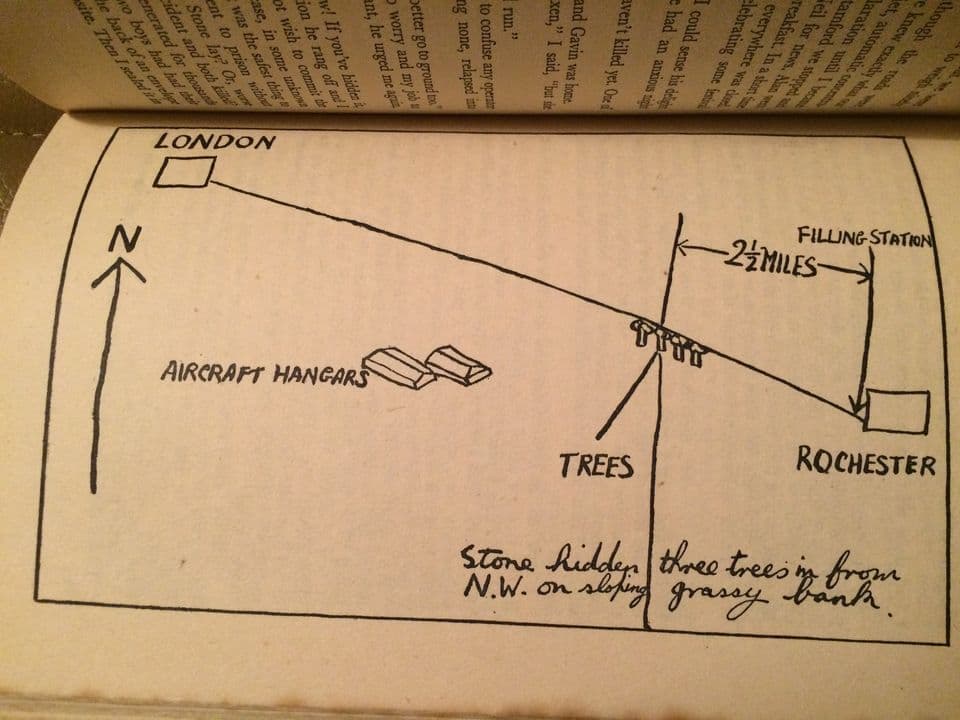 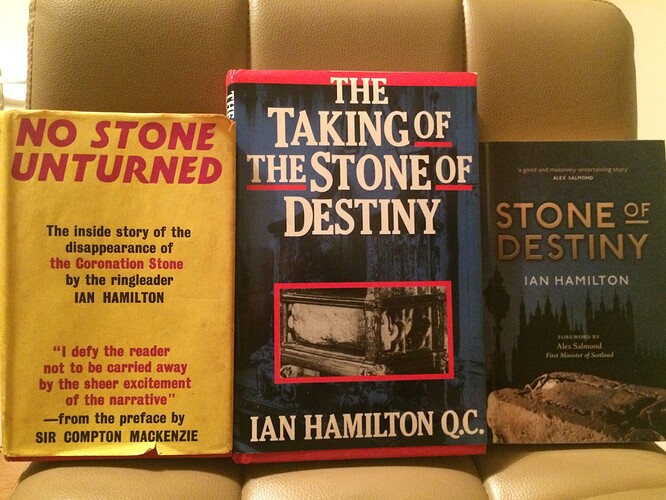 Ian Hamilton is quoted as saying

"Let the authorities prosecute us for sacrilege at their will, but I know that the hands of God were over mine when I lifted the stone that day". This Week in History, Dec. 24: Vancouver Sun runs 18-part series on theft of Stone of Scone by Scottish nationalists

And so He was. Amen.

Bertie Gray was a monumental sculptor as well as a Glasgow Councillor and vice-chairman of the Covenant, he produced his replica of The Stone (that he made in the 1920's) from his Lambhill store and helped Ian Hamilton and Bill Craig to place the fake Stone, wrapped in the Scottish Flag, on the High Altar of Arbroath Abbey at midday on the 11th April, 1951 and notify the authorities that they could find it there, which they did on the 12th.
The authorities then sent the fake stone (with the three bronze tubes in it), weighing exactly three hundredweight (336 lbs.), which was cut from sandstone that had been quarried from Quarrymill quarry at Scone in Perthshire, to London on the 13th and Elizabeth 2 was crowned upon it. Since Elizabeth 2 has never been crowned upon the real Lia Fail/Coronation Stone, she has not been officially crowned queen of Britain, in the eyes of God.
The fake stone, known as the Stone of Scone and weighing 336 lbs. (with the three bronze tubes in it), was sent back to Scotland in 1996, where it is now on public display in Edinburgh Castle. Bethel - Jacob's Pillar

In a small place (Tara ), which soon will begin to grow (in fame):

A small place of tiny area (the Inauguration Mound at Tara),

In the middle of which he will come to place His Sceptre (Lia Fail - Stone of Scone ).
Nostradamus

Top secret X-rays were taken of the fake stone

Was the real Stone of Destiny hidden in plain sight in Dundee?

Top-secret X-rays were taken of the Stone of Destiny to prove its authenticity following claims the "real" version was hidden in Dundee. Edward Heath's 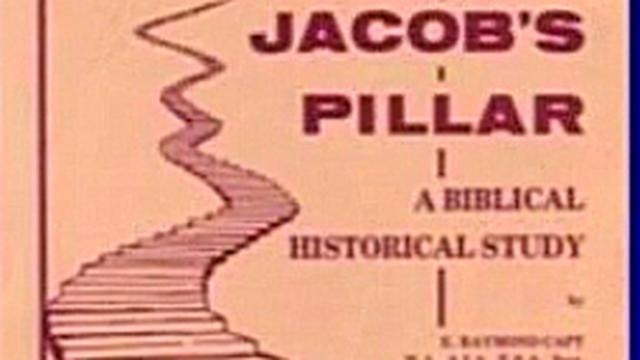 The Stone of Destiny 1 OF 3

The Stone of Destiny 1 OF 3

Muad'Dib produced a film in 2007 called "7/7 Ripple Effect". The film describes the most likely narrative of events on the day of the 2005 London tube bombings. His film exposes the bombings as an intelligence organised false flag attack, pointing out the glaring falsehoods in the official story. In 2009 Muad'Dib was arrested for sending some copies of his film to a trial to be considered as evidence. Since his arrest he has spent 157 days in prison and was recently found not guilty of any charge. His treatment by authorities illustrate just how important his film is in exposing the murders of 56 innocent British people by intelligence agencies. In this interview Muad'Dib explains his treatment over the last two years and also describes his May 2011 trial. -- See [http://www.richplanet.net/] 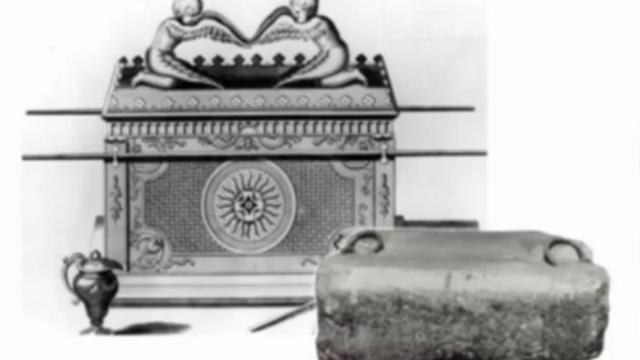 The Stone Of Destiny 2 OF 3

The Stone Of Destiny 2 OF 3 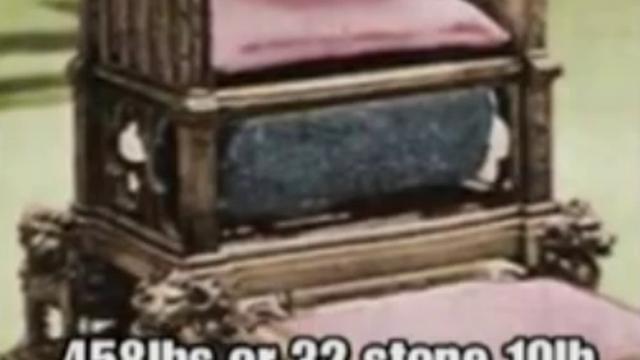 The Stone of Destiny 3 OF 3

The Stone of Destiny 3 OF 3

English monarchs throughout history have been coronated sitting on top of a large stone known as the coronation stone. This stone is called various other names including The Stone of Destiny, The Stone of Scone, Jacobs Pillar, and the stone of Bethel. The stone has been used throughout history by various civilizations on which to crown their monarchs. It is spoken about in the Bible and is known as Jacobs pillar. This is a very early part of the Bible and dates back to around 2000 B.C. Amazingly the stone was stolen from Westminster Abbey in 1950, and a fake one returned a few months later. This fact leads to questions about the legitimacy of the current English monarch Elizabeth. Does the fact she was coronated on a fake stone mean she is not the Queen? -- See http://www.richplanet.net/ for more information. 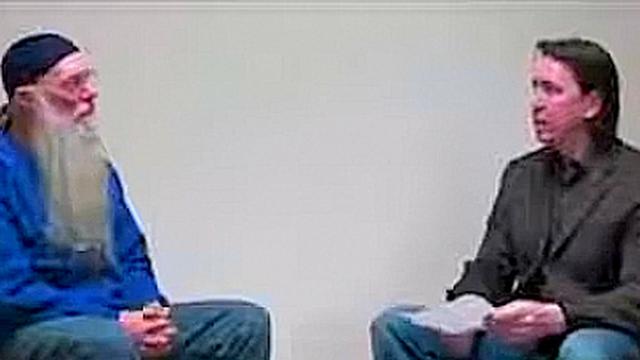 RichPlanet TV The Stone Of Destiny

Read the post/thread at Defending-Gibraltar that contains this video: On This Day: 25 December 1950 https://defending-gibraltar.net/t/on-this-day-25-december-1950/2801 To survive what is coming, read/study: https://thewayhomeorfacethefire.net …

RichPlanet TV The Stone Of Destiny