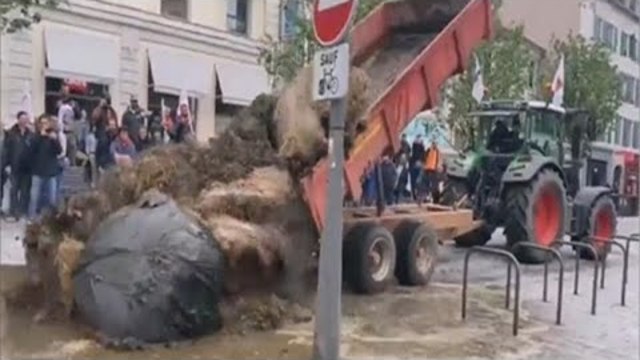 ✅ SUPPORT THIS CHANNEL! Get Your Brand-New PATRIOT T-Shirts and Merch Here ➡️ https://store.turleytalks.com/ ⬅️ ———————————————————————— There’s a massive uprising going on in the Netherlands and it promises to change the world like never before! … 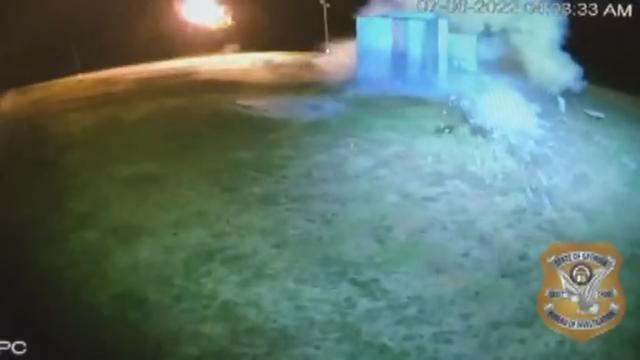 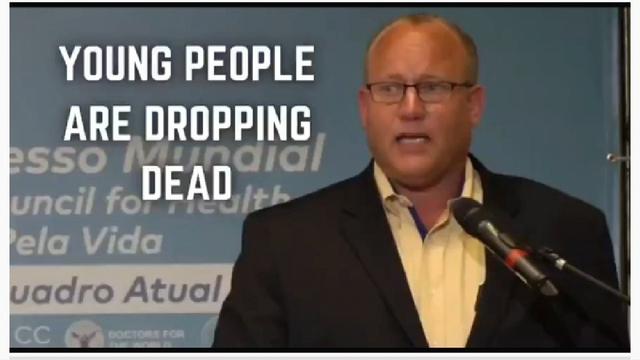 Another one bites the dust:

Not as dramatic as the Georgia Guidestones, but nevertheless an atrocity as an obelisk: 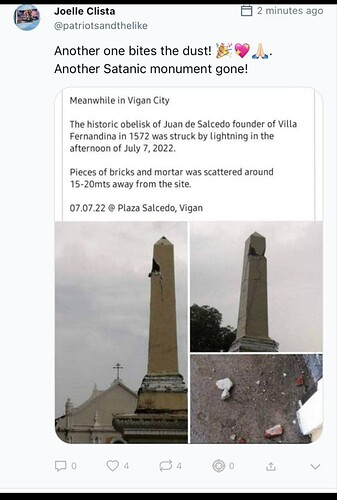 We are Winning, and the Media is Absolutely Terrified of the Inevitable

Support Christian Conservatives Who Support Us Check out Heaven's Harvest for Food supply, Water filters, and Seed Kits Check out what they have here: https://heavensharvest.com/ PLEASE HELP SUPPORT MY SHOW ✅Support on our website: https://www.… The Narrative Is Crumbling

The World's Most Hated Man 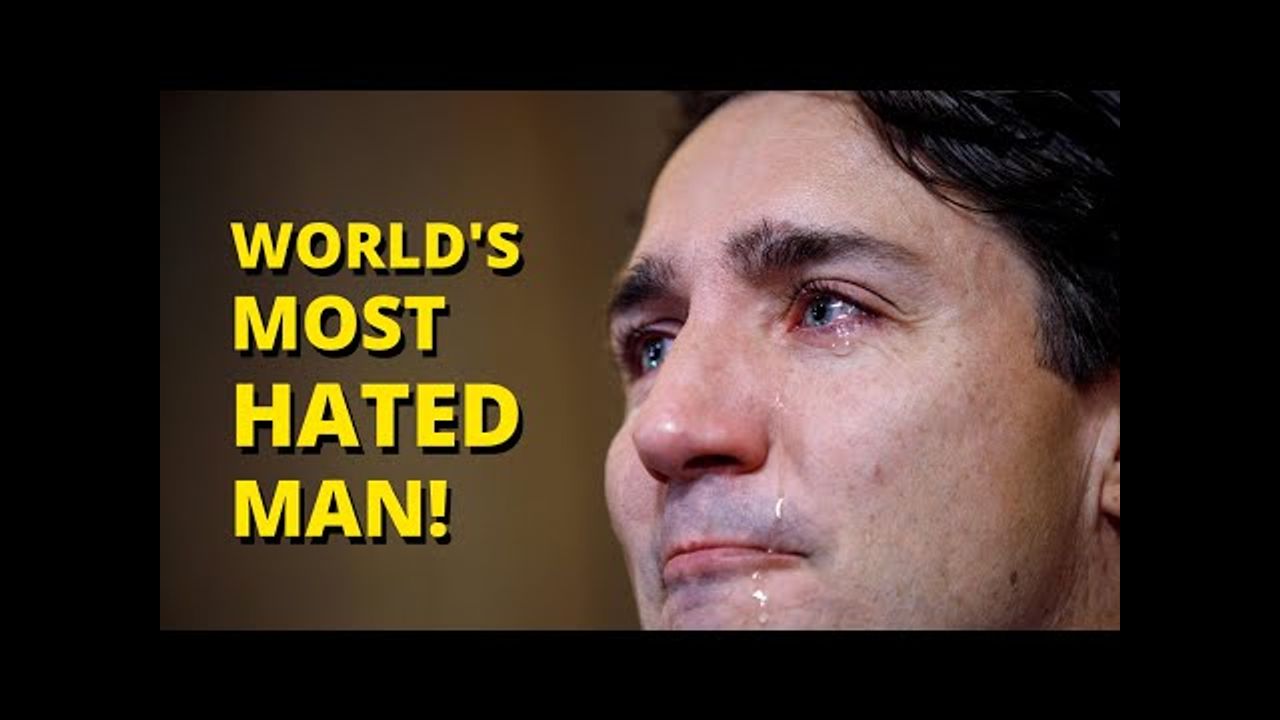 The TRUDEAU REGIME Is CRUMBLING!!! 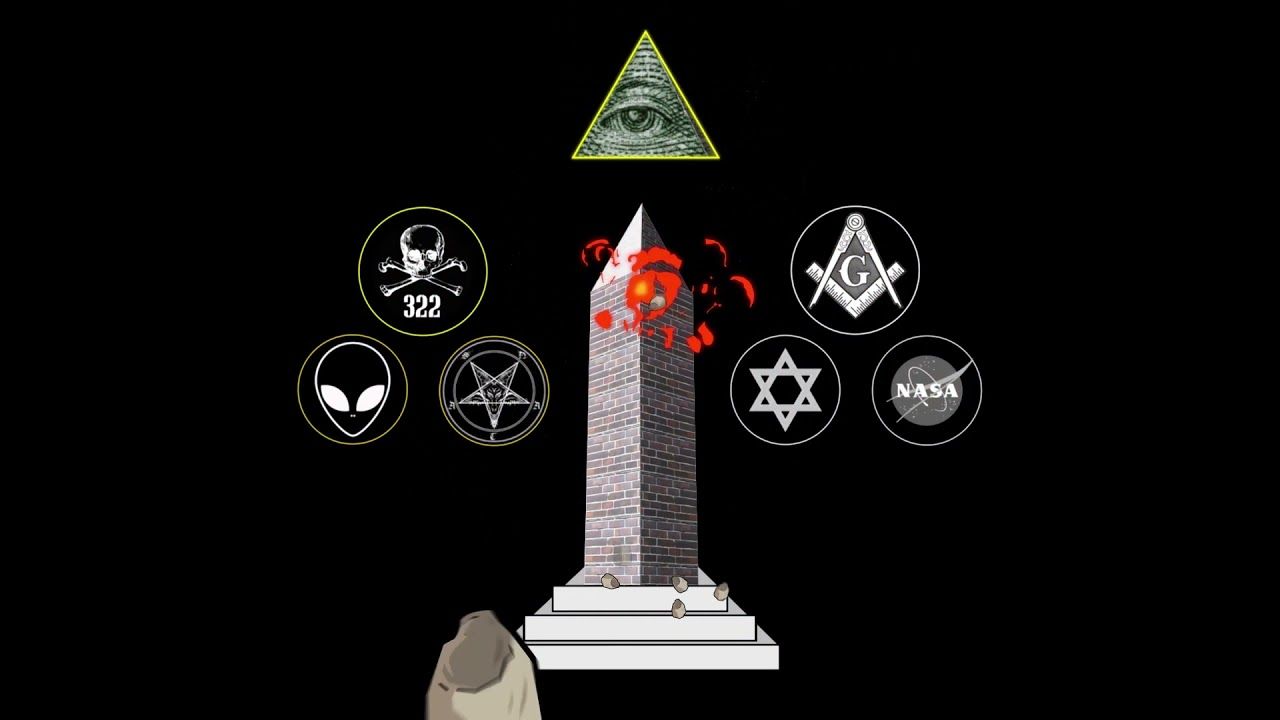 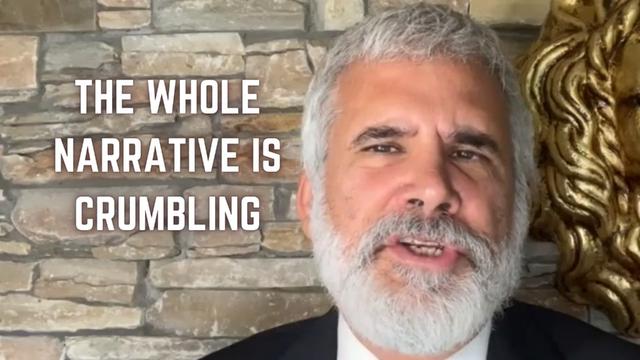 "The Whole Narrative Is Crumbling" as the Wall Street Journal Sounds off on...

"The Whole Narrative Is Crumbling" as the Wall Street Journal Sounds off on the FDA "We're having people that have been so into the narrative break ranks now that it does cause hope that we're finally getting there." Source: Real America's Roo…

God has already won. We need to follow His Footsteps.

It may get bumpy before the "win". American patriots, of which there are many, are working hard and putting their lives on the line to save America. Those who "we" fight against are truly so evil. The news from the patriots in America is that the fraudulent 2020 election has already been overturned by the united States Supreme Court and making Donald Trump the rightful winner. It has not been announced publicly and that will not be until members of the SC are considered safe. Their lives are in danger. The announcement may be as faraway as the fall season (October?), but could happen sooner depending on current events. The future is fluid and in motion. Take news with a grain of salt because we know it is Father Who is in charge.

Girt up your loins.
The satanists will not give up without a fight.

It is prophesied that the US will be destroyed, and those who survive the NWO WW3 will be enslaved.

Trump is pro-Israhell. He is an ardent Zionist/Anti-Christ supporter.
He is a wolf in sheep's clothing that sleeping Americans are still holding on to.

Germany did NOT lose WW2. They got a state (Israhell) and their operatives moved to the US to parasitically destroy that country whilst funneling TRILLIONS, per year, to Israhell through AIPAC.

They mockingly call the Baby Boomers the "Greatest Generation" to their face, all the while, following the Protocols of the Elders of Zion roadmap.

The Lord has come to reveal The Truth and even those who have found Him don't listen to Him or do what He says to do.
There will be hell to pay.

Donald Trump is but one of numerous kings or politicians that is leading humanity further into hell. There may be a period of peace, abundance, freedom for a short period of time (I know not), but without The Lord at the helm it is naught. On a good note, perhaps the brief time of freedom that is planned to occur will be a time to find more followers for The Lord / The Christ. Humanity at large has woken-up to satanism, but will they recognize the other side of the same entity (the Devil) expressed as luciferianism that is falsely clothed with abundance/good-tidings.

Luke 23:34 Then said Jesus, Father, forgive them; for they know not what they do (they are insane). And they parted his raiment, and cast lots.

The Lord has Prophesied that most of His followers will come after the war has started. Yes, the war started right after WW2 ended but we seem to be in the state of peace you speak about. Perhaps when America is invaded/attacked (Karma), this act will be seen by the world as THE "start".

The Lord has Reached out to Trump (and many, many other world "leaders"). As far as i know, he never responded. The Lord is holding out hope for his repentance, as He does for us all. We all have until the last day, sooner is better than later.

Sura 3:4. Then those who reject Faith in the Signs of the "I AM" will suffer the severest penalty, and Allah (God) is Almighty, Lord of Retribution.
3:5. From God, verily nothing is hidden on earth or in the heavens.

We are COMMANDED not to judge others. Possibly because we can't read people's minds and that there are other things going on that we don't know about.

Father's Will for us it to learn humility. That is the starting point. One cannot learn anything if they "know it all". From there we can repent, then spread His Message of love and Kingdom Building, so that others can see how good it is and want to be a part of it.

NURSES DOCTORS BETTER WATCH THEIR BACKS ONCE THE VAXX INJURED WAKE UP.... 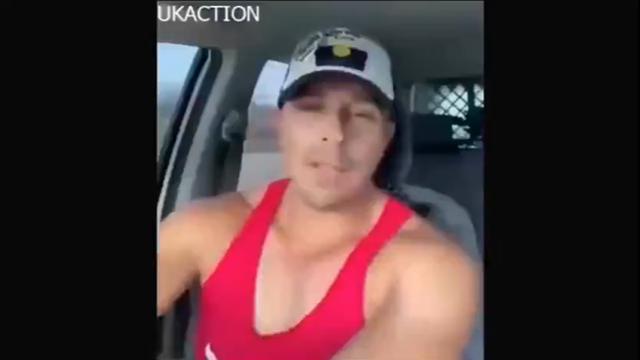 NURSES DOCTORS BETTER WATCH THEIR BACKS ONCE THE VAXX INJURED WAKE UP.... 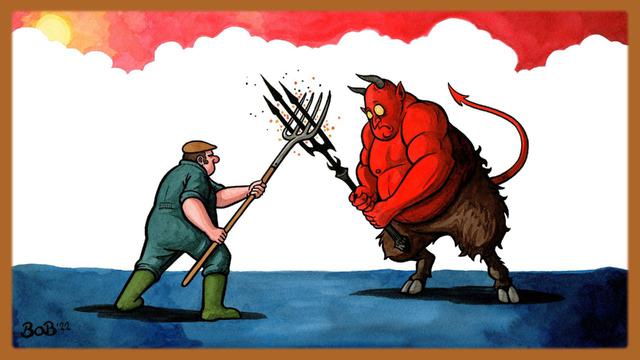 The Dutch farmers have been pushed into revolution by their government determined to impose the World Economic Forum’s Great Reset model in the country, which is accelerating food shortages and spreading into a full-blown anti-globalist movement acr… 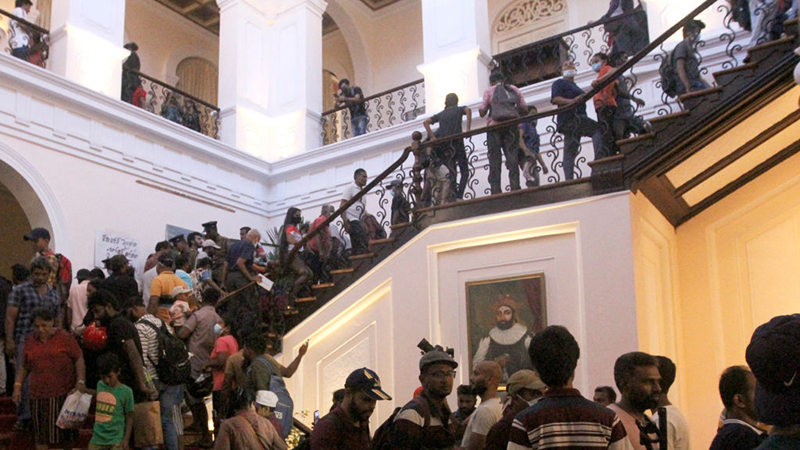 Infowars: There's a War on for your Mind!

Sri Lankan President Gotabaya Rajapaksa announced he would step down late Saturday night after thousands of protesters rushed his official residence and offices earlier in the day.

Rajapaksa has taken refuge in an undisclosed location, some have pointed out, possibly on a naval ship. 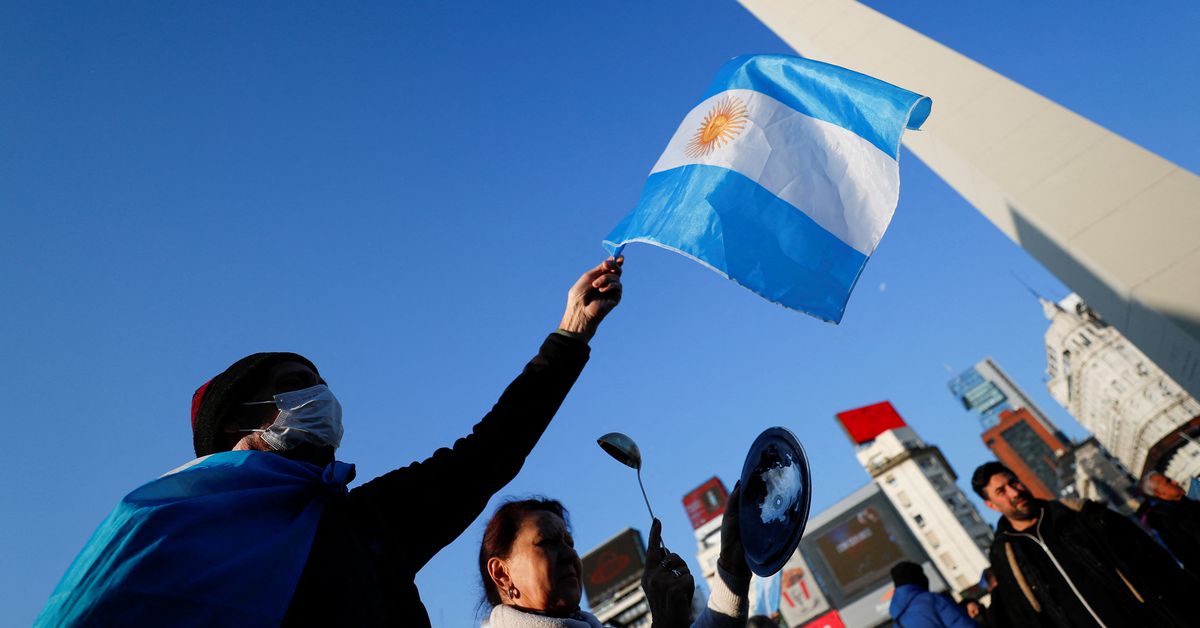 Argentine President Alberto Fernandez called for unity on Saturday as protesters marched in the capital to the gates of the presidential palace, lambasting his government over soaring inflation and a crushing national debt.

Argentine President Alberto Fernandez called for unity on Saturday as protesters marched in the capital to the gates of the presidential palace, lambasting his government over soaring inflation and a crushing national debt.

The center-left president is facing a rising challenge from a militant left-wing of the ruling coalition that wants more state spending to ease high poverty levels and inflation. Two key moderate allies have left his Cabinet in the last month.

The South American country, a major producer of soy and corn, is grappling with inflation running at over 60%, huge pressure on the peso currency and spiking gas import costs that are draining already weak foreign currency reserves.