With Russia making nuclear threats with the focus on so-called ‘battlefield’ nukes, experts examine the potential effects of these weapons. 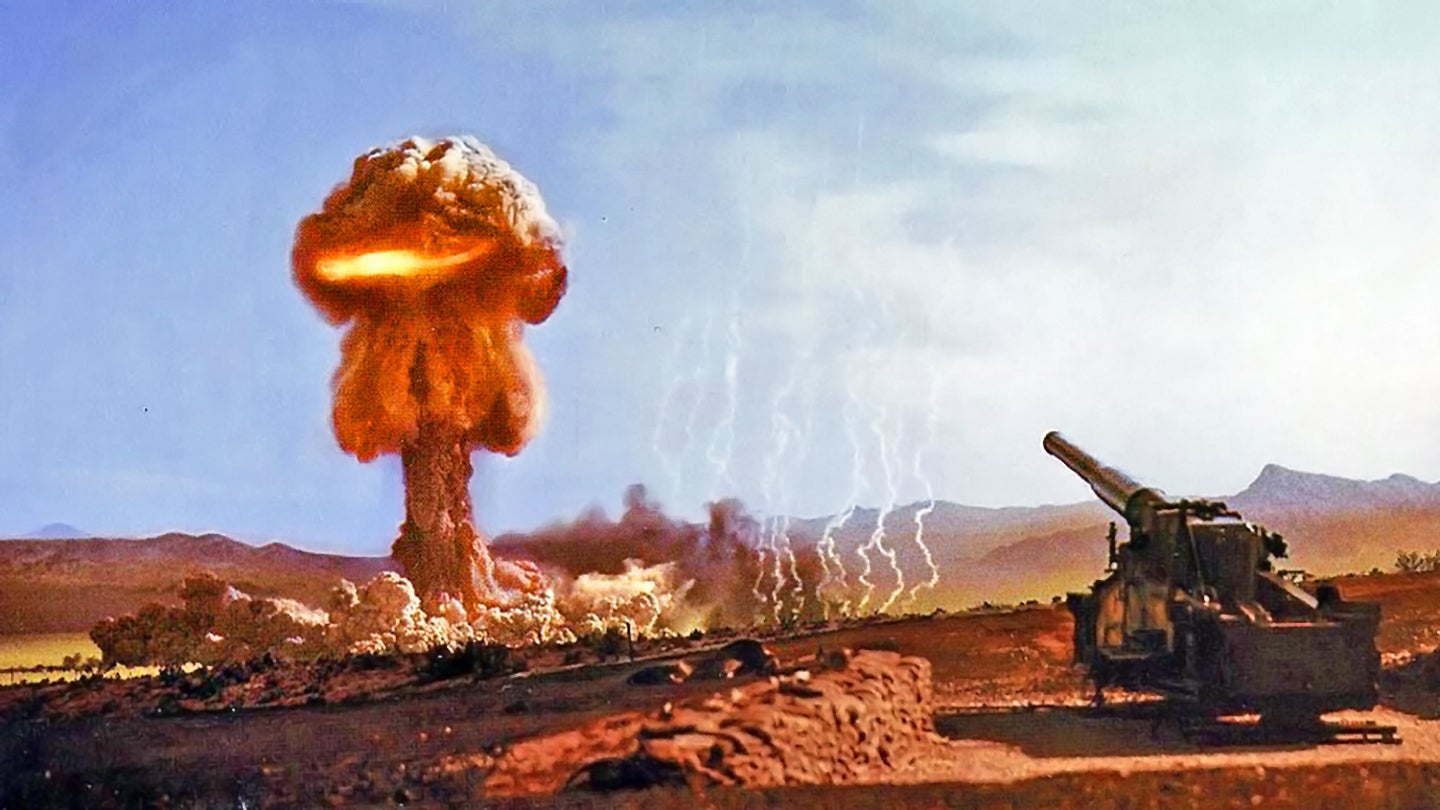 With Russia making nuclear threats with the focus on so-called 'battlefield' nukes, experts examine the potential effects of these weapons.

Russian President Vladimir Putin’s repeated nuclear threats against member-states of the North Atlantic Treaty Organization (NATO) for interfering in Russia’s invasion, occupation, and annexation of Ukraine are escalating as the war goes badly for Moscow. His threats are not going unnoticed as the American public shows significant concern amid a renewed interest in the role of nuclear weapons in national security.

For many Americans, any discussion of nuclear weapons use generates images of large-scale exchanges of intercontinental ballistic missiles (ICBM), submarine-launched ballistic missiles (SLBM), and strategic bomber–delivered nuclear cruise missiles. This is, broadly speaking, an image of the United States and Russia engaging in, what the military calls, a full-scale nuclear exchange. Fortunately, this image of nuclear Armageddon is far less likely than a limited use of nuclear weapons on the battlefield in Ukraine. Unfortunately, Russia possesses an estimated 3,000–6,000 low-yield non-strategic nuclear weapons designed for use in just this type of conflict.

Before we go any further, let us specify that the term ‘yield’ is used to compare a nuclear weapon’s energy output by equating it to an equivalent explosive energy of TNT, where a kiloton (kt) is a thousand tons. It is also worth noting that there is no universally accepted yield range for categorizing nuclear weapons. We suggest that a low-yield weapon produces between one and ten kilotons.

For comparison, the nuclear bomb dropped on Hiroshima was about fifteen kilotons. By contrast, the Minuteman III ICBM delivers a nuclear weapon with an estimated yield of 300–475 kilotons. Thus, suggestions that all nuclear weapons are somehow the same belies a lack of understanding of just how powerful some nuclear weapons are, and others are not.

When the 2018 Nuclear Posture Review called for low-yield options like the W76-2 warhead for the Trident D-5 submarine-launched ballistic missile, which has an estimated yield of ten kilotons, it was in an effort to balance against Russian low-yield weapons. It is primarily low-yield weapons that are of most concern for use in Ukraine, not strategic weapons. These weapons produce yields far larger than the GBU-43 Massive Ordnance Air Blast (MOAB) – eleven tons – the largest conventional munition in the American arsenal. Nuclear weapons have a major advantage in their size and weight, and thus are more easily delivered than the GBU-43 to a militarily-relevant target.

Like a hot knife through butter, except the knife is heated from inside by a nuclear reactor, and the butter is the Earth’s crust. 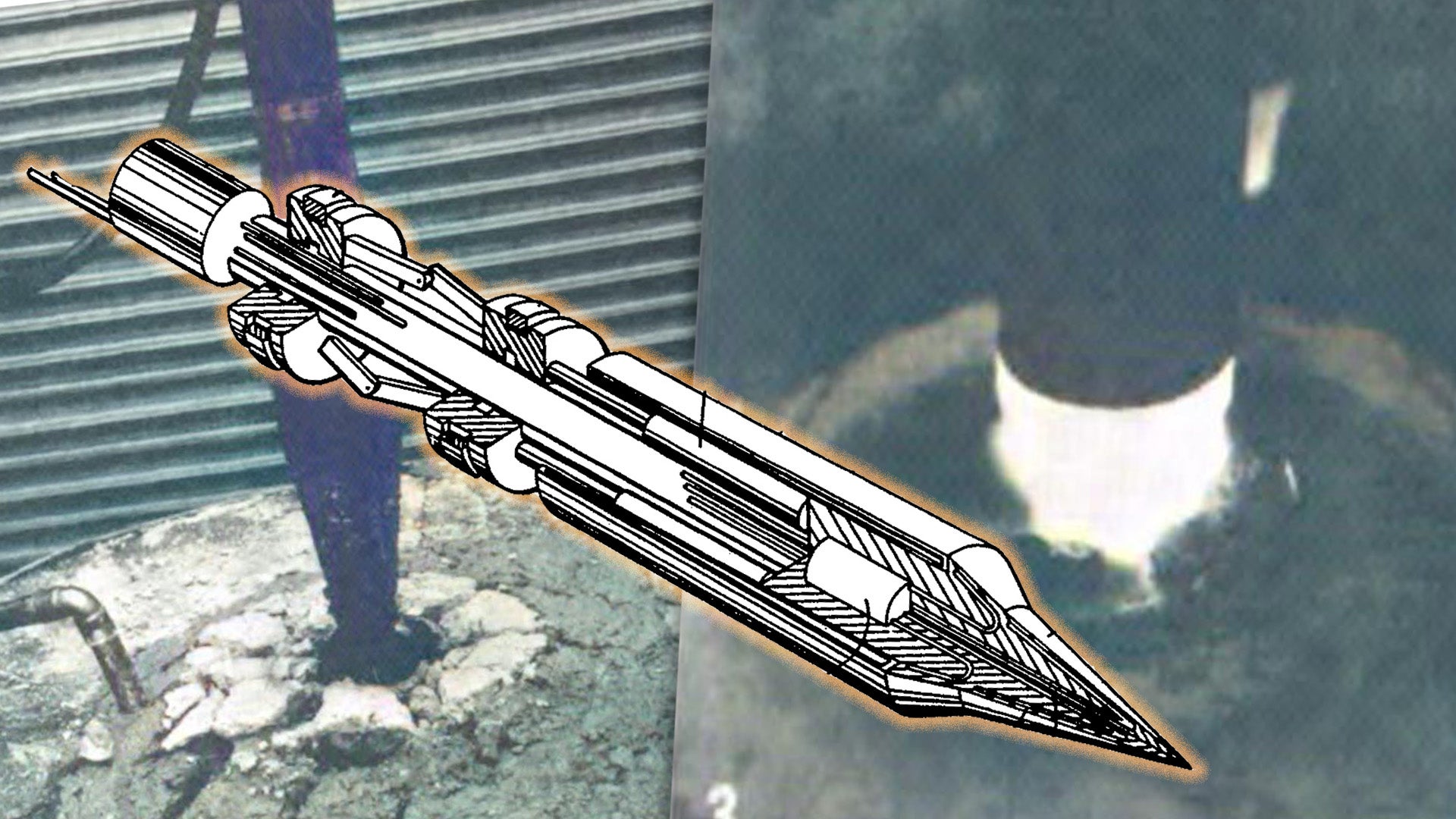 These Forgotten Nuclear Tunnel Borers Were Designed to Melt Tunnels Through...

Like a hot knife through butter, except the knife is heated from inside by a nuclear reactor, and the butter is the Earth's crust.

When nuclear energy was still in its infancy and before we truly understood its limitations, we explored every possible way to harness atomic fission. Powering cars, giant Arctic overlanding trains, even demolishing entire mountains to build highways: everything was on the table. Even using a reactor's heat to melt through solid stone was considered—and taken seriously enough to warrant experimentation by the United States government in a project nicknamed the "nuclear subterrene."

The technology behind this craft was conceived in 1959 by nuclear scientist Robert "Bob" Potter, who according to Atomic Skies had just seen his Dumbo nuclear rocket engine program terminated. During downtime after the project, Potter reportedly read the fantasy novel "At the Earth's Core," which among other things is about an "iron mole" that tunnels hundreds of miles down. That apparently got him thinking: instead of drilling, couldn't we just melt our way through the earth?

The thought motivated Potter to test the idea, using a device with a tungsten penetrator head, a heating element, and some basalt from a nearby construction site. Heated white-hot and backed by some pressure, the device melted through the rock, pushing melted stone out the sides. The gizmo was a success but wasn't taken seriously by Potter's overseers at the Los Alamos National Laboratory, who told him to shelve the project. But that would only prove to be the beginning.

Years later, while discussing the idea in a local bar after work, one of Potter's colleagues reportedly floated the idea of upgrading the device with new tech, most notably a small nuclear reactor. As it happened, a Congressional Representative was in the bar that night, and misunderstanding what he'd heard, reportedly offered his support for the technology in Washington. Before things got awkward, the scientists phoned Los Alamos' director, who himself found the nuclear borer proposal so intriguing that he approved it for further study.

The concept would be developed throughout 1970 (during which it was first referred to as a nuclear subterrene) and patented the following year on Jan. 8. The patent abstract describes the machine as being built around a reactor cooled not by water—like in reactors used for generating electricity—but by molten lithium salt. This salt would be sent to a heat exchanger at the subterrene's tip, bringing it to nearly 2,800 degrees Fahrenheit.

This heat would melt and crack the rock in the subterrene's path, forcing the molten waste into the fissures as the vessel progressed. What remained would cool and harden, forming a smooth, solid tunnel lining. There were more benefits, too; the subterrene would be cheaper to operate than conventional drills, it wouldn't disturb the surrounding environment as much, it could tunnel through sand, and it had theoretical operational depth as deep as 15 kilometers. (It'd actually become more efficient the deeper it got, due to rising temperatures in the earth's crust.) It was thought applications could include everything from building underground infrastructure to prospecting for resources or even digging geothermal wells.

The concept was effectively proven by a series of small-scale, conventionally powered prototypes, trialed both in the lab and in the field. The National Park Service got its hands on an example, which it reportedly deemed effective and easy to use, not to mention a hit with bystanders—the public's reaction would send the prototypes on a demo tour in multiple U.S. cities. Los Alamos further expanded on the subterrene concept in 1974 by filing patents for new variants, including some incorporating conventional drilling heads.

ut that would mark the peak of interest in the nuclear subterrene, the development of which was transferred in 1975 to the Department of Energy's forebear, the Energy Research and Development Administration. It favored a non-nuclear energy source for the subterrene, even though that'd make it significantly less economical to operate. This would end up being the subterrene program's death knell, as Los Alamos couldn't find any commercial partners for the technology.

And so, in 1976, subterrene development ended for good. There simply weren't enough advantages to justify using one over conventional drilling methods, which continued to develop and have since surpassed even the wildest dreams of the subterrene's developers. The Guinness World Record-holding fastest tunnel boring machine can cut over 7 meters an hour, while Los Alamos's 25-megawatt nuclear subterrene concept was only estimated to progress 1.5 meters an hour.

In the end, the nuclear subterrene proved to be yet another atomic pipe dream that fell victim to scientists wising up about what was and wasn't an appropriate way to use nuclear energy. Not all promising new technologies are as versatile as we may first imagine, and the best solutions are often the simple ones. Of course, the only way to know for sure is to try, because a properly documented failure is still a success in its own right.