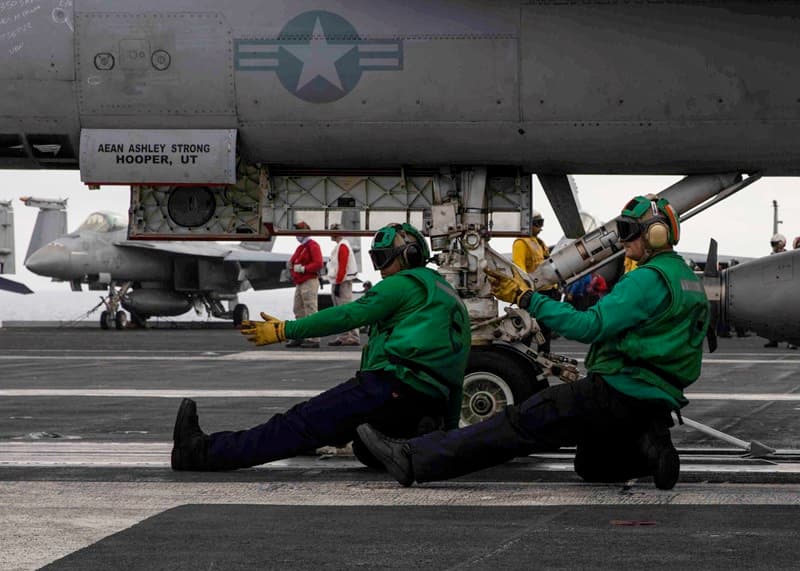 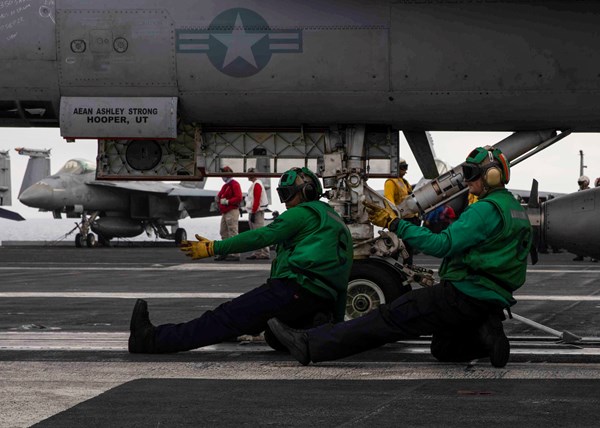 NATO kicks-off a multi-domain exercise in the Mediterranean Sea.

14 October - NATO announced Friday the launch of the Neptune Strike (NEST 22-2), a multi-domain exercise in the Mediterranean Sea by the alliance's Naval Striking and Support Forces.

According to the alliance, the exercise is expected to be completed by October 28, explaining that the "NEST 22-2 highlights the natural evolution of NATO’s ability to integrate maritime warfare capabilities of a carrier strike group to support Allied defence."

On his part, Christoph Pliet, Deputy Chief of Staff Operations Allied Air Command, said the military exercise "provides a prime opportunity to improve our capacity to work together with Allies in complex and increasingly contested environment."

"Valuable training for NATO multi-domain enhances our vigilance and underlines our commitment to deter and defend," Pliet added.

According to Duda, he had a phone call with NATO Secretary-General Jens Stoltenberg, during which he said he conveyed [

Neptune Strike is the THIRD PHASE of NATO's long-planned Project Neptune series, which was elaborated in 2020. Two previous military exercises under this project were conducted in FEBRUARY and MAY 2022. 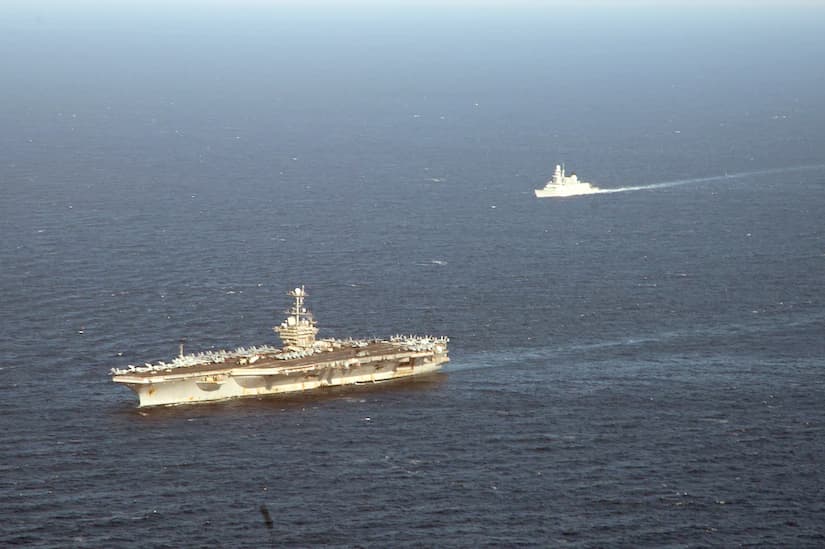 The USS Harry S. Truman aircraft carrier, along with its carrier strike group and air wing will be the Defense Department's primary contribution to the exercise. The exercise will be led by U.S. Navy Vice Adm. Eugene H. Black III, who serves as Strikeforce NATO commander and also commander of the Navy's Sixth Fleet.

"[Neptune Strike '22] is designed to demonstrate NATO's ability to integrate the high-end maritime strike capabilities of an aircraft carrier strike group to support the deterrence and defense of the alliance," Kirby told reporters. "The USS Harry S. Truman carrier strike group will be placed under NATO operational control and serve as the centerpiece for this long-planned activity that fosters NATO allies' ability to cooperate and integrate effectively."

Neptune Strike '22 has been in the planning stages since 2020, Kirby said, though he told reporters that the current tensions in Europe due to the uncertainty about Russia's intentions regarding

UKRAINE were considered when deciding whether to press on with the exercise. 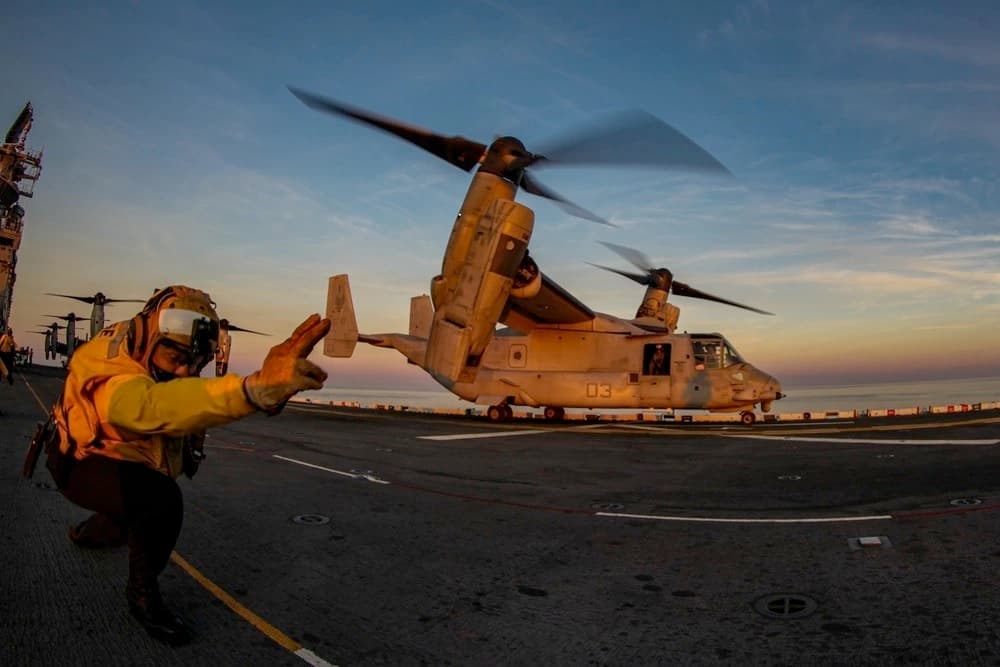 U.S. Navy F-18s flying from the Harry S. Truman in the Mediterranean Sea and U.S. Marine Corps Harrier fighter jets and MV-22 Ospreys from the Kearsarge Amphibious Readiness Group in the Baltic Sea will train with Allied land and Air forces across Europe. NESH22 furthers NATO's ability to defend the Alliance, by using joint activities to train Allied Forces in a range of Allied Air, Land and Maritime operations.

"Neptune Shield is a great opportunity to concurrently integrate a U.S. Carrier Strike Group and an amphibious ready group/marine expeditionary unit into Alliance operations," said, Rear Adm. James Morley, deputy commander, STRIKFORNATO. "This removes artificial seams between the maritime, air and land domains, and exposes tactical operators to the power of the multinational network training as we would fight-as a simple team." 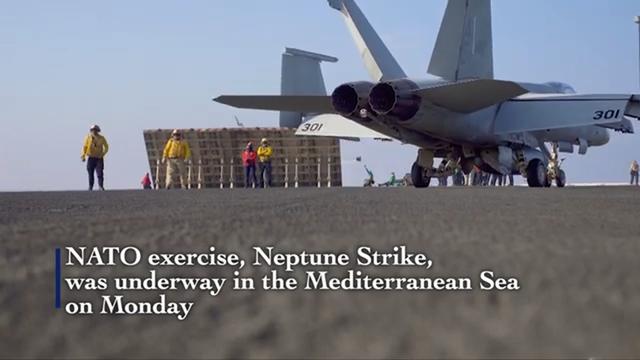 NATO exercise, Neptune Strike, was underway in the Mediterranean Sea on Monday, Oct.17. The exercise, taking place from the 14th-19th of October, involves more than 10 NATO allied countries, including the US, Italy, Romania, Lithuania, Hungary, Romania and Poland.

These are the approximate positions of the U.S. Navy’s deployed carrier strike groups and amphibious ready groups throughout the world as of Oct. 17, 2022, based on Navy and public data. In cases where a CSG or ARG is conducting disaggregated operations, the chart reflects the location of the capital ship. 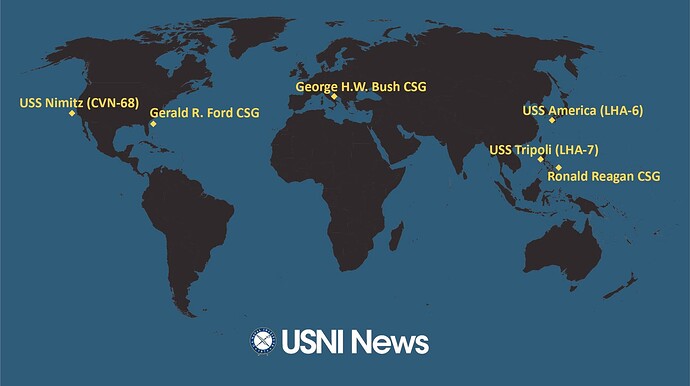