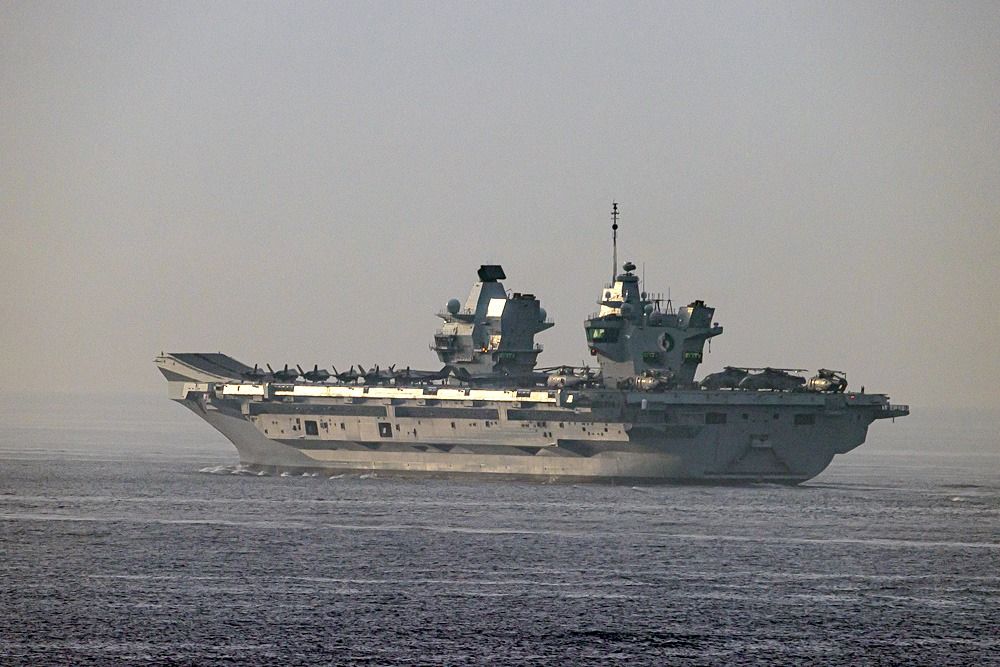 British Forces Gibraltar has filed an application with the Town Planner to dredge areas within Admiralty waters to allow for Queen Elizabeth class (QEC) aircraft carriers to safely berth at South Mole. A survey report filed with the application...

A survey report filed with the application denotes the areas that need to be dredged.

The Queen Elizabeth-class aircraft carriers are the largest and most advanced warships ever built for the Royal Navy.

When HMS Queen Elizabeth has called at Gibraltar in the past, it has docked on the outside of the Western Berth due to draught restrictions in the harbour.

It will be interesting to see if the space will be occupied by British or Chinese war ships in the coming war. 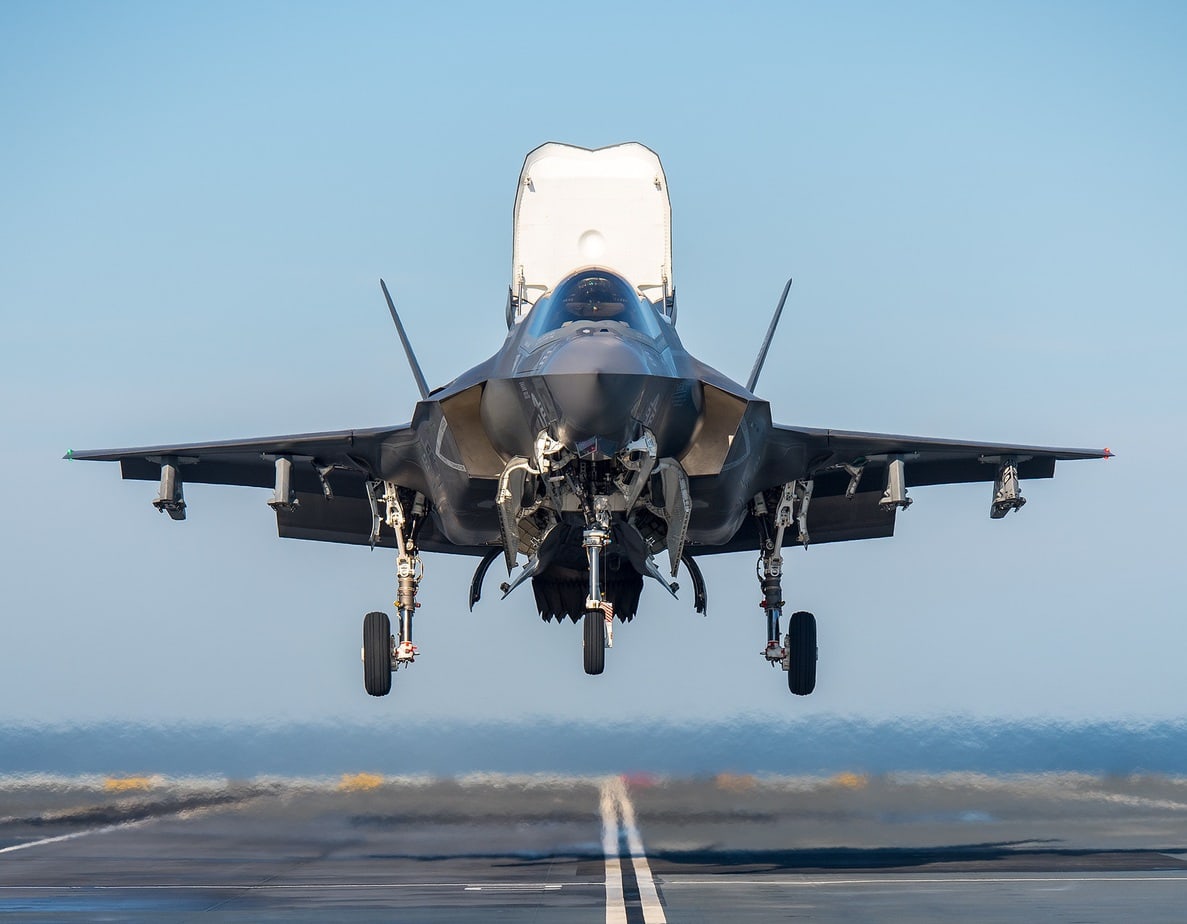 Queen Elizabeth-Class, Explained – With so much open source analysis about the aircraft carriers belonging to China and the United States, it’s easy to forget that the United Kingdom has its own modern carriers. The Queen Elizabeth-class, with two aircraft carriers, are the biggest warships ever produced by Great Britain. These British carriers have a much smaller crew than the supercarriers from the United States. Only 679 sailors – 1,600 with the air wing personnel – crew the vessels. The HMS Queen Elizabeth is the flagship of the Royal Navy, and it can launch at least 24 F-35Bs. A total of up to 72 aircraft can fly from the carrier.

The class is comprised of two carriers – HMS Queen Elizabeth and the Prince of Wales. At $3.9 billion each, they are the most expensive British ships of all time. Queen Elizabeth, or “Big Lizzie” as the crew calls the carrier, displaces 65,000 tons and is 918 feet long. The carrier has a range of 10,000 miles. Two 33-ton propellers drive a top speed of 25 knots, which is slower than American supercarriers. But BAE Systems claims the propulsion system costs less to operate and needs fewer maintenance hours. BAE Systems is the lead member of the Queen Elizabeth manufacturing partnership called the Aircraft Carrier Alliance.

The Queen Elizabeth is not nuclear-powered, it has four diesel generators that put out 11 megawatts of electrical capacity.

The Queen Elizabeth-class carriers have “ski-jump” ramps that utilize the F-35B vertical short take-off and landing stealth fighters. The Big Lizzie can fly quick sorties by putting several F-35Bs in the air in five minutes and recovering one fighter each minute when it comes time to land. The Queen Elizabeth also has anti-submarine and early warning helicopters. The carrier can deploy attack helicopters such as the AH-64 Apache.

After it was laid down in 2009, the ship took on a long manufacturing period and it was not sent to sea trials until 2017. During its maiden voyage, a squadron from the U.S. Marine Corps tested its F-35Bs on the Queen Elizabeth to help British naval aviators better orient themselves to combat operations with V-STOL airplanes.

Give the British Military Multiple Options

You don’t necessarily think of the British Royal Navy projecting naval power globally these days. But these carriers are modern and top-notch. They can definitely protect the homeland and add a considerable capability to NATO with those F-35Bs. The United Kingdom has always been a sea-faring nation and these carriers of the Queen Elizabeth class exemplify how Britain can still make a difference as a blue sea navy.

Defense Spending Has Gone Down

The United Kingdom has a reputation for military budget cuts with it spending only about two percent of its gross domestic product on defense. That works out to about $54.7 billion for its military. Compare that to three percent of GDP in 1990 and four percent in 1980, and you can see the UK has embarked on some belt-tightening when it comes to defense spending. So, the large outlays for aircraft carriers show that the British are not scared to invest in its navy.

With the Russians having major issues with their only carrier, the troubled Admiral Kuznetsov that is in dry dock until 2024 at the earliest, the British arguably have Europe’s best two carriers – although France has the nuclear-powered Charles De Gaulle. The UK Indo-Pacific carrier strike group of 2021 was led by the Queen Elizabeth and it featured five British warships, two support ships, and a nuclear-powered attack submarine. This was a 6.5-month cruise with 1,278 sorties, plus 44 combat missions against ISIS in Iraq and Syria, according to the IISS think tank.

This was an impressive and important deployment that shows the Queen Elizabeth is ready for combat. Britain should take pride in the long path it endured to get the Queen Elizabeth class to this point. The HMS Prince of Wales has a vote in the fight too and it will be working with NATO in the Atlantic theater. 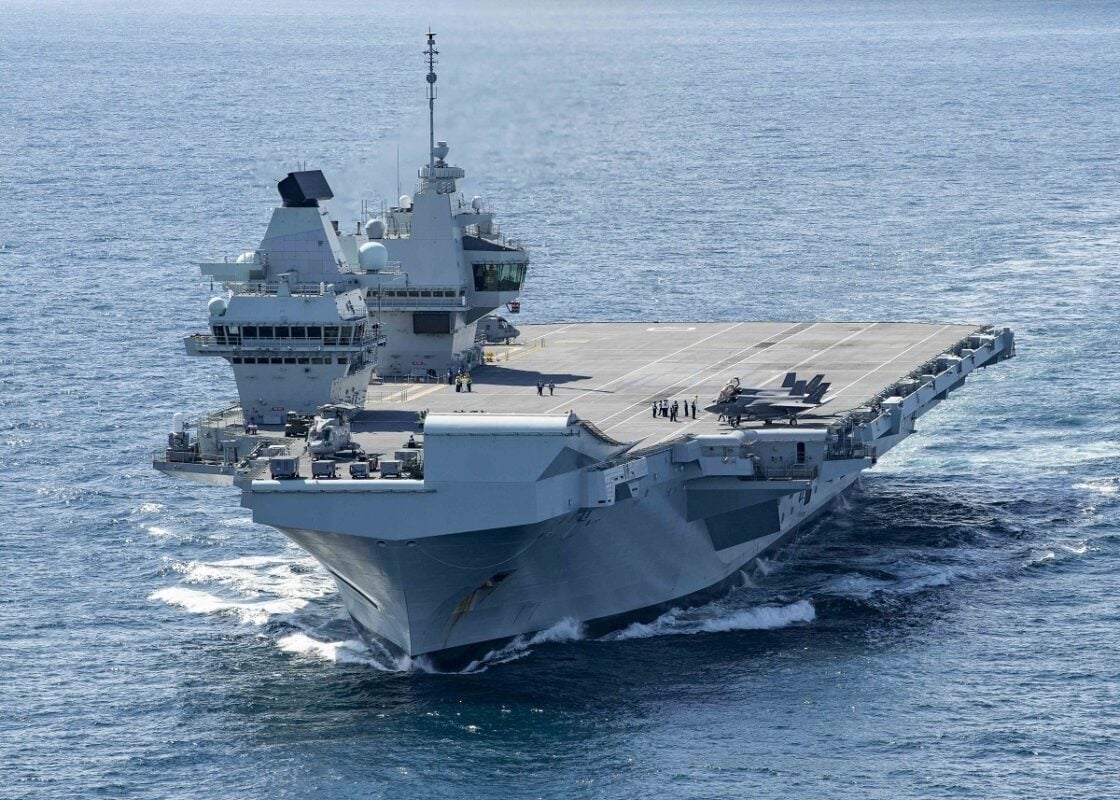 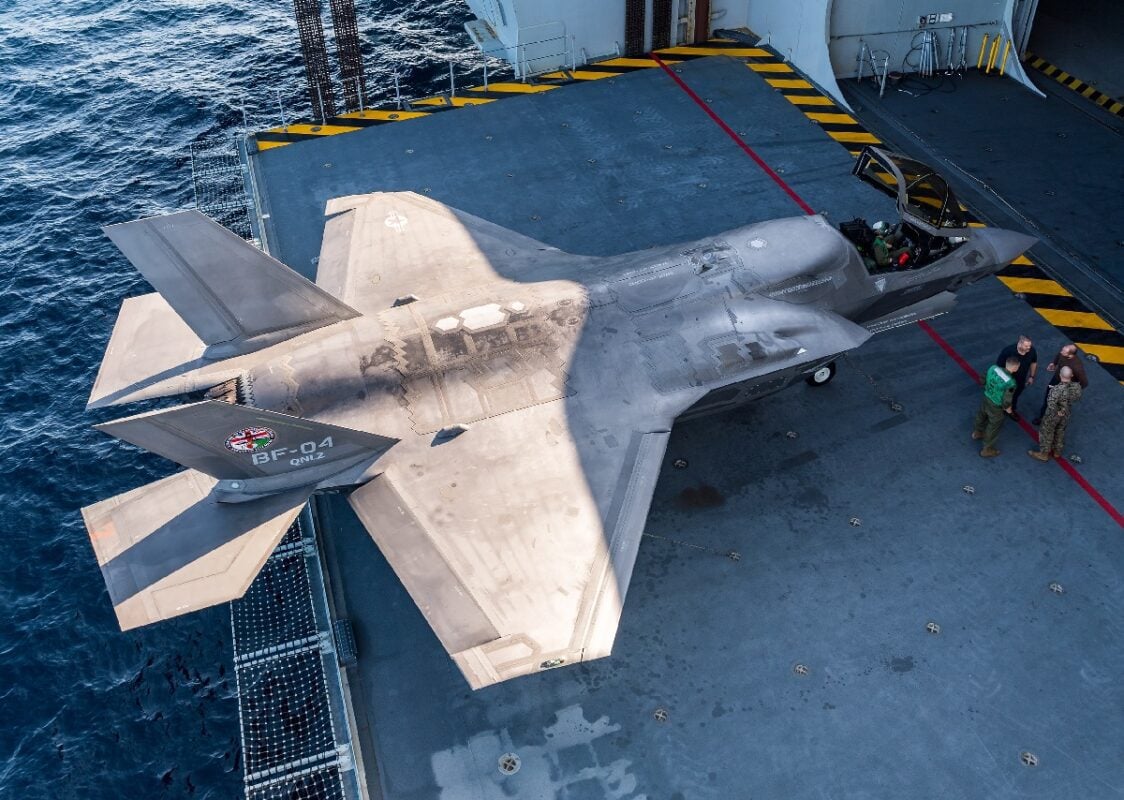 The UK wants to keep both carriers in the water as much as possible. Since they are relatively new, they will likely not need long periods of maintenance in the coming years. The next step will be building on drone tests that the Prince of Wales has successfully fielded recently. This will give the carriers more options with their aircraft and keep up with the needs of a modern navy.

Now serving as 1945’s Defense and National Security Editor, Brent M. Eastwood, PhD, is the author of Humans, Machines, and Data: Future Trends in Warfare. He is an Emerging Threats expert and former U.S. Army Infantry officer. You can follow him on Twitter @BMEastwood.

The Queen Elizabeth-class, with two aircraft carriers, are the biggest warships ever produced by Great Britain.