And, in addition, HR is promoting fennel seeds and star anise.

Your welcome. Add a little THC Hemp to the blend and we might walk out of here.
Ezekiel 34:29 And I will raise up for them a plant of renown, and they shall be no more consumed with hunger in the land, neither bear the shame of the heathen any more. 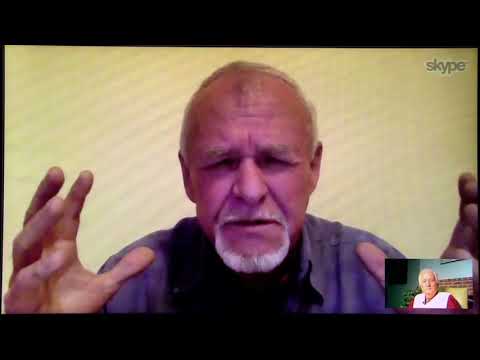 Sal DiBella interviews people who are curing cancer. Rick Simpson is a Canadian who CURED his own skin cancer (basal cell carcinoma) using 100% natural, THC containing hemp oil. He went on to find that extracts with high concentration of THC from cannabis hemp plant can cure cancer, and also cure or control a wide variety of other serious medical problems. He tried to share it with as many people as he could for free, curing literally hundreds of people's illnesses while encountering difficulties from the medical establishment.

Interesting. Wondering if the CBD oil with only minimal traces of THC if applied topically to suspected skin cancers will eliminate the cancer.

CBD oil may be available, but THC oil is not legally available in many locations.

In the video above https://www.brighteon.com/7c129e86-7e2b-47a7-bc74-dd19621e4042
Mike Adams talks about Shekimic acid being the prominent chemical in star anise. He stated that pharmaceutical companies use this to create Tamiflu, (as it halts influenza). In an article from the Global Research forum from 2009, journalist Jane Burgermeister filed criminal charges with the FBI against the World Health Organization (WHO), the United Nations (UN), and several of the highest ranking government and corporate officials concerning bioterrorism and using vaccines to cause mass genocide and pandemic. Does it sound familiar?

In this article Tamiflu is speciffically mentioned as an immune system suppressor, as it lowers the body temperature and therefore can also be expected to contribute to the spread of a pandemic.

One will have to "look at the science"

[image] As the anticipated July release date for Baxter’s A/H1N1 flu pandemic vaccine approaches, an Austrian investigative journalist is warning the world that the greatest crime in the history of humanity is underway. Jane Burgermeister has recently filed criminal charges with the FBI against the World Health Organization (WHO), the United Nations (UN), and several of the highest ranking government and corporate officials concerning bioterrorism and attempts to commit mass murder. She has …

Mike Adams talks about Shekimic acid being the prominent chemical in star anise. He stated that pharmaceutical companies use this to create Tamiflu, (as it halts influenza).

By the time the pharmaceutical criminals get through with it, there is likely any natural shekimic acid in their poisons. In fact, THEY prefer synthetic to the natural and strive to change what is natural to poison.

"The synthesis of tamiflu requires shikimic acid. This acid is extracted from the pods of star anise.

A 10-step process of complex chemical reactions results in the synthesis of Tamiflu. Some of the steps use potentially explosive azide chemistry therefore handling must be carried out with care and relatively mild conditions must be used."

"Only the molecule itself is patented, regardless of the synthesis. Hence there are many research groups attempting to find synthesis which will not require shikimic acid. The difficulty with devising a suitable synthesis is scaling up a reaction process from a lab to a commercial scale. Hence the reason a new synthesis without an explosive step and without a limited reagant, shikimic acid, is desired." Tamiflu

@NancyDrewberry
Agreed
Whatever the pharmaceutical industry touches it corrupts. The Shekimic acid, was used to halt plagues in China, respiratory and blood dis orders, including halting platelet aggregation in blood.
(blood clots)
They were referring to the natural acid as used for food preparations in China etc. The Pine needles natural compounds, and the turpenes present after extraction? Could this relate to the endogenous cannabinoid system
The drug Tamiflu is where the conflicting opinion lies. One Dr. stated its contrary to symptoms of dis ease whilst Mike said it worked.
something to look at.