Millions of Expired Covid Vaccines Dumped or Burned – Is that Green?

Stories have been coming in about how countries are having to destroy expired vaccine doses.

Governments are scrambling to get their populations to jab-up before it's too late – even Gibraltar.

What is ironic is the BEIS that helped supply the UK and Gibraltar with doses is also responsible for green-sustainability goals. Now, how does that compute, when the expired or unused doses get dumped or burned – both environment hazards.

What's more ironic is Alok Sharma, President for COP26, was former Secretary of State for Business, Energy and Industrial Strategy (BEIS) when the UK Gibraltar entered vaccine supply MOUs. And although he resigned this position in order to lead COP26, he retains full Cabinet status.

Now why wouldn't he or they be concerned about disposal of what is could be described as a biohazard? 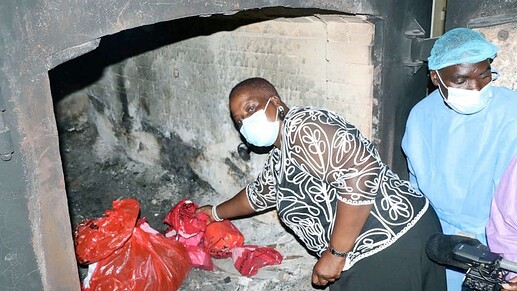 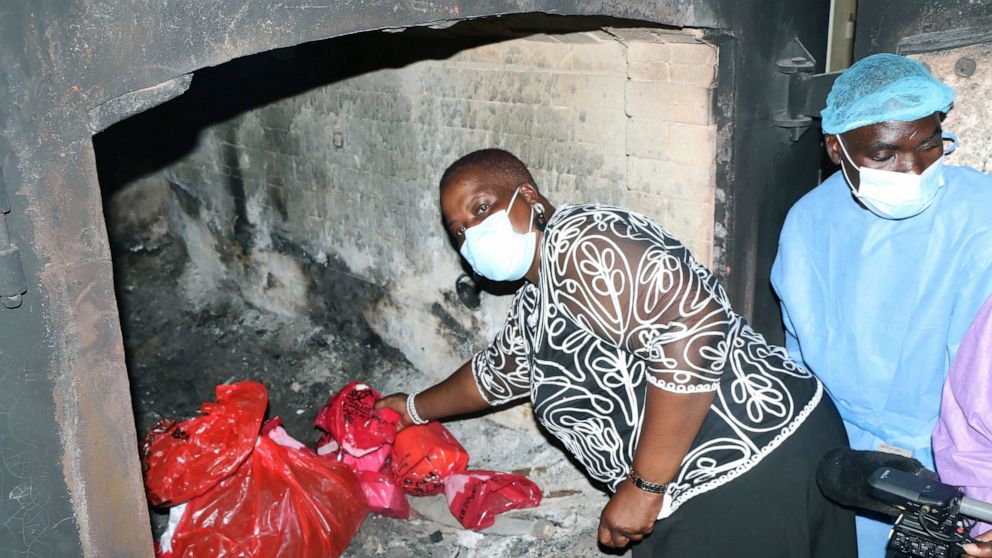 Malawi has burned nearly 20,000 expired AstraZeneca vaccines, amid conflicting advice over what to do with the doses 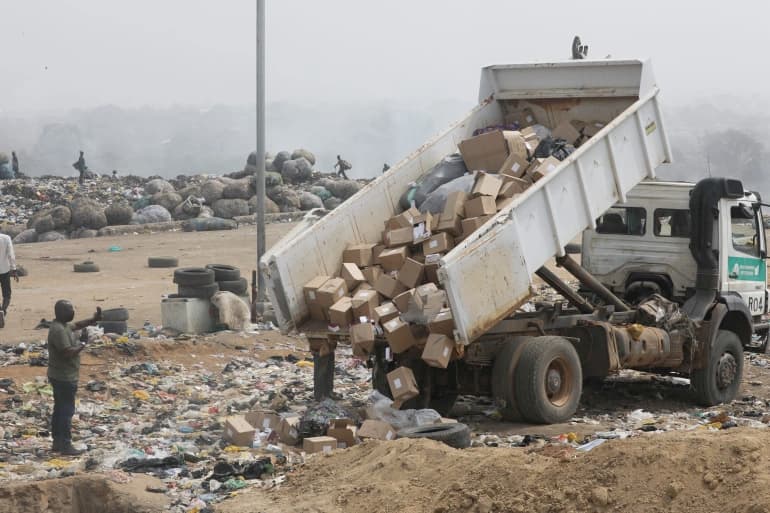 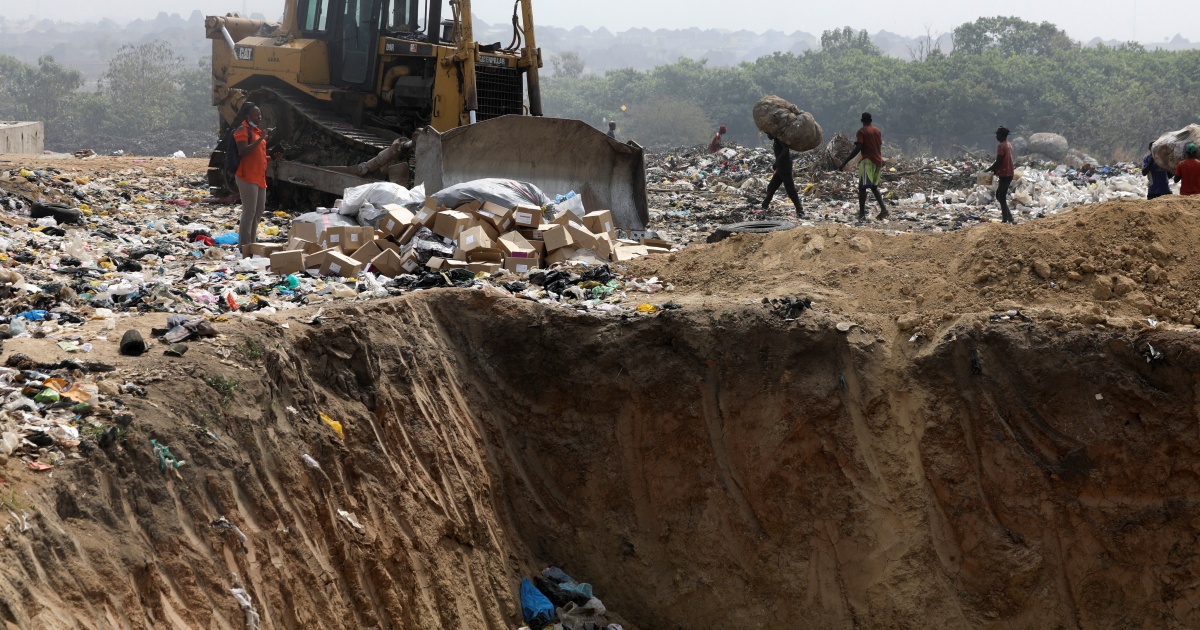 Move aims to reassure a wary public that the donated vaccines with a short shelf life were taken out of circulation.

More than a MILLION doses of expired COVID vaccines donated to Nigeria were DESTROYED at a landfill by a bulldozer, as the country’s officials complained about the short shelf life of jabs.

Euro News reported Nigeria burned them, but there are photos and video of the dumping them -At the end of December, Nigeria incinerated more than a million doses of AstraZeneca's COVID-19 vaccine which had been sent to the country despite them being set to expire. Poor countries refuse 100 million COVID-19 vaccine doses set to expire | Euronews

In April the Democratic Republic of Congo returned 1.3m shots donated by COVAX, the global jab-sharing scheme. In May Malawi burned nearly 20,000 doses. At least seven other African countries have destroyed some 450,000 doses in all. A batch of 191,000 AstraZeneca vaccines rejected by South Africa and reallocated to South Sudan in March arrived there just two weeks before their expiry date; 59,000 were destroyed as a result. – Why are African countries destroying covid-19 vaccines? | The Economist

Seems like jab uptake rates are being hyped, because the UK, the State of Israel, the Netherlands and USA are dumping them on poorer countries. 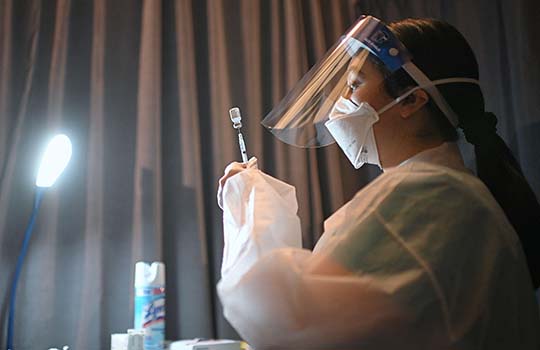 The US, the UK, and the Netherlands face throwing away tens of thousands of covid-19 vaccine doses that are due to expire. The US had already thrown out more than 180 000 vaccine doses by the end of March,1 and some states, including Iowa and...

The US, the UK, and the Netherlands face throwing away tens of thousands of covid-19 vaccine doses that are due to expire.

The US had already thrown out more than 180 000 vaccine doses by the end of March, and some states, including Iowa and Arkansas, have warned that they have thousands more doses set to expire soon.

Meanwhile, vaccine administrators in the UK now report that they too are having to discard doses, as strict rules around dosing intervals and fewer people coming forward for their first dose have led to supply far exceeding demand.

But the UK and the US, where vaccine coverage is high, are not the only countries experiencing these issues. The World Health Organization reports that 23 African countries have used fewer than half of the doses they have received so far, and about 1.25 million doses of the Oxford-AstraZeneca vaccine in 18 countries are set to expire at the end of August.

Malawi and South Sudan have already destroyed around 20 000 and 59 000 vaccine doses, respectively.

Vaccine hesitancy and logistical issues have slowed rollout, especially in countries such as Bulgaria and Romania, where vaccine doses have been sold to other countries despite low coverage at home.

And in the UK health leaders have urged young adults to come forward for their vaccinations, as interest among this group seems to have waned.

Pippa Nightingale, chief nursing officer at Chelsea and Westminster NHS Foundation Trust, said recently, “Our vaccination centres are only really operating to about 30% of their capacity, because that’s the people that are turning up. We’ve got staff there, we’ve got vaccines there, but we are really struggling. That’s the picture across London; it’s also a picture across the country.”

Countries that have tried to send vaccines nearing expiry to other countries have also found it difficult to find recipients able to take the stock and distribute it before the expiry date. In July, Israel had one million vaccine doses due to expire and attempted to send them to countries including Palestine and the UK, as part of deals that would see the countries send back the same number of doses later in the year. Both deals fell through, but Israel eventually agreed a swap for 700 000 doses with South Korea.

So many doses - so little time - how do they use them up? Go after younger and younger cohorts.

Why aren't they concerned with the environment effects of dumping and burning?

This isn't about health or the environment – It's about profit and control; and probably holding up their end of the bargain in secret deals.

Gibraltar going to dispose of their expired doses that they can't CON or coerce Gibraltarians into keep taking – Dump them on Spain to be put in a landfill in the Campo?