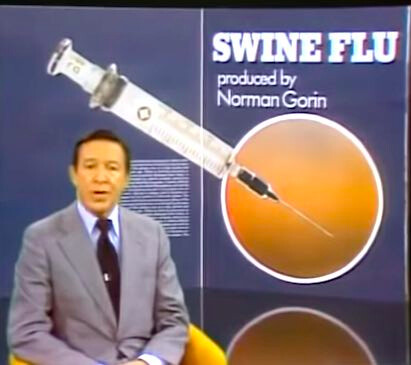 What are the parallels between what we did with the Swine Flu in the 1970s and Covid-19 today?

Remember the swine flu scare of 1976? That was the year the U.S. government told us all that swine flu could turn out to be a killer that could spread across the nation, and Washington decided that every man, woman and child in the nation should get a shot to prevent a nation-wide outbreak, a pandemic.

Well 46 million of us obediently took the shot, and now 4,000 Americans are claiming damages from Uncle Sam amounting to three and a half billion dollars because of what happened when they took that shot.

1 Like
Does the Flu Shot Increase COVID-19 Risk (YES!)