Might this be the New Jerusalem's landing angle to the Rock? (Beautiful picture)

[Not the plane - but along the line of sight to the southern part of the rock.]

Close Encounters of the Gibraltar Kind 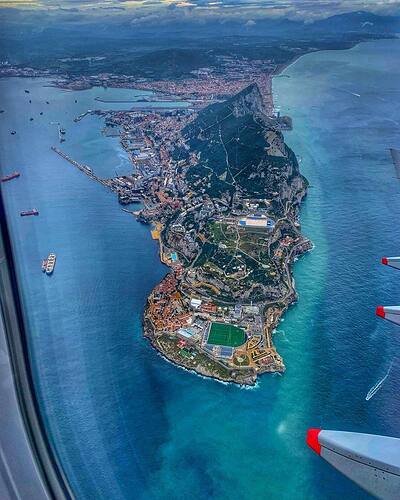 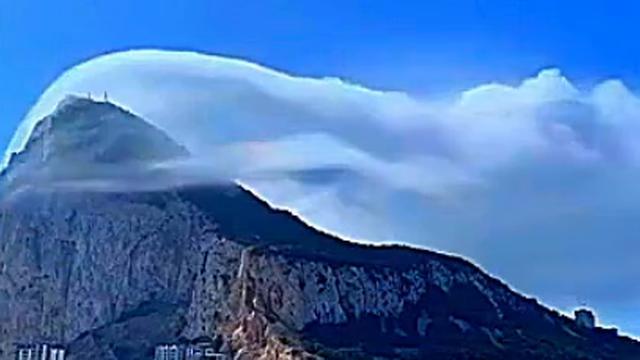 Read the post/thread at Defending-Gibraltar that contains this video: Might this be the New Jerusalem's landing angle to the Rock? (Beautiful picture) https://defending-gibraltar.net/t/might-this-be-the-new-jerusalems-landing-angle-to-the-rock-bea…

Revelation 21:1 And I saw a new heaven and a new Earth: for the first heaven and the first Earth were passed away; and there was no more sea.
21:2 And I John saw the Holy City, "New Jerusalem", coming DOWN from God OUT OF HEAVEN, prepared as a Bride adorned for her husband.
21:3 And I heard a great voice out of heaven saying, Behold, the Tabernacle of God [is] with men, and He will dwell with them, and they shall be His people, and God Himself shall be with them, [and be] their God.
21:4 And God shall wipe away all tears from their eyes; and there shall be no more death, neither sorrow, nor crying, neither shall there be any more pain: for the former things are passed away.
21:5 And He that sat upon the Throne said, Behold, I make all things NEW. And He said unto me, Write: for these words are True and Faithful.
21:6 And He said unto me, It is done. I am Alpha and Omega, the Beginning and the End. I will give unto him that is athirst of the fountain of the Water of Life freely.
21:7 He that overcometh shall inherit all things; and I will be his God, and he shall be My (adopted) son.
21:8 But the fearful, and unbelieving, and the abominable, and murderers, and whoremongers, and sorcerers, and idolaters, and ALL LIARS, shall have their part in the lake which burneth with Fire and brimstone: which is the second death.
21:9 And there came unto me one of the seven angels which had the seven vials full of the seven last plagues, and talked with me, saying, Come here, I will show thee the Bride, the Lamb's Wife.
21:10 And he carried me away in the spirit to a great and high mountain, and showed me that great City, the Holy Jerusalem, DESCENDING OUT OF HEAVEN from God,
21:11 Having the glory of God: and her light [was] like unto a stone most precious, even like a jasper stone, clear as crystal;
21:12 And had a wall great and high, [and] had twelve gates, and at the gates twelve angels, and names written thereon, which are [the names] of the twelve tribes of the children of Israel:
21:13 On the East three gates; on the North three gates; on the South three gates; and on the West three gates.
21:14 And the wall of the city had twelve foundations, and in them the names of the twelve Apostles of the Lamb.
21:15 And he that talked with me had a golden reed to measure the city, and the gates thereof, and the wall thereof.
21:16 And the city lieth foursquare, and the length is as large as the breadth: and he measured the city with the reed, twelve thousand furlongs. The length and the breadth and the height of it are equal.
21:17 And he measured the wall thereof, an hundred [and] forty [and] four cubits, [according to] the measure of man, that is, from the angel.
21:18 And the building of the wall of it was [of] jasper: and the city [was] pure gold, like unto clear glass.
21:19 And the foundations of the wall of the city [were] garnished with all manner of precious stones. The first foundation [was] jasper; the second, sapphire; the third, a chalcedony; the fourth, an emerald;
21:20 The fifth, sardonyx; the sixth, sardius; the seventh, chrysolite; the eighth, beryl; the ninth, a topaz; the tenth, a chrysoprasus; the eleventh, a jacinth; the twelfth, an amethyst. (see the Breast-Plate of Aaron - Exodus 28)
21:21 And the twelve gates [were] twelve pearls; every several gate was of one pearl: and the street of the City [was] pure gold, as it were transparent glass.
21:22 And I saw no temple therein: for the Lord God Almighty and the Lamb are The Temple of it.
21:23 And the city had no need of the sun, neither of the moon, to shine in it: for the glory of God did lighten it, and the Lamb [is] the Light thereof.
21:24 And them which are saved out of the nations shall walk in the Light of it: and the kings of the Earth do bring their glory and honour into it.
21:25 And the gates of it shall not be shut at all by day: for there shall be no night there.
21:26 And they shall bring the glory and honour of the nations into it.
21:27 And there shall in no wise enter into it any thing that defileth, neither [whatsoever] worketh abomination, or [maketh] a LIE: but they which are written in the Lamb's Book of Life. - King of kings' Bible - Revelation

@DG-Truther-Videos ,
Thank-you. Great footage. The signs of things to come.

33:17 Thine eyes shall see The King in his beauty: they shall behold the land that is very far off (Israel).

42:11 Let the "wilderness" and the cities thereof lift up [their voice], the villages [that] Darkness doth inhabit: let the inhabitants of the Rock sing, let them shout from the top of the mountain.
42:12 Let them give glory unto the "I AM", and declare His praise in the islands.

The water in these clouds should supply the rock easily 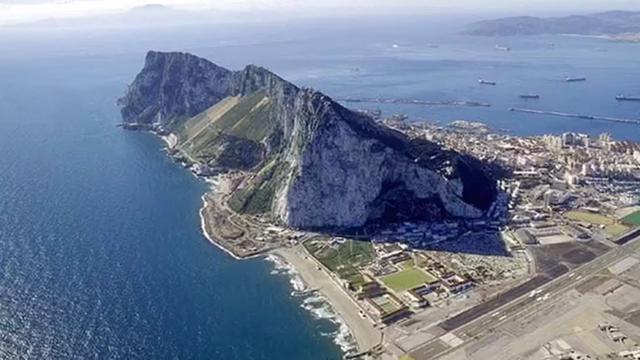 The Rock of Gibraltar Pillars of Hercules Moorish Castle Labyrinth of Tunnels...

Read the post/thread at Defending-Gibraltar that contains this video: ELIZABETH II DEAD at 96 Following 70-year Reign https://defending-gibraltar.net/t/might-this-be-the-new-jerusalems-landing-angle-to-the-rock-beautiful-picture/1560 If you CAN hand…

The Rock of Gibraltar Pillars of Hercules Moorish Castle Labyrinth of Tunnels...

Let us sing a new song unto the I am that we may be a testimony unto him. Woe to the wicked and vain for there life is short and time is near. Praise the I AM for his great mercy and love he bestow his children!

103:1 <[A Psalm] of David.> Bless the "I AM", O my soul: and all that is within me, [bless] His holy name.
103:2 Bless the "I AM", O my soul, and forget not all His benefits:
103:3 Who forgiveth all thine iniquities; Who healeth all thy diseases;
103:4 Who redeemeth thy life from destruction; who crowneth thee with lovingkindness and tender mercies;
103:5 Who satisfieth thy mouth with good [things; so that] thy youth is renewed like the eagle's.
103:6 The "I AM" executeth Righteousness and Judgment for all that are oppressed.
103:7 He made known His Ways unto Moses, His acts unto the Children of Israel.
103:8 The "I AM" [is] merciful and gracious, slow to anger, and plenteous in mercy.
103:9 He will not always chide: neither will He keep [His anger] for ever.
103:10 He hath not dealt with us after our sins; nor rewarded us according to our iniquities.
103:11 For as the heaven is high above the earth, [so] great is His mercy toward them that fear Him.
103:12 As far as the East is from the West, [so] far hath He removed our transgressions from us.
103:13 Like as a father pitieth [his] children, [so] the "I AM" pitieth them that fear Him.
103:14 For He knoweth our frame; He remembereth that we [are] dust.
103:15 [As for] man, his days [are] as grass: as a flower of the field, so he flourisheth.
103:16 For the wind passeth over it, and it is gone; and the place thereof shall know it no more.
103:17 But the mercy of the "I AM" [is] from everlasting to everlasting upon them that fear Him, and His righteousness unto children's children;
103:18 To such as keep His Covenant, and to those that remember His Commandments to do them.
103:19 The "I AM" hath prepared His throne in the heavens; and His kingdom ruleth over all.
103:20 Bless the "I AM", ye His angels, that excel in strength, that do His Commandments, hearkening unto the voice of His Word (John 1).
103:21 Bless ye the "I AM", all [ye] His hosts; [ye] ministers of His, that do His pleasure.
103:22 Bless the "I AM", all His works in all places of His Dominion: bless the "I AM", O my soul. 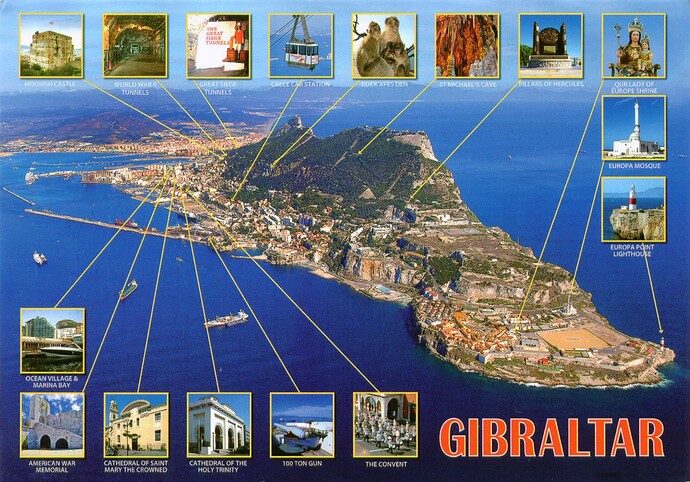 Thank you for sharing,