[How do we help him to reach more people, especially Gibraltarians?]

I desperately want to be wrong.

We’d all have a good laugh at my expense & I’d even lead the charge.

But I’m not wrong.

At the very best, we’ve had most govts lying to us for over 20 months.

This has caused or at least contributed to hundreds of thousands of deaths.

The world economy has been reshaped, destroying big chunks of the aspirational middle classes as well as their predecessors.

The worst part, from my perspective, has been the Soviet level of propaganda, suppression & censorship.

Not only main / legacy media but almost the entire internet is controlled by perpetrators.

Where is this all going?

Cowards assert it’ll get better in its own, pretending its a natural phenomenon.

There’s a large group who genuinely don’t know what’s going on, a growing number of whom are stirring uneasily. They sense it doesn’t all add up. They won’t be initiators but could be recruited by an alternative narrative that’s not only plausible but true.

Some others know we’ve suffered a global coup d’etat but are pinning their hopes on an outcome that just enforces restrictions. That’s just wishful thinking. Consider the ambition of this as well as it’s costs & risks. I don’t believe the return on that can be as limited as restricting our freedoms to fly, eat meat, to drive & to whack on the heating whenever we want.

So I’m with the catastrophists who think depopulation is by far the most likely.

It’s depressing, because despite 18 months of attempts to point out the myriad obvious untruths being told, coupled recently with mass scale injuries & deaths, the lies continue thick & fast.

I have a strong & I think well founded fear of a winter of torture. They’ve already trailed enough things to be pretty sure some combination of these are coming.

If you were me, what do you think is the most effective way to reach a LOT more people??

If he goes to Gibraltar in person...

Project a message on to the Rock

Help Christ to continue speaking the truth, nothing but the truth and live by a good example and not words probably and God willing people will pay attention.

God bless Mike Yeadon in his efforts, who is truly devoted to reaching others and hopefully he will find Christ in the process. Most effective way to reach others is to start with you first having a good ripple effect on others around you. Sad thing is today most are human and they are scared of the truth, they run from it. They have listened to lies for so long they are blind to truth.

Flyers, handouts left behind in shopping carts, on tables at any public place for people to find.

Here is one that could be edited according to the message you choose and where you live:

Will you gamble with your life and take the jab?

Or will you put trust in your natural immunity??

The choice is yours 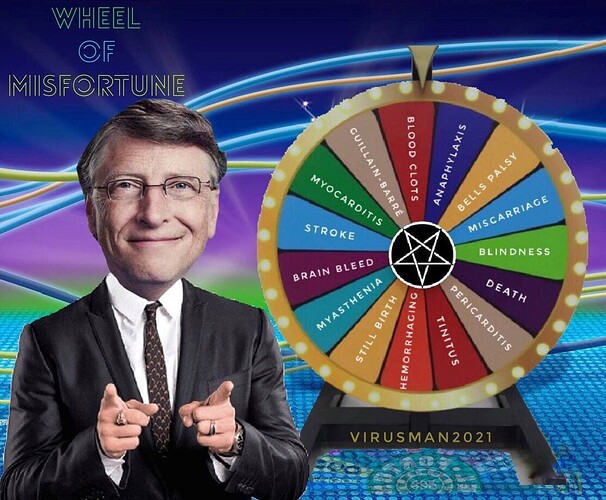 Perhaps taking some flyers (in a file folder) & inserting inside free newspaper type publications that are displayed in public places. Would ppl pay more attention to it if they encounter it inside a publication that they recognize?

Perhaps, people would pay attention if inserted in free publications. I would think so; however, doing so may cause a problem with the people or persons who head those type of publications.

The ones heading publications that publish only lies?

Those free publication (the ones I am familiar with) are free to the public to take and peruse, but they charge a fee (that is how they make money) for ads and inserts within that publication. If an ad or something like that (a promotion or whatever) is placed into their publication without paying them, they may have a problem with that and they probably watch out for that type of thing .... free advertising that they could make money from. They are in the "free publication" business for a profit.