[Is that a misspelling? Should it say king instead of ring?] 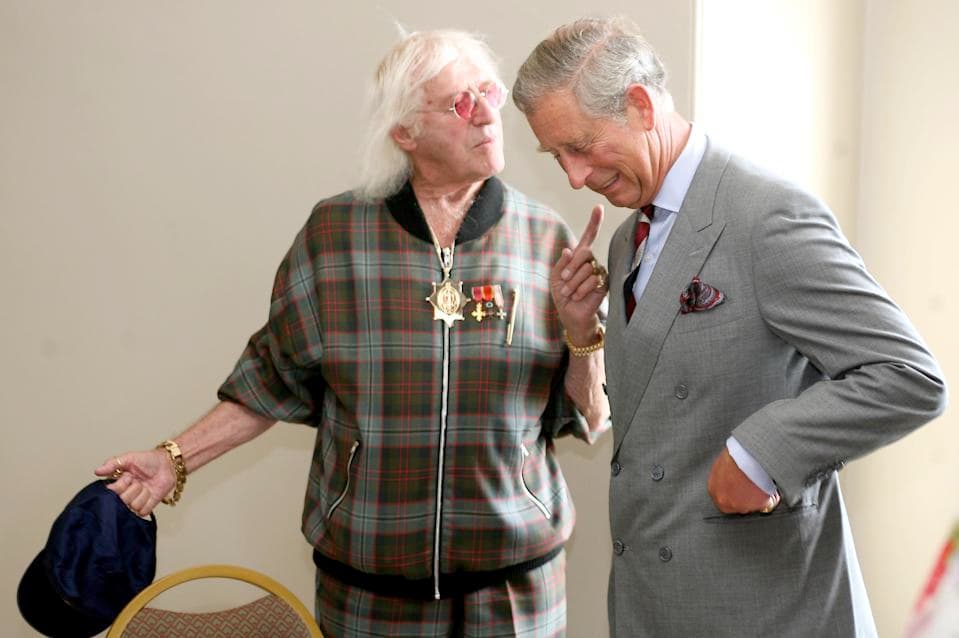 Jimmy Savile (1926-2011) was a Satanist. The Queen of England awarded him the Order of the British Empire (OBE) in 1971 and subsequently conferred a knighthood upon him.... Savile supplied children to elite members of British society for their sexual satisfaction.

What did Queen Elizabeth know about her son Charles' close friendship with Sir Jimmy Savile, the organizer of a huge child molestation ring servicing the aristocracy and elite of Britain? Prime Minister Margaret Thatcher and the queen's MI5 and MI6 secret police were in on it. But Her Majesty was not?

Another clerical member of Savile's pederast ring was the Anglican Bishop of Gloucester, the Rt. Rev. Peter Bell, who had deep connections to the royal family, including Queen Elizabeth and Prince Charles. Sir James Savile met Prince Charles through "mutual charity interests."

**[[**Sometimes, when I walk around, my eyes look at small details which make me take a picture and search about it later.

Here I saw this small sticker with a Saint George's Cross stuck to a street sign in the Borough of Kensington and Chelsea. I took this image, and followed their links and FOUND the following articles.]]

According to the North Yorks Enquirer:

Savile "had different groups of friends in different places".

"They were his 'teams', he called them."

The child abuse Team/Ring in Scarborough.

The Satanist Team/Ring in Whitby.

The Satanist Team/Ring in Stoke Mandeville Hospital, in Buckinghamshire.

The Team/Ring in Rochdale, Greater Manchester, led by the Satanist Michael Horgan, who was closely associated with Cyril Smith.

According to The North Yorks Enquirer:

One of the Westminster rings was run by the London gangsters Ronnie and Reggie Kray.

"Apparently Kray had access to many London care homes and would have boys delivered to parties at DJ Alan 'fluff' Freeman’s large flat over a music shop in East London.

"There they would meet with show biz types and DJs including Jimmy Saville, Joe Meeks and on occasion Beatles manager Brian Epstein."

The Krays had protection from certain top police officers.

Jimmy Savile was also involved in a second ring that used a London brothel in Battersea Bridge Road staffed by underage children.

The police discovered this in 1964 and linked Savile to it. But no action was taken.

Jimmy Savile is linked to the child abuse ring operating on the island of Jersey.

Jimmy Savile was a frequent visitor to Belfast, the site of the Kincora boy brothel, said to be run by MI5 and MI6.

According to the North Yorks Enquirer:

Jimmy Savile had close relationships with: