Mayors of the region demand measures and investment from the Spanish Government The councillors have told the minister, José Manuel Albares, that the Integral Plan for this territory "has to be a reality". 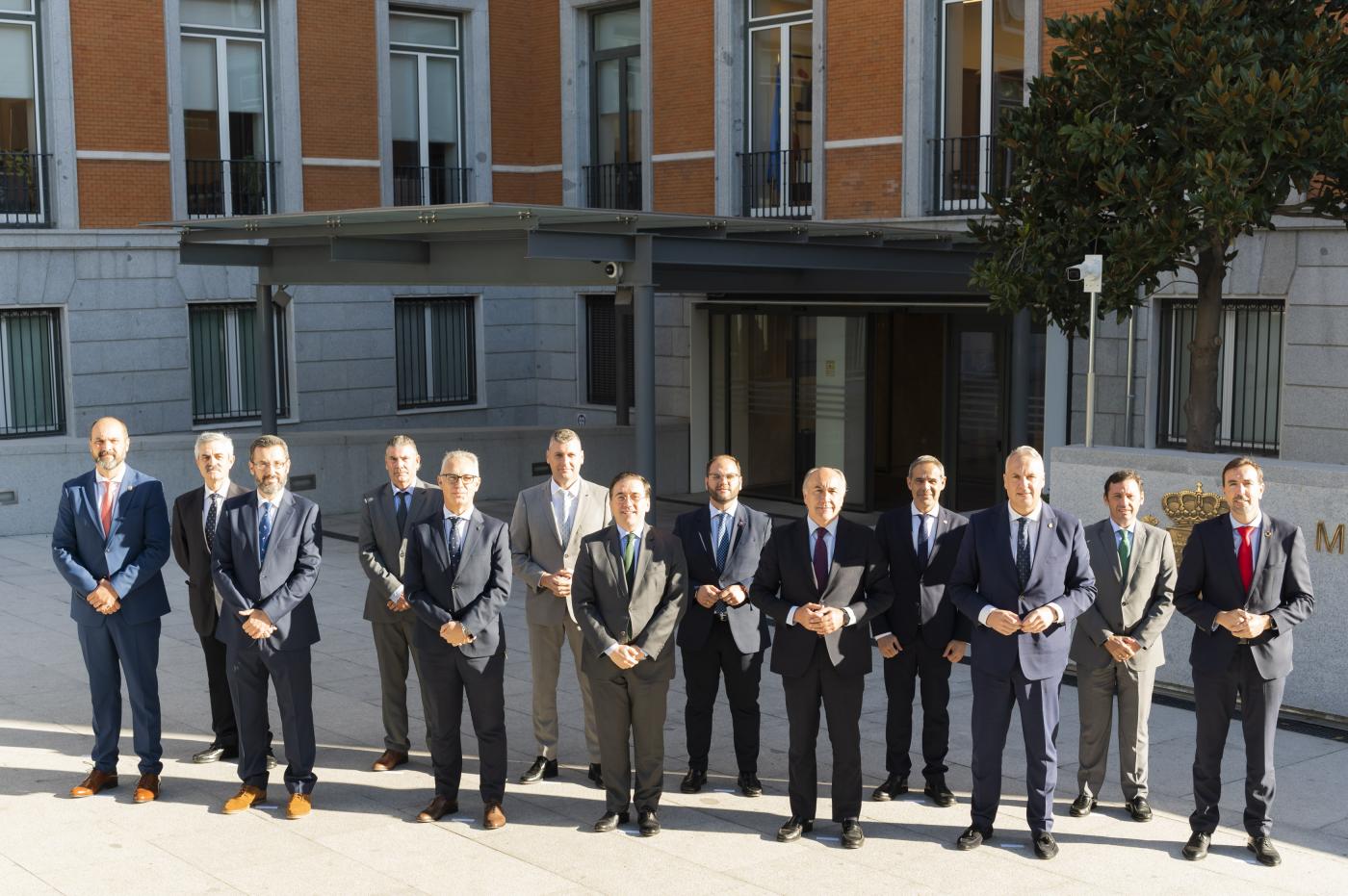 The authorities of Campo de Gibraltar who have met this Friday with the Minister of Foreign Affairs, José Manuel Albares, have demanded to Brussels, the central Government and the Junta de Andalucía, concrete measures and investments in this territory while waiting for an agreement with the United Kingdom on the British city.

This is what the mayors of Algeciras and La Línea, José Ignacio Landaluce and José Juan Franco, and the president of the Association of Municipalities of Campo de Gibraltar, Juan Lozano, have been saying in statements to the media after meeting with Albares.

One of the most critical in this regard has been the councillor of Algeciras, who is also a senator of the PP, who has expressed his "concern" after this meeting, so he has asked the Administrations to invest in the Campo de Gibraltar.

"We cannot wait for an agreement after Brexit if we do not first comply with the Government's 2018 Campo de Gibraltar Plan", Landaluce proclaimed when asked about his feelings after this meeting, accusing Gibraltar of "having everything", since in the current context it is inside the European Union and at the same time it is outside.

IMPLEMENTING THE PLAN FOR THE COUNTRYSIDE

For his part, the president of the Mancomunidad has revealed that the authorities of the Campo have told Albares that the Comprehensive Plan for this territory "has to be a reality" because, as he stressed, "we have to invest in the Campo de Gibraltar".

"We cannot afford the luxury that, if there is no agreement, our workers are put at risk", defended the president of the Mancomunidad, who has put the focus, as well as on the central government, on Brussels and the Junta de Andalucía.

José Juan Franco expressed himself in similar terms, urging the implementation of specific measures so that the municipalities of the Campo can get out of the current situation, complaining at the same time that there has been no specific budget allocation for La Linea since the Brexit agreement.

On whether this is the last chance to reach an agreement, the mayor of La Linea acknowledged that it is a negotiation that is taking a long time after the Brexit referendum of 2016, admitting that there is a possibility that "at any moment it will be decided that this is as far as it has gone".

Another mayor of Campo de Gibraltar has also raised with the Foreign Minister the request to equalise tax issues with Gibraltar, proposing a tax regime similar to that of the autonomous cities of Ceuta and Melilla, or the Canary and Balearic Islands.

MADRID (Reuters) - Spain and the European Commision have sent Britain a proposal to keep the Gibraltar land border open as part of a definitive solution settling the post-Brexit status of the enclave, the Spanish foreign ministry said on Friday....

MADRID (Reuters) - Spain and the European Commision have sent Britain a proposal to keep the Gibraltar land border open as part of a definitive solution settling the post-Brexit status of the enclave, the Spanish foreign ministry said on Friday.

Spain, Britain and the European Union agreed on Dec. 31, 2020, hours before Britain's full exit from the bloc, that Gibraltar would remain part of EU agreements such as the Schengen Area and Spain would police the port and the airport, pending a definitive solution.

Spain's Foreign Affairs minister Jose Manuel Albares told Spanish local and regional authorities near Gibraltar on Friday both Spain and the European Commission had sent Britain "a proposal to make the area a zone of shared prosperity".

The British ambassador in Madrid Hugh Elliott said on Thursday in an interview on Gibraltar TV GBC he was confident a deal can be reached this year.

The Spanish-EU proposal includes removing the fence to ensure free flow of people between Spain and the enclave, the Spanish ministry said in a statement.

About 15,000 people commute daily from Spain to Gibraltar, which has a population of about 32,000.

Spain has agreed to put aside the issue of its sovereignty claim over Gibraltar to focus on the opportunity to keep the border open, the Foreign Minister said. The Campo of Gibraltar

The Campo Page features posts for people who live in The Campo of Gibraltar, at the southern end of the Iberian Peninsula (Cadiz, Spain and Gibraltar).

London sees agreement with the EU on Gibraltar as feasible if there is mutual flexibility. The UK has reiterated that it is not prepared to seal any agreement that "compromises UK sovereignty" over the Rock. 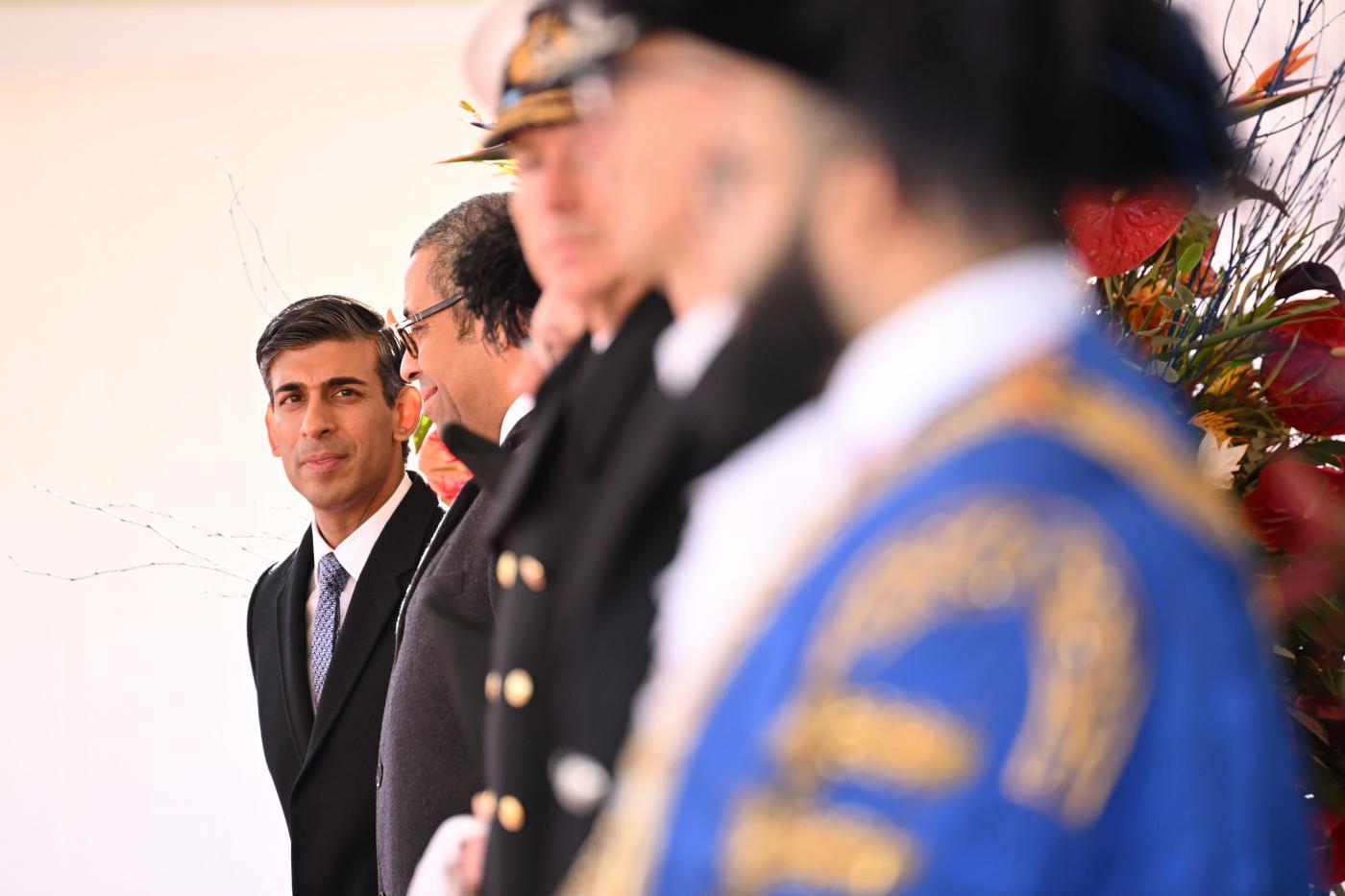 The UK believes that it is feasible to reach an agreement with the EU on Gibraltar's future relationship with the bloc after Brexit, but this requires "flexibility on all sides", a spokesman for the British Embassy in Madrid has indicated.

"Both the UK and the EU have presented texts throughout the negotiations," the spokesperson explained, after the Minister of Foreign Affairs, José Manuel Albares, indicated that Spain and the European Commission have sent London a "global proposal" that offers "practical solutions" to create an "area of shared prosperity".

Although he did not want to talk about negotiation deadlines, the minister did hint that the proposal on London's table would be the last one. "It is clear that we cannot be in this situation forever", he stressed, while defending the fact that the government "has shown a high degree of flexibility and pragmatism" after Brexit.

London is "working intensively to seek an agreement on a text that respects the balance" of the political framework agreed by the United Kingdom and Spain on 31 December 2020, the spokesman said, in line with what was also stated by Albares, who clarified that the proposal from Madrid and Brussels respects this text, which foresees, among other things, the removal of the frontier.

The British government "is confident that with flexibility on all sides an agreement can be found that works for the whole region" of Gibraltar and the Campo de Gibraltar, with whose mayors Albares met today in Madrid.

According to him, the proposals that Gibraltar and the UK have submitted to the EU "provide for the removal of trade barriers and the protection of the integrity of the Single Market" but without compromising their interests "in fiscal matters or on sovereignty in general".

They also "address the issue of the rights of persons for a fluid border", he added, specifying that to achieve this it is necessary to comply with the provisions agreed in 2020 and also take into account "the EU's concerns regarding the protection of the integrity of the Schengen area".

The so-called New Year's Eve Agreement provided for the disappearance of the fence and its inclusion in the Schengen border-free area. However, the negotiating mandate that the EU-27 finally gave to Brussels, although it endorsed the elimination of the border fence, made it conditional on Spain - with the assistance of Frontex for the first four years - controlling the border crossing at the airport and port of the Rock, something that the British government did not like.

The way in which this balance between the presence of Frontex and the supervision of the Spanish authorities will fit into the future agreement is precisely one of the stumbling blocks that remain open after a dozen rounds of negotiations and which the parties are seeking to resolve, according to several sources familiar with the talks consulted by Europa Press.

Our proposals," insisted Picardo, "also foresee that cross-border workers will continue to enjoy equal treatment with resident workers in terms of employment benefits".

The chief minister welcomed the willingness expressed by Albares that the government wants to "achieve a positive outcome". "We are all on the same page with regard to this objective", he maintained, assuring that it is possible to conclude the negotiation "successfully".

"These options are on the table and can be implemented and materialised in a satisfactory conclusion for all parties," he said. "We all want to reach an agreement this year," Picardo said.

The chief minister expressed his commitment "to a win-win outcome where no one has to compromise on issues that are considered fundamental, although compromises are made in the areas where everyone feels they can compromise, and which works for the UK and the EU, who are the contracting parties".

To date, nine rounds of negotiations have been held between London and Brussels, and the next one is scheduled for Monday and Tuesday in the British capital. The negotiation, Picardo acknowledged, "has not been an easy task and what lies ahead is not easy either", but right now "a positive result is within reach". Treaty negotiations: Chief Minister says we are nowhere nearer their... 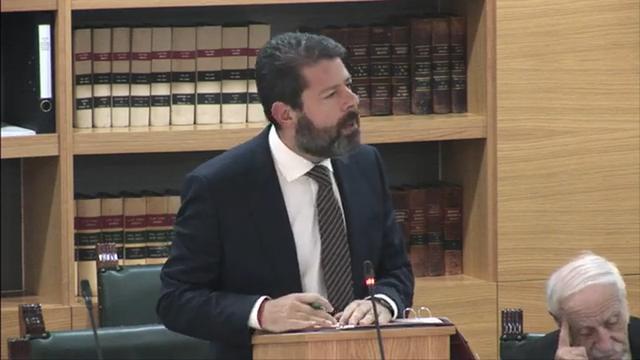 Chief Minister We are nowhere nearer Treaty negotiations conclusion than we...

Further research on the post/thread at Defending-Gibraltar that contains this video: Mayors of the region demand measures and investment from the Spanish Government The councillors have told the minister, José Manuel Albares, that the Integral Plan …

Chief Minister We are nowhere nearer Treaty negotiations conclusion than we...

Hopefully they will get something actually accomplished, instead of kicking the can down the road - just like with all the Brexit stalls, make-believing Brexit is actually "hard". 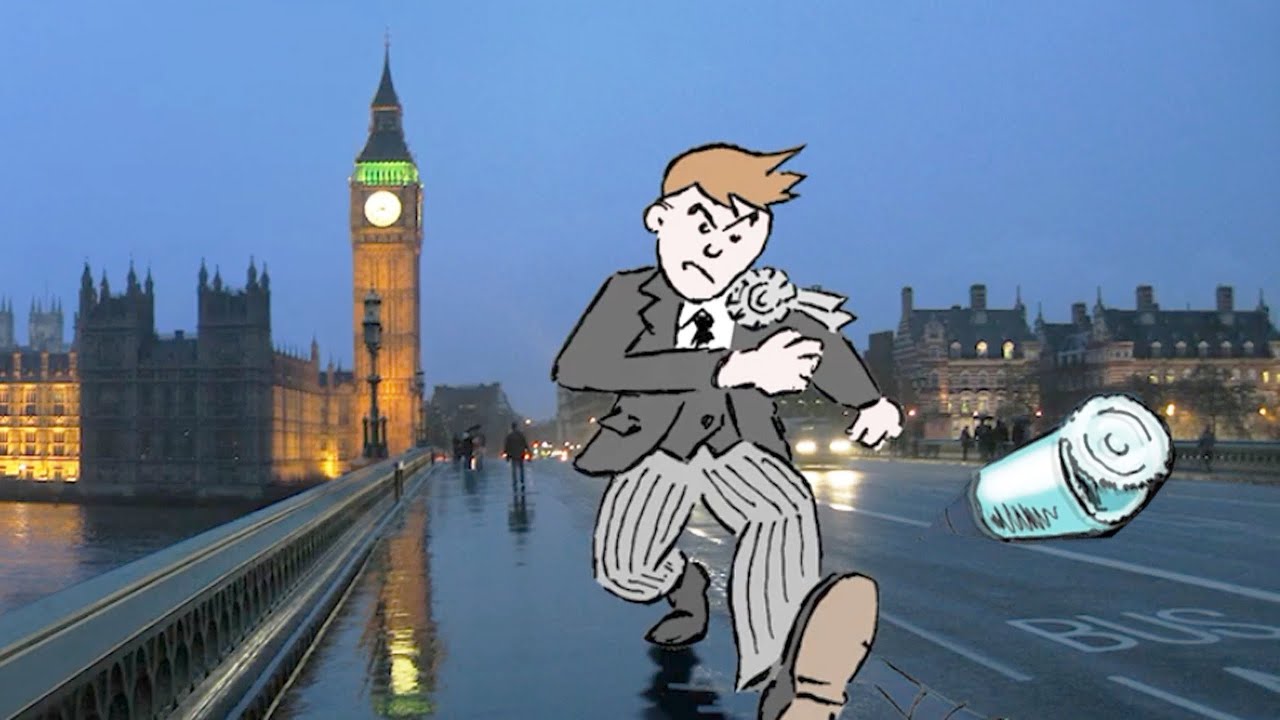 A rocking blues Country tune inspired by the lingering Brexit saga. Video backdrop : Westminster Bridge & Parliament where it's all been kicking off ! Words and music by 'Man in the Street'.