March on Holyrood – Saving Scotland 5 September at 1PM in Edinburgh 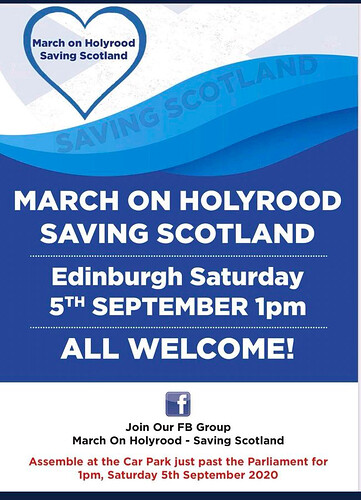 Here is their FB page:

Kohteella Saving Scotland on 7 987 jäsentä. Saving Scotland Scottish Unity is an apolitical grassroots movement. We comprise all the regional groups who have come together and evolved since the...

Here are a couple of videos:

Cllr Paddy Hogg Says Why He will Join the March on Holyrood (3min):

Kirsty Smith will be there (4min): 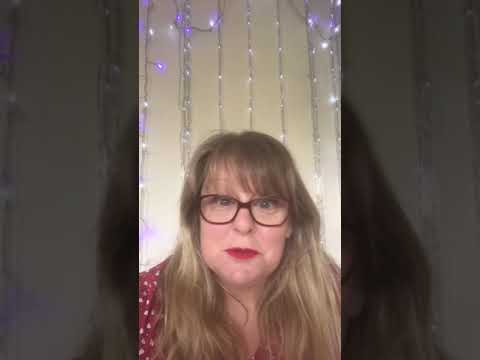 Covered by The Sun:

ANTI-MASKERS are planning a march on the Scottish Parliament building in Edinburgh this weeked. The group, known as Saving Scotland, intend on making a “short symbolic march” to Holyroo…

The event is scheduled to take place at 12.30pm on Saturday with a march from the car park at the foot of Arthur's Seat to the parliament buildings.

Keynote speakers including Irish professor Dolores Cahil and Scots Dr Malcolm Kendrick are set to make speeches at the rally which will finish at 3pm.

Organisers say it is "time to stand up together" and fight "for the freedom to choose" by attending the Saving Scotland March on Holyrood rally.

A post promoting the event on the Saving Scotland Facebook page read: "Time to stand up together, and listen to real scientific evidence in regards to the health of the Scottish people.

"This evidence is being buried by MSM, Big pharma and more than a few politicians.

"Lockdown is causing more harm than the Virus. We stand for the freedom to choose.

The Scotland Protest as well as those in London and Berlin are mentioned on this site:

Number 59 In this issue: Stand up to tyranny! The Great Battle for the Future Smart means dead Tracksuits, traumas and class traitors Henry David Thoreau: an orgrad inspiration Acorninfo 1.  Stand …

North of the border, there will be a ‘Saving Scotland’ March on Holyrood: meet-up near the Scottish parliament in Edinburgh at 1pm on Saturday September 5.

Say organisers: “Deliberate media-managed panic, fear and propaganda made the ‘virus’ seem like it could kill us all. It was a lie! 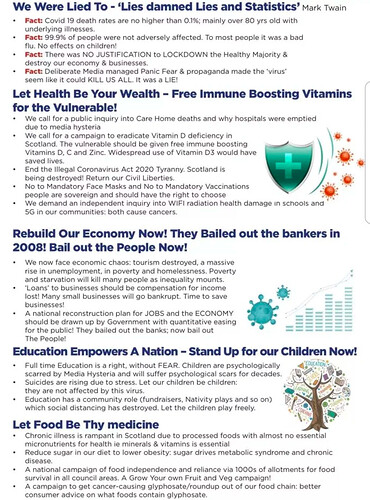 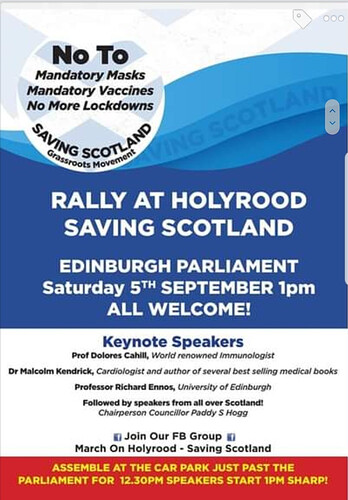 John Carroll in encouraging everyone to be at The March on Holyrood 5th September (4min):

Everyone should get involved and communicate with each other.

NEWS on the event is now coming in: 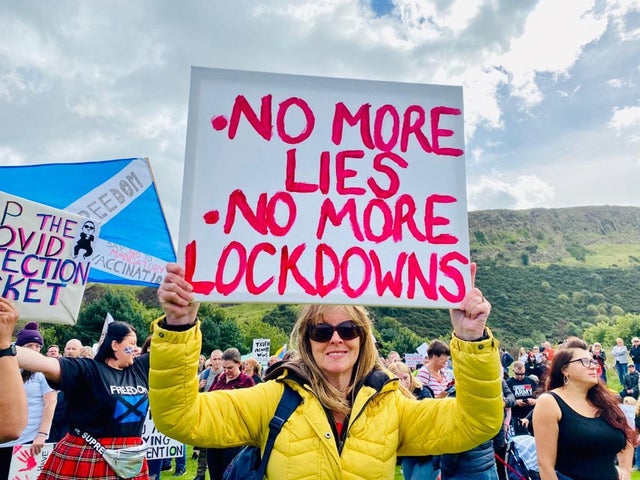 This is still an article about the plan, not the event.
https://www.edinburghnews.scotsman.com/news/politics/anti-mask-protesters-edinburgh-stage-march-outside-holyrood-2962583

One of the keynote speakers is Dr. Malcolm Kendrick. 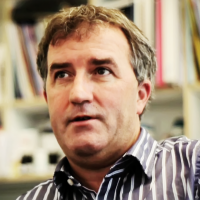 Malcolm Kendrick is a Scottish doctor and author of The Great Cholesterol Con (2008). He has been a general practitioner for over 25 years and has worked with the European Society of Cardiology.

A symptomless, or even mildly symptomatic positive swab is not a case. Never, in recorded history, has this been true. However, now we have an almost unquestioned acceptance that a positive swab represents a case of COVID. This is then parroted on all the news channels as if it were gospel.

Another MSM article in – 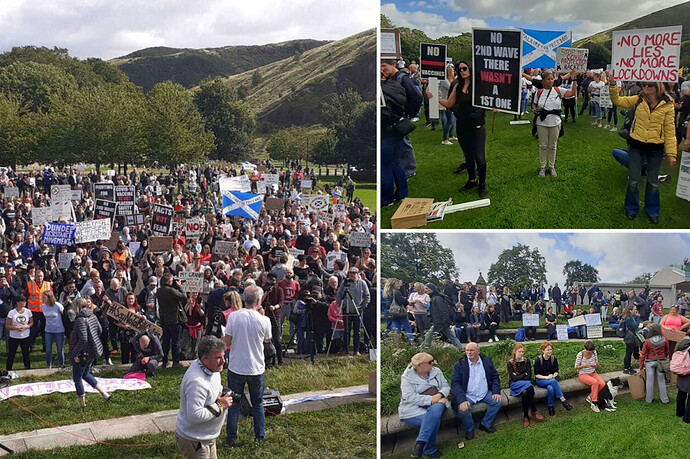 HUNDREDS of anti-maskers have gathered at a static protest at the Scottish Parliament building in Edinburgh this lunchtime. The group, known as Saving Scotland, say they are protesting against mand…

It's probably best to compare this with the concerned citizens who were there once their stories start being posted. 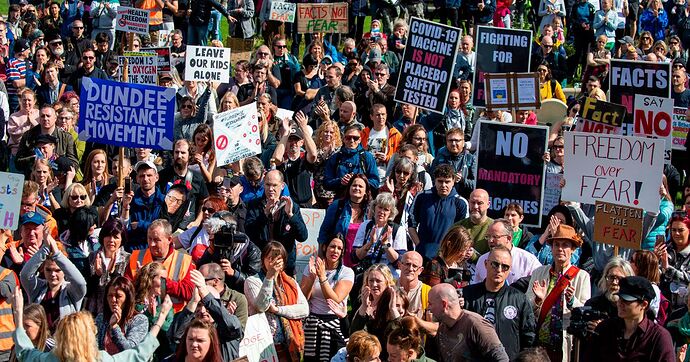 The activists held a static protest at the Scottish Parliament building in Edinburgh this lunchtime.

Good to see the crowd though 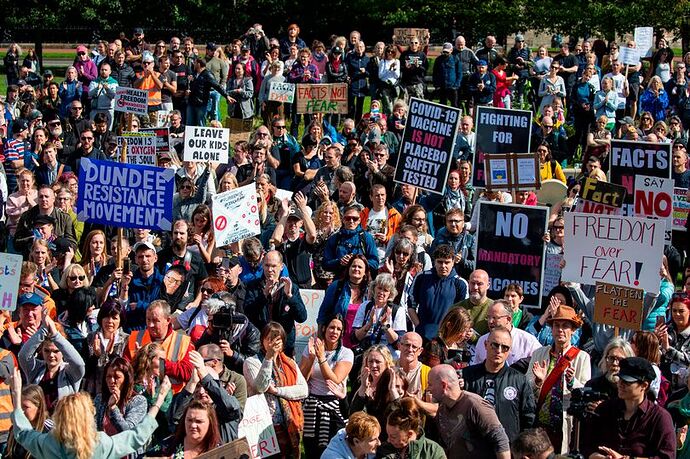 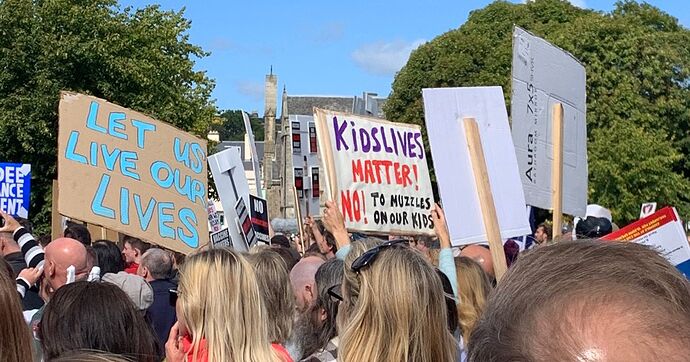 Around 600 people have turned up to the protest

MSM with their same spin:

13 Photos of the event on Sputnick News: 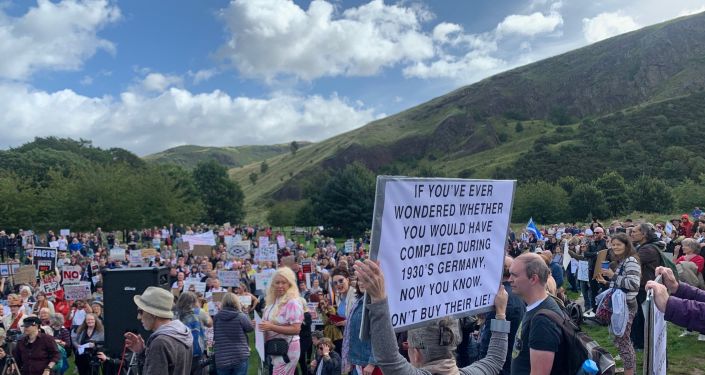 Hundreds of People Brace for Protests Against COVID-19 Lockdown, Mask-Wearing...

Protests against mandatory mask-wearing previously hit London, Paris, and Berlin as European countries re-introduce pandemic restrictions due to a new spike of...

Prof Richard Ennos and Paddy S Hogg among the speakers: 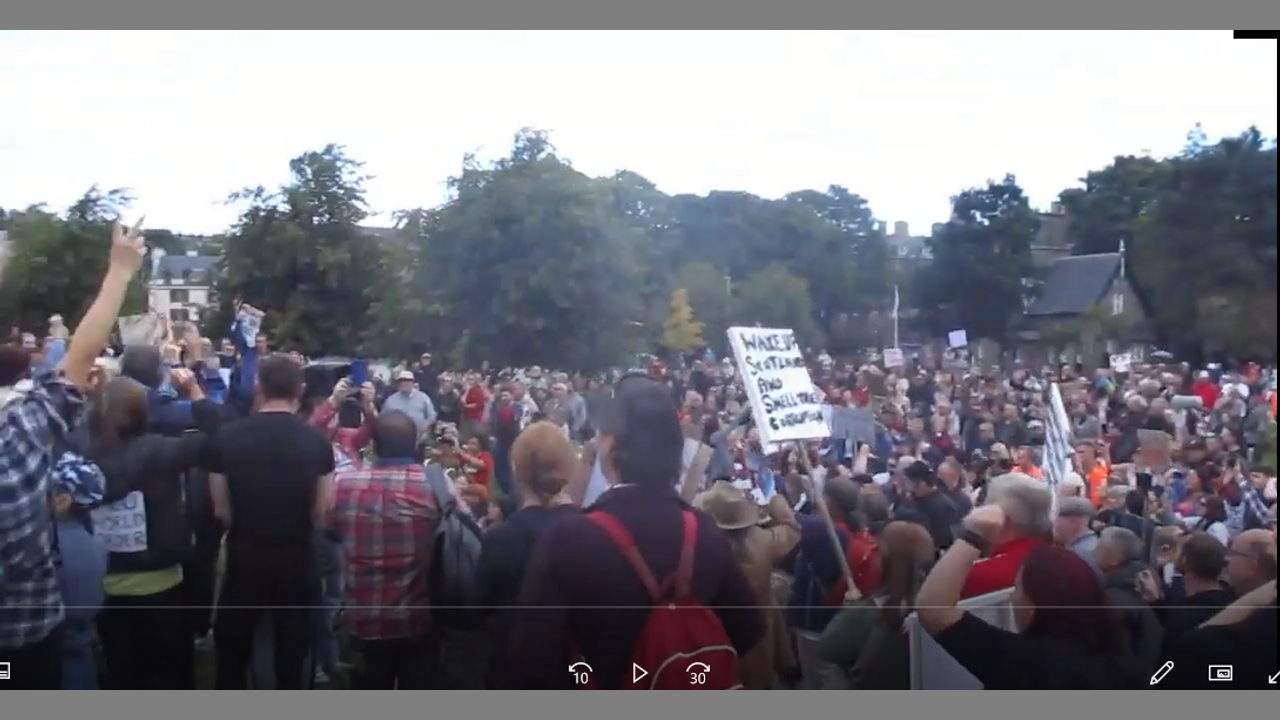 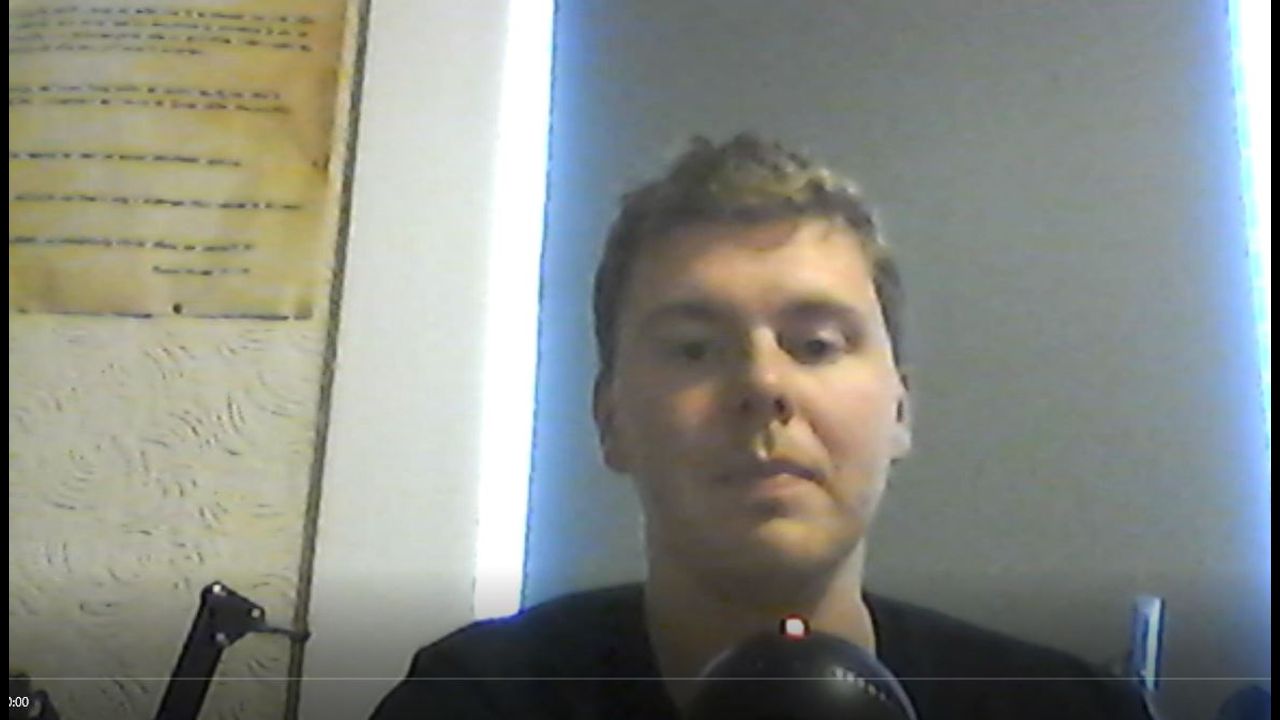 On 5th September 2020, an anti-lockdown protest will be held in Holyrood, Edinburgh at 1pm BST on Saturday 5th September 2020. I outline my reasons for why I, and hopefully many others, should turn up to this protest. I should have explained that...

By the way: Piers Corbyn was arrested yesterday in Sheffield. He was scheduled to be in Glasgow Sept 6.

NOTE: The original title of this post was Stand UP X Protest in Sheffield, UK Sept. 5 UPDATED but because their events continue, this thread will be updated with news about current and upcoming events. Stand Up X was one of the groups at the London Rally on August 29. They hold protests in Sheffield, England, every Saturday: Piers Corbyn was a keynote speaker on Sept. 5 – He was arrested again and manhandled horribly by the police: [Piers Corbyn arrested in Sheffield] He's b… 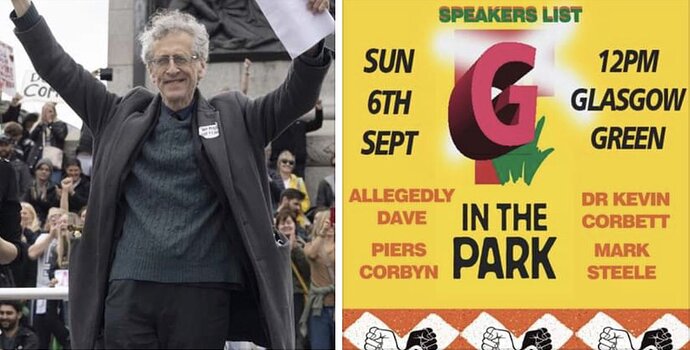 🎙The Amazing Piers Corbyn, Mark Steele, Kate Shemirani, Dave Murphy, Dr Kevin Corbett & STAND UP X Glasgow Green@12:00 6/9/20 🗣 The Best A List Line Up Glasgow Has Ever Seen - Not To Be Missed! Come Along To Hear And Meet Our Speakers SCOTLAND SAYS NO TO THE NEW NORMAL 🏴󠁧󠁢󠁳󠁣󠁴󠁿

This has not been very well received in Conspiracy World. pic.twitter.com/ESwZEwhIwp
Cheeky-Monkey September 6, 2020, 12:20pm #14

Some believe that Corbyn may have been arrested to keep him from the Glasgow event: 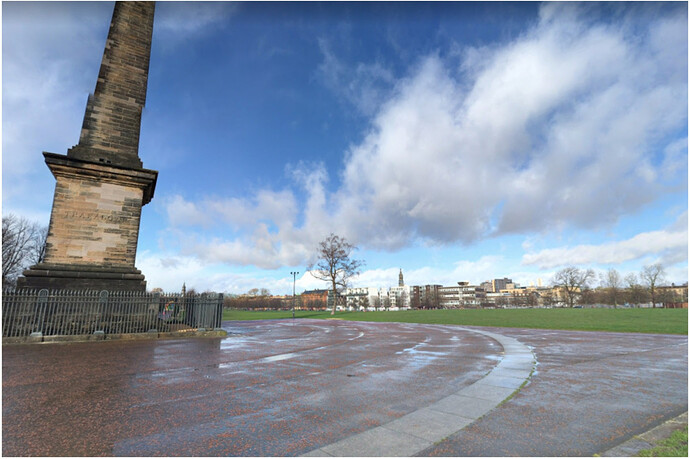 ANTI-LOCKDOWN protesters have gathered in Glasgow Green for another demonstration against lockdown measures. It comes after a number of reports emerged on social media suggesting Piers Corbyn and M… 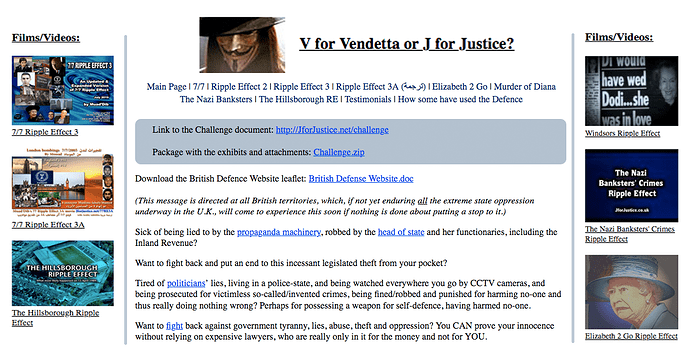 Dolores Cahill's speech at Holyrood is up on [The Truth Seeker].

This YT video is featured: 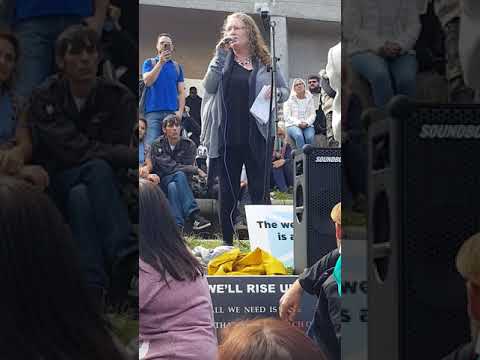 Dr. Bruce Scott was suppose to speak at the Holyrood event, but it was stopped by the police before he spoke. In this video, he runs through what he was going to say – which is about how psychology is being used by the government to manipulate the people and keep them in a state of fear. (please forward the video to 3:07min) 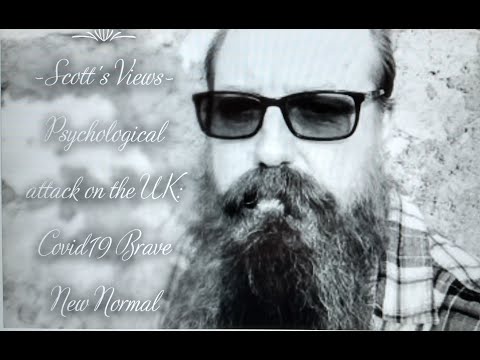 His bitchute channel is Scott's Views

Also Paddy Hogg, who spoke (see his speech above) was also arrested:

A Lanarkshire councillor accused of organising two anti-lockdown protests has been arrested and charged.

Paddy Hogg needs to use [THE CHALLENGE DOCUMENT].

While this was probably a set up so that government officials could have the "last" word, Kevin Corbett, a former nurse, was interviewed today on the BBC's Good Morning Scotland (GMS) breakfast radio show. 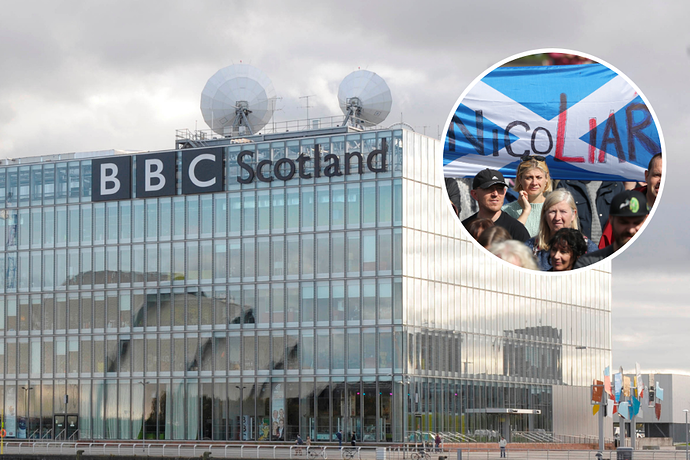 BBC Radio Scotland has sparked an angry backlash from listeners for giving airtime to a coronavirus sceptic and anti-vaccination campaigner.

He told GMS that governments across the world are misleading people and “demanding conformity”, claiming that information provided by Holyrood about the virus is “full of holes” and represents a “fake narrative”.

Welcome to “emergency powers”. This is what happens. Every time.

In Scotland, some of the measures of the epidemic are kept permanently 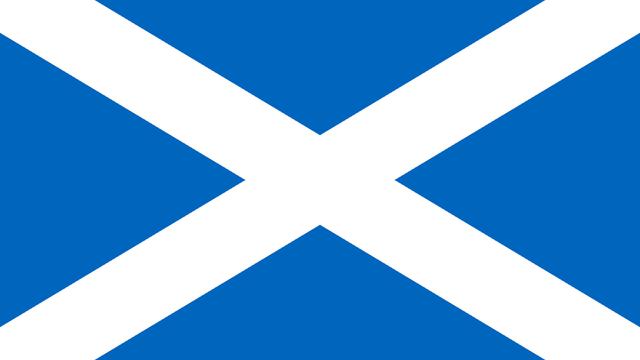