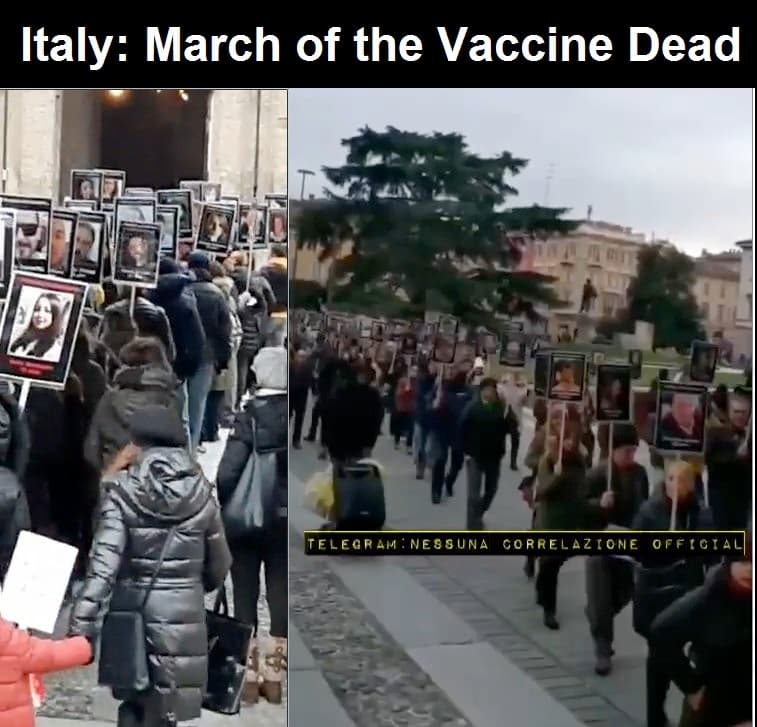 This past weekend a group of protesters in Italy that appears to number at least in the hundreds, marched with signs containing pictures of loved ones who had died after receiving a COVID-19 shot. 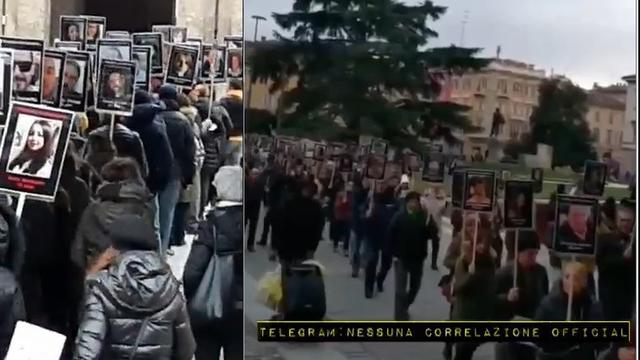 March of the Vaccine Dead Protest in Italy

Hundreds of protesters holding signs with pictures of loved ones who died after receiving a COVID-19 shot marched in Italy recently. Full article: https://healthimpactnews.com/2021/march-of-the-vaccine-dead-protest-in-italy-british-cardiologist-…

Shortly after that study was published, British Cardiologist Dr. Aseem Malhotra was interviewed and asked to comment on the study.

Dr. Aseem Malhotra has been featured multiple times over the years here at Health Impact News because he is one of the few doctors worldwide that is not afraid of exposing the fraud in the pharmaceutical industry, as he has exposed the false lipid theory of heart disease that claims cholesterol causes heart disease which then created a 100 billion dollar cholesterol-lowering drug business led by Pfizer.

Dr. Malhotra confirmed the results of the AHA study and shared that British authorities in the field of Cardiology confirmed to him that this is happening, that the COVID-19 shots are leading to increased heart attacks, but they are afraid to go public because they will lose their research funding from the Drug Companies.

He is calling for an immediate end to vaccine mandates.

March of the Dead - Photos being held up and the names of victims being called out.

And in the Ukraine, mirrors were held up to commemorate Nov. 30 police beating of demonstrators to show police officers what they had become: 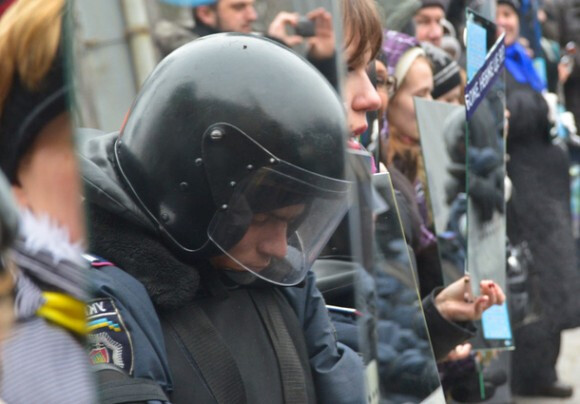 Using Mirrors To Show Police What They Have Become

At noon on Dec. 30, protesters in central Kyiv held mirrors in front of police for 30 minutes to commemorate the night of Nov. 30 when riot police used excessive force to breakup a peaceful rally on Independence Square consisting mostly of university students.

In a gesture to remind the police of their violent actions that memorable night, EuroMaidan demonstrators lined up with mirrors to show law enforcement personnel their reflections. The civic demonstration took place near walkways and streets that lead to the government building district where police have been stationed. The buildings include the president’s headquarters, Cabinet of Ministers and central bank, among others.

Protesters also held posters that read, “Who and what are you protecting?” in reference to President Viktor Yanukovych and his appointed government whose ouster they have called.

If you look in the mirrors, you might see the Walking Dead - 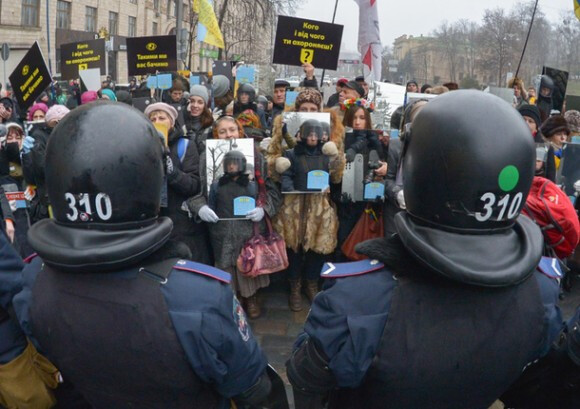 The man in the mirror...
The 80's witnessed many artists taking on social causes from Band Aid to Farm Aid and USA for Africa. One that has an overarching social theme is Michael Jackson's hit from 1988, "Man In The Mirror". The message of the song challenges the listener to start with the "Man In The Mirror" asking "him to change his ways." "No message could have been any clearer...if you want to make the world a better place then take a look at yourself and make a change." Michael Jackson - Man In The Mirror

The 80's witnessed many artists taking on social causes from Band Aid to Farm Aid and USA for Africa. One that has an overarching social theme is Michael Jackson's hit from 1988, "Man In The Mirror". The message of the song challenges the listener…

It is because they serve mammon NOT God.
Christ said, "Judge a tree by the fruit that it bears; by its fruit will you KNOW whether the tree be good or evil." Not by what they say . The FACTS speak for themselves. In fact it is SO obvious ; unless you are one of the "blind being led by the blind " (ALL heading straight for the Pit ) and "there are none so blind as those who do not WANT to see "; that the FACTS don't just speak; they SCREAM at you (2 Thessalonians 2:8-12 :-

2:8 And then shall that Wicked be revealed , whom the Lord shall consume with the [Sword of the] Spirit from his mouth ( the TRUTH* ), and shall destroy with the enlightening of his coming:
2:9 [Even the Wicked ], whose coming is the work of Satan with all power and signs and lying wonders (apparitions etc.),
2:10 And with all deceivableness of unrighteousness in them that perish; because they received NOT the love of the Truth, that they might be saved .
2:11 And for this cause God shall send them strong delusion , that they should believe a LIE: 2:12 That they ALL might be damned who believed NOT the Truth, but had pleasure in unrighteousness.)