Makow — Covid in the Context of Cabalism 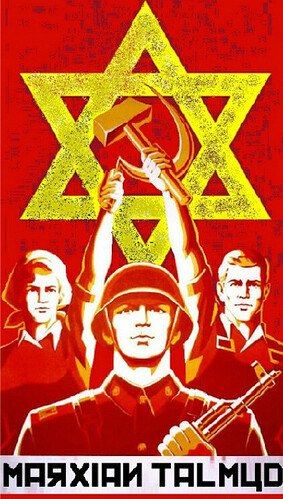 Henry Makow – (Judaism is defined by Cabalism which is Satanic. Cabalism is Communism.)

As an ethnic Jew, it’s painful to say that, IMHO, the essence of Judaism & Organized Jewry is to enslave the goyim and establish a Satanic dispensation on earth. This is the agenda behind central banks, globalism, covid & the Communist New World Order.

Most Jews are dupes and would deny it, just as most goyim would deny that most “leaders” in every field are traitors & opportunists who advance this age-old plot to rob humanity of its Divine birthright.

Although the MSM doesn’t report it, there will be no return to “normal.” They say so themselves. Don’t let “antisemite” mind control deter you from confronting this ugly truth. This BIG PICTURE is required to understand the little picture.**

In pre-revolutionary Russia, Jews followed the Talmudic prescription that Gentile property is a “free-for-all” for Jews who, for a fee, are pre-authorized by the town council (“The Kahal”) to finagle it.

“The possessions of the goyim are like an ownerless desert, and everybody [every Jew] who seizes it, has acquired it.” – Babylonian Talmud, IV/3/54b

“Our goal is to gradually absorb the wealth of the world.” – Cecil Rhodes, a Freemason.*

“The word Kahal is Kehillah in Hebrew. It is the local branch of the Sanhedrin in every community where Jews live, through which they are controlled without their knowledge. ” Henry Klein, A Jew Exposes the World Jewish Conspiracy, p. 7

Disclaimer: Why do I, a Jew, expose this information? Because this is not who I am, nor who my family or Jews I know, are. I am the inventor of Scruples, a game based on 1200 moral dilemmas. God is the Moral Order. All human beings have souls capable of hearing the voice of God. Our Duty is to discern God’s Will and Obey. You must be good to feel good.

However, the Masonic Jewish bankers and their Masonic flunkies are engaged in this vile plot to dispossess humanity. It begins with the spirit –morality and truth– and ends in some planetary gulag or nuclear conflagration. I could remain quiet but I believe we were put on earth to serve and praise God. This alarm is an act of love for Jews and non-Jews alike.

In 1869, Jacob Brafman, a Jewish convert to Christianity published a book in Russian about the Jewish communal organization, “The Kahal” which suggests that Organized Jewry conspired against the Gentile population.

Luckily, in Nov. 1881, Mme. Z.A. Ragozin published a thorough account of it in “The Century Magazine” ( Vol. 23 Issue I) under the title “Russian Jews and Gentiles (From a Russian Point of View.)” (This remarkable essay is online.)

Ragozin was a scholar of ancient Near Eastern history who, in the 1880’s, published a half dozen books on the Chaldeans, Persians, Assyrians etc.

The Fight For The Kingdom and Justice For All – The name Israel (Champion of God, or Ruling with God), is a title which was specially bestowed by God Himself upon Jacob, the ancestor of the Israel people. Jacob-Israel had twelve sons, of whom Judah was the fourth. It is obvious, therefore, that Judah was one of the children of Israel, and equally obvious that the other eleven sons could not possibly have been Judah.

We can’t even acknowledge the calamity that has befallen mankind without being “politically incorrect,” an old Communist Party term now in mainstream use.

It makes us nostalgic for that brief shining moment a century ago when the mainstream media could still mention the most pressing issue of all time.

In July 1920, the staid Tory newspaper, The Morning Post published a series of 18 articles saying there has long existed, “like a canker at the heart of our civilization, a secret revolutionary sect, mainly of Judaic origin, bent on the destruction of all Christian empires, altars, and thrones.”

They were later published in booklet form under the title “The Cause of World Unrest” (1920) introduced by H.A.Gwynne. Nesta Webster was one of the contributors. This conspiracy now has materialized in the form of the COVID hoax which is a mask for Communism.

Masonic Jewish Conspiracy – Last Moment of Lucidity Was 100 Years Ago

N.B. Before anyone shouts antisemitism Henry Mokow is Jewish.

After the Bolshevik Revolution, Christian nations briefly stirred in their sleep and recognized that the “Jewish Conspiracy” was not the figment of a bigot’s imagination but rather the key to understanding history, current events, and the human condition in general. 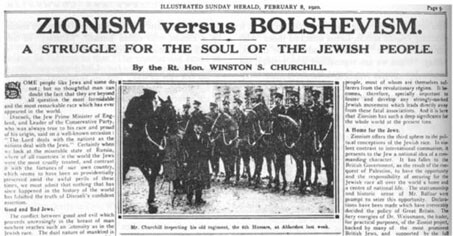 In 1920, no less a figure than Winston Churchill felt emboldened to write:

"From the days of Spartacus-Weishaupt to those of Karl Marx, and down to Trotsky (Russia), Bela Kun (Hungary), Rosa Luxemburg (Germany), and Emma Goldman (United States), this world-wide revolutionary conspiracy for the overthrow of civilization and for the reconstitution of society on the basis of arrested development, of envious malevolence, and impossible equality, has been steadily growing."

Both Zionism and Communism are Right and Left pincers of the same Luciferian conspiracy. Churchill, a paid minion of the Zionist branch, pretended to eschew Communism but collaborated with Stalin.