Make-a-Wish president and CEO Richard Davis made the announcement in a video released last week, stating, “All wish participants, including your wish kid and any siblings, will need to be two weeks past completion of either a one-dose or a two-dose vaccine.”

“This is literally a new low for humanity,” remarked the Twitter user who posted the video. “Terminally ill children will not be granted a wish.. from the make a wish foundation… unless.. you guessed it.. they’re fully vaccinated.”

A two-tier form of discrimination which treats the unvaccinated as second class citizens is already underway in the form of vaccine passports, but to deny critically ill children support because they haven’t taken the jab is particularly cruel.

Responding to the decision, actor Rob Schneider said he would
permanently end his relationship with the Make-a-Wish Foundation. 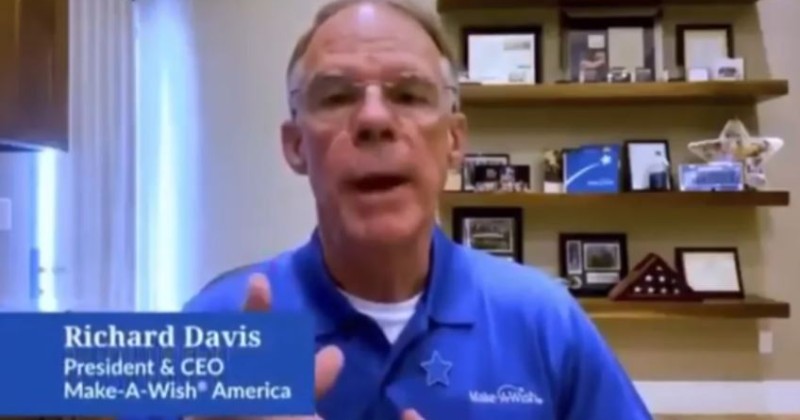 Actor Rob Schneider says he will never work with them again.