Here is the impressive opening salvo in the court filing:

“In recent months, entire states have been imprisoned without due process and with the clear threat to impose such lockdowns again, interstate travel has been severely restricted, privacy rights have been devastated, numerous business takings without compensation, and many regulations being implemented without statutory process requirements under the guise of a health emergency that is roughly as dangerous as a seasonal influenza outbreak. The plaintiffs in this case have all been injured in various capacities by these unconstitutional actions, and without action by the Court, will be left without redress. More terrifying, without action by the Court, the Court will be setting future precedent that will allow states to withhold fundamental Constitutional rights, in violation of US Supreme Court precedent, circumventing the various levels of scrutiny applied to such rights, and justify such actions under public health emergency orders without subjecting those orders to any real review—just trust the bureaucrats because they are the experts.” 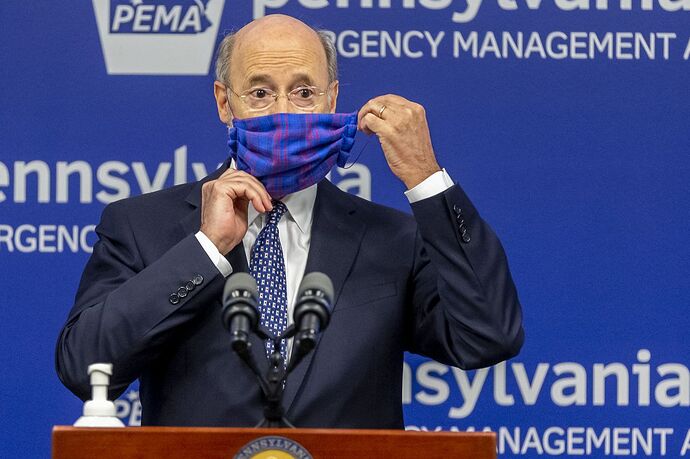 Gov. Wolf is acting like a ‘king’ and his mask mandate is a political...

The two Pennsylvania couples claim they are battling the onset of tyranny. 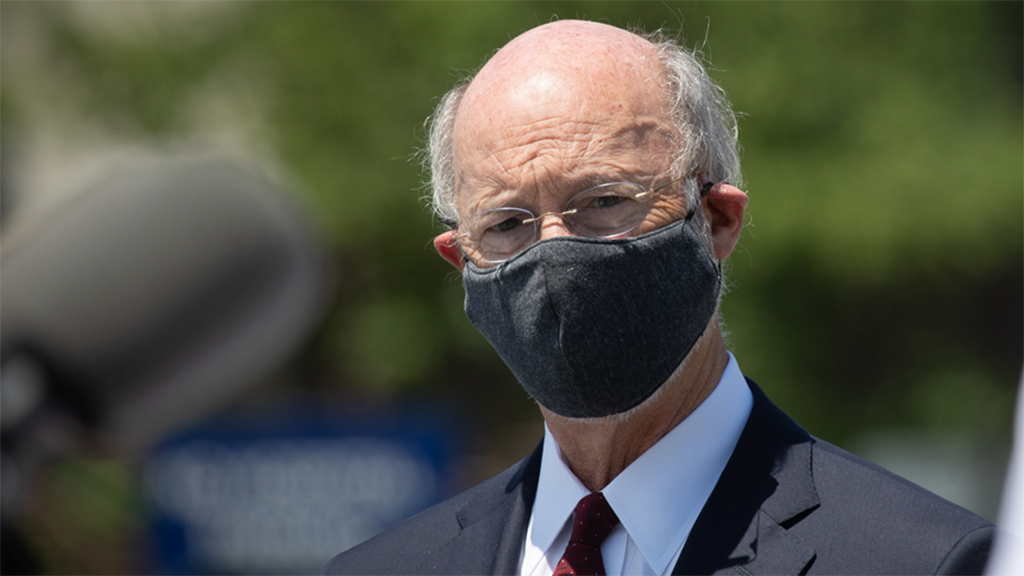 The Wolf administration will try to appeal a federal judge's ruling saying the governor's shutdown orders were unconstitutional.

Mr Wolf (appropriate name) is one of 5 Governors that are responsible for nearly half the covid deaths in the United States, thats murder. https://1.bp.blogspot.com/-Z0LvMEe3rXg/X18KANqxKVI/AAAAAAAAyrI/_X9ZTDy2zvQj7Rs1_W03-fu31R5yBrZLACLcBGAsYHQ/s400/corona%2Bgovernors.jpg
http://aanirfan.blogspot.com/

A surprising ruling from US District Court finds Governor Tom Wolf’s decree that forced people to stay at home, limited the size of social gatherings and ordered all “non-life-sustaining” businesses to shut down to be in breach of the constitution.

In a rare win for the freedom in the days of “the new normal” Judge William Stickman IV sided with the plaintiffs – a collection of small business owners – against the state. And found the measures to be “overreaching and arbitrary and violated citizens’ constitutional rights” .

The state will appeal, of course, but the hope is that this ruling can set a precedent which will limit governmental over-reach and the surge of draconian powers being implemented to (allegedly) “combat the pandemic”.

Certainly, amid the wave of ominous utilitarian preaching in both the corporate and social media, Sticman’s ruling makes for refreshing reading. You can view the whole thing here, but this I will leave you with the best quote, taken from the conclusion:

Even in an emergency, the authority of the government is not unfettered. The liberties protected by the Constitution are not fair-weather freedoms – in place when times are good but able to be cast aside in times of trouble.

There is no question that this Country has faced, and will face, emergencies of every sort. But the solution to a national crisis can never be permitted to supersede the commitment to individual liberty that stands as the foundation of the American experiment.

The Constitution cannot accept the concept of a “new normal” where the basic liberties of the people can be subordinated to open-ended emergency mitigation measures. Rather, the Constitution sets certain lines that may not be crossed, even in an emergency.

Every Judge needs to follow suit. I vote to do away with the Con-stitution and reinstate God's Perfect Royal Laws of Liberty.

I vote to do away with the Con -stitution and reinstate God’s Perfect Royal Laws of Liberty.

Spiro is joined by Attorney Ana Garner of New Mexico. Garner represents her client Isaac Legaretta, an officer at the Doña Ana County Detention Center and a military veteran, who is suing the county over its new policy for first responders to receive the COVID-19 vaccinations or face termination.

Attorney Garner explains the significance of this case and what is at stake, as it is the first of its kind and may set a new standard for legal precedent regarding mandatory vaccination. Garner says she is prepared to take this case to the Supreme Court if necessary.

Spiro and Ana Garner also discuss another case of hers that is ongoing currently. A case that challenges not only the Governor of New Mexico, but the emergency itself.

A detention center officer in New Mexico filed a lawsuit over a workplace requirement to receive the coronavirus vaccine, the first lawsuit against mandatory COVID-19 vaccination in the U.S.

A detention center officer is suing after the county made COVID-19 vaccinations mandatory for employees.

With one pharmaceutical company already receiving emergency use authorization for its COVID-19 vaccine, and a second drug maker apparently on the cusp of receiving authorization, employers, eager to&n

Garner says she is prepared to take this case to the Supreme Court if necessary.