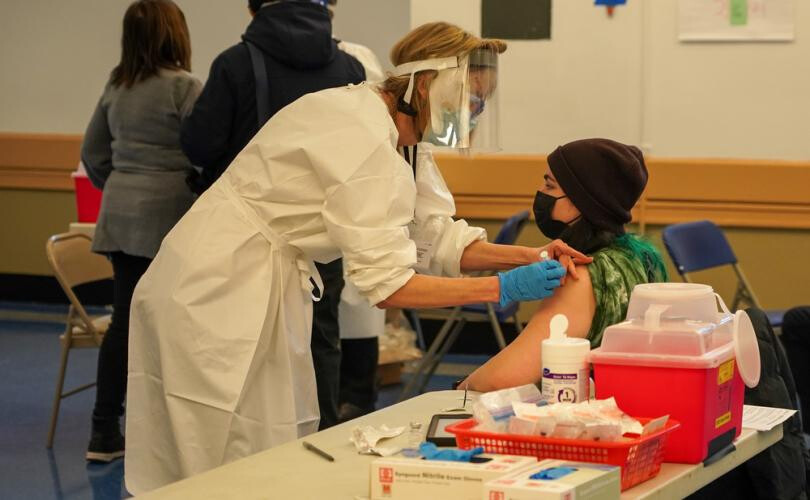 The doctor and consultant wrote that she was ‘struggling’ to understand ‘the failure to report the reality of the morbidity caused by our current vaccination program within the health service and staff population.’

In a strongly worded letter to the British Medical Journal, a London-based consultant has pointed to “unprecedented” levels of staff sickness following the COVID-19 injections, describing the “coercion and mandating” of the injection as reminiscent of a “Nazi dystopia.”

Published April 2 in the prestigious British Medical Journal (BMJ), the letter came from Dr. K. Polyakova, a consultant in London, in response to a BMJ article entitled “Do doctors have to have the COVID-19 vaccine?” The journal did not provide further background for Polyakova.

The original article strongly argued for the widespread uptake of the injections by medical staff, declaring that there was a moral duty to do so in order to safeguard public health, as well as downplaying any concerns which might be raised about the efficacy or safety of the injection.

The blithe tone of the BMJ’s article, and the uniform opinions of the four medics cited, raised concerns for Dr. Polyakova. She wrote that she was “struggling” to understand “the failure to report the reality of the morbidity caused by our current vaccination program within the health service and staff population.”

“The levels of sickness after vaccination is [sic] unprecedented and staff are getting very sick and some with neurological symptoms which is having a huge impact on the health service function. Even the young and healthy are off for days, some for weeks, and some requiring medical treatment. Whole teams are being taken out as they went to get vaccinated together.”

continued at the link.

'I feel absolutely horrendous!' Coronation Street star Will Mellor, 45, reveals he has been left 'aching' and is bedridden after having first dose of AstraZeneca vaccine

Corrie's Will Mellor is left 'aching' after having Covid vaccine

The actor, 45, took to Instagram on Sunday to discuss how he had been feeling after being inoculated with the Oxford AstraZeneca version of the vaccine.