Letter bombings at embassies in Spain REPORT- Investigation underway into letter bombings at embassies in Spain

Further research on the post/thread at Defending-Gibraltar that contains this video: REPORT: Investigation underway into letter bombings at embassies in Spain https://defending-gibraltar.net/t/report-investigation-underway-into-letter-bombings-at-em…

REPORT- Investigation underway into letter bombings at embassies in Spain

An investigation is underway after a series of letter bombs were sent to embassies in Spain. Newsmax's Alex Salvi reports. 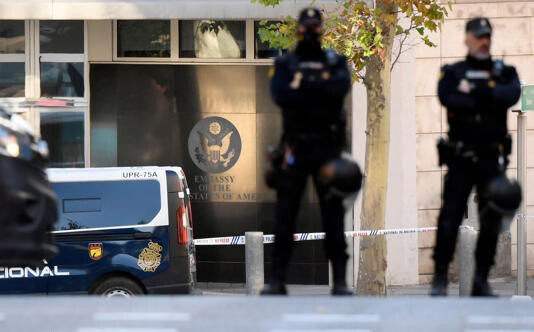 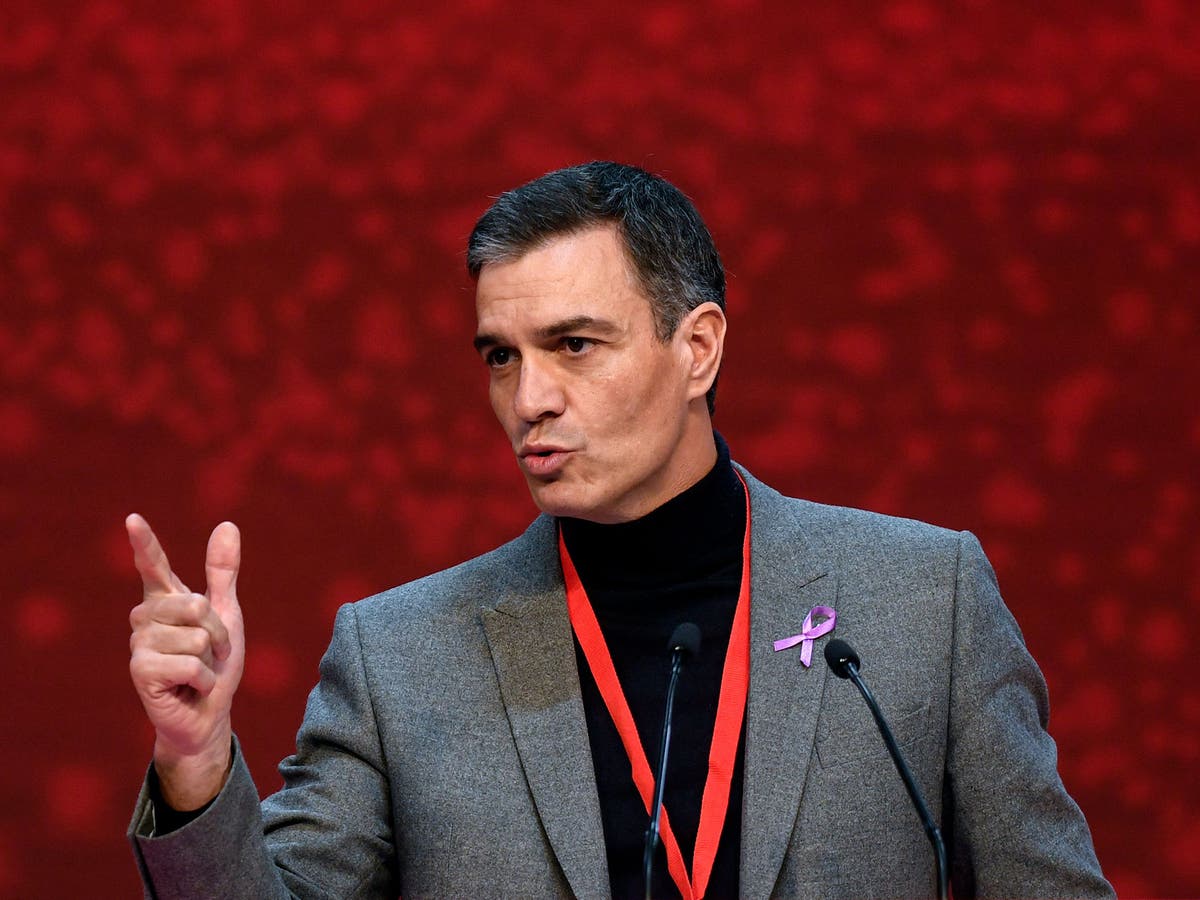 Spanish police detonated a suspicious envelope discovered at the US Embassy in Madrid, hours after authorities revealed that prime minister Pedro Sanchez received the first in a series of letter bombs sent to sensitive sites around the country, some of them related to Ukraine.
Barely 24 hours earlier, Ukraine’s embassy in Madrid was targeted with an explosive package which injured a security guard when opened.

Officials ordered increased security in diplomatic and public buildings shortly before the ministry’s statement, while Wednesday’s embassy package led Kyiv to put all of its consulates around the globe on high alert.

Other letter bombs were delivered to the Ministry of Defence and an air force base in Torrejon de Ardoz outside Madrid on Thursday and Spanish weapons manufacturer Instalaza in Zaragoza on Wednesday.

A government official said that the both the bomb in Zaragoza and the one at the embassy had the same email address written as the sender, according to the Associated Press. No further details were given.

Instalaza manufactures the C90 rocket launcher that Spain has sent Ukraine for its war effort and the air force base.

The Torrejon de Ardoz letter was addressed to the air base’s EU Satellite Centre, which the bloc’s foreign minister Josep Borrell said was playing a strategic role in the Ukraine conflict. Spain’s El Mundo reports that the centre has provided intelligence to Kyiv.

Alarm was first raised after a guard at the embassy was mildly injured in the blast triggered by opening a letter addressed to the ambassador.

The Ukrainian foreign minister Dmytro Kuleba responded by ordering heightened security at Ukrainian embassies worldwide. He also urged an investigation into the attack from his Spanish counterpart.

The Spanish National Court is investigating the blast as a terrorist act and extra security has been placed at the embassy.

Guess who Ukraine and Spain officials are saying did it - one guess - Russia.

What Do We Know About the Spanish Letter Bombs? 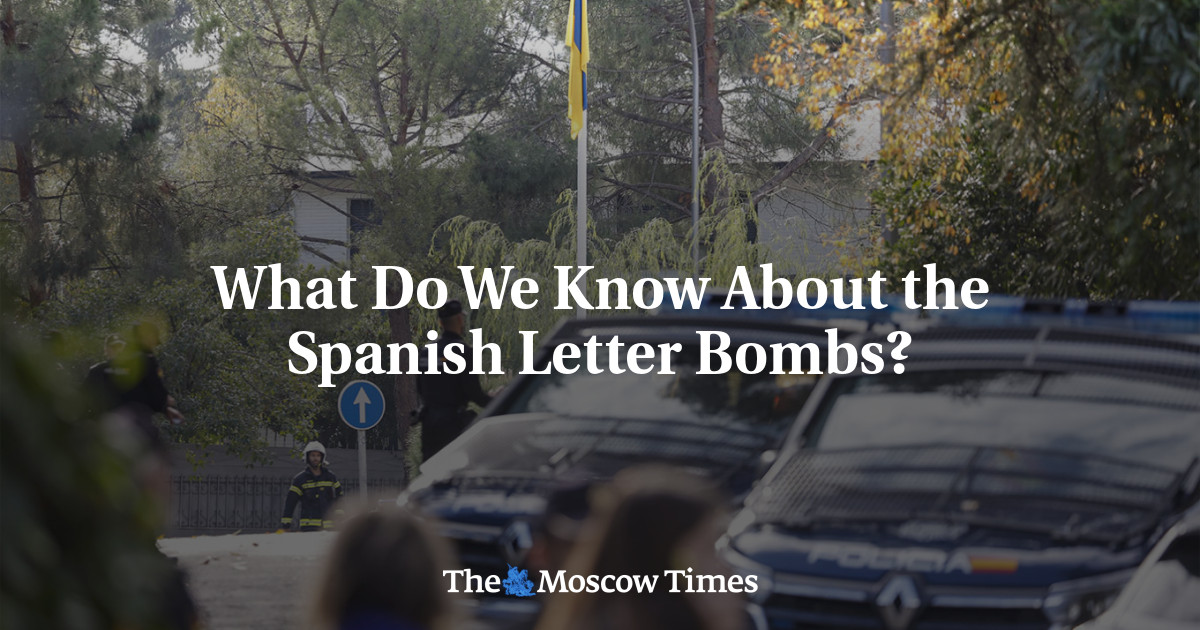 What Do We Know About the Spanish Letter Bombs? - The Moscow Times

Six letter bombs have been sent to high-profile government, military and diplomatic targets in Spain in the past week, prompting authorities to step up security and re-commit support for Ukraine in its nine-month war against invading Russian forces.

Six letter bombs have been sent to high-profile government, military and diplomatic targets in Spain in the past week, prompting authorities to step up security and re-commit support for Ukraine in its nine-month war against invading Russian forces.

Here’s what we know so far:

Who received the letter bombs?

A week later on Nov. 30, a second letter bomb addressed to the Ukrainian ambassador detonated outside the Ukrainian Embassy, lightly injuring a security officer’s hand.

Later that day, the Instalaza arms manufacturing company that had sent more than 1,000 C90 rocket launchers to Ukraine received a third suspicious package.

Three more suspicious parcels were sent to a Spanish air base outside Madrid that houses an EU satellite center, Spain's Defense Ministry and the U.S. Embassy on Thursday.

Was Spain the only location to receive threatening letters — and were they all letter bombs?

The next day, the Ukrainian foreign ministry announced a number of its diplomatic missions in the European Union have received packages containing animal eyes.

The war-torn country's embassies in Hungary, the Netherlands, Poland, Croatia, Italy and Austria, as well as general consulates in Naples and Krakow and the consulate in Brno, received the "bloody" packages, foreign ministry spokesman Oleg Nikolenko said.

"We have grounds to believe that a well-planned campaign of terror and intimidation of Ukrainian embassies and consulates is underway," Kuleba said in Friday's statement.

What did the authorities do?

Spanish national police specialists safely detonated the envelopes suspected of containing explosives at all locations except the Ukrainian Embassy in Madrid.

Spain’s high court has opened an investigation into terrorism.

Spanish Defense Minister Margarita Robles reaffirmed Madrid’s support for Kyiv in the wake of the letter bombs during her visit to Ukraine’s port city of Odesa on Thursday.

Spain has delivered or pledged to supply Ukraine with surface-to-air missile launchers, a battery of six light howitzers, as well as ammunition, body armor and light weapons, according to Reuters.

In addition to sending arms to help Ukraine, Spain is training Ukrainian troops as part of a European Union program and providing humanitarian aid.

Where did the letter bombs come from?

Initial investigations have determined that the first five envelopes had come from Spanish territory, according to Rafael Pérez, secretary of state for security.

Who is to blame?

Ukraine’s Ambassador to Madrid Serhii Pohoreltsev appeared to suggest that Russia had a role in the detonations.

Russia's Embassy in Spain said: "Any threat or terrorist act, especially those that target a diplomatic mission, is to be totally condemned."

Kuleba, without pinning blame on a specific country, said the spate of threatening letters “means they’re afraid of us, they’re trying to stop us.”

The packages, soaked in a liquid with a distinctive colour and smell, were sent to embassies in Hungary, Netherlands, Poland, Croatia, Italy and Austria, a report in Reuters quoted spokesperson Oleg Nikolenko as saying.

The packages were also sent to general consulates in Naples and Krakow and the consulate in Brno and Czech Republic.

The move comes after a series of letter bombs were sent to addresses in Spain including Ukraine’s embassy in Madrid.

ER Editor: Check out this flimsy piece of reporting by Brussels Times, which simply assumes that the nature of the targets must mean Russia is behind the so-called letter bombs. Ditto for Politico. UPDATE: RT [...]

Six explosive packages sent over the last week to different targets across Spain were likely the work of one individual within the country, as opposed to an organized group, according to broadcaster La Sexta, citing authorities investigating the matter.

The TV network says it learned that police have ruled out the involvement of Russian intelligence services, and are working with “certainty” on the basis that it was the work of the same individual.

Yet, without any facts politicians were oh-so quick to blame Russia.

"In addition to there being no evidence of Russian involvement, it is impossible to identify what would be Moscow’s real interest in supporting attitudes like these, which would only harm itself. Most likely this is just another false flag maneuver to move public opinion against the Russians and justify sanctions" - Attacks in Spain: Another Anti-Russian False Flag? - Europe Reloaded

These were both published on Friday 2 Dec. 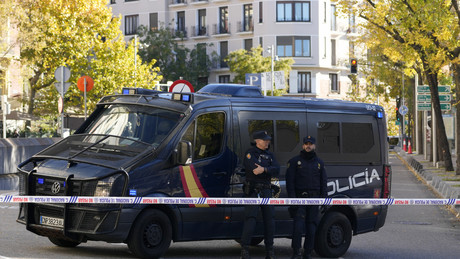 Six shipments of explosives have been sent to the Ukrainian and US embassies in Madrid and Prime Minister Pedro Sánchez in the past few days, the Interior

Six explosive packages sent over the last week to different targets across Spain were likely the work of one individual within the country, as opposed to an organized group, according to La Sexta, citing the authorities investigating the matter.

The TV network says it learned that police have ruled out the involvement of Russian intelligence services, and are working with “certainty” on the basis that it was the work of the same individual.

YET - Speaking to the press on Friday 2 Dec, Spain’s interior minister said he “needed to inform European institutions and member states that these events could be related to the Russian invasion of Ukraine, so they can evaluate what to do and just in case similar incidents happen in other countries.” Spain warns EU leaders that letter bombs ‘could be related’ to war in Ukraine

When do you know a politican is lying?

“we are dealing with a lone wolf with extensive knowledge, well trained and not an organized group”. Spanish police investigators looking into this week’s deliveries of letter bombs to different diplomatic headquarters and authorities across the country, revealed today, Saturday, December 3, that they all originated from the province of Valladolid in the northwest interior. Police sources explained that the authorship of all the shipments seemed to correspond to the same origin. They added that, at the moment, nobody has been identified as a possible suspect or suspects, nor has there been any action requested from the court. Spanish police identify origin letter bombs various locations country Earlier, US and European officials were looking into a far-right militant Russian outfit behind the six letter-bombs sent to high-profile targets

Spain’s National Court said earlier it had charged the 74-year-old retiree with six offences for allegedly sending letter bombs to the country’s prime minister and to the US and Ukrainian embassies in Madrid. An employee at the Ukrainian Embassy was slightly injured while handling one of the letters.

“Inside the house, the investigators found a workshop with tools, welding, metal elements and screws,” the statement said. Preparations were underway “aimed at the manufacture of new devices,” according to the ministry.

Spanish media reported that the suspect had links to Russia, was strongly active on social media and was regarded by authorities as a flight risk.

However, the Spanish interior ministry hasn’t yet mentioned any possible links between the man and Russia. But the possibility of participation or influence of other people has also not been ruled out.