[Good advice for the 22 US Veterans who commit suicide every day?] 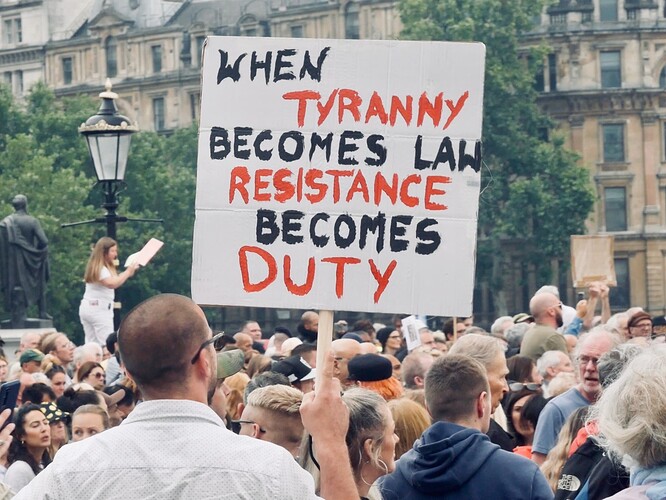 Have you read about that guy in Australia who doused himself and his car in petrol and then struck a match? He was protesting the scamdemic restrictions. An incredibly brave deed and in the most worthwhile of causes. But was it worth it? He’s now maimed for life (assuming he actually survives) and his deed will be played down by the media and political establishment or dismissed as the work of a nutter, to be forgotten in due course.

All of which raises this question: If you’re going to kill or maim yourself in protest at some injustice why not take one or more of its instigators down with you? Let’s say you’re an athlete who’s heart has been destroyed by the jab. You must leave the sport, fame and fortune gone, life not worth living, so you decide on suicide. But why not go down with a bang. Literally. Check out Fauci’s timetable and the next time he leaves his office do a Jack Ruby on him on the understanding that you’ll suffer the same fate at the hands of his security team. Same with the uncountable numbers who committed suicide arising from Oxycontin addiction. Would it not make more sense to do something similar with one of the Sackler family at their next ‘philanthropical’ ceremony? Or a critically-injured vet of the Iraq war administer a similar remedy to Tony Bliar as he receives his knighthood? The opportunities are endless.

Mind you, to all the bots tuned in, I’m not recommending this illegal response. Just asking the question. But on the subject of legality it looks like the organs of the State have effectively abandoned the law in most Western countries. For instance in America the DoJ, FBI and CIA are for all practical purposes criminal organisations, ignoring or actually abetting massive crimes to the point of conspiring to oust a sitting President . Nor do any of our countries have true representative democracies. It’s beginning to dawn on most of us that no matter who we elect the exact same policies get implemented. Nothing changes. To provide just one single example, the rate of Third World immigration continues unabated despite countless election promises to “get it under control”. And there’s no subsequent accountability for such broken promises. Democracy is supposed to be about politicians offering their programmes to the electorate who then will elect their choice. But it becomes a meaningless charade if such electoral promises are jettisoned after the election without consequences. And as we saw with Trump in the 2020 election, if needs be the vote will be blatantly stolen, and the theft endorsed by the courts. Nor do we have that other stable of a legitimate democracy, a free press.

The point being that the current system unjustly stymies the will of the people. Western countries, through a toxic combination of biased media, an unaccountable political class and insidious globalist forces are being systematically destroyed as the people look on either in imposed ignorance or helplessness. As JFK said “those who make peaceful change impossible make violent change inevitable”.