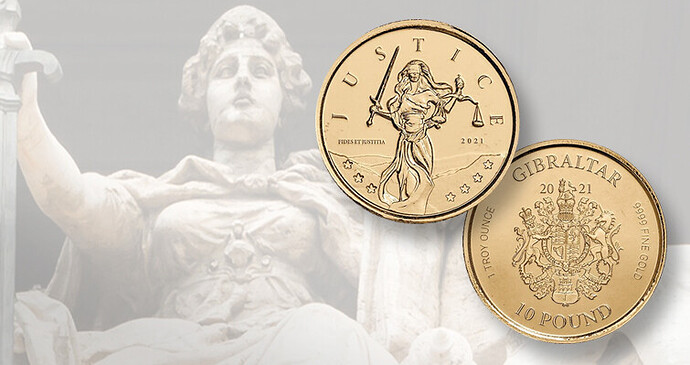 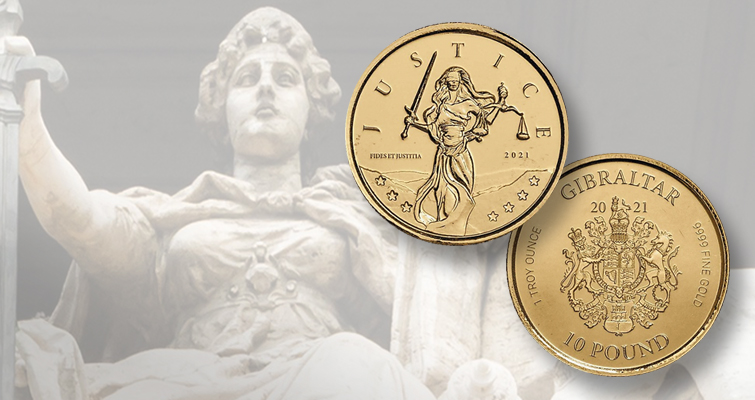 Two new low-mintage 2021 Gibraltar .9999 fine gold coins made by Scottsdale Mint are offered not far above the price of gold and depict Lady Justice: a tenth-ounce £5 coin and 1-ounce £10 coin.

These coins, from Scottsdale Mint, pay homage to the noble ideal of pure and impartial justice.

This is ironic because there is so much injustice in Gibraltar...

This is ironic because there is so much injustice in Gibraltar...

Jeremiah 1:10
See, I have this day set thee over the nations and over the kingdoms, to ROOT out, and to pull down, and to DESTROY, and to throw down, to build and to PLANT.

In The Book of Tephi, there are a number of quotations that relate strongly to The Bible. For example Teia Tephi expands on what Jeremiah wrote in The Bible in this excerpt:-

Book of Tephi 2:2
Tephi, I was but weak, a little thing in men's eyes,
A tender twig of the Cedar, yet sheltered of prophecies.
The Prophet of God revealed this. Is not his speech made plain?
He came to "ROOT and DESTROY". He went forth "to PLANT again".

The Book of Tephi describes in detail the journey Jeremiah took with Teia Tephi, The Lia Fail (Stone of Destiny) and The Ark of The Covenant from Jerusalem to Ireland, via Tanis in Egypt (as in "Raiders of The Lost Ark") then on to Gibraltar (where she was proclaimed queen of the Gadite Israelites who live there); Breogan in Spain; Cornwall and eventually landing at Howth, near Dublin, in Ireland on the 18th. of June 583 B.C. The Book of Tephi

The "lady" on the new coin has her hands full and looks like she could use some help.