La Linea’s message to treaty negotiators: “Think of the people” 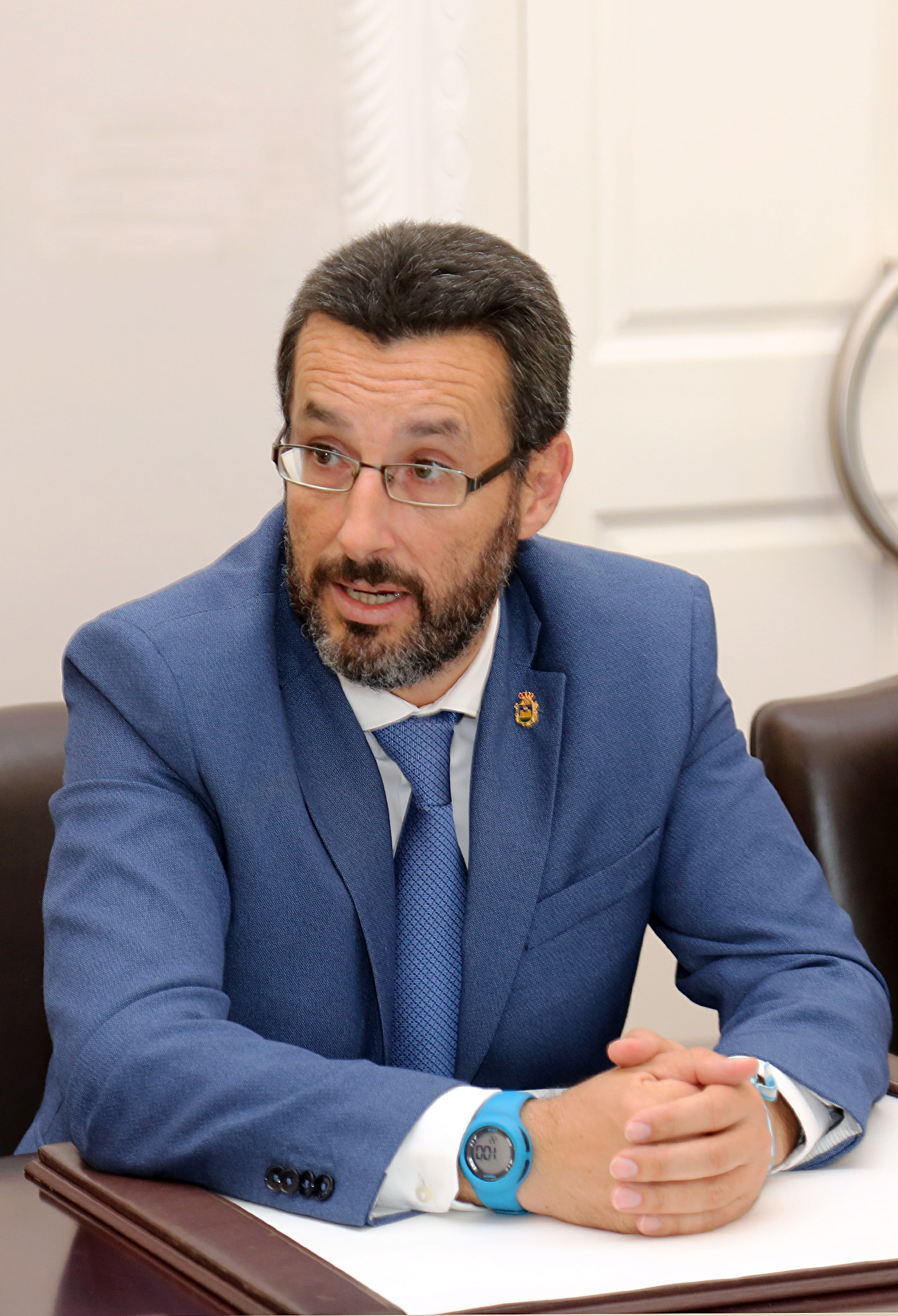 La Linea’s message to treaty negotiators: “Think of the people”

By Maria Jesus Corrales With the next round of negotiations on Gibraltar’s future relationship with the European Union due to take place in September, La Línea’s mayor, Juan Franco, has sent a clear message to negotiators: “Think of the peo...

With the next round of negotiations on Gibraltar’s future relationship with the European Union due to take place in September, La Línea’s mayor, Juan Franco, has sent a clear message to negotiators: “Think of the people.”

Mr Franco, whose La Linea 100x100 party holds an overwhelming majority in La Linea’s city council, has long called for measures to ensure continued cross-border fluidity that is vital to the livelihoods of many people on both sides of the border.

He wants the negotiating teams engaged in talks for a treaty on Gibraltar’s future relations with the bloc to hold that thought at the forefront of their minds as they reconvene.

“I am asking the negotiators to think of the 100,000 people who live in La Línea and Gibraltar, who have so many bonds between them, and to avoid taking illogical decisions,” he said.

The least he expects from the talks, he added, is that the cities’ situations remain the same as now, side-stepping any further complications to cross-border travel and relations in general.

In a wide-ranging interview with the Chronicle, Mr Franco also raised his oft-repeated criticism of Madrid’s response to Brexit, citing the lack of measures specifically designed to support La Línea de la Concepción, “the only city on the continent of Europe which marks the border with a Brexit territory”.

This despite the fact that, for years, he has persistently highlighted Brexit’s negative effects on his city.

It is the lack of precisely these measures to mitigate Brexit’s effects that have placed La Línea in a vicious circle, he said.

When attention has been paid by the Spanish Government, it is focused on the wider Campo, not La Linea, and the core issues facing the border city are quickly blurred by the interests of other neighbouring municipalities.

“Dialogue with the Mancomunidad de Municipios has led to more claims [for funding and support] being raised [with the central government], very fair demands for the Campo de Gibraltar, but nothing to do with Brexit,” Mr Franco said.

The fact that applications for funding act as an invitation to other municipalities to “jump on the bandwagon”, united around a historical lack of interest or care from the upper echelons of the Spanish government, be it at Junta or national level, has forced the La Línea administration to try to forge its own path forward, in a bid to transform the city of La Línea de la Concepción into an Autonomous City, similar to Ceuta or Melilla.

The city is currently on the first steps of a long and tortuous path to that goal and awaits a reply from the Spanish government as to whether its citizens can make their opinion known via a popular vote on the contentious issue.

Furthermore, the municipal council’s lawyers have been ordered to draft a legal opinion on whether holding the vote would be legal.

Mr Franco feels that La Línea’s problems, such as the absence of critical public infrastructure, the debilitating effects of the drugs trade on the economy, and Brexit, have failed to elicit the necessary responses from the Junta de Andalucía and the national government, targeted measures with clearly defined aims to assist a city that is facing great challenges with scant resources and powers.

He gave, as an example, the fight against the drug smuggling gangs.

“There is a lot of effort on the parts of the police and security forces, but nothing is being done about the social issues” which led people to crime in the first place, he said.

“I want to make clear that my demand [for the city’s autonomy] is not a fight against anyone, not the Partido Popular or the PSOE, but it is a fight against whoever is in power because we need assistance.”

“I have nothing against Gibraltar,” he added, saying that he hoped to transform La Línea into a complementary economy to Gibraltar’s.

• A regime of financial and economic incentives for government and medical professionals to attract them to work in La Línea and improve the services the city can provide its inhabitants;

• A greater element of support for the 11,000 people who live in the city, but cross the border to work, with a focus on ensuring fluidity at the border and a mechanism to facilitate pension contributions; and

• A tax regime that will attract outside investment to the city, a tailor-made solution that “can really solve our problems and, legally, can be done” within Article 107 of the Treaty of the Functioning of the European Union, which provides for aid for territories with high unemployment or poor economic development.

But there was sense too that the drive for this new status was as much about highlighting the city’s challenges as it was about actually achieving it.

With the legal opinion being drafted by the city council’s lawyers, Mr Franco was asked if he believed if La Línea would achieve Autonomous City status.

“I don’t think so,” he replied, “because there isn’t the political will from the other administrations [of government]. Other alternatives exist, though.”

The problem, at its heart, is that “people do not understand our problems.”

“We are accused of being collaborators, but nobody understands our symbiotic relationship with Gibraltar,” he said.

And the worst of it all?

“These last six years, we should have been talking with Gibraltar, discussing all manner of subjects, and we have not been able to progress on anything thanks to Brexit,” he added.