‘Kurz must go’: Austrians lash out at govt as thousands of anti-lockdown demonstrators march through Vienna (VIDEO)

‘Kurz must go’: Austrians lash out at govt as thousands of anti-lockdown...

Austria’s Krone newspaper reported that around 15,000 people attended the Saturday rally. Demonstrators held placards reading “Kurz must go” as they chanted slogans calling for the resignation of Chancellor Sebastian Kurz.

What about Der Fuehrer Picardo must go?

And don’t forget Sieg Heil “Dr. Death” Bhatti (with Bats in his belfry) as well.

Sieg Heil Bhatti and the Nuremberg Code. The Nuremberg Code (German: Nürnberger Kodex ) is a set of research ethics principles for human experimentation created as a result of the Nuremberg Trials, at the end of the Second World War. Sieg Heil Bhatti needs to be sued personally for healthcare-fraud and compensation, for every penny that he has caused people and businesses to lose, through his stupid, arrogant Nazi attitude and fascist advice. The Nuremburg Code, after WW2 and the trials of th…

Fascinating Times . . . And a government at war with present time reality Covid-19 Plandemic

"We live in fascinating times, in which the emperor has somehow lost his clothes and cavorts naked before us. Eventually the penny will drop that we see him. In the meantime, it is quite something to witness the spectacle of a government evidently going insane in front of our eyes. Whether they are motivated by subversive intent, or simply driven by mind-boggling stupidity, we yet find ourselves governed by a clique whose hidden allegiances have yet to be fully revealed. But the LEGAL remov…

truckers are trucking against their governments 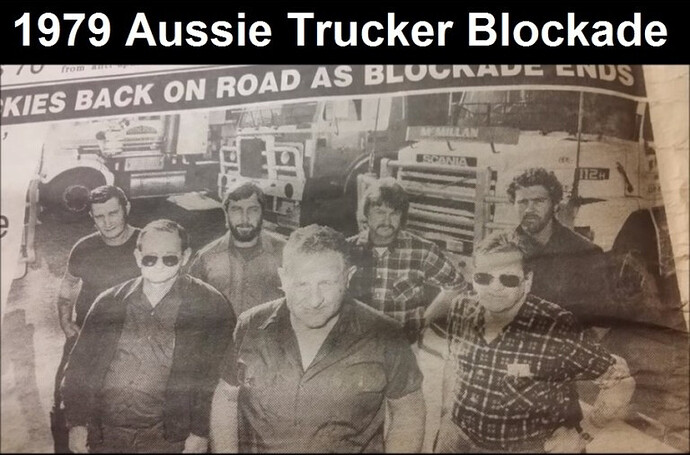 The stakes are much higher this time, but Aussies are hoping that a planned trucker blockade that is beginning Monday, August 30th, demanding “a guarantee from federal and state governments that there will be no mandated vaccine, and that no person, company or business can force anyone to get a vaccine to work, or go about their daily life in general,” will be as successful as the 1979 Truckie Blockade where truckers demanded an end to high road taxes. 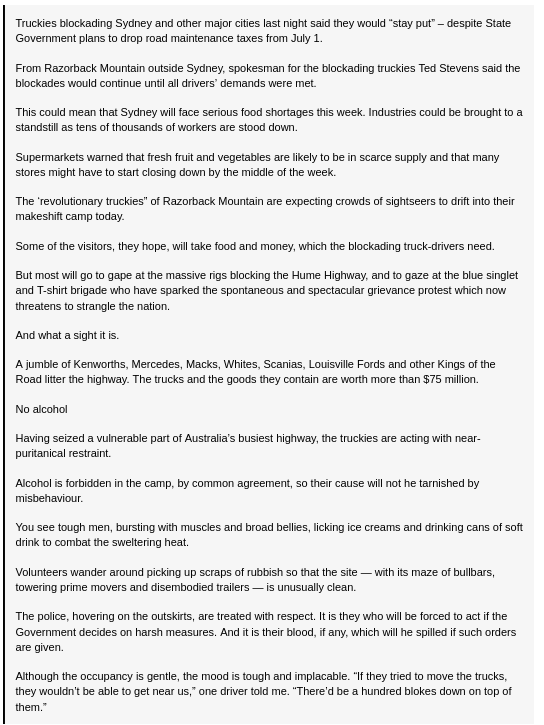 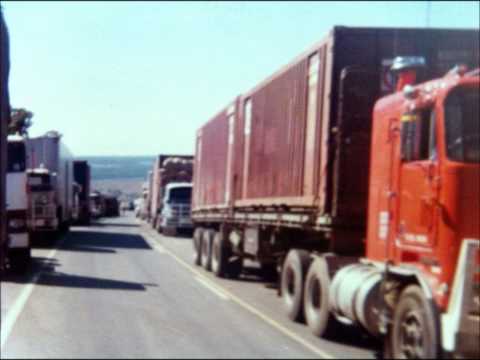 Many truck drivers have gone on social media to talk about the blockade to take back Australia from medical tyranny over COVID and mandatory COVID vaccines that are about to be launched as this article is being published.

A video report I put together last week has already been viewed by over a quarter of a million people on the Health Impact News network
https://healthimpactnews.com/2021/aussies-hoping-for-a-repeat-of-1979-truckie-blockade-when-the-government-backed-down-to-truckers-demands/