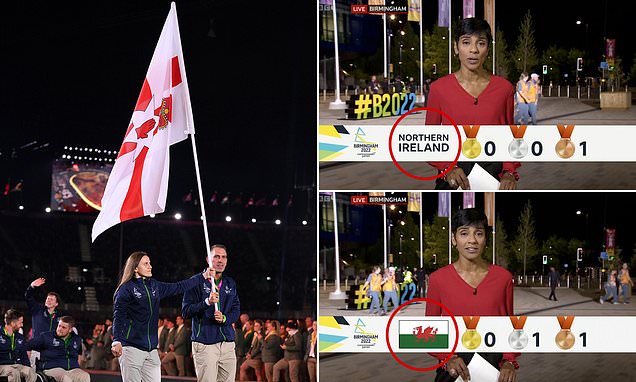 BBC apologises for not showing Northern Ireland flag in coverage

Every UK country apart from Northern Ireland had their flag shown during a broadcast by BBC presenter Reeta Chakrabarti.

Japan’s government resigns in its entirety 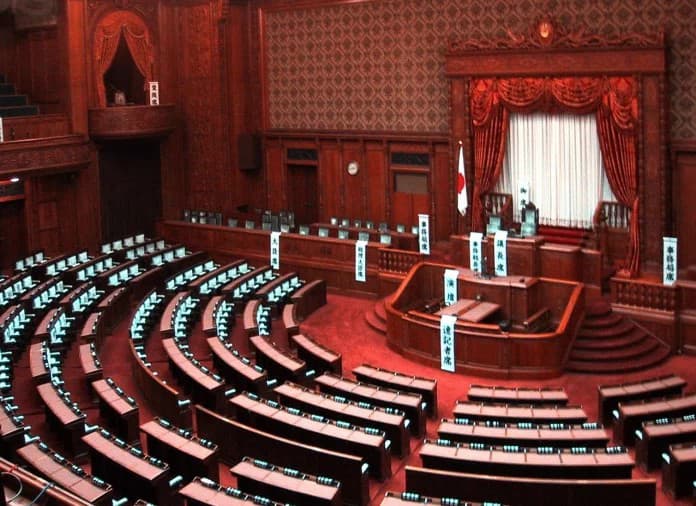 A special Cabinet meeting began at 11:30 local time. It is expected that soon it will become known about the new composition of the Japanese government under the leadership of Prime Minister Fumio Kishida, Pledge Times reported.

The desire to renew the composition of the Japanese government was announced last fall. Then Kishida declared that the country’s leadership needed to “meet face to face with public opinion.” At the same time, the head of Japan’s main opposition force, the Constitutional Democratic Party, Yukio Edano, stressed that “a change in the entire government is needed since the LPD will not change.”

Kishida was confirmed on October 4, 2021, by a majority vote as the Prime Minister of Japan. Now in the lower house of the Japanese Parliament, out of 465 seats, 305 belong to the deputies of the ruling coalition as part of the LDP and its partner, the Komeito party.

Originally, the government reshuffle was supposed to be carried out in early September, but now due to the mention to accelerate the promotion of his economic concept of “new capitalism”, the need to take action due to rising food and fuel prices, and in order to prepare in advance for the session of parliament, the prime minister decide to speed up the reshuffle process in the government

Fumio Kishida led his ruling party to victory in an upper house election last month, days after Abe was shot dead by a man resentful of the Unification Church.

Since then, as the public scrutinises the church’s ties with Japanese politicians and Kishida’s handling of the economy, approval ratings for the government have tumbled.

They fell 13 percentage points in three weeks to 46 percent, according to a poll published Monday by public broadcaster NHK, while another survey by the Yomiuri Shimbun daily showed a drop of eight points from July to 57 percent.

Political veteran Yasukazu Hamada was named defence minister — a key role given Kishida’s pledge to ramp up the defence budget to counter growing threats from China and North Korea.

Kishi also recently vowed to “thoroughly review” his links to the Unification Church, after acknowledging that church members had served as campaign volunteers

Since Abe’s death a month ago, Japanese media has revealed that many ruling lawmakers — especially those in Abe’s faction — received similar assistance from Unification Church members, something the group says followers only do as private citizens.

The organisation founded in Korea in 1954, whose followers are colloquially known as “Moonies”, has confirmed that the mother of the man suspected of killing Abe was a member.

She reportedly declared bankruptcy after making donations of around 100 million yen ($1 million at the time) to the church. The public is also split over Kishida’s decision to hold a state funeral for Abe, Japan’s longest serving prime minister whose nationalistic stance was divisive.

Japan's Government Resigns in its Entirety Japan's Government Resigns in its Entirety

Read the post/thread at Defending-Gibraltar that contains this video: Juzzz News https://defending-gibraltar.net/t/juzzz-news/3504/23?u=dg-truther-videos Come, View, Join, & Post your own VIDEOS, Video Links, or Truther Articles. This video is... 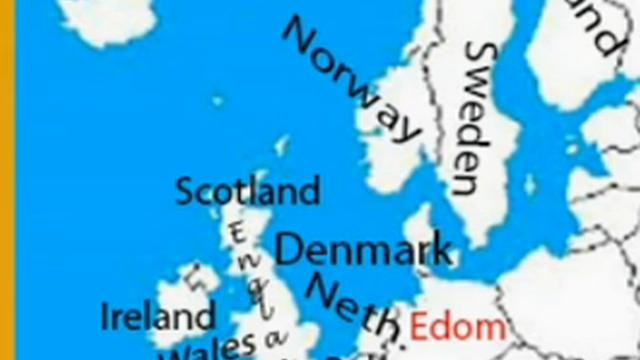 Read the post/thread at Defending-Gibraltar that contains this video: Juzzz News https://defending-gibraltar.net/t/juzzz-news/3504/25 Come, View, Join, & Post your own VIDEOS, Video Links, or Truther Articles. This video is not necessarily the… 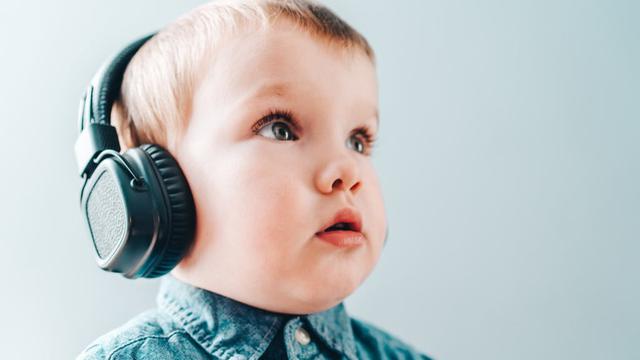 A short musical memo dear gentile ... below is the link mentioned in the video to which I come to understand that I would be shortening you for not leaving it. I am a servant and no amount of shortages will change that, may the Lord find you and con… Read the post/thread at Defending-Gibraltar that contains this video: Juzzz News https://defending-gibraltar.net/t/juzzz-news/3504 If you CAN handle the truth, View, Join, & Post your own VIDEOS, Video Links, or Truther Articles. This video is... 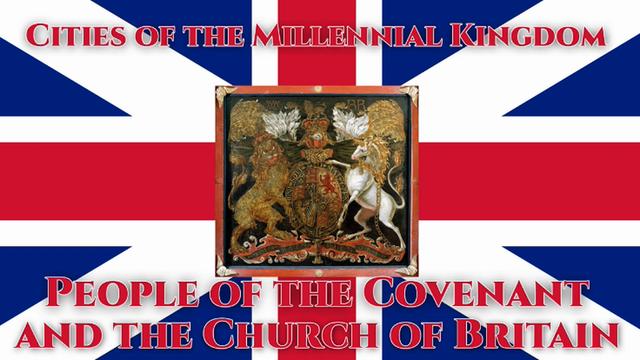 Read the post/thread at Defending-Gibraltar that contains this video: Juzzz News https://defending-gibraltar.net/t/juzzz-news/3504/29 If you CAN handle the truth, View, Join, & Post your own VIDEOS, Video Links, or Truther Articles. This video... 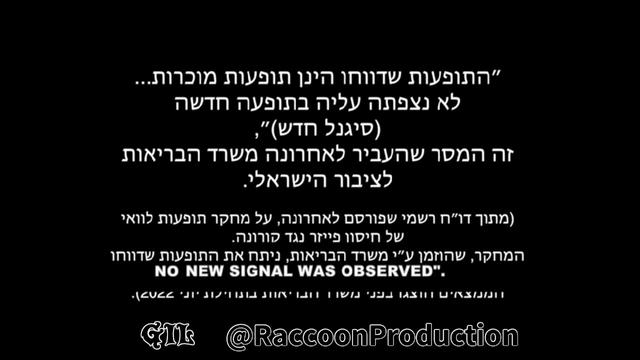 Israeleak No 4 - Israel Found Serious Safety Porblems With The Covid Jab Then...

In contrast to the researchers' findings and conclusions presented to them – the IMoH blatantly claimed in the report that there were NO NEW SIGNALS found in the study that are not already known. 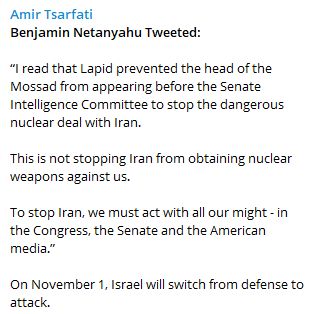 @
Benjamin Netanyahu: I read that Lapid prevented the head of the Mossad from appearing before the Senate Intelligence Committee to stop the dangerous nuclear deal with Iran. This is not stopping Iran from obtaining nuclear weapons against us.

Some Israelis Are More Scared of Netanyahu Than Iran

In 1992, a young member of Knesset, Benjamin Netanyahu, startled the Israeli public with a warning that Iran — a dictatorship pledged to the destruction of the Jewish state — was “three to five years” from attaining a nuclear weapon. He left to the public imagination what disaster would follow. It was an opportunity for him to present himself as a savior, the man who saw the future and wasn’t afraid to face it.

Today, 30 years later, Netanyahu is still recycling updated versions of his warning. It will almost certainly be the theme of his campaign in the upcoming Israeli election, where he hopes to return to power as head of the right-wing Likud party. This week he accused Prime Minister Yair Lapid and Defense Minister Benny Gantz, his main opponents, of “falling asleep on their watch, and allowing Iran to reach an agreement that endangers our future.”

The agreement in question is the Joint Comprehensive Plan of Action, the deal Iran struck in 2015 with world powers to restrict Tehran’s nuclear program. Former President Donald Trump withdrew the US from the pact, but the Biden administration is seeking to revive the deal, opening a path for Iran to become a threshold nuclear state within a few years.

Yet stoking Israeli fears of a direct Iranian attack no longer looks like a dependable path for Netanyahu and his allies on the right.

Once, Israel dreamt of wiping out the Iranian nuclear program with military strikes, just as the country had destroyed nuclear sites in Iraq in 1981 and in Syria in 2007. In 2010, Bibi, as Netanyahu is widely known in Israel, and his hawkish defense minister Ehud Barak began seriously planning such a strike against Iran. Their plan was shelved after the army’s senior command informed them success couldn’t be fully assured.

Today, any such plan would be absurd. Iran’s nuclear program is scattered throughout the country and buried underground. Unlike the Iraqis and the Syrians, Iran has the scientific and technological ability to rebuild. And the entire world, including the US, would condemn such a move as destabilizing. Iran has oil, and these days oil talks.

There is a segment of the Israeli public that still believes Netanyahu has a magic ability to wipe out the Iranian nuclear project. Bibi knows it isn’t true, but he encourages the delusion.

He is all too willing to whip up voters with apocalyptic “never again” scenarios. It isn’t too hard for Israelis, who have experienced conventional missile attacks by Iranian proxies in Gaza and Lebanon, to imagine what Iran’s leaders might do with a nuke. This fear is ingrained in some people and Netanyahu knows how to activate it.

But not everyone is susceptible to Bibi’s rhetoric. His decades of warnings of Iranian menace have desensitized some people to his message. Netanyahu’s opponents won’t hesitate to assert that Bibi’s unbending us-against-the-world hardline is out of touch with reality.

This opposition case was on display in a recent televised roundtable discussion on post-JCPOA Iran. Two of the participants were former military chiefs of staff who had served under Netanyahu. Two were ex-ministers of defense in Bibi governments. One, Gantz, had held both jobs. None was a Bibi supporter, a point they readily acknowledged (Gantz is the head of a centrist plank in the November election).

The five participants were in accord: None liked the JCOPA (“it’s full of holes,” said Gantz) but all agreed that it was destined to be a regional fact of life that Israel would have to deal with. They shared a high degree of confidence that the military could cope with whatever threats nuclear Iran presented.

To bolster the point, Gantz invoked President Joe Biden’s pledge, made in July during his visit to Israel, that he would use force against Iran “in the last resort.” This amounted to a departure from Israel’s historic defense doctrine that it will fight its own battles without outside intervention. Surprisingly, none of the generals disagreed.

There was also a surprising consensus that Iran shouldn’t be at the top of Israel’s defense priorities. A bigger concern, according to the panel, was the polarized state of the nation. One by one, without mentioning any names, the participants pointed to the lack of solidarity and the decline they perceive in social resilience and patriotism under Netanyahu’s long and divisive reign.

Former Prime Minister Barak summed it up: “All living chiefs of staff, almost all living heads of the Mossad and all living Shin Bet chiefs would agree, all the people who are, or were, at the head of the security apparatus, understand today that there is a more serious threat to the future of the State of Israel than from Iran, Hezbollah or Hamas.” That threat, Barak clearly intimated, with nods from his fellow panelists, would be the return of Bibi Netanyahu and his polarizing, man-of-destiny brand of leadership, to the prime minister’s office. Is Israel preparing to attack Iran

Is Israel preparing to attack Iran

Read the post/thread at Defending-Gibraltar that contains this video: Juzzz News https://defending-gibraltar.net/t/juzzz-news/3504If you CAN handle the truth, View, Join, & Post your own VIDEOS, Video Links, or Truther Articles. This video is n… 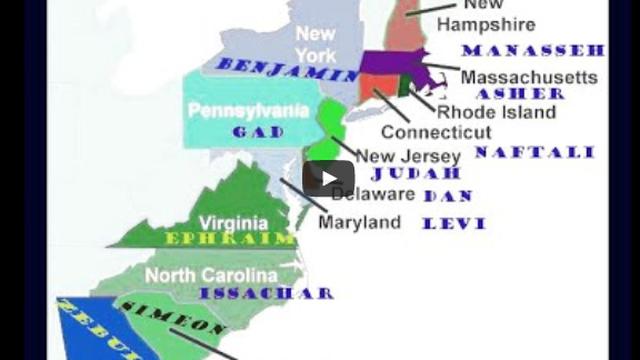 US of Israelite Tribes

Read the post/thread at Defending-Gibraltar that contains this video: Juzzz News https://defending-gibraltar.net/t/juzzz-news/3504/33 If you CAN handle the truth, View, Join, & Post your own VIDEOS, Video Links, or Truther Articles. This video...

US of Israelite Tribes 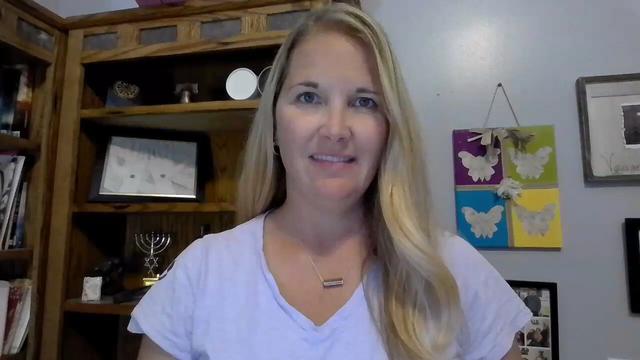 Read the post/thread at Defending-Gibraltar that contains this video: Juzzz News https://defending-gibraltar.net/t/juzzz-news/3504 If you CAN handle the truth, View, Join, & Post your own VIDEOS, Video Links, or Truther Articles. This video is… Read the post/thread at Defending-Gibraltar that contains this video: Juzzz News https://defending-gibraltar.net/t/juzzz-news/3504 To survive what is coming, read/study: https://thewayhomeorfacethefire.net This video is not necessarily the vie…

Fake Judah need real Judah to survive and any talk of The Stone from their angle is and will always be for their own gain.

Hopefully Trump will give The Throne to Christ.

Jacob Rothschild: “It was the greatest event in Jewish life for thousands of years, a miracle… It took 3,000 years to get to this.” — “It was the most incredible piece of opportunism. You had an impoverished would-be scientist, Chaim Weizmann, who somehow gets to England, meets a few people, including members of my family, seduces them, he has such charm and conviction, he gets to Balfour, and unbelievably, he persuades Lord Balfour, and Lloyd George, the prime minister, and most of the ministers, that this idea of a national home for Jews should be allowed to take place. I mean it’s so, so unlikely.” 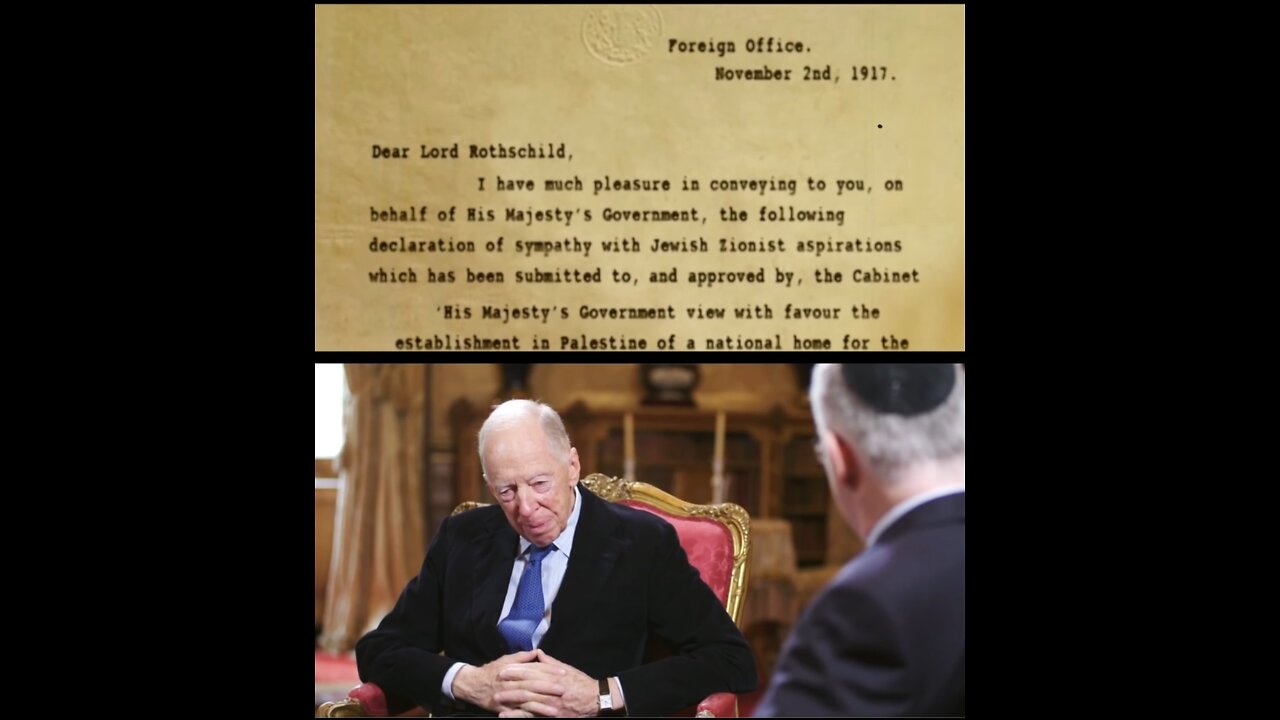 Jacob Rothschild Admits His Family Was Involved In Creating Israel

—BQQM — Jacob Rothschild Admits His Family Was Involved In Creating Israel. Jacob Rothschild: “It was the greatest event in Jewish life for thousands of years, a miracle… It took 3,000 years to get to