Juan Franco sets out La Linea’s challenges: ‘We have a huge problem’ 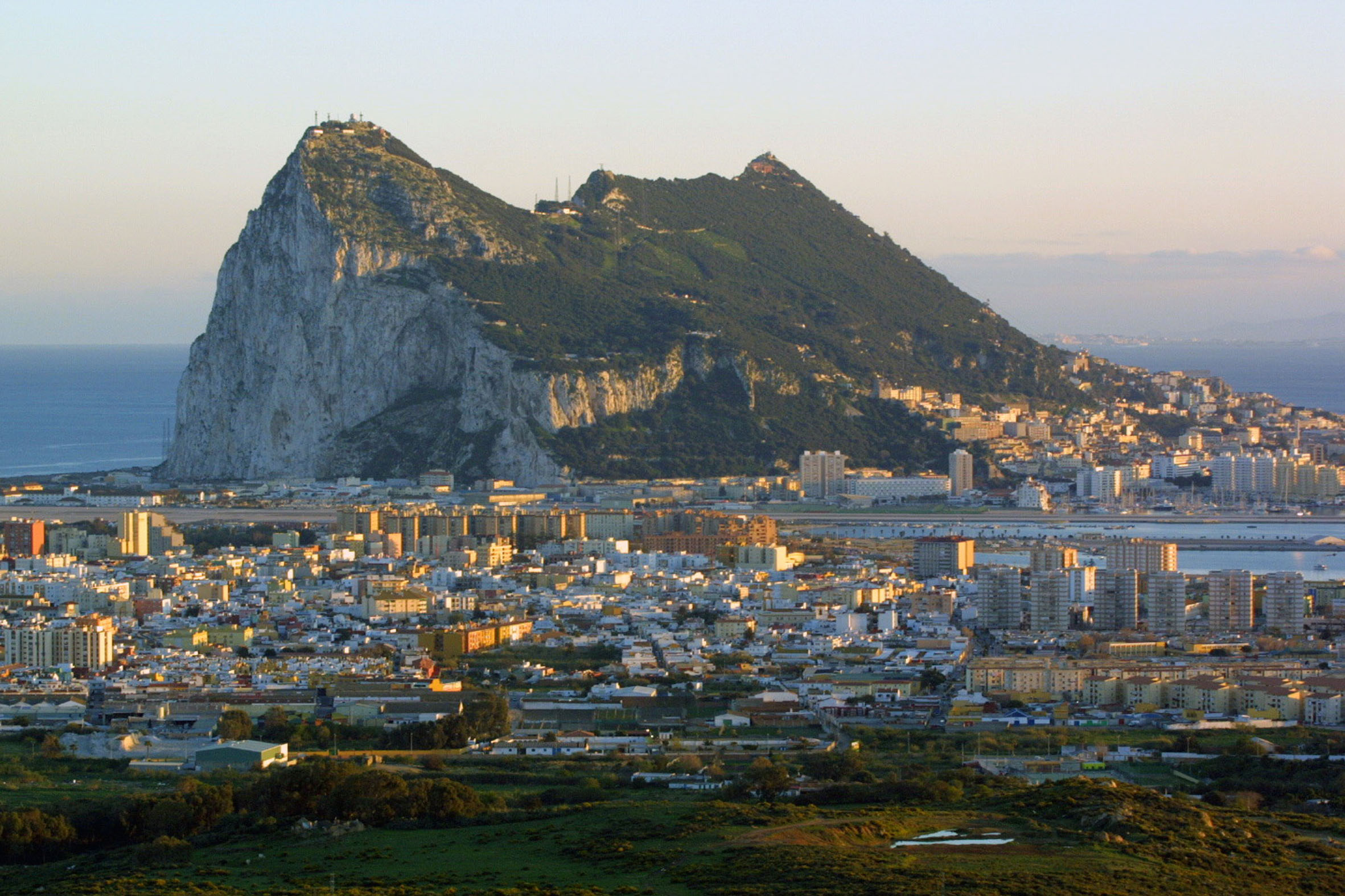 Juan Franco sets out La Linea’s challenges: ‘We have a huge problem’

Juan Franco, the mayor of La Linea, lamented recently that six years after Brexit, the Spanish Government had yet to deliver “a single measure” to address the difficult circumstances faced by Gibraltar’s nearest neighbour. In a fiery interve...

Juan Franco, the mayor of La Linea, lamented recently that six years after Brexit, the Spanish Government had yet to deliver “a single measure” to address the difficult circumstances faced by Gibraltar’s nearest neighbour.

In a fiery intervention during a council meeting in La Linea last week, Mr Franco, whose independent party La Linea 100x100 enjoys an overwhelming majority, said the impact of Covid-19 and the cost-of-living crisis in Gibraltar was having a knock-on impact in his city.

The uncertainty of Brexit was further exacerbating that situation, he said.

He was speaking during a debate on the council’s proposal to hold a popular vote on a bid to become an autonomous city on similar terms to Ceuta and Melilla, both of which enjoy special fiscal leeway aimed at helping attract business.

“We have a huge problem,” Mr Franco said, adding he was receiving reports of many redundancies among La Linea’s cross-border workforce “…because the economic crisis has also reached [Gibraltar], there is inflation there too and there was a pandemic there also.”

“And in the face of this, we have nothing from the Government of Spain,” Mr Franco said.

“[La Linea is] the only municipality in the whole of continental Europe with a Brexit border and there has not been a single special measure since June 23 in 2016.”

“Six years have elapsed and this [situation] is just the beginning.”

Barely able to contain his frustration as he addressed Juan Chacon, the PSOE spokesman in La Linea, Mr Franco railed against comments made by Maria Jesus Montero, Spain’s treasury minister, during a recent visit to Algeciras.

Ms Montero had described La Linea’s proposal to become an autonomous city as “a bid for independence”, which Mr Franco insisted it was not.

She contrasted her criticism of the proposal with the unity shown in Spain toward the central government’s response to the Russian invasion of Ukraine.

An impassioned Mr Franco reeled off a list of challenges faced by citizens in La Linea which, he said, had nothing to do with Russia’s invasion of Ukraine.

“What does Putin have to do with the fact that we are begging, begging, for a special tax regime for this city, so that companies stay here and generate wealth here?” he asked.

Mr Franco later highlighted how Ceuta had enjoyed some success in attracting Gibraltar-based gaming businesses who have established operations there in order to tap the Spanish market.

He believes that granting autonomous city status to La Linea would allow it to tap business similar opportunities given its proximity to Gibraltar.

La Linea’s city council already has legal advice from in-house counsel that the public consultation could be conducted within the law.

But against the backdrop of official silence from the central government, it is pressing for confirmation that it can legally seek the views of La Linea’s citizens on the proposal.

The city council argues that Art.144 of the Spanish Constitution allows for the creation of small autonomous administrative bodies when the national interest requires it.

Art.144 allowed both Ceuta and Melilla to become autonomous, and La Línea 100x100 believes that it would serve the national interest for La Línea to do so too as it borders Gibraltar.

“This isn’t a question of emotions, it’s a question of setting out a territorial solution to the problem that we have, one that is permitted by the [Spanish] constitution,” he said.

“Why do we want to recover the prodigal son [meaning Gibraltar] but not look after the one at home that is dying of hunger?”

After the Brexit vote in 2016, the Spanish Government produced a document, the “Plan Integral para el Campo de Gibraltar”, setting out initiatives aimed at strengthening economic activity in the area.

But Mr Franco described the document as “a joke” and complained, among other aspects, that it included the creation of a logistics freezone in Los Barrios that was now trying to attract Conservas Ubago, “the only strong business we have” in La Linea.

Mr Franco said La Linea had been condemned by successive governments in Madrid “for the simple fact of being a border with Gibraltar”.

“They see us as collaborators…but what they don’t see is that we work there [in Gibraltar] because we have no other choice, because there are no resources for development,” he said.

“Only one out of every three linenses work in this city.”

“[Of the remaining two] one works in Gibraltar and the other is unemployed.”

“That’s what we’re left with if we give up, which is what you want, but which we’re not going to do.”

GIBEXIT-ON OR OFF? WHILST LA LINEA SUFFERS

*Moving on from corruption in the news quiet month of August*Silence on Gibexit talks, none scheduled in August*La Linea Mayor angrily scolds Spain’s Central government*Uncertainty over Gibexit ‘de…

MOVING ON FROM CORRUPTION
Let us turn our attention to other matters, now that the subject of corruption is clearly shown to be one that featured in the GSLP-Liberal election manifestos of 2011, 2015 and 2019, yet on which they have failed miserably to deliver.

That said it is August, so it is quiet times whilst people await developments on the Gibexit talks.

No progress on those talks can be expected this month, especially as no meetings are scheduled between the UK and the EU to develop matters. It is the month in which the EU all but closes down.

It is an anger that is not yet reflected in Gibraltar, but many businesses are suffering adverse consequences already. Many English residents up the coast who came regularly to shop no longer do in view of the passport stamping saga at the border.

The situation will not improve whilst the uncertainty over whether a Gibexit ‘deal’ over Gibraltar’s relationship with the EU will be reached between the EU and the UK continues. Any such arrangements will have to be acceptable to Gibraltar and Spain.

Rumour in ‘informed press circles’ in Spain is negative on the chances of a Gibexit ‘deal’ being reached.

The GSLP-Liberal Chief Minister, Fabian Picardo, continues to express optimism publicly. Rumour has it, however, that privately whilst one day there is optimism, on another there is just depression.

Us normal individuals can only wait and see. We have the vote but not the entitlement to know much about such a fundamental issue that can affect all of us.

In the meantime, we have Snr. Franco publicly admitting to the huge problems that his town La Linea faces. Snr. Franco had an angry exchange at a meeting of the town council last week.

He said that in the six years since Brexit the Spanish Government had neglected to provide La Linea with any help to assist the downside that his border town faces, pointing at the blow that La Linea is suffering due to Covid-19, Gibraltar’s cost of living dip, and the Brexit uncertainty. It is a difficult consequence which is not being eased.

He said “We have a huge problem [caused by cross-border redundancies] because the economic crisis has also reached [Gibraltar], there is inflation there too, and there was a pandemic there also. And in the face of this, we have nothing from the Government of Spain”, pointing out that La Linea alone has a Brexit border and six years had passed since Brexit.

Snr. Franco’s proposal is to have La Linea designated as an autonomous city due to its unique situation bordering Gibraltar. In that way it could tap business opportunities such as Ceuta is tapping, for example gaming and financial services companies in Gibraltar seeking continued access into the EU.

He emphasises, “this isn’t a question of emotions, It’s a question of setting out a territorial solution to the problem that we have, one that is permitted by the [Spanish] constitution.”

He went on to describe the Spanish government’s “Plan Integral para el Campo de Gibraltar” issued after Brexit as a joke. He said that La Linea was condemned by the central Spanish Government “for the simple fact of being a border with Gibraltar.”

WILL ANY GIBEXIT ‘DEAL’ HELP

No direct help seems to be on offer to La Linea from a Gibexit ‘deal’ were one to come about but indirectly (and to the extent Gibraltar’s economy is buoyed up) La Linea will benefit. Snr. Franco emphasises that one in three workers from La Linea is employed in Gibraltar, one in three locally in La Linea and the other third is unemployed.

La Linea waits patiently on the announcement of a Gibexit ‘deal’ as does Gibraltar. In the meantime, Snr. Franco’s campaign for more help from Madrid continues.