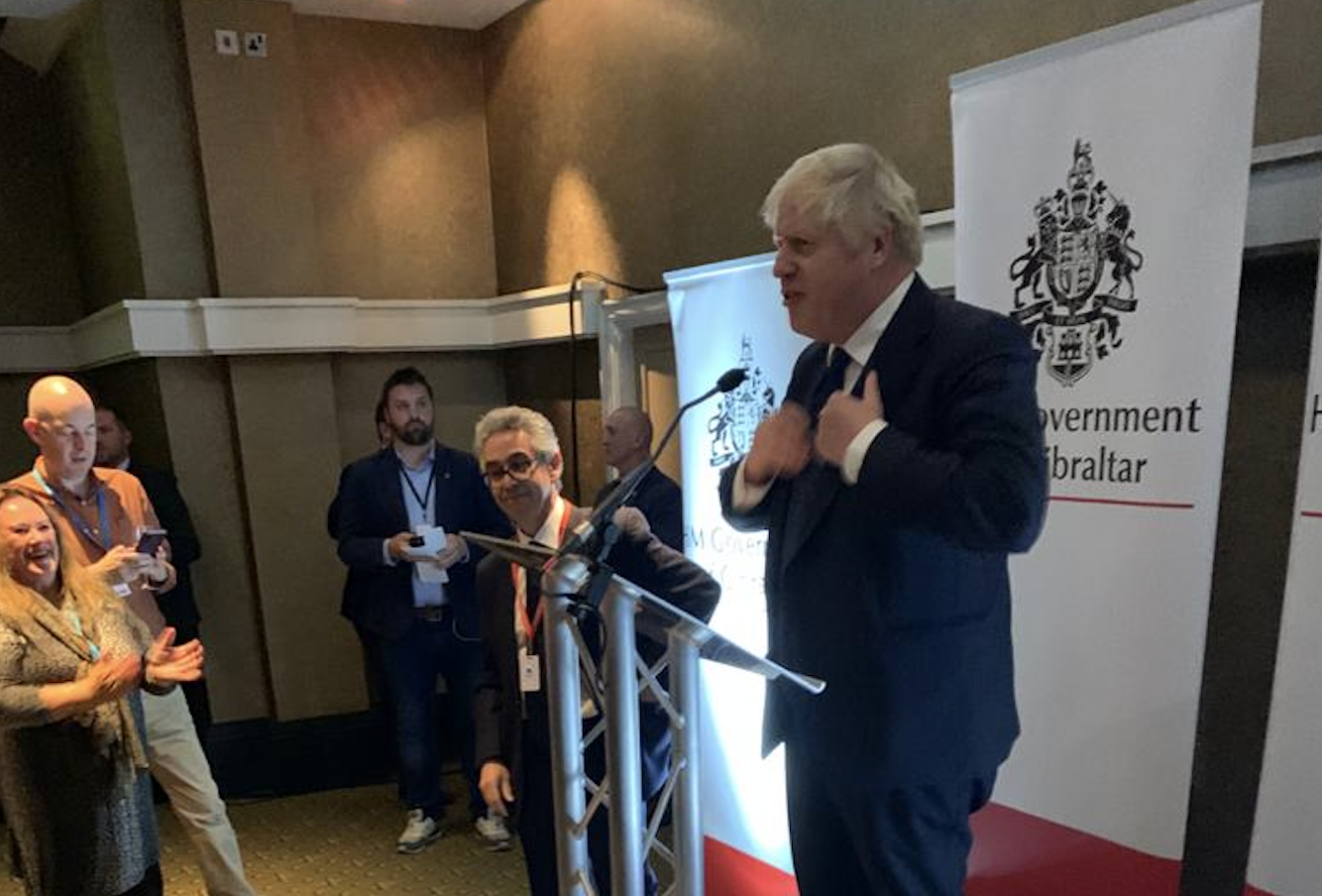 Prime Minister Boris Johnson on Sunday highlighted the supply of Covid-19 vaccines to Gibraltar as a testament to the Conservative party’s commitment to the Rock and its people. Speaking at a reception hosted by the Gibraltar Government on the s...

Prime Minister Boris Johnson on Sunday highlighted the supply of Covid-19 vaccines to Gibraltar as a testament to the Conservative party’s commitment to the Rock and its people.

Speaking at a reception hosted by the Gibraltar Government on the sidelines of the Conservative party conference in Manchester, Mr Johnson delivered a short but rambunctious speech to cheers and applause from the packed room.

Mr Johnson should have been introduced by Chief Minister Fabian Picardo, who had to cancel the trip at short notice after testing positive for Covid-19 on Friday following a trip to the UK last week for the Labour party conference in Brighton.

“One thing that makes me particularly proud is that when my friend Fabian Picardo said that the people of Gibraltar needed vaccines, this country was able to help,” Mr Johnson said.

“Because Gibraltar is British.”

The Prime Minister said he was saddened that Mr Picardo had tested positive for Covid but added: “He will be fine”. 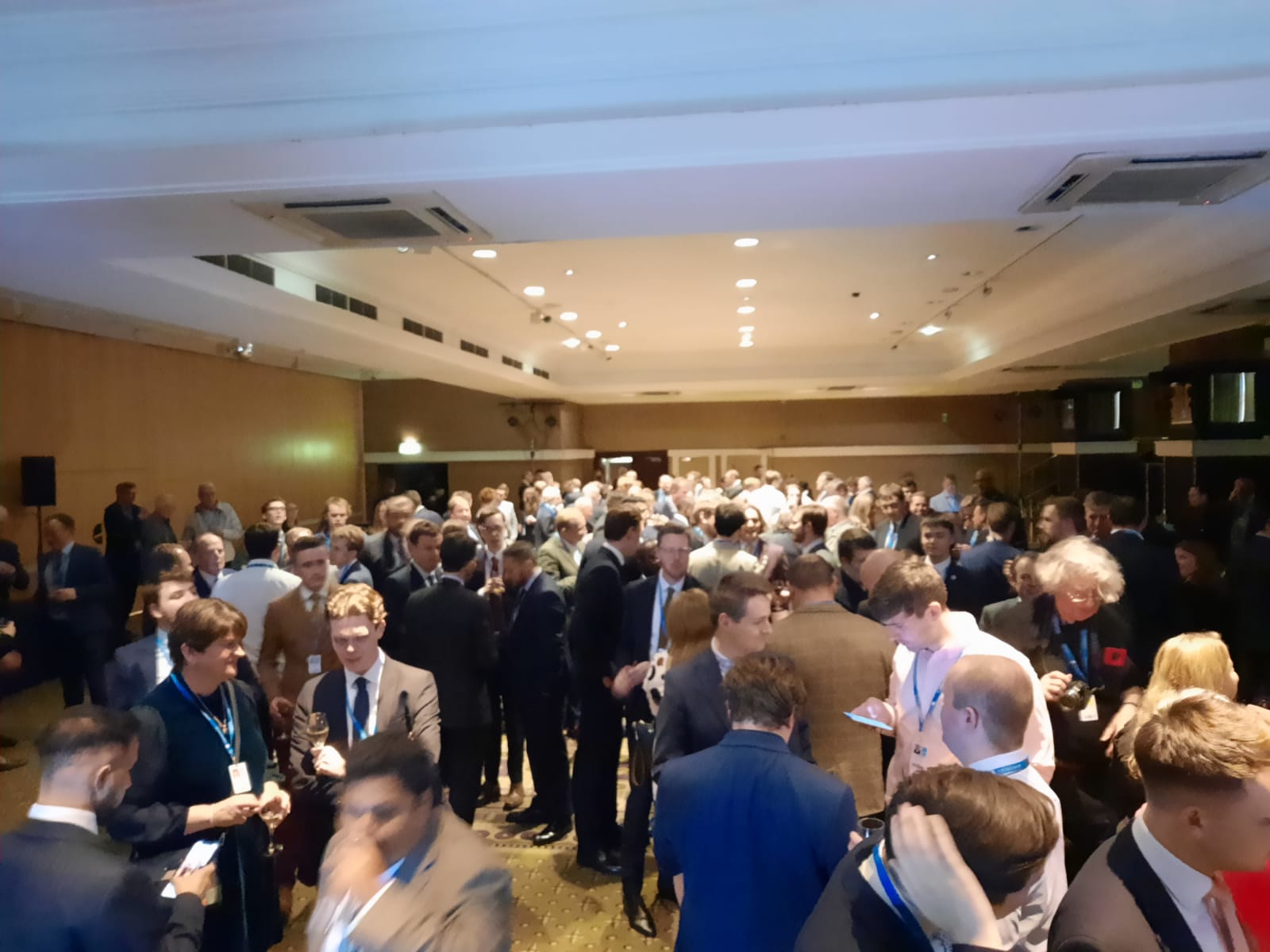 In delivering the speech, Mr Johnson posed questions to the guests and asked them why it was that the UK was “the most open society and economy of any European country”.

The answer he was looking for was the UK’s vaccination program, though on several occasions the word “Brexit” instead came from the crowd, a factor Mr Johnson quipped had been “of great value” to his “dynamic” government.

In a nod to recent history, Mr Johnson reminded guests that it had been a Labour government that floated the joint sovereignty proposal two decades ago.

“And they have chosen to be British and we love them for it and we will make sure that we stand Rock-like and steadfast in our support for Gibraltar.”

Earlier on Sunday evening Dominique Searle, Gibraltar’s representative in the UK, had welcomed the Prime Minister to the event on Mr Picardo’s behalf.

The Chief Minister, he said, “…would have reinforced the message that Gibraltar is a vibrant democracy, that it has the right to self-determination and because of that, an overwhelming free choice by Gibraltar to remain British."

He noted that Gibraltar had honoured the Royal Air Force with the Freedom of the City recently, acknowledging the lifeline that that the RAF’s delivery of the vaccines had represented for the Rock.

And in the spirit of the speech the Prime Minister was poised to deliver, he had this message too from the Chief Minister: “Thank God - and Boris - for the vaccine.”

On Twitter, Mr Picardo posted a video of Mr Johnnson's speech and thanked the Prime Minister for “a barnstorming speech” in support of Gibraltar.

This evening I would have been hosting the #Gibraltar @GibraltarGov reception at #CPC21. Unfortunately, as I contracted #COVID19, I was unable to attend. The Prime Minister @BorisJohnson gave a barnstorming speech in support of The Rock! pic.twitter.com/mD4J6uFFVI