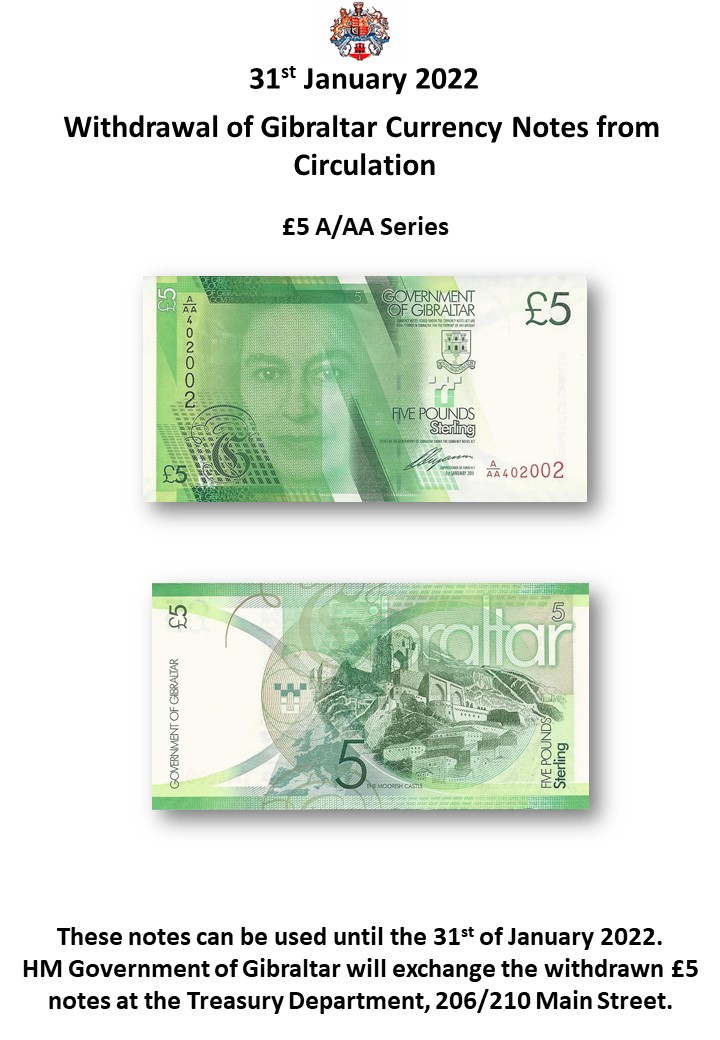 The Government has announced the issue of a new £5 Currency Note. 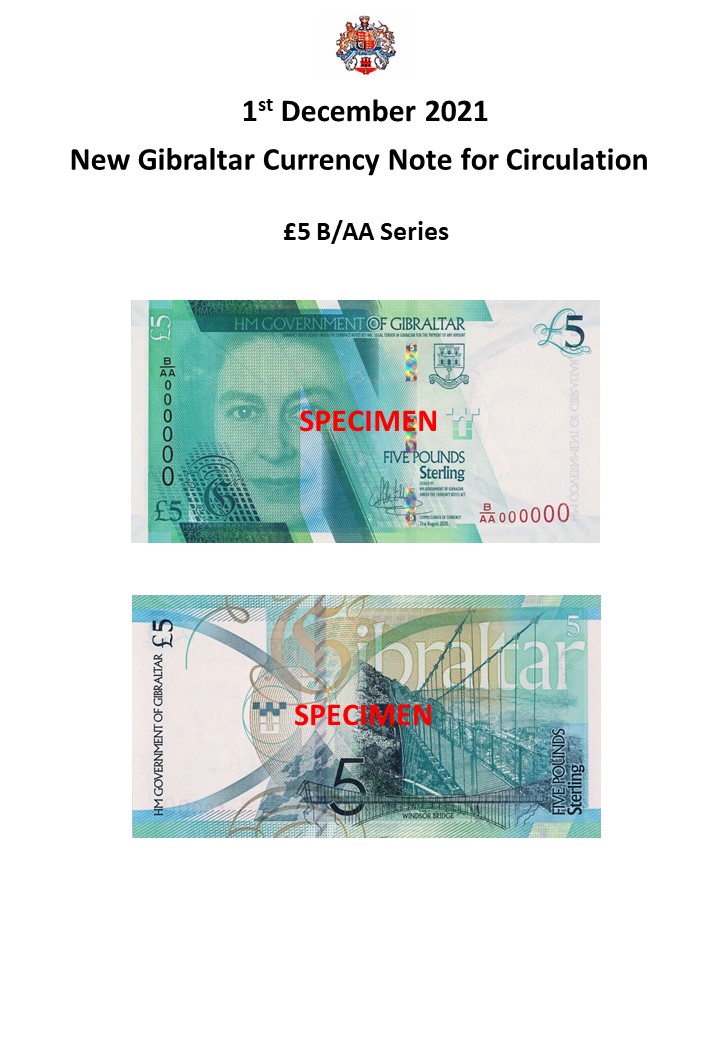 The Government has announced the issue of a new £5 Currency Note.

The new £5 note printed by De La Rue, has a green-beige colour scheme, with the image of Her Majesty Queen Elizabeth II on the front and the Windsor Bridge depicted on the reverse. The note is slightly smaller in size than the current £5 note and new security features have been incorporated.

These new £5 notes with the prefix letter B/AA will be issued as from the 1st December 2021.

Demonetised notes will however continue to be accepted by the Ministry of Finance, Treasury Department, at 206/210 Main Street. 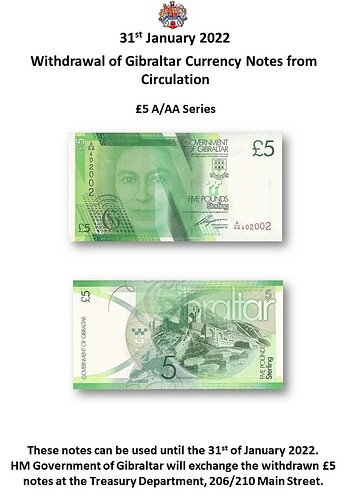