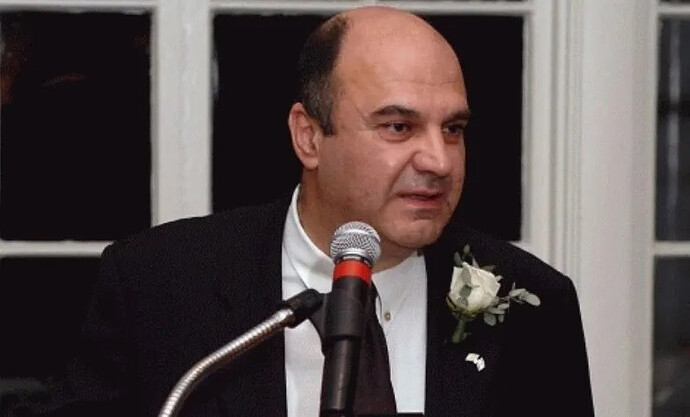 by Jim Hoft Physician and Scientist Prof. Shmuel Shapira MD has been the Director of the Israel Institute for Biological Research for 8 years from 2013 to 2021. He recently claimed that mRNA vaccinations caused the monkeypox outbreak, as reported by

Physician and Scientist Prof. Shmuel Shapira MD has been the Director of the Israel Institute for Biological Research for 8 years from 2013 to 2021. He recently claimed that mRNA vaccinations caused the monkeypox outbreak, as reported by Kanekoa Substack.

Prof. Shapira, who suffered from an adverse reaction following his third Pfizer vaccine, was suspended by Twitter last week and was compelled to remove a tweet where he linked the monkeypox outbreak to the Covid vaccines.

“Monkeypox cases were rare for years. During the last years, a single case was documented in Israel. It is well established the mRNA vaccines affect the natural immune system. A monkey pox outbreak following massive covid vaccination: *Is not a coincidence,” Shapira wrote on his Twitter.

Each incident may not be tied to the vaccine, but the clustering and timing suggest differently, the professor added last week.

On Tuesday, Prof Shapira wrote again regarding the obscured long-term side effects of the mRNA vaccine.

Professor Shmuel Shapira, M.D., MPH, served as the Director General of the Israel Institute for Biological Research (IIBR) between 2013 and 2021, where he led Israel’s effort to develop a coronavirus vaccine.

Prof. Shapira is also the founder and head of the Department of Military Medicine of the Hebrew University Faculty of Medicine and IDF Medical Corps. He is a Senior Research Fellow at the International Institute for Counter-Terrorism (ICT) at Reichman University in Israel.

Shapira previously served as Deputy Director General of the Hadassah Medical Organization and as the Director of the Hebrew University Hadassah School of Public Health. He is a Full Colonel (Res.) in the Israel Defense Forces (IDF) and served as the IDF Head of Trauma Branch.

On June 8, 2022, Shapira said: “I will continue and ask why give an outdated fifth vaccine that does not prevent disease and apparently causes many significant common side effects.”

On July 5, 2022, Shapira discussed the “son of a 36-year-old Australian friend” who developed “severe ventricular arrhythmias and went into heart failure” only “days after the second Pfizer vaccine”.

“The compensation is automatic by the Australian government,” he said. “Despite the behavior of their government they admit to the connection and the phrase ‘no connection’ does not appear in the lexicon.”