Is Humanity Being Sterilized?

Is the global elite intent on sterilizing men in an effort to control the population?

Is the global elite intent on sterilizing men in an effort to control the...

Much of our societal circumstances are engineered rather than organic in nature. Ideas and norms that are thought to have emerged organically will meet with less resistance than those known to have been promoted by those with an agenda… Interesting...

Much of our societal circumstances are engineered rather than organic in nature. Ideas and norms that are thought to have emerged organically will meet with less resistance than those known to have been promoted by those with an agenda… 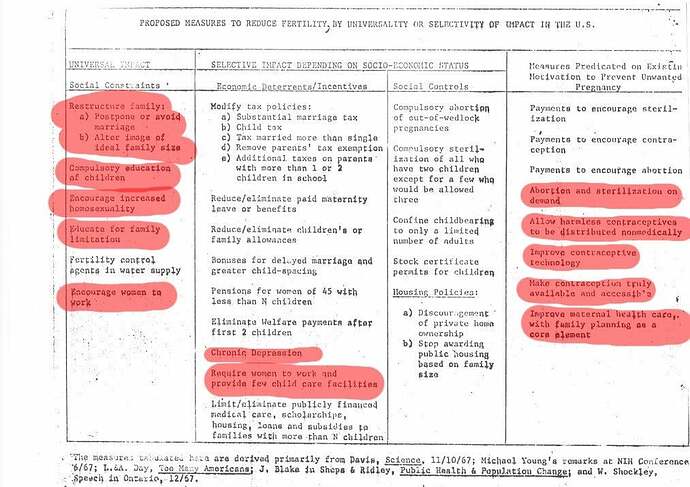 Interesting that “chronic depression” is listed amongst a bunch of potential state policies in the 2nd column.

The decrease in fertility rate for women is well-known and accepted (4th graph in this article).

For men, however, we lack data and the results aren’t taken seriously… The latest study in date, a follow-up to the 2017 meta-analysis of Levine et al., shows that sperm count is declining at an accelerated pace (now at 2.64% per year) and throughout all parts of world.

Scientists are now calling for a recognition of decreased male fertility ‘as a major public health problem’, and indeed important ‘for the survival of the human (and other) species’.

Here a nice summary of the current state of the things:

‘Some phrases bear repeating, and the warning of Levine et al in their landmark paper of 2017 that a ‘strong’ decline in count was the ‘canary in the coalmine’ holds true yet again in their latest update. The canary is still chirping its warning – but now with even greater force – in its implications for male reproductive and more general health.

‘The group’s first report of a significant decrease in sperm concentration and count was derived from studies published between 1981 and 2013 and based only on findings from men in North America, Europe and Australia. The latest analysis now extends the geography to include studies from South and Central America, Asia and Africa and thus presents a more complete picture of global trends in sperm count – and with data drawn from studies up to 2019. 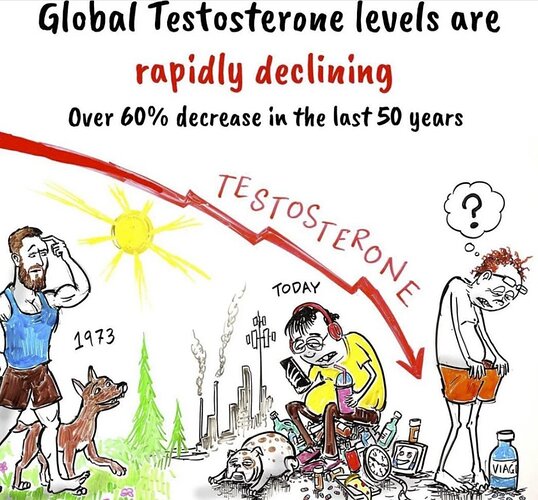 ‘It is, say the authors, now ‘the largest ever to examine temporal trends in sperm counts’, with results extending the decline reported in the 2017 as steeper and with even greater implications for male health. ‘We hope that the new evidence provided here will receive attention not only from clinicians and scientists, but also from decision-makers and the general public,’ the authors urge. This, as the Male Reproductive Health Initiative and others have noted, is not an isolated call.

‘The latest analysis added seven years of sample collection and 44 study results to the 244 included in the earlier 2017 analysis. That study, in its analysis of data trends between 1973 and 2011, found an average decline in mean sperm concentration of 1.6% per year, and an overall decline of 59.3%. The latest study found an even steeper decline – to 2.64% post-2000 and an overall fall of 62.3% among unselected men. This, add the authors, represents a decline of –4.70 million/year, and indicates that this world-wide decline is continuing into the 21st century at an accelerated pace. 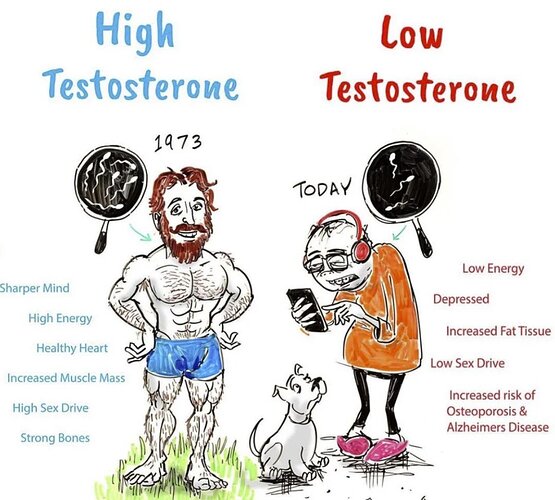 ‘Back in 1992, in the first major analysis of sperm counts, Carlsen et al had described the decline they found as ‘genuine’ and thereby a cause for concern.(6) However, the question of reliability remains, and Levine et al, recognising its continuing controversy, ask if their results, even with such great numbers, might simply be the results of a random decrease. In response, they note a paucity of studies showing no decrease and the rigour of their own methodology (adjustments for covariates and fertility status, and sensitivity analysis).

And what about the canary in the coalmine?

‘Even the Carlsen paper of 50 years ago made a link between falling sperm counts and testicular cancer and hypospadias. Since then, countless studies have shown associations between low sperm count and increased rates of all-cause mortality and some other cancers. 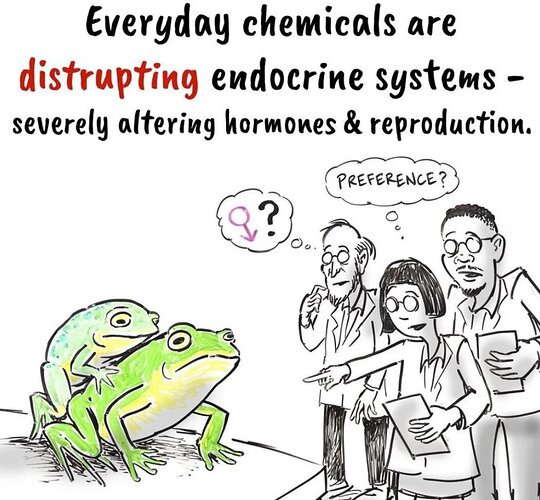 ‘Indeed, at the Male Reproductive Health Initiative Campus meeting in September Michael Eisenberg, director of male reproductive medicine at Stanford, similarly proposed that male fertility offered ‘a window’ on later health, with evidence of associations with cancers, cardiovascular disease, metabolic and immune conditions, hospitalisations and mortality. His own and other studies have shown a clear correlation between semen parameters and life expectancy.

‘The authors here acknowledge that ‘sperm count is an imperfect proxy for infertility’, but is ‘closely linked to fertility chances’. Thus they note that, while a sperm concentration beyond a threshold of 40–50 million/ml does not necessarily imply a higher probability of conception, the probability of conception does drop rapidly as counts decline below this threshold. 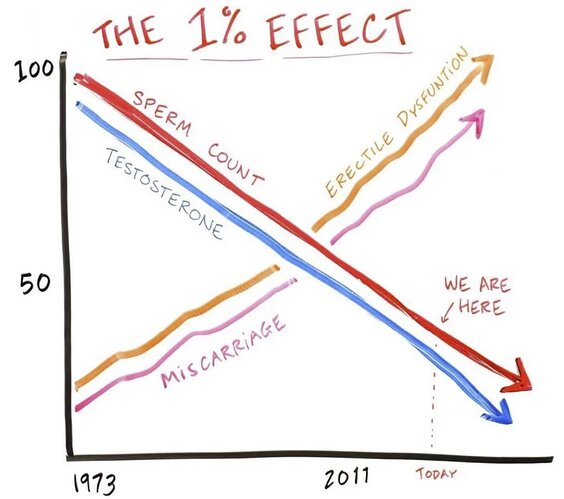 ‘On a population level,’ they explain, ‘the drop in mean [sperm concentration] from 104 to 49 million/ml that we report here implies a substantial increase in the proportion of men with delayed time to conception.’ This, despite the widespread uptake and success of ICSI, attributes a major responsibility of sperm count to the world’s plunging fertility rates. 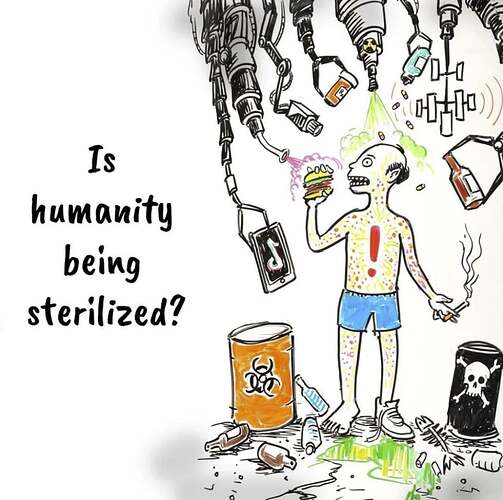 ‘This indeed reflects the doomsday scenario of Aitken and others, with Levine et al now calling for a recognition of decreased male fertility ‘as a major public health problem’, and indeed important ‘for the survival of the human (and other) species’. 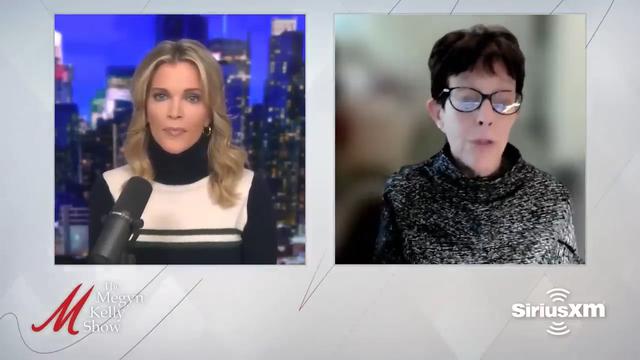 Alarming Decline in Sperm Count and Testosterone in Men Worldwide, with Dr....

Megyn Kelly is joined by Dr. Shanna Swan, author of “Count Down,” to discuss the research she’s done on sperm count and testosterone, the massive declines she's documented worldwide, how the trends are getting worse, and more. Read the post/thread … 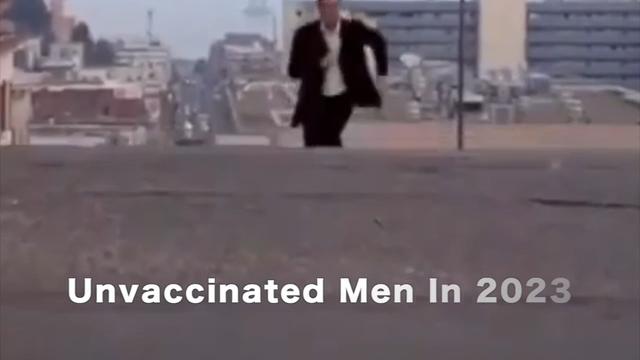 Read the post/thread at Defending-Gibraltar that contains this video: Is Humanity Being Sterilized? https://defending-gibraltar.net/t/is-humanity-being-sterilized/4457