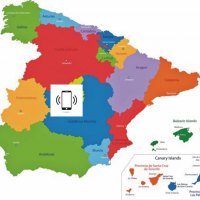 The location of Gibraltarians in Spain is being tracked through the signal pinged to their Gibraltar mobile phones from Spanish telecoms masts.

This means that the number of visits to Spain, the duration of the visit and the location travelled can be monitored.
STUDY
This has emerged following a study by Spain’s Instituto National de Estadistica (INE) which captured and monitored mobile phone signals as part of an "experimental" survey conducted for tourism purposes. The key factor in the survey was the origin of the mobile telephone operator used by the visitor to Spain, which was taken to be the home nationality or point of origin of the tourist.
GIB TOURISTS
The survey revealed that in the first four months of 2021 there were 21,293 visits to Spain by Gibraltarians. There were only 565 of that number who strayed outside the nearby provinces of Cadiz and Malaga.