In the Mediterranean, Megayachts Do Megadamage

In the Mediterranean, Megayachts Do Megadamage | Hakai Magazine

From anchors to engines, large private yachts can leave problems in their wakes.

Today, nearly 10 percent of the recreational boats in the Mediterranean are megayachts. They are the fastest-growing segment of the boating industry and their prevalence has boomed with the global pandemic.

Whether privately owned or chartered, megayachts can leave outsized environmental damage in their wakes. In a new paper, Arnau Carreño and Josep Lloret, both researchers at the University of Girona in Spain, explore the extent of this damage, and offer ways governments can mitigate it through regulation. Yet regulating megayachts, they add, could be a difficult political battle. Nautical tourism in the European Union generates US $32-billion in revenue annually and supports more than 230,000 jobs. Port cities often invest millions in infrastructure in the hopes of attracting yacht owners and their spending.

Megayachts’ enormous anchors can destroy Neptune seagrass close to shore, which serves an essential function in the ecosystem by cycling carbon and producing oxygen, maintaining balance for other species.

The boats also bring along heavy metals such as zinc and copper in their paints that can have drastic effects on fish populations, and find their way into seafood.

Yachting is big business in Gibraltar - 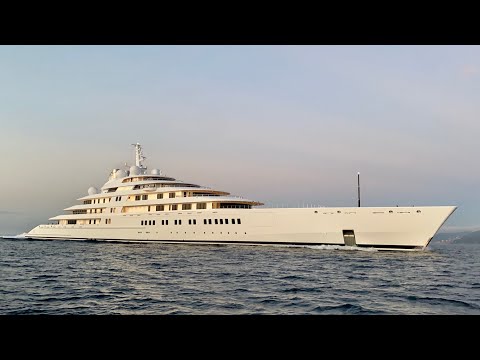 It's just ironic that the rich and powerful elites keep pushing a green agenda, when apparently it doesn't apply to them, either by yachts, private jets and the like. Then countries get sucked into catering to all their whims for money. Well, the green agenda does apply to them, because they plan to make mega-profits.